Wear Your Music – The Story Behind the Bracelets

By ellen_mallernee_barnes 23 July 2013
share:
This is a modern story. Boy meets girl online — through a Craigslist post, but not that kind of Craiglist post! This boy and this girl weren’t looking for love but for purpose. When Steve Bernstein and Hannah Garrison first came into contact, it was a case of almost immediate mutual admiration. So much so that they agreed to found their company, Wear Your Music, the very same day. 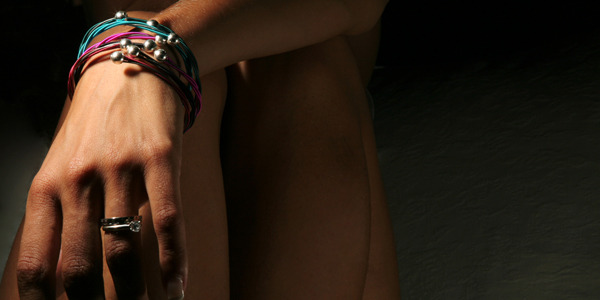 Later will come Keith Richards, John Mayer, and nearly 200 other guitar heroes; later they will scrape together some half a million dollars - one guitar string bracelet at a time - and give it all to charity. But on this day back in 2006, high atop a Manhattan skyscraper, there is just the young, pull-no-punches Hannah Garrison, who sits down across the desk from longstanding magazine editor and Wall Street executive Steve Bernstein. Then working as publisher of Relix Magazine, Steve was plotting a way to sell more ad space to guitar string companies. He thought that it would help if he could somehow encourage even non-guitarists to buy strings, so he posted the Craigslist ad offering money in exchange for the best idea for repurposing guitar strings. Within three hours, 160 responses appeared in his inbox. One of these was from Hannah, who was living nearby and happened to be trolling the classifieds on Craigslist. When Hannah ran across Steve’s ad, she thought immediately of the elaborate guitar string bracelets she’d made for friends for years. A trained jeweller, she since moved onto other jewellery-making ventures, but needless to say, her interest was piqued. “As soon as I read Hannah’s response, I said, ‘That’s it’, and I shut down the ad,” says Steve. “She came over and an hour later we set up the company.” Hannah will take over the story from here: “Steve said, ‘How about making guitar string bracelets from famous peoples’ strings? And I was like, ‘Yeah, I’m in,’” recalls Hannah. “He’s said, ‘What about giving the money to charity?’ And I was like, ‘Charity and recycling — sounds like a plan. Let’s make a company.’ “Looking back, it’s shocking that he would have put all this faith in me, but since day-one he’s really trusted me. And the company’s become really successful, so he made a good decision.” 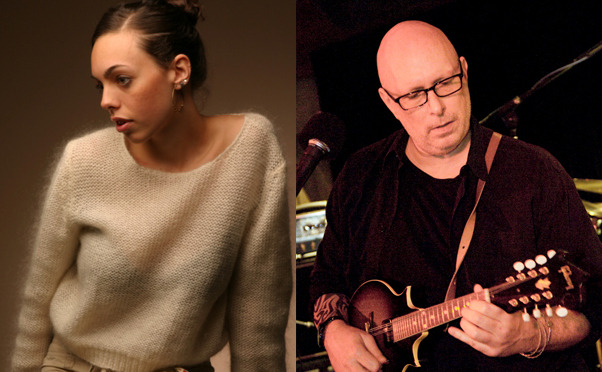 Together Steve and Hannah outlined the philosophy that still guides the company today - one that focuses on donating most of their profits to charities, one that buoys the green movement by recycling terrific amounts of guitar strings, and one that needs little marketing effort thanks to the famous names attached to the bracelets. Steve now lives in Hong Kong, where he acts as CEO of SinoPac Solutions and Services Limited, and Hannah lives in the tiny, now-defunct mill town of Woonsocket, Rode Island, from where she runs Wear Your Music. Just adjacent to Hannah’s desk, the artist bracelets are organised in candy-coloured pencil boxes and stacked to the ceiling. There’s a Pack n’ Play nearby, where her small daughter plays. Elsewhere there are cardboard boxes brimming with used guitar strings, which Hannah is putting to good use with the new Rock Recycled line of jewellery. It used to be that Hannah crafted each and every bracelet by hand, but now she sends them off to be made by a jeweller in New York’s Diamond District. Another change: In the beginning they sold only what they call Artist Bracelets - bracelets made of guitar strings played by one of the 170+ artists who have donated to Wear Your Music, with funds from each sale going to a charity of the artist’s choosing. They’ve since added the popular One-Size-Fits-All bracelets (available in gold, silver, black, red, pink, teal, and red-white-and-blue). Durable, dynamic and surprisingly chic, the product has taken off, not only because of the company’s noble accomplishments, but also because of the bracelets’ universal, unisex appeal. The Rock Recycled bracelets are the most recent addition to the Wear Your Music product line. “We want to be the place where people send their used guitar strings,” says Hannah. “We don’t want to see any more guitar strings ending up in a landfill.” Reflecting on the enormous success of Wear Your Music, both Hannah and Steve say that’s what happens when you act on a really good, simple idea. “People are always asking musicians to play their events for charity, but time is money for musicians. If they can raise money for charity without putting in much of an effort therefore, it’s almost a no-brainer,” says Steve. Steve tells the story of late music pioneer Les Paul, who when donating his strings to Wear Your Music, proclaimed, “This is a really good idea!”

“No, inventing the electric guitar was a really good idea,” says Steve with a wry smile. “This idea is just kind of OK.”