Universal What? The Essentials of Hong Kong Politics

By crystal_wilde 26 June 2014
share:
You can hardly open a newspaper, webpage or conversation in Hong Kong at the moment without being hit with the words “July 1st protests”, “Occupy Central”, “unofficial referendum” or “universal suffrage”. But if you’re not completely up on your local politics, the differences and connections between these concepts may seem a little blurred. Let Localiiz explain what’s going on, who’s involved, and whether or not you need to panic, with the help of China specialist David Zweig. 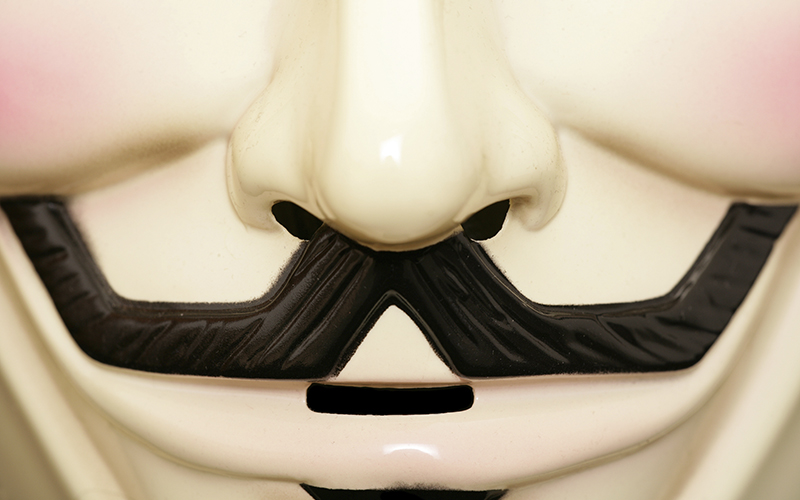 The History Universal suffrage and democratic development were hot issues in Hong Kong even before the transfer of sovereignty from Britain to China in 1997. Full universal suffrage (the right of the public to directly elect their representatives), was never granted by the British. 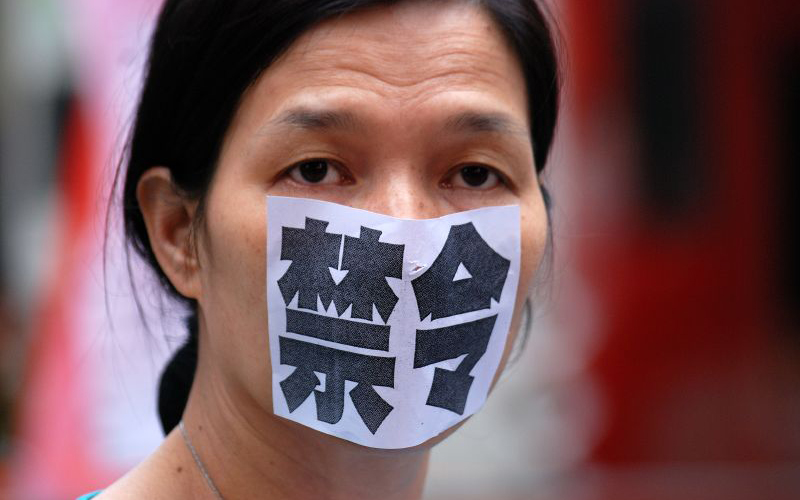 The Present Despite widespread and long-running popular support, Hong Kong’s move towards democracy has been undeniably impeded by China’s reluctance to loosen its grip on power. Hong Kong’s chief executive is elected in one sense of the word, voted for by the public once nominated by a committee of 1,200 people, selected by China. Many on the committee are elites with business interests in China, so it is a distinct possibility that they feel pressure to maintain a pro-China stance. Following a public consultation in May, the Hong Kong government is due to submit proposals to Beijing, asking for approval to introduce universal suffrage in the 2017 elections. Pro-democracy groups are concerned however that voters will only be given the chance to pick from a list of candidates already vetted by China. What China Says In a policy paper released by China on June 10th 2014, the government said some Hong Kongers seemed to be “confused” about the limits of autonomy under the ‘One Country, Two Systems’, introduced by former leader Deng Xiaoping at the handover to maintain China’s interests. China has also said repeatedly that electoral candidates must be vetted by a committee in accordance to existing law. Our Expert Says Hong Kong academic and China specialist David Zweig expects little to change on the Mainland, but says Hong Kong will lead the way if it does.“I'm not overly optimistic about seeing democratisation in china. The big question is what will happen here over the next four years. Do they have the guts to let a democrat run? If not, we’re even less likely to see any liberalisation of china.” 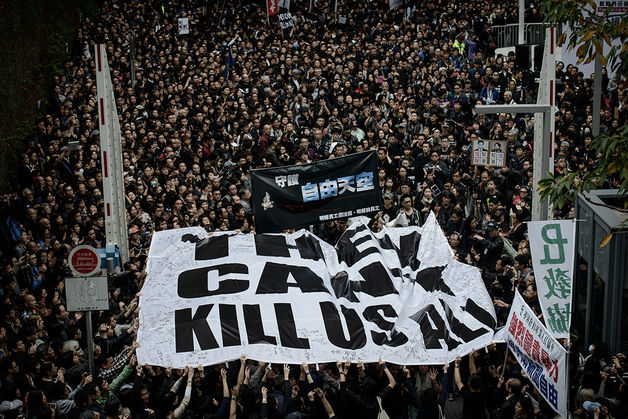 The History First introduced after the 1997 handover by the Civil Human Rights Front, the July 1st Protests, on HKSAR Establishment Day, drew their first large crowds in 2003, when 500,000 marched against Article 23, an anti-subversion law. Since then, the rallies, which go from Victoria Park to the government offices, have been used as a mouthpiece for those supporting democracy, freedom of speech, the rights of minorities and universal suffrage. The Present This year organisers expect an extra-large turnout due to the debate over the 2017 election. There is also likely to be 10,000 or so students from breakaway groups of Occupy Central (see below), attempting to block roads and business entrances to demand a democratic process for nominating Hong Kong’s CE. Due to the extra controversy surrounding this year’s protests, the police are taking no chances, deploying some 4,000 officers to the scene and turning the Police College into a temporary detention centre, estimated to be able to accommodate more than 3,000 people. It will be seen as somewhat of a test run for Occupy Central. 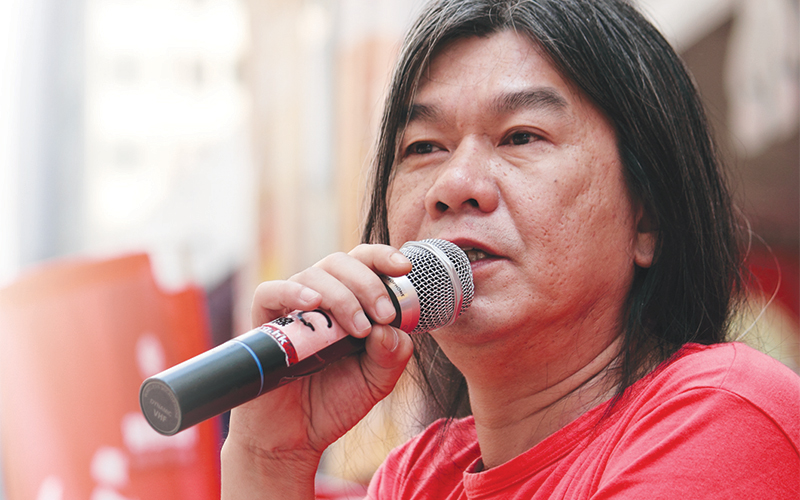 Our Expert Says David Zweig says the students attending the July 1st rallies are not led by the founders of Occupy Central, and are more likely to be listening to Long Hair (Leung Kwok-hung), the left-wing political activist and lawmaker. David does however predict a huge turnout this year, estimating anything up to 250,000. “People in Hong Kong are okay with being part of china if they feel it is liberalising, but when they feel it's going in the other direction, that's when they get nervous.” 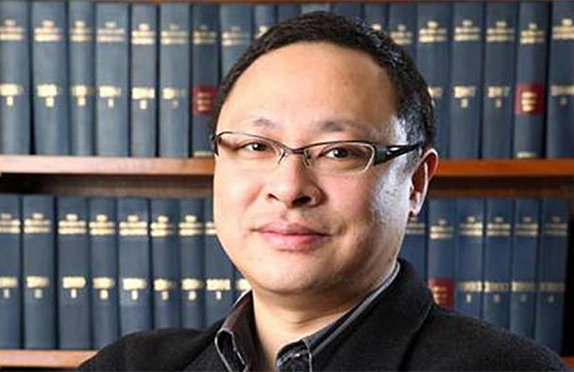 The History Although Hong Kong’s democracy movement essentially started in 1986, when activists staged a mass rally at Ko Shan Theatre in Hung Hom, Occupy Central is about as brand new as it gets. The first suggestion of it came in January last year, when Benny Tai, associate professor of law at the University of Hong Kong, called for an act of civil disobedience if universal suffrage was not realised in the 2017 chief executive election. The Ethos Speaking in at debate about constitutional reform, involving views from all sides, at the Hong Kong Jewish Community Centre earlier this month, Benny explained that Occupy Central has nothing to do with the original Occupy Wall Street anti-capitalist movement, but is solely focused on securing genuine democracy in Hong Kong. He said, “The whole thing is very much inspired by the writings of Martin Luther king,” adding “The major dispute is not about one person, one vote – yes everyone will have the right to vote in the upcoming election – but how about the candidates? Who can we vote for?” The Plan 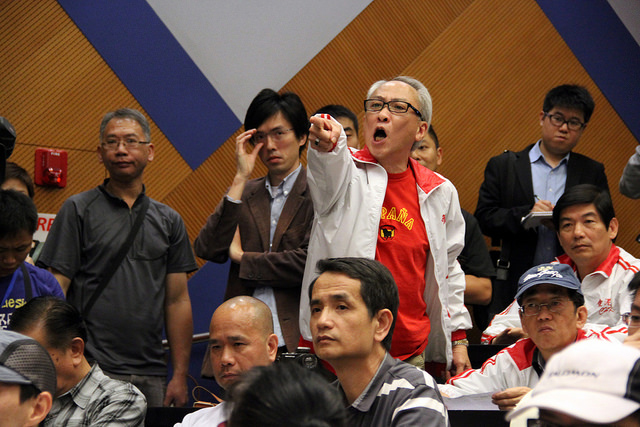 While some students will attend the July 1st marches to demand democracy, the core Occupy Central movement will give the government time to respond to the results of their unofficial referendum (see below) before deciding whether or not to move to civil disobedience. Benny Tai insists that they will only take to the streets as a last resort. The Response China has offered to assist Hong Kong if things get out of hand, and Hong Kong’s commissioner of police warned that "any collective act to hold up traffic unlawfully" would not be tolerated. However few in the city, other than the odd business chamber, feel Occupy Central is going to cause any major problems. Steve Vickers, former Hong Kong head of police criminal intelligence, also insisted this week that any protests will not be "Armageddon". Phew! Our Expert Says David predicts that there are likely to be two forms of Occupy Central, one led by the breakaway students on July 1st, and one led by the core Occupy Central group if Hong Kong’s proposal does not satisfy their demands. “If the proposal is relatively moderate there won't be an Occupy Central. But if there is screening there will be screaming!” David also says that any interference by China would increase support for Occupy Central by up to five percent. “Beijing has said some threatening things: that, if asked, the central government will help out in controlling Occupy Central. Those kind of expression just p*ss people off!” 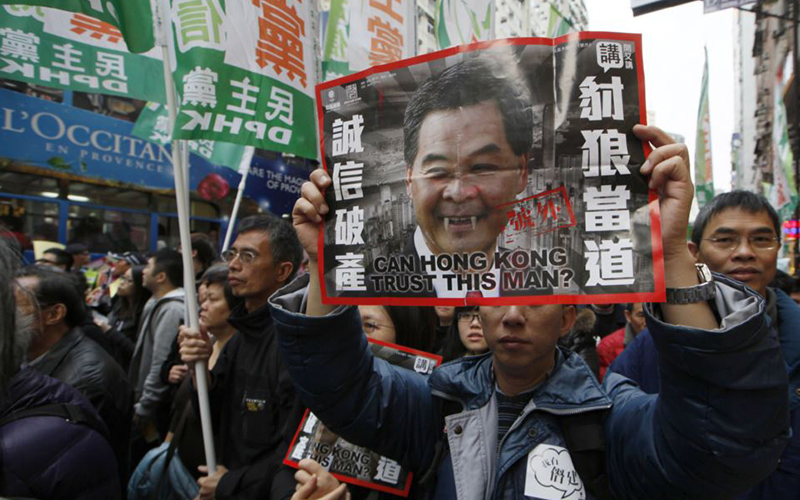 What It Is Occupy Central has commissioned the University of Hong Kong’s public opinion programme to conduct an unofficial 10-day referendum, which will end on June 29th. Hong Kong residents can vote online or at 15 physical polling stations set up around the city. The vote has no legal standing, but civil groups hope a high turnout will bolster their cause. So far, almost 750,000 people have cast their votes. What It Asks Voters must first pick from three proposals for the 2017 chief executive election, all of which allow the public to choose their representatives directly. They are then asked if legislature should veto any government proposal that does not satisfy international standard of universal suffrage. China’s Response Beijing has said: “any form of so-called ‘referendum’ in Hong Kong would not have constitutional grounds, thus being illegal and invalid” - so it’s safe to say they’re not too keen! There were also reports of cyber-attacks on the voting website, 40% of which came from Mainland firms, according to an IT expert who advised the organisers. Our Expert Says “The total number of voters in the referendum suggests that at least half the adult population of Hong Kong wants a nomination process that is more open than the one the Central Government would prefer to give them. Hopefully, it creates some pressure on Beijing to cut a deal with moderate Democrats.”

Take the Stress Out of Moving Abroad with Crown Relocations