The Rules of Being Disobedient

By brian_adams 25 September 2014
share:
In a church basement in Kowloon, miles from Hong Kong’s Central District, the co-founders of Occupy Central with Love & Peace met with a pool of reporters to discuss the movement’s plans to stage a sit-in with thousands of supporters. Preliminary plans include a demonstration similar in location but larger in scale to the previous downtown sit-in of July 2nd. 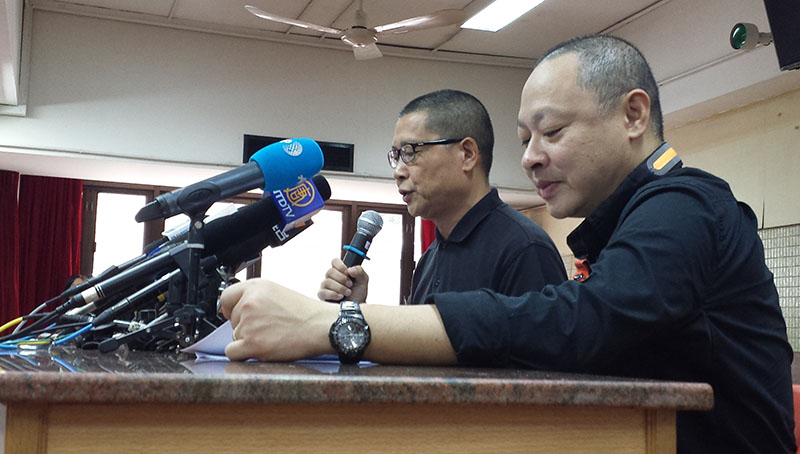 From behind a banner declaring “Step out, and let the world see us”, Occupy Central co-founder Chan Kin-man said the group has applied for a permit to demonstrate in Hong Kong on October 1st, however it is pending approval. “If the police, at the end, does not grant the permit for legal assembly, we will believe it is an infringement on the civil rights of the Hong Kong people,” Chan said. The group is seeking the permit to begin their demonstration lawfully before extending the occupation by a day or two without police approval. Even without a permit, Chan stated that Occupy Central supporters will stage a demonstration that may last several days. “We will still go ahead to occupy, but when we do it and where we do it, we will announce it the day of.” Occupy Central organizers expect to hear if their permit has been successful by this weekend and will make an announcement regarding a final date, time, and location at 3 p.m. on Sunday according to Chan. Joined by fellow Occupy Central co-founder Benny Tai, Chan discussed the rules to be followed and preparations being made by Occupy Central supporters for the demonstration. The group is using a “Manual of Disobedience” covering everything from the philosophy behind civil disobedience to carrying biscuits and energy bars for a prolonged sit-in. The manual also details the rights that police afford demonstrators during arrest. “We expect the police will arrest all the protestors,” Chan said. The need for a manual is important according to Chan. “As a responsible organizer we have to let every single participant understand the legal consequences of their Occupy actions.” Those actions, Tai says, may determine whether Occupy Central can sway the minds of China’s Standing Committee of the National People’s Congress to reconsider its definition of universal suffrage for Hong Kong and reevaluate the selection method of candidates for the election of the Chief Executive in 2017. “It depends on the scale of Occupy Central and the manner of occupation. If it turns into violence, it will not have sympathy from the community.” The movement, even before any future demonstration, is already a success according to Tai, who said the discussion of Hong Kong’s democracy has begun and will be a larger issue in the future. “Success or not, this is a way for Hong Kong’s people to demonstrate their determination to have democracy for Hong Kong,” Tai said.   Got anything cool you'd like Localiiz to share? Send us your stuff!