By Stasia Fong 14 April 2014
share:
If you’re a Hong Kong newbie, a tourist or even an expat who knows little of their new home other than junk parties, dim sum and Lan Kwai Fong, this video is one for you. Do you know why Macau and Hong Kong are kind of China but kind of not? In an attempt to explain the complex backstory behind it all, YouTube channel CGP Grey breakdown the confusing subject with an funny quick-fire video illustrated by the humble stick figure. The YouTube gurus have previously used their unique style to educate the world about other dumbfounding issues, including the US debt limit and the difference between the United Kingdom, Great Britain and England (that’s an easy one though right?). In this instance they turn their attention to how Hong Kong and Macau are both (technically) part of China, although both cities function as their own entities, with their own immigration system, government, police force, currency, postal system and language. 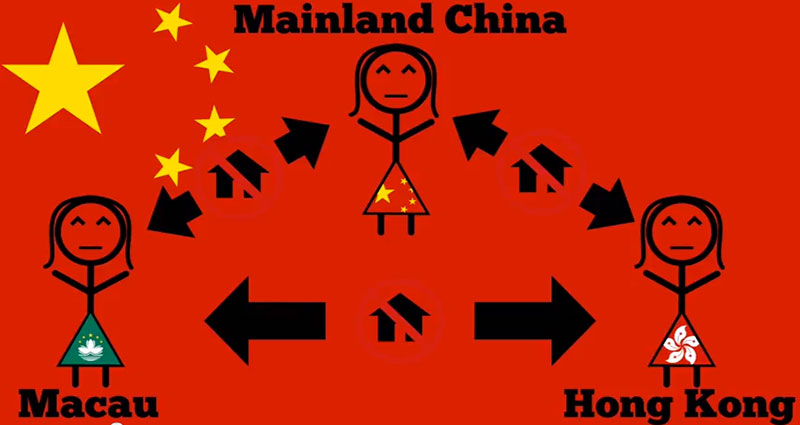 As CGP Grey rightfully points out, Hong Kong and Macau are “the most country-like countries that aren’t countries”. They explain the intricate situation in less than five-minutes, eventually concluding that Macau and Hong Kong are part of China because…“China says so!” They also suggest that the whole “One China, Two Systems” slogan should really be rebranded as “One China, Three Systems” to account for our little sister across the bay.

Hopefully this answers any questions you had about it all in an amusing and easily digestible manner. We have to admit however that we’re still a little baffled!