Government to Meet with Students

By brian_adams 7 October 2014
share:
Following more than two weeks of demonstrations and class boycotts, the Hong Kong Federation of Students (HKFS) will meet with the government to discuss constitutional reform this Friday at 4 p.m. “We are sincere in having dialogue on constitutional development,” said Chief Executive Chun-ying Leung in a video statement. “The first preparatory meeting was held with relevant parties yesterday. I thank all Hong Kong people for their patience.” 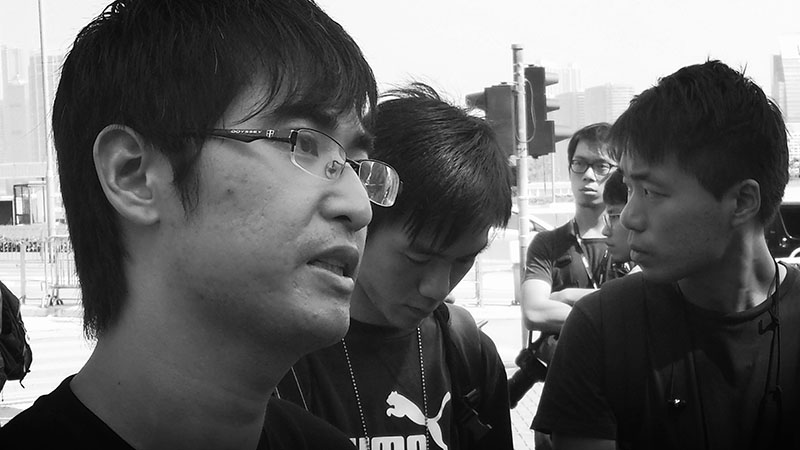 Alex Chow, Secretary General of HKFS, speaks with reporters at the start of student demonstrations more than two weeks ago. PHOTO: Brian Adams/Localiiz