By Localiiz 12 June 2014
share:
June 12th 2014 From the streets to the beat, the once homeless Rocky the Rottweiler has become the newest member of the Hong Kong Police Dog unit. Last September, the two-year-old pup was found by the Society for the Prevention of Cruelty for Animals (SPCA) limping around Yuen Long with an injured paw. Randomly assigned a case number ending in 007, it was clear Rocky was destined for a life fighting bad guys. 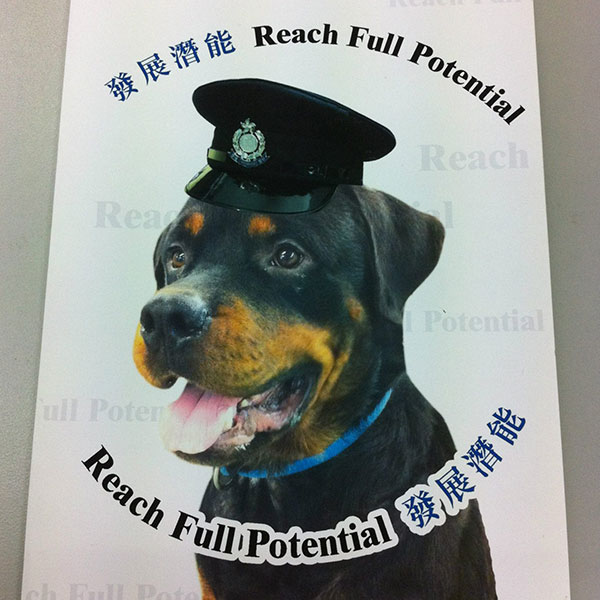 After three months in the kennels, Rocky went from cooped up to career-focused when the police adopted him and set him up in his new digs at the Police Dog Unit Headquarters in Sha Ling. The paw-erful pup, who was rejected by HK families due to his breed’s aggressive reputation, graduated from Police Dog School with flying colours after 16-weeks of training. To congratulate him at his graduation, tearful SPCA staff presented Rocky with a card featuring the handsome pup in a police hat. 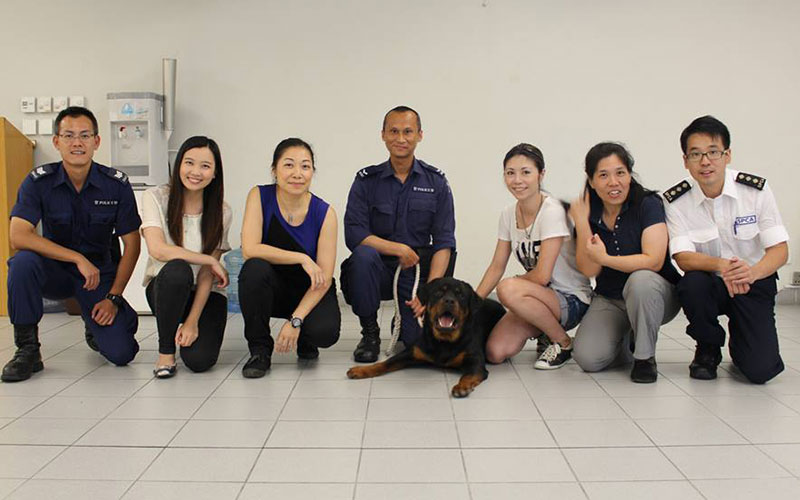 Trained in attacking, patrolling and sniffing out mischief, Rocky will have tongues and tails wagging in Hong Kong as he ensures criminals live a dog’s life. Needless to say, they’re going to experience some major Rocky roads from now on (cue Rocky Balboa theme song)!