Battle for Beijing: A First-Hand Account of the Tiananmen Square Crackdown and What it Means for Hong Kong 25 Years On

By crystal_wilde 4 June 2014
share:
Although many living in China know little or nothing of its significance, June 4th 2014 will be quietly observed by thousands in a candle-lit vigil in Hong Kong’s Victoria Park. As the horrors of the Tiananmen Square crackdown remain fresh in the minds of those who watched it unfold from abroad 25 years ago, we asked China specialist David Zweig for his first-hand account of the killings, and his thoughts on their subsequent affect on Hong Kong's political psyche. 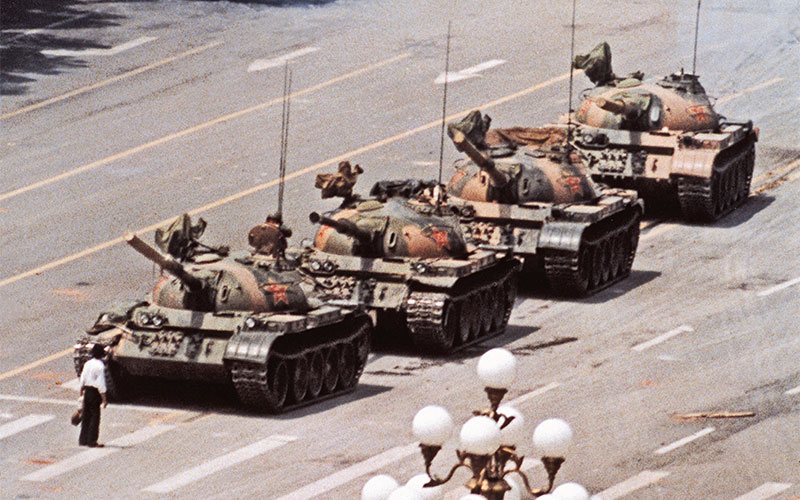 With no official death toll and estimates ranging from a conservative few hundred to a shocking 2,500, it’s safe to say that details about exactly what happened in Beijing on June 4th 1989 remain hazy — a boon to the Chinese government, but frustrating for the demonstrators, their families and anyone supporting transparency and democratic reform in the world’s most populous nation. What is known, though, is that on April 15th 1989, following the death of former Communist Party leader Hu Yaobang, who had worked to nudge China towards a more open political system, thousands of students poured into Tiananmen Square and its surrounding streets for what started as a show of sorrow and quickly turned into fierce anti-establishment protests. 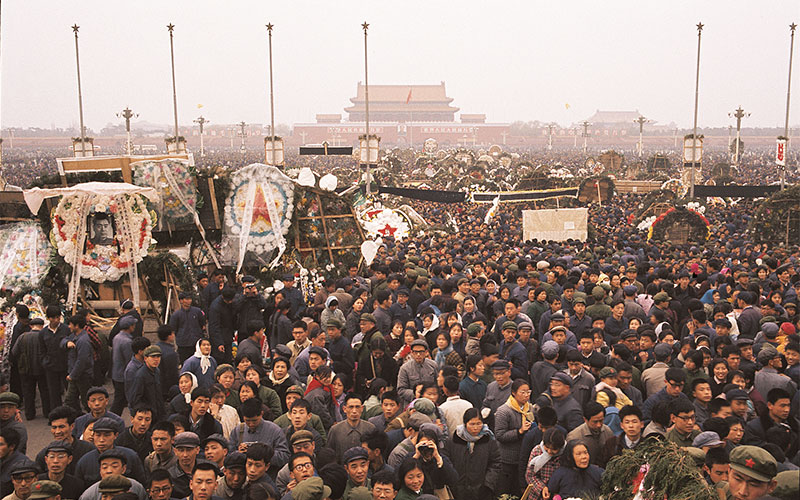 After the implementation of military law did little to quell weeks of unrest, on June 4th Chinese troops opened fire on civilians at the Wukesong intersection on Chang'an Avenue, about 10km west of historic Tiananmen Square. The crackdown marked the death throes of both the demonstrations and the relative openness the country had experienced for several years prior. A Canadian student from fairly conservative Jewish background, David Zweig had long held a curious interest in China. Smitten with the left-wing crowd at York University in Toronto, he, like his peers, saw Mao Zedong’s China through a rose-tinted spectrum — as something new, inspiring and revolutionary to counteract the “bad guys” of the US and the Soviet Union. 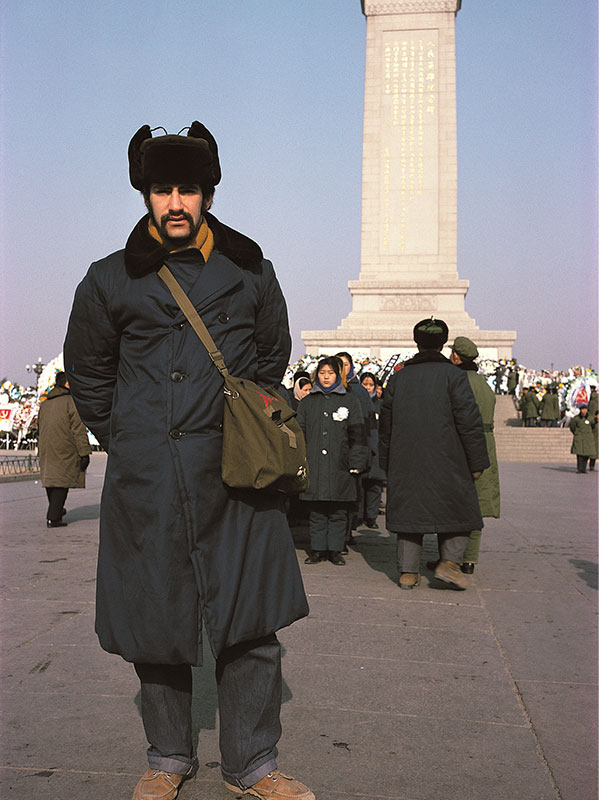 The foundations of David's idealistic expectations only began to show fault lines when he visited China for the first time on a Canadian exchange programme in 1974. Struck by the obvious reluctance of the Chinese to interact and the sense that even his roommates were charged with keeping tabs on his activities, he felt he was "living in a pressure cooker", despite apparent widespread support for the Maoist policies, even, and sometimes especially, among foreign students. But the real disillusionment came with the first large scale protests against Mao and the Gang of Four in April 1976, prompted by the death of former premier Zhou Enlai, a man who had tentatively tried to turn China into a more open society. By June 1989 David had already lived in China on and off for several years, including leading a research team for Harvard University which formed bonds with young reformers. Despite still being a relatively unknown authority on Chinese politics and foreign policy, he was asked to fly from the US into the chaotic scenes unfolding in Tiananmen Square on behalf of Ted Koppel of the American Broadcast Company. 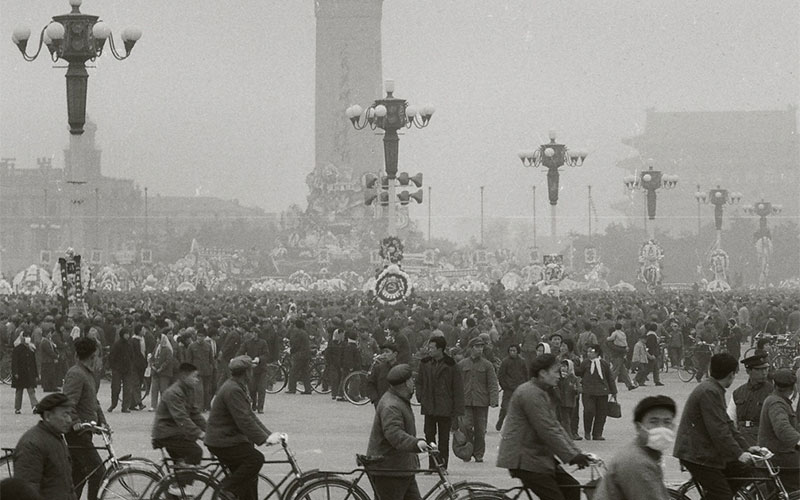 At the time of departure, David knew no more than the rest of the world — no-one was talking to journalists, a million people were marching, a student hunger-strike was still ongoing and martial law had been declared. It wasn't until he touched down in a practically deserted airport that he heard from his taxi driver that the army had started to attack the protestors. Describing his journey into town, David told Localiiz, "When we got off the highway, that's when I saw the mess. The driver was weaving around flipped over buses, everything was dark and smoky, and soldiers lined the streets". 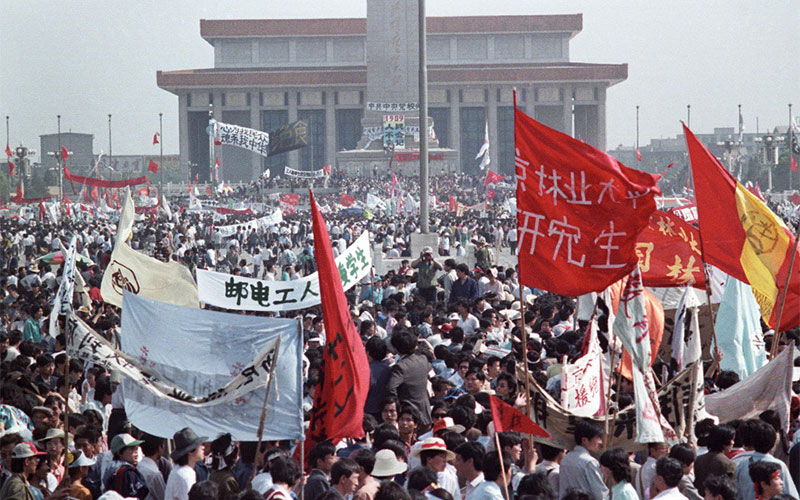 Undeterred and somewhat mesmerized by what was unfolding, David headed straight to the square. "When I arrived I could see fire in the distance, the soldiers were already lined up 200 metres away and I just remember that my heart was beating pretty fast,” he said. “After half an hour, the soldiers dropped on their knees and started shooting over our heads. That's when we all fled.” Reports of a massacre in the square itself were widespread, with Western media describing tanks flattening tents containing the remaining students and helicopters swooping in to remove the bodies in a cover-up attempt. However, a US State Department summary, and David himself, both insist the killings did not take place in sacred Tiananmen Square - believed in Chinese cosmology to be the place where heaven meets earth - but in the surrounding streets and right up to its boundaries. 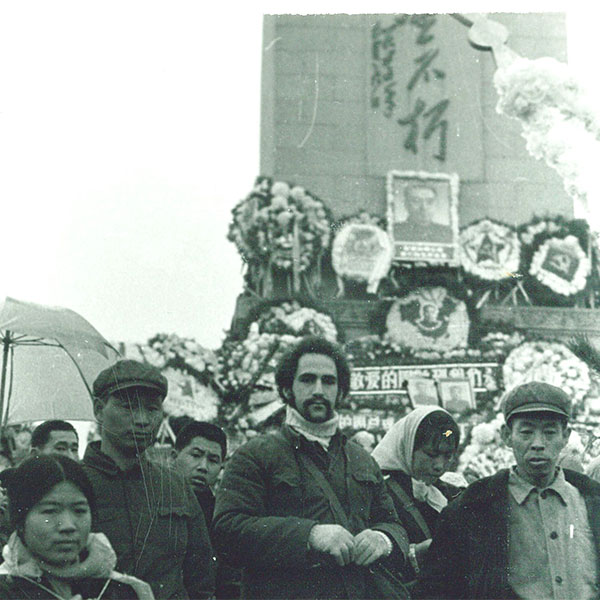 David among the protestors in 1976

Even when David returned to the square on June 6th, the killings were still in full swing. "I could see the soldiers lined up on the edge of the square and the protestors forming a group and moving forwards. The soldiers opened fire and people fell. The shooting stopped and then wagons came around and picked up the bodies. Then half an hour later it would all happen again," recalls David. Once the protestors were finally overcome, thousands were arrested and a significant number civilians were executed, while the vice-like tightening of the state saw a return to hardline rule and stringently curtailed press freedom. To this day, censorship is widespread and heavy, Chinese school books have little, if any, information on the uprising, and many born after this time either know nothing of the protests or remain largely apolitical. 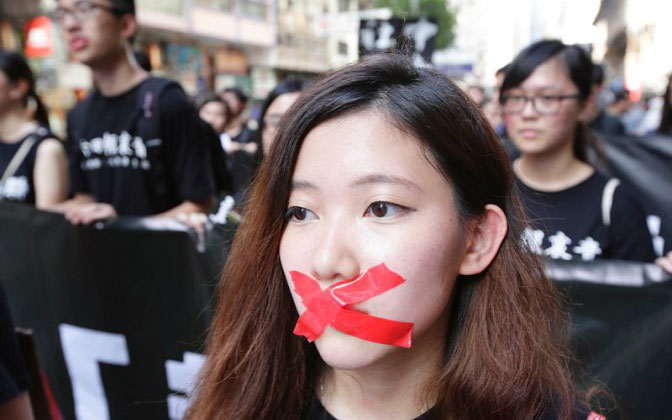 But while the June 4th massacre may be fading from public consciousness on the Mainland, awareness and empathy is stronger than ever here in Hong Kong. Earlier this year, the city’s June 4th Museum was controversially opened by the Hong Kong Alliance in Support of Patriotic Democratic Movements of China, and June 1st saw more than 3,000 people take to the streets to demand that Beijing releases political prisoners and formally acknowledges the bloody crackdown of 1989. The alliance is also expecting a record turnout of at least 150,000 for the June 4th candle-lit vigil in Victoria Park, the only place on Chinese soil where a large-scale commemorative event will take place. Hong Kong in undoubtedly getting more vocal in its dissent, but Beijing's damage control is a force to be reckoned with. In recent weeks, prominent human rights lawyers, journalists and protestors have been detained ahead of the anniversary, and who will eventually claim victory in the battle for China's moral and political heart is still anyone's guess. 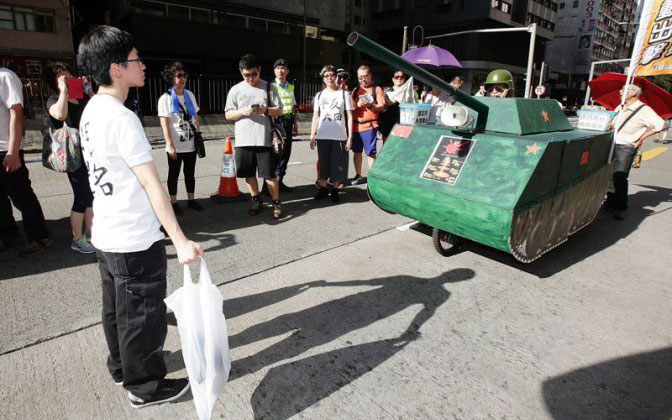 "Ask me in 10 years what China will look like, because now I truly have no idea," admits David. "The longevity of the [Communist] Party is always surprising. I'm sceptical of people who talk the big talk of Chinese democracy because nothing happens. People thought the party would never survive Tiananmen Square - wrong!"

Show your support for the unknown number of victims of the 1989 protests by adding a candle to the glow at Victoria Park from 8pm on June 4th. May they never be forgotten.