Funny or Offensive? You decide as Ryan Stout comes to Hong Kong 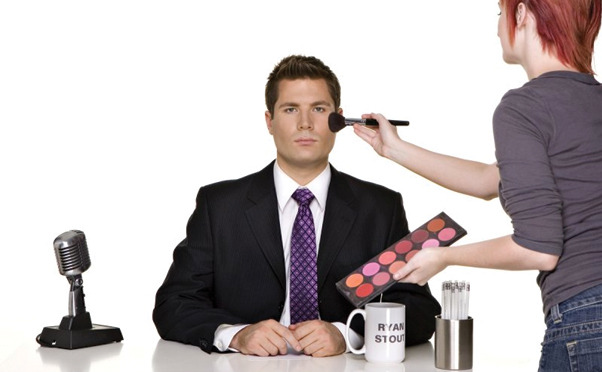 Pit your moral compass against your funny bone and prepare to be offended or amused as superbly cynical US funnyman Ryan Stout embarks on his debut Hong Kong tour. Comedy fans have the chance to catch this suit-clad smirker, a regular on Chelsea Lately and Comedy Central, in a variety of surprisingly intimate settings across the city, including Localiiz favourite Fill In The Blank on Wednesday (May 29th). Having performed almost everywhere else in the world but Asia, the Cleveland-born comic told Localiiz that he does not plan to tone down his morally repugnant but wickedly witty material for Hong Kong audiences.

“My jokes are based on human experience, not geography,” laughed Ryan. “Some people describe my material as offensive, but actually I think it’s the subject matter that’s offensive and the jokes are simply logical. When I talk about suicide, for example, I could say that you should wear Micky Mouse ears so the police have to include them in the chalk outline, which you can’t really deny as a fact. I like to challenge the audience to separate their emotional response from the logical response.”

Ryan insists that his style of humour is more intellectual than aggressive, and while no topic is too taboo, he likes to keep his smart and sterile sets relatively clean, even to the point where swear words are rare.

“I think everything is fair game when it comes to jokes, but a lot of comics will try to take the most shocking angle, which doesn't do it for me,” Ryan continued. “I'm not trying to offend anyone. I'm trying to approach a topic, whether it be the Special Olympics, child molestation or the Make a Wish Foundation, from an altogether different angle.”

Ryan has a wealth of experience on the comedy circuit, first performing at a high school talent show at the tender age 17, undertaking 300+ gigs a year while still at college, and being crowned the king of the Boston International Comedy Festival at 22. But despite his mass accumulation of stage time, Ryan says you can never predict what will happen in a stand-up show.

“Anything and everything can go wrong when you’re on stage,” said Ryan. “I’ve had to deal with lights flickering, waitresses dropping glasses, drunk guys shouting at me from the back row. All you can do is try to relax, learn to be on your toes and accept that anything might happen. It's a very Zen-like quality that I’ve developed over the years by having to deal with plenty of weird experiences and mistakes.”

But whatever goes wrong or right on stage for Ryan during his Hong Kong tour, the Creative Writing major, who has also done a host of hosting for MTV, said he plans to get immersed in the local culture while in town.

“Usually when I tour abroad I’m doing three shows a night, but with ten days in Hong Kong and only six shows, I’m really looking forward to exploring between my gigs,” Ryan explained.

“I’ve been told I have to experience a dim-sum breakfast, a weekend junk trip and a day at Disneyland, as apparently it’s quite a departure from the US versions and I’m kind of curious to see it. It’s going to be as much pleasure as it is business!”

To book a ticket for Ryan’s show at Fill In The Blank, call 2891 7792 or email via their Localiiz profile page