If you’ve ever laid in bed sobbing from movie-induced heartbreak or walked around with a goofy smile plastered over your face because of a film you watched, then you’ll know that romantic films have a special way of reducing people into a puddle of feelings.

Love them or hate them, you have to admit that rom-coms make you root for the characters involved and leave you feeling like you're going on a first date with yourself. If you’re ready to embrace the love this Valentine’s Day, here are our top picks to catch on Netflix Hong Kong that will make you feel all warm and fuzzy inside.

To All the Boys I’ve Loved Before

To All the Boys I’ve Loved Before is the second-most rewatched Netflix film of 2018 and arguably one of the cutest ones to come out of 2018’s rom-com renaissance.

The highly-rated love story follows the adventures of high school student Lara Jean Covey (Lana Condor) after her love letters somehow get mailed to all the boys she’s ever crushed on. In order to save her pride and social life, she seeks the help of the dreamy Peter Kavinsky to pretend to be her boyfriend, and as you would expect, the pair slowly fall for each other. Their bubbly, flirtatious exchanges will have you falling in love right alongside them and texting heart eye emojis for days to come.

This year will see Condor reprising the role alongside young Mark Ruffalo lookalike and internet favourite Noah Centineo in the sequel To All the Boys: P.S. I Still Love You. Lara and Peter’s relationship is jeopardised when John Ambrose, another love letter recipient, reappears in the picture. Catch it on 12 February, just in time for Valentine’s! 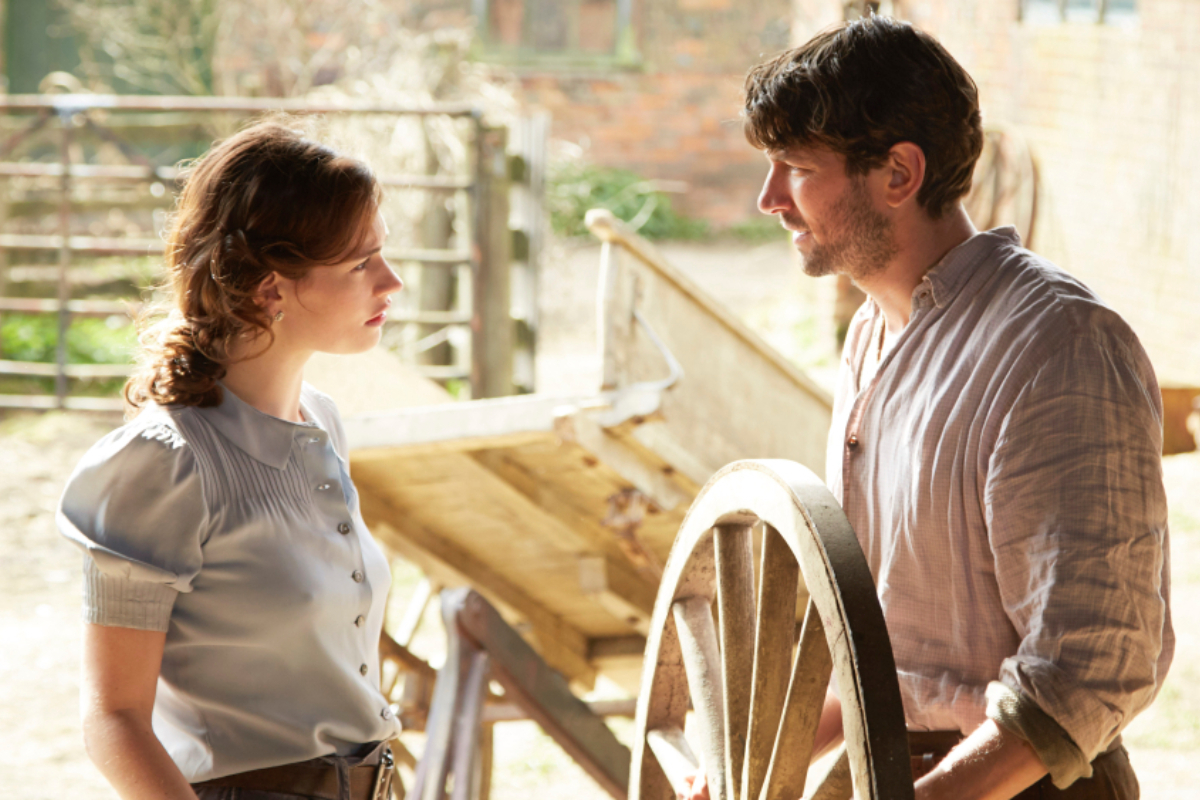 In this screen adaption of a book of the same name, Lily James plays Juliet Ashton, a London-based author who accepts an invitation to speak to a book club in Guernsey. Despite her engagement, she finds a kindred spirit and deep attraction in Dawsey Adams, played by Michiel Huisman (Daario Naharis in Game of Thrones). We think this a film worth watching even if only for the beautiful location shots and costumes. 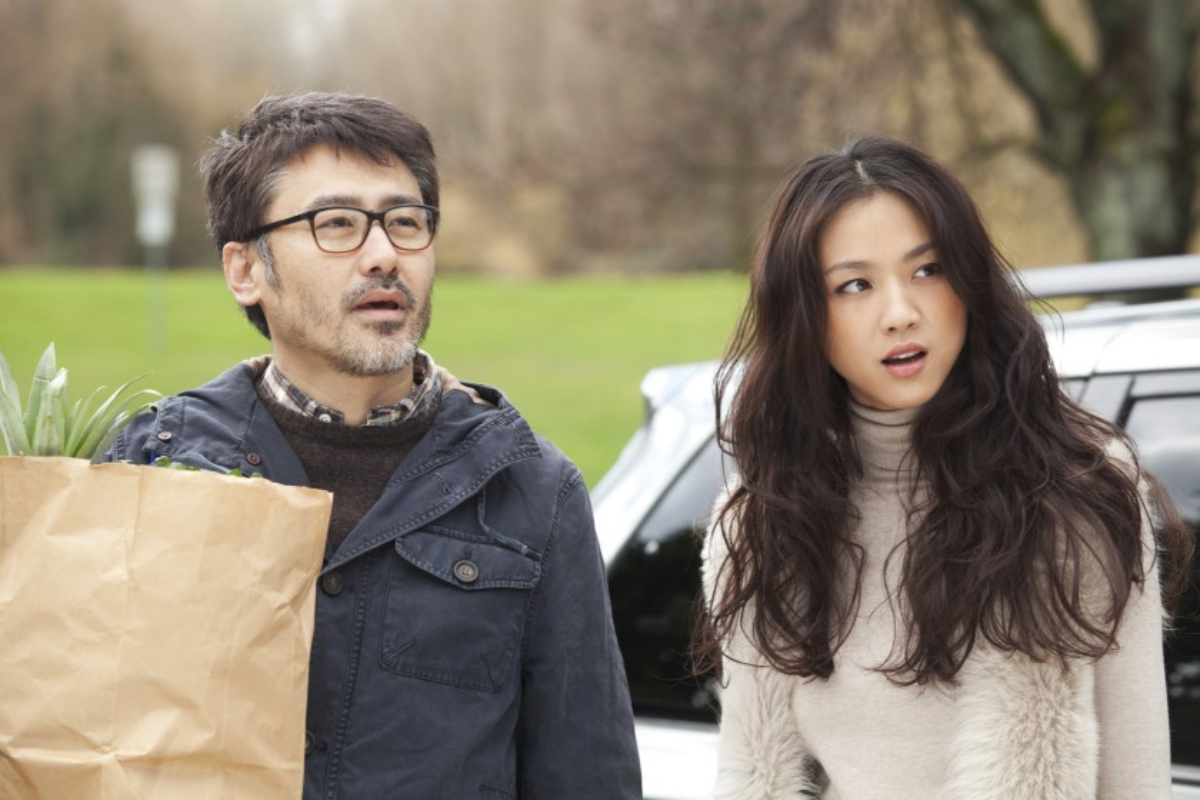 A smash hit in mainland China, Finding Mr Right tells the culturally specific story of Wen Jiajia, the spoilt mistress of a wealthy Chinese tycoon, who gets sent to Seattle to give birth to their illegitimate love child. She throws tantrums and money around to get her way, but gets a harsh dose of reality when her lover faces legal inquiries and has his assets frozen. On hand to facilitate Jiajia’s growth is Frank, a quiet divorced dad and his daughter Julia. While a thoroughly dislikeable character at first, Tang Wei nonetheless injects her lead character with just the right amount of exasperating charm for viewers to root for her.

Keep scrolling to see the rest of the list 👇 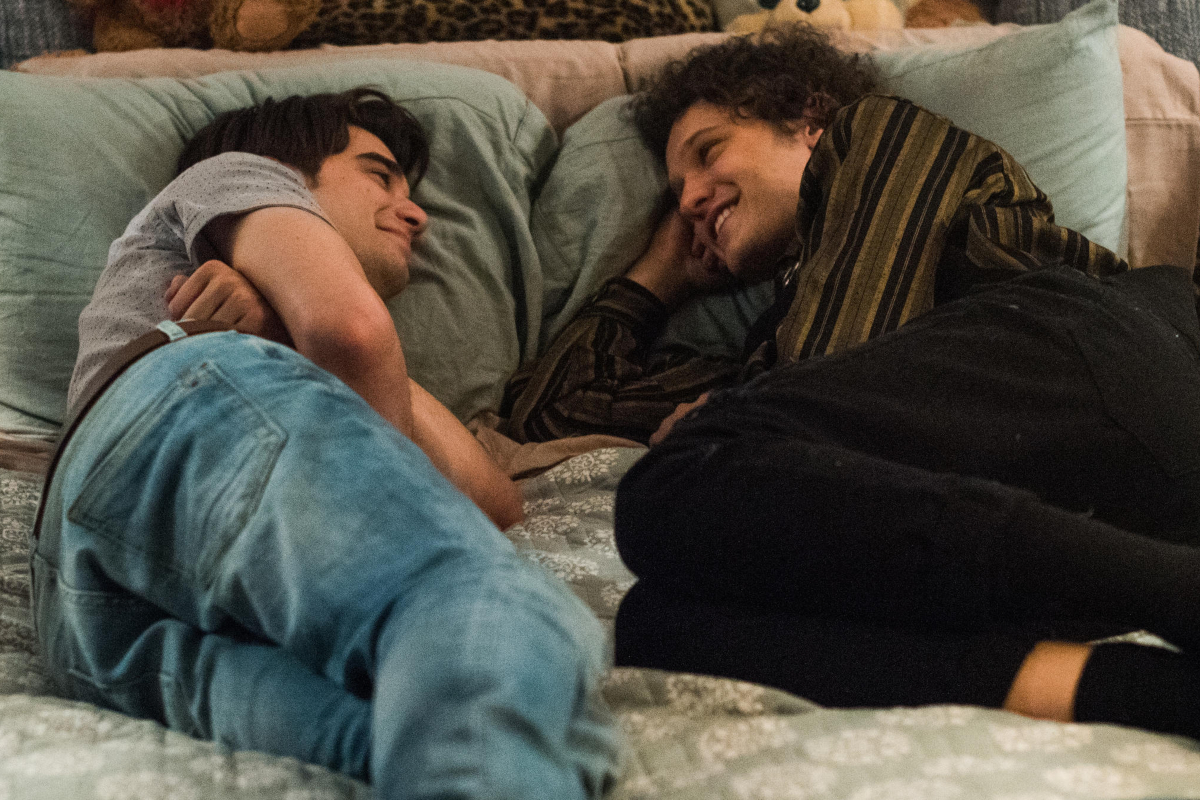 Title character Alex Truelove is skittishly determined to lose his virginity to his girlfriend but hits it off with (and accidentally chats up) Elliot, a gay indie kid who stirs up a maelstrom of confusion and longing. This quippy post-millennial grab bag of identity politics hits a tender note regarding the navigating of social environments, and Madeline Weinstein is great as Alex’s girlfriend Claire. We are still waiting for old-school conservatism to die its slow death in the representation of teen gay romance, but Alex Strangelove is nevertheless is another step in the right direction. 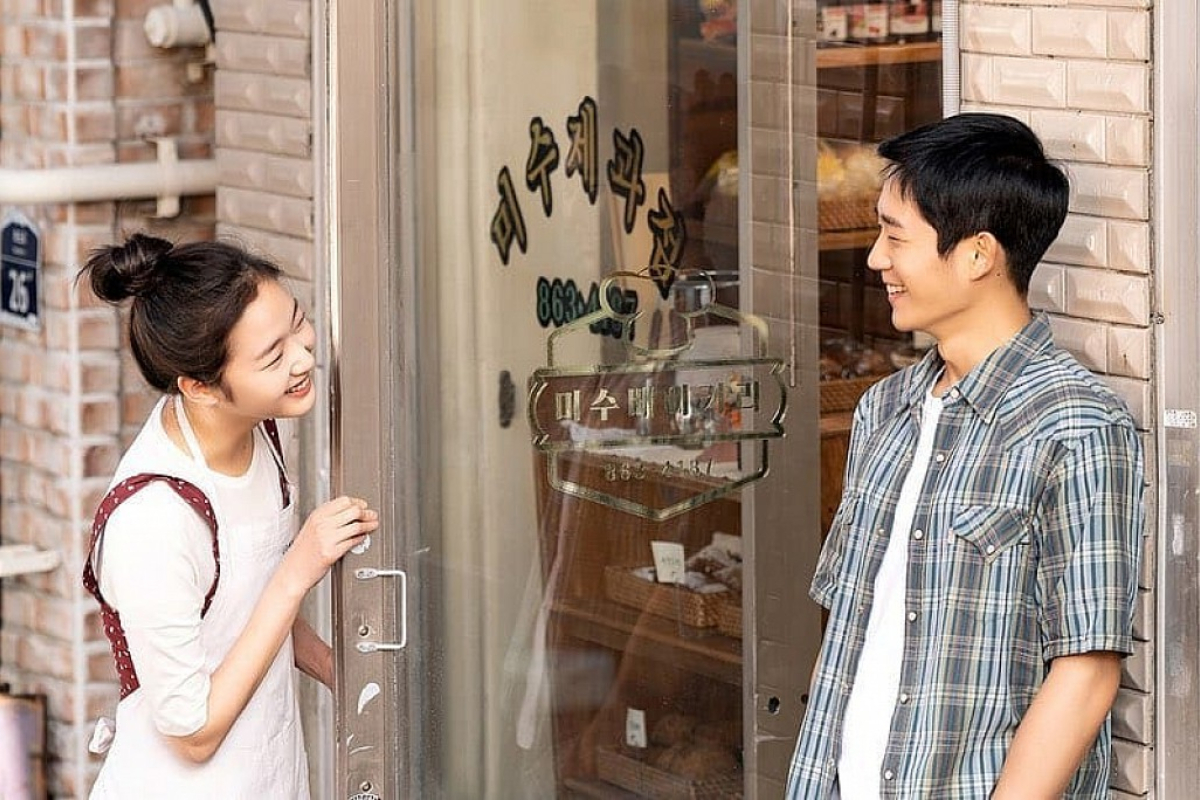 Tune In For Love

The last time we saw Kim Go-eun and Jung Hae-in together was in an abandoned side storyline in Goblin; the two have reunited in a nostalgic romance that topped the box office in Korea last year. Mi-su (Kim) and Hyeon-woo (Jung) are an ill-fated pair who by circumstance keep missing the chance to properly get together. Tune In For Love blends youthful melancholy, pining characters à la The Time Traveler’s Wife, and many Korean cultural references. If you were a fan of 1990s and early 2000s Korean dramas, you will be able to appreciate the nostalgic power of this title.

Always Be My Maybe

Comedian Ali Wong, who wrote for sitcom series Fresh Off the Boat, and Randall Park, who starred in said sitcom, collaborate once again in Always Be My Maybe. Sasha (Wong) and Marcus (Park) are childhood best friends who drifted apart and then reconnect as thirty-somethings leading very different lives. Nobody is accusing this film of attempting to be wildly original, but it is refreshing to see two Asian American leads and a unapologetically cultural specific tone in the writing. Watch also for Keanu Reeves’ weird cameo.

Keep scrolling to see the rest of the list 👇 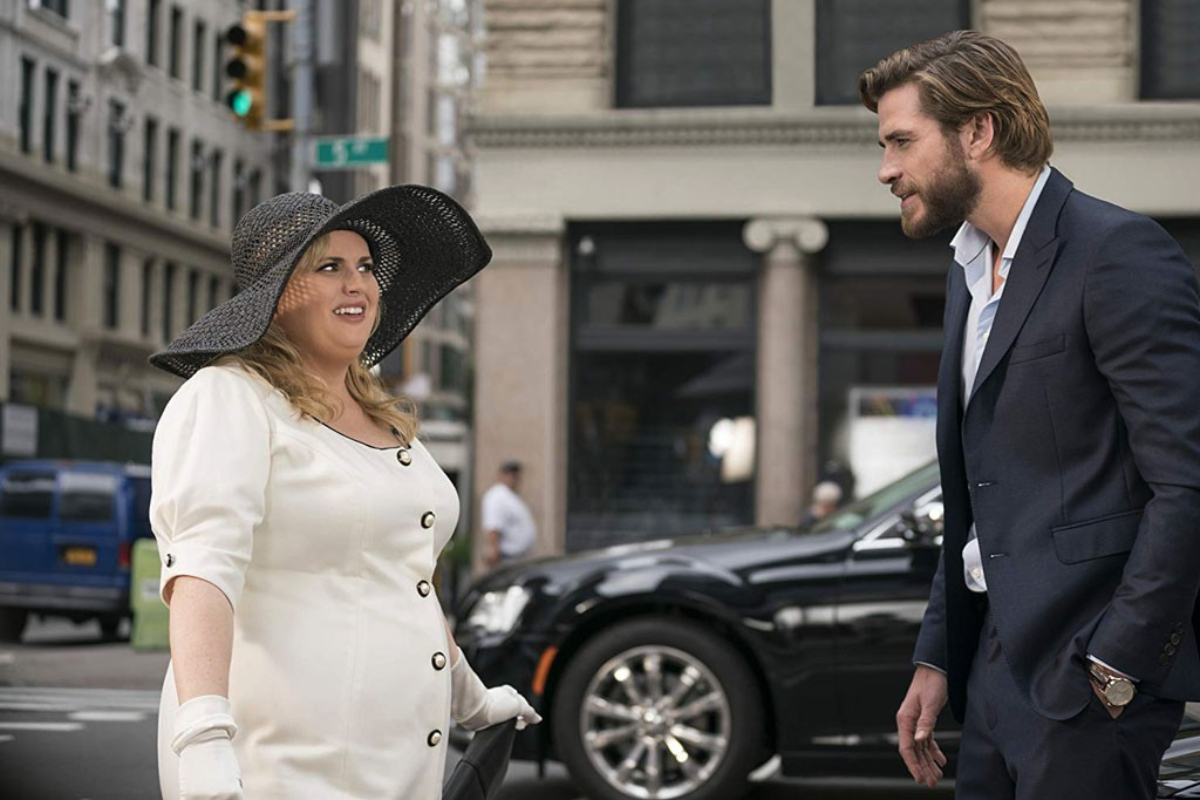 Isn’t It Romantic is for those who scoff at the genre. Starring Rebel Wilson, Liam Hemsworth, Adam DeVine, and Priyanka Chopra Jonas, just the cast alone already has us smiling. This hilarious rom-com-cum-musical tells the story of a New York architect, Natalie (Rebel Wilson), who's stuck in a crappy job, and is cynical of love and happily-ever-afters. Naturally, after an accident, she wakes to discover that her life has suddenly become her worst nightmare—she’s the leading lady in a romantic comedy.

While the movie does call out all the cliché rom-com tropes, thanks to Rebel Wilson’s charming performance, you can’t help but root for Natalie’s happily ever after—either with the new hottie (Liam Hemsworth) or formerly overlooked colleague (Adam Devine). From the laugh-out-loud one-liners to a dance scene in Central Park, this is just one of those films that leaves you in a ‘walking on cloud nine’ kind of mood.

Something In The Rain

The direct translation of the show’s Korean name is “Pretty Sister Who Buys Me Food”—that’s pretty much what the whole drama revolves around—so expect there to be lots of eating and soju-drinking involved. Jung and Son’s on-screen chemistry is enthralling as the romance between the characters gets delivered in a slow burn over the first few episodes. Romance aside, the social relevance presented in the show is another major reason for you to go ahead and add this series to your Netflix queue.

Quiz: Do you know the stories behind Hong Kong’s street names?

Quiz: What type of Hong Kong gym-goer are you?

Quiz: How well do you know Hong Kong’s museums?