Few things are more romantically satisfying than a sprinkle of celestial magic. Meteor showers occur when the Earth travels into the orbit of a comet, where tonnes of space debris pass into the atmosphere and burn in an intense flame, leaving behind spectacular, luminant trails that can be seen from Earth, popularly known as “shooting stars.”

According to a theory put forth by Greek astronomer Ptolemy, a window is carved in the sky whenever a meteor slides across the universe, allowing the gods to glimpse into the mortal world. Oftentimes, we are told that a wish made on a shooting star will be granted.

Whether you are looking for a display of celestial fireworks or hoping for a wish to come true, here’s when and where you can enjoy meteor showers in Hong Kong this year, according to the experts at the Hong Kong Space Museum. 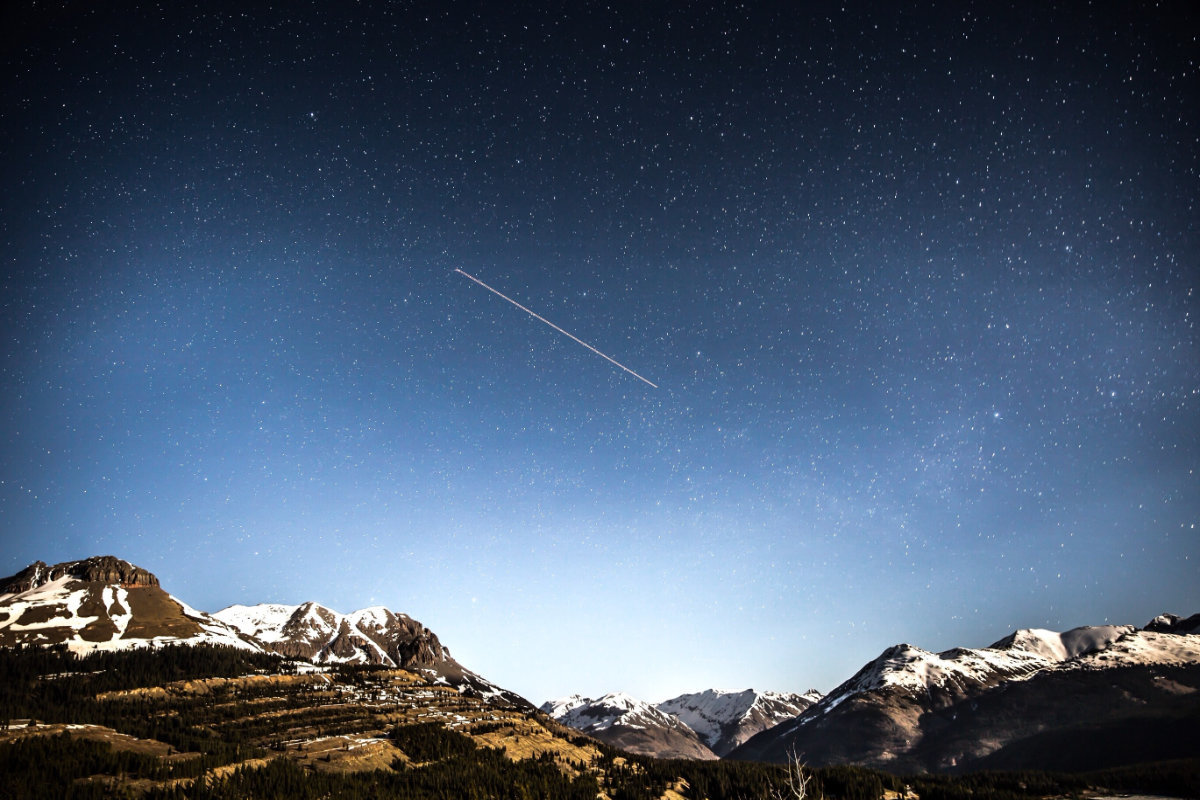 For a great springtime show, the Lyrid meteor shower blooms within the constellation Lyra when the Earth crosses the dusty orbital trail of the comet Thatcher. In 2022, it reaches its peak during the waning-gibbous moon phase with a fair level of visibility. 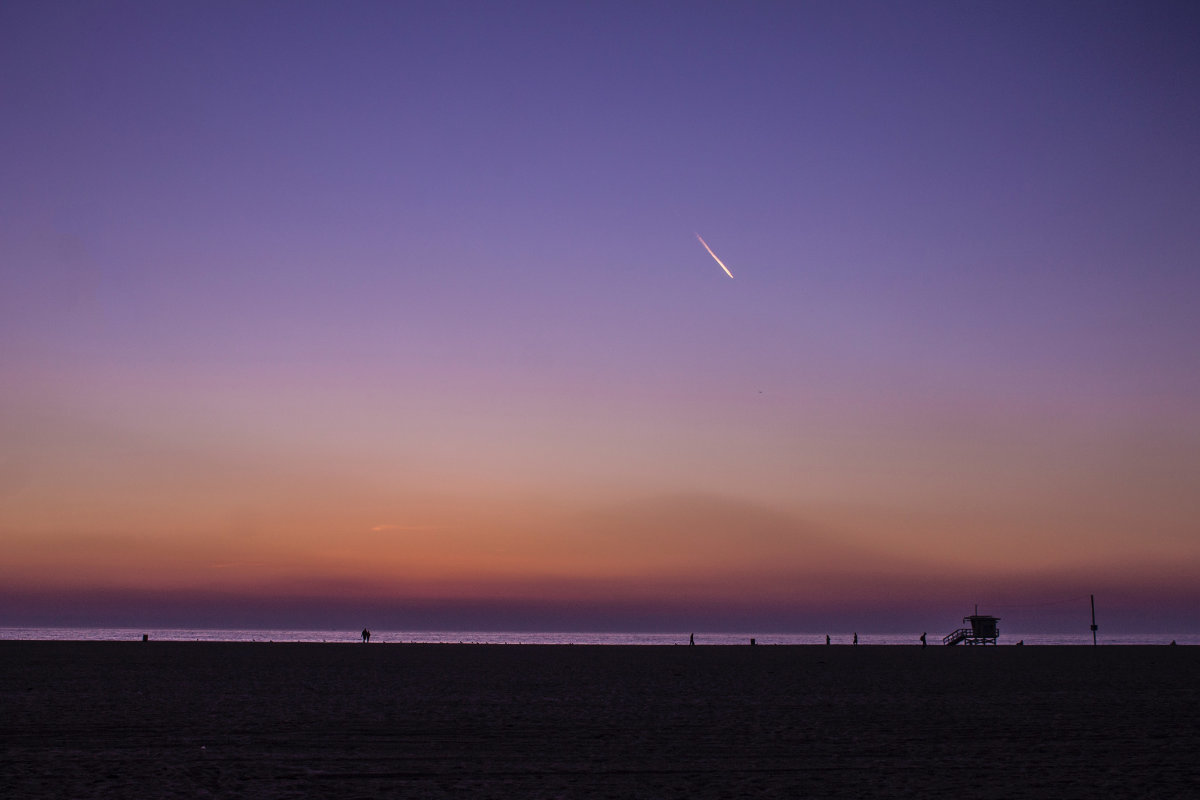 Also known as Eta Aquarrids, the η-Aquariid shower appears within the constellation Aquarius. A result of Halley’s Comet—which visits us once every 75 or 76 years—the η-Aquariid shower is visible from both hemispheres and peaks between early morning and pre-dawn, with the first-quarter moon presenting minimal interference. 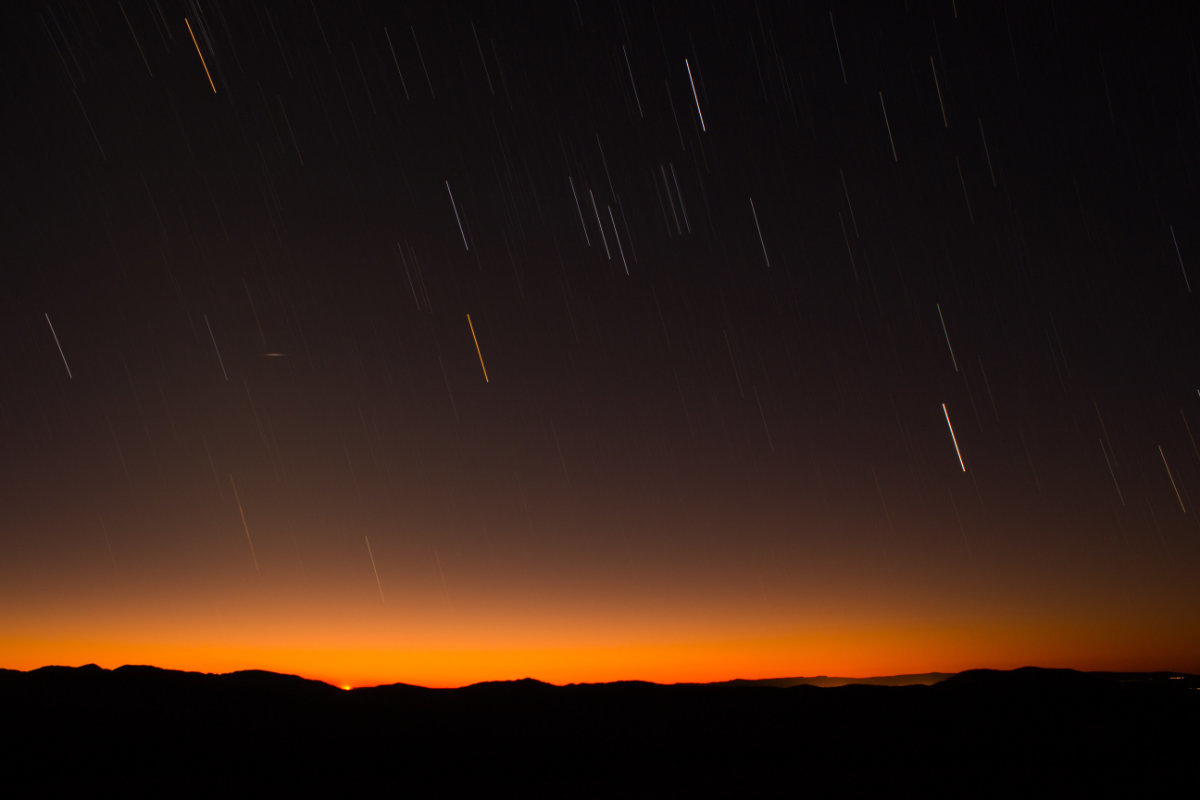 Well into the summertime, the Southern δ-Aquariids also yield satisfying results in the constellation Aquarius. Its viewing conditions are considered favourable given that the moon will have been a little crescent during the peak. View from late night to pre-dawn. 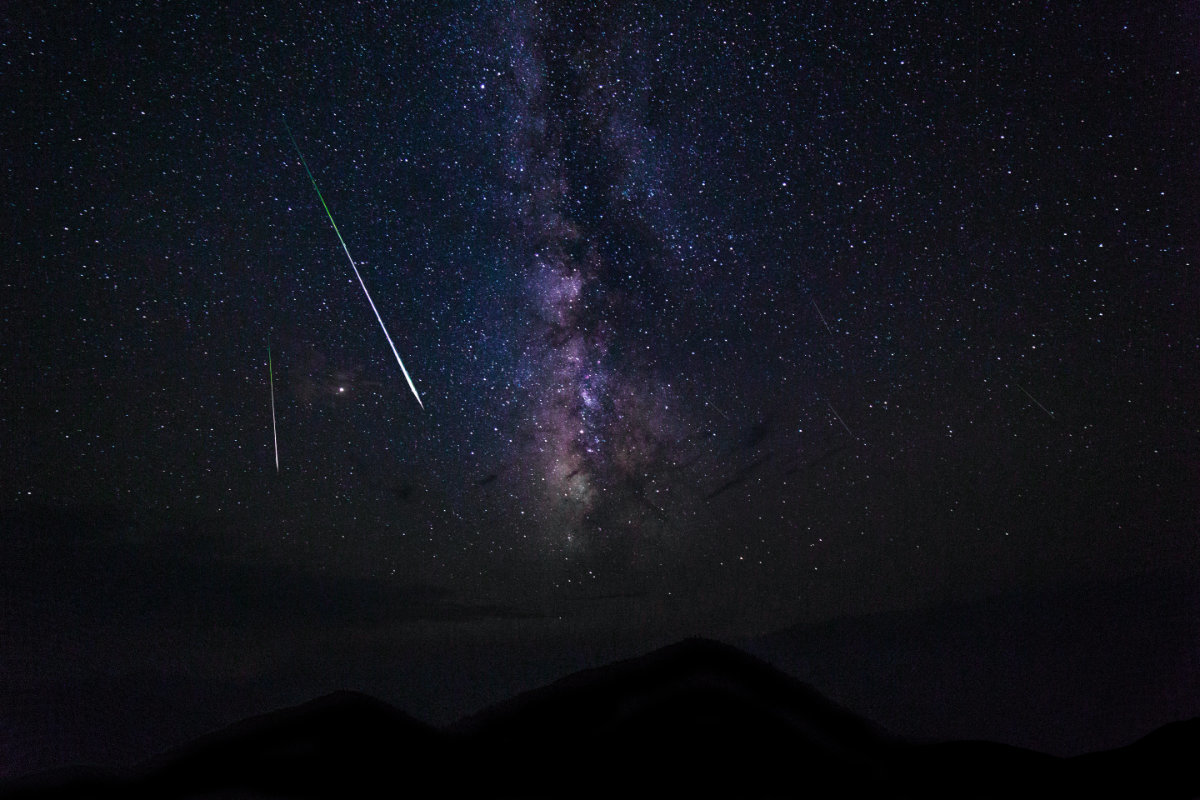 A spectacular light show from the constellation Perseus, the prolific Perseid meteor shower can shoot up to 100 stars every hour. However, the peak date coincides with a full moon, which has a tendency to drown out the comic wonder. For this spectacle, the most favourable gazing period is when the moon is setting between early hours and pre-dawn. 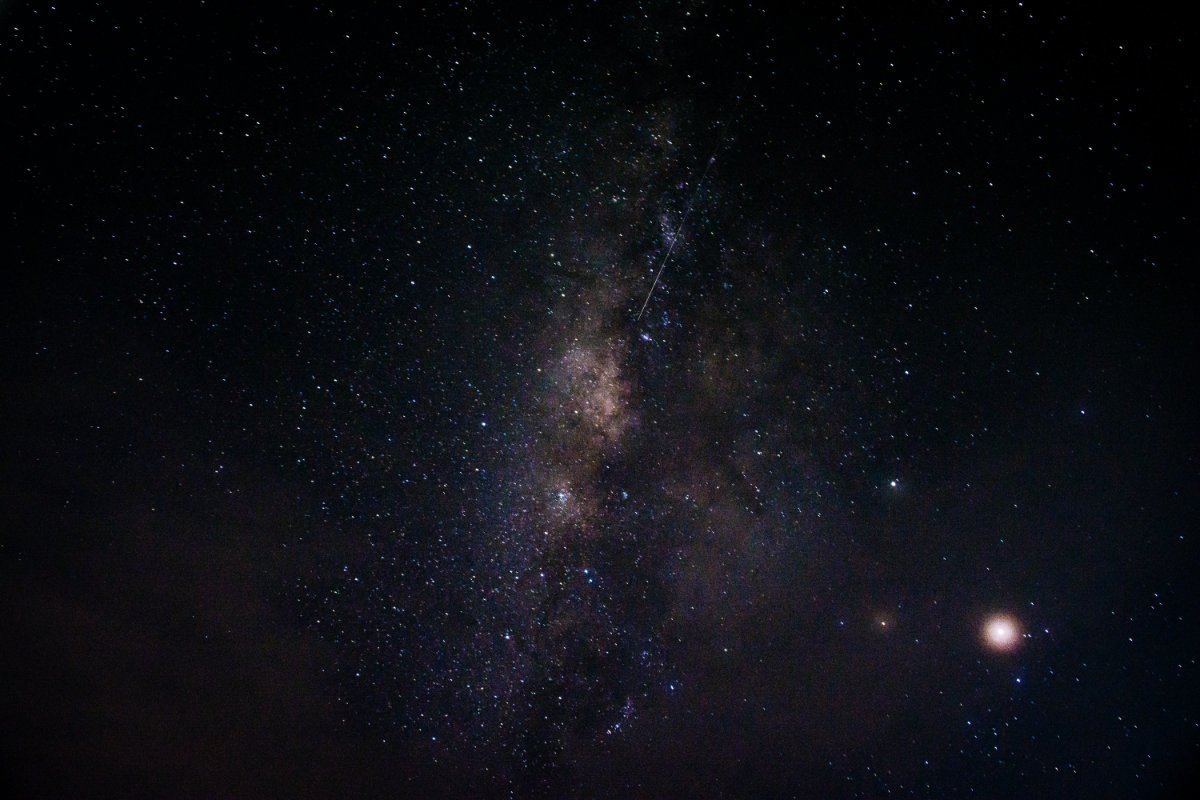 Orionid showers peak in late October every year and pierce the sky from Orion, one of the most recognisable constellations. With a moderate number of meteors, the shower is a stellar feast to the naked eye, and the moon is slight enough to bestow greater visibility. 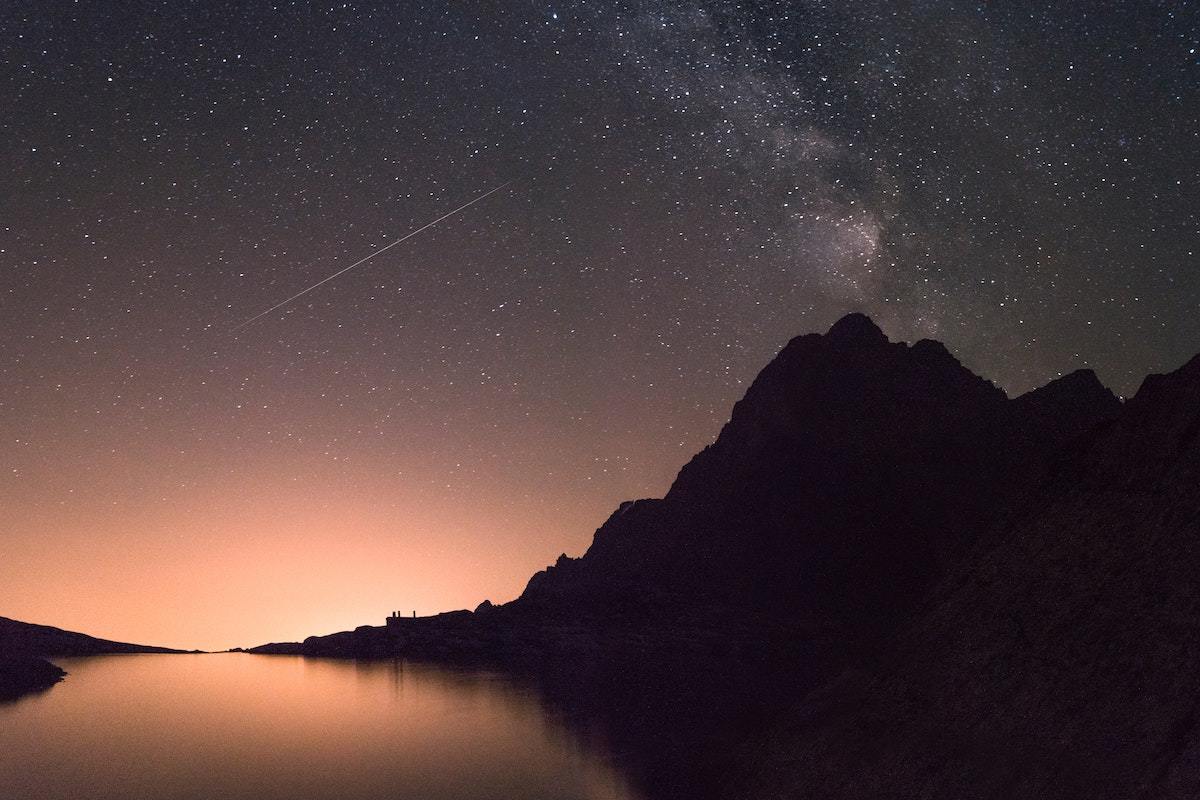 Renowned for the torrential Leonid storm (which happened in 2002), Leonid meteor showers can be seen from the constellation Leo with a fine drizzle of meteors, except that its visibility is limited by the half-moon this year. For your best chance to catch the tails, try your luck in the brief period between moonset and the first light of dawn.

10 most unusual experiences in Hong Kong 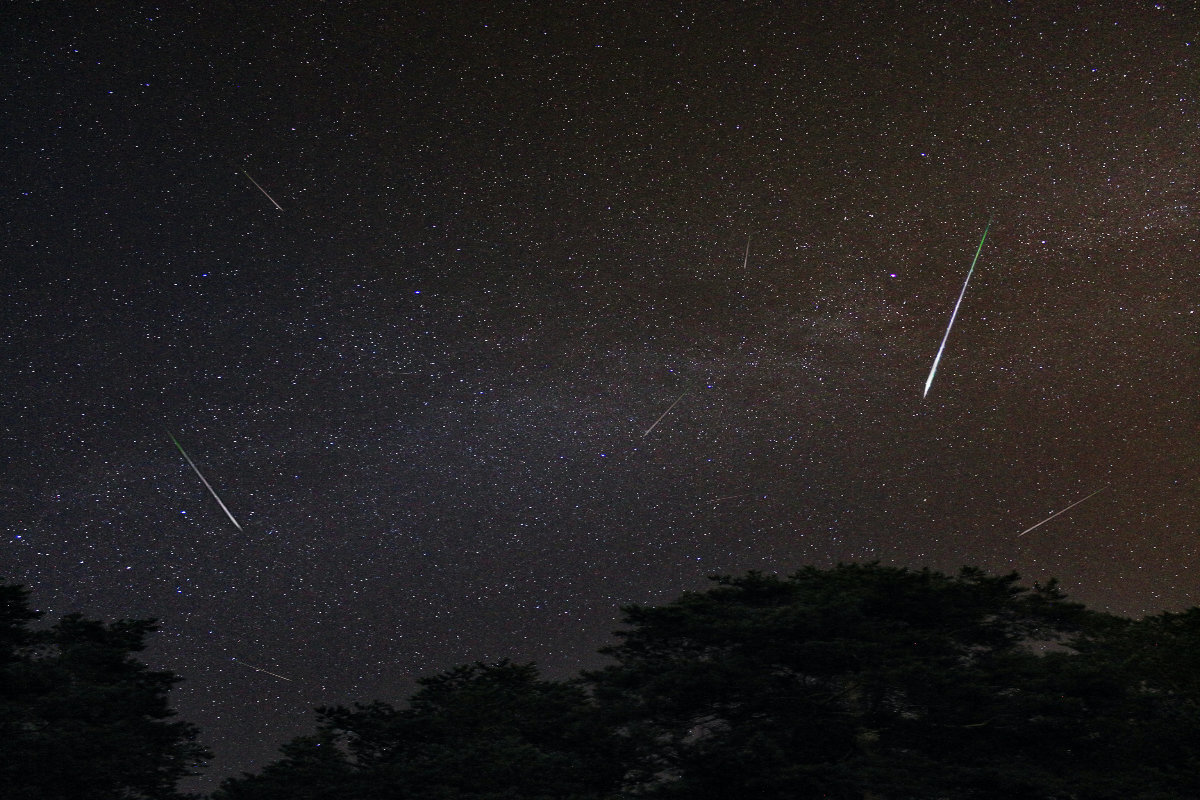 Blinking within the constellation Gemini, the Geminid meteor showers peak on the early morning of 14 December, burning across the milky way with a stunning rate of 150 meteors per hour. However, these bright stars are greatly hindered by the waning-gibbous bright moon in the constellation Leo, so it’s best to manage your expectations.

Find a place as far away from the city as possible. A mountain peak in the countryside is not a must. For city dwellers who are not in the mood for a labour-intensive hike, some secluded places with rural darkness and an expansive view of the sky are preferred.

Read on for four spots that can help spare you the laborious trekking and hiking and still afford you all the darkness, silence, and comfort you need for a stargazer’s night out. 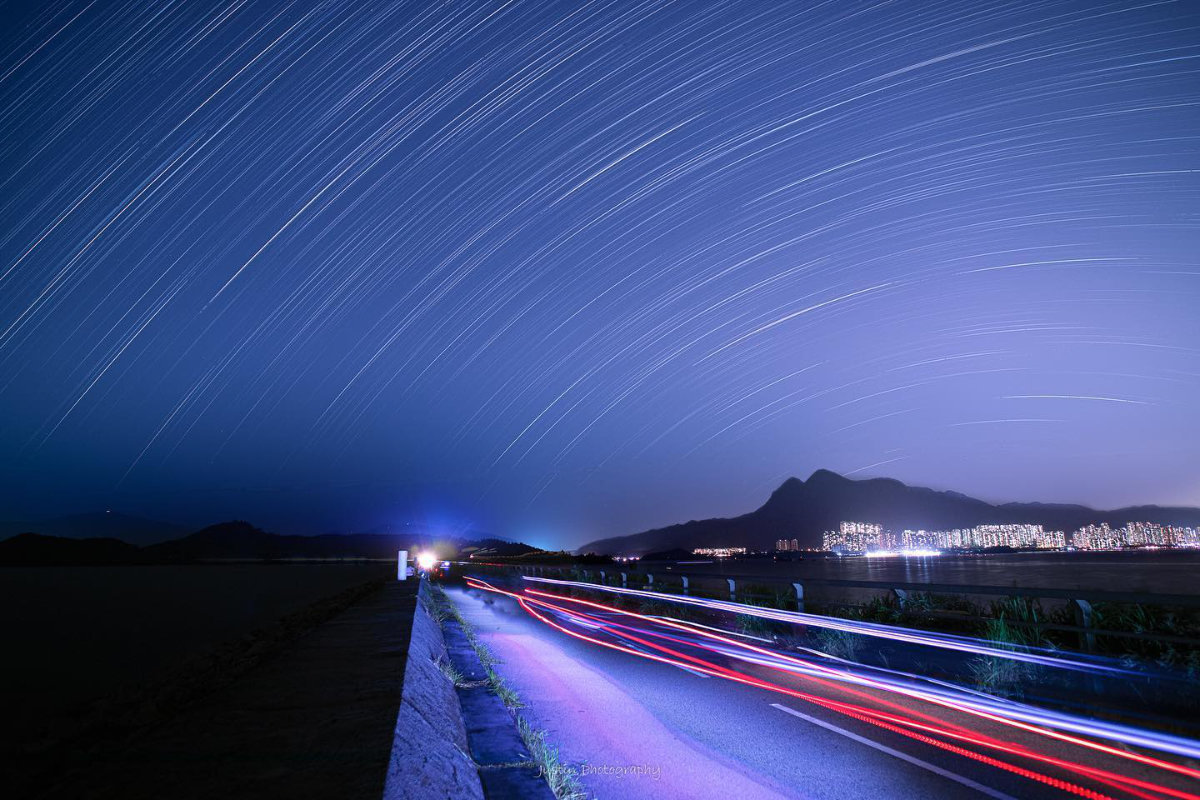 Secluded in northeastern Hong Kong, Plover Cove Reservoir presents a stunning vantage point to behold a vast expanse of the starry sky. Bike or walk along the road above the landmark dam and take in the unobstructed views while enjoying the comfort of darkness bestowed by the total absence of lampposts along the way.

To get there, hop on green minibus 20C at Tai Po Market Station Public Light Bus Terminus (two minutes away from the Tai Po Market Station Exit A). Alight at Tai Mei Tuk Public Transport Terminus. Walk away from the car park, turn into Tai Mei Tuk Road, and carry on until you reach the gate with the “Plover Cove Reservoir” sign. Go past the gate and walk up the slope. It will lead you straight up to the dam. 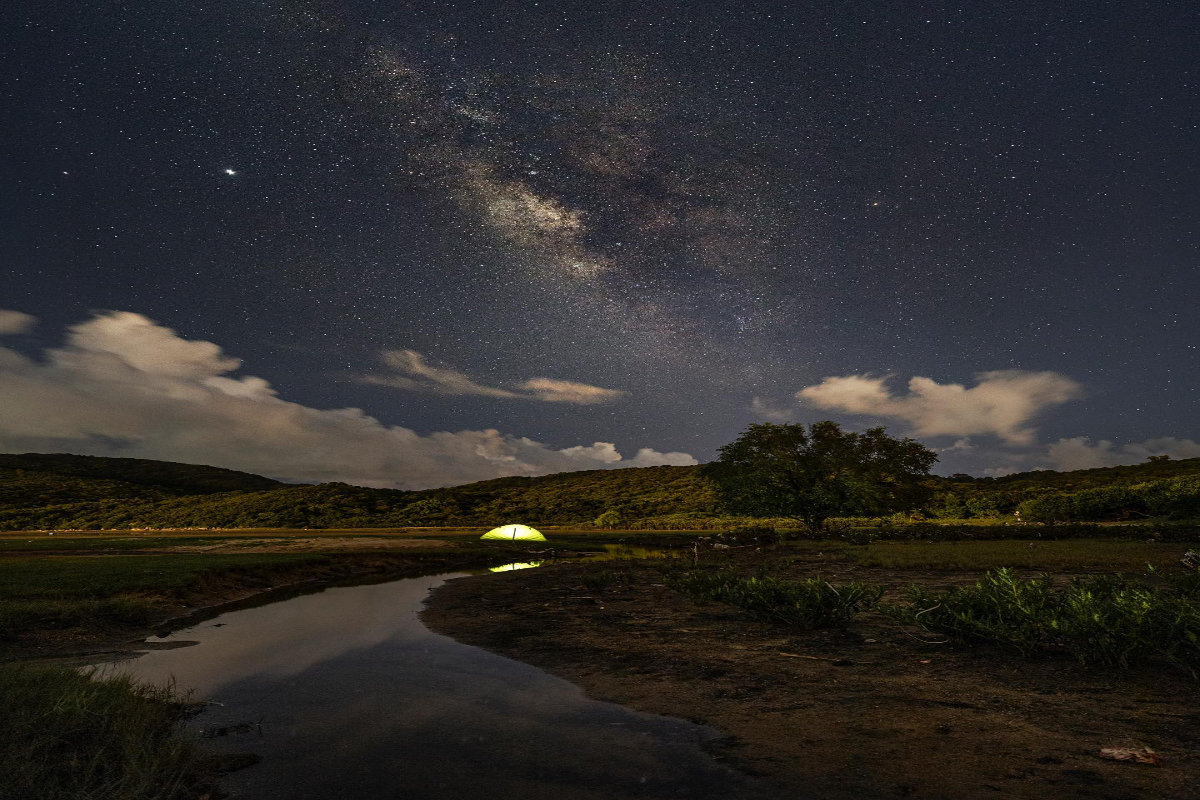 Hidden away in the outskirts of Lantau Island, Shui Hau Beach is a large wetland teeming with a diversity of shellfish. It also offers unparalleled views for stargazers to lie back and take in a broad swathe of the Milky Way without the interference of city light. In good weather, the sun adds the final, finishing touch to the wetland puddles and distils the watery mirrors for the clouds, turning the landscape into a picturesque spot.

To get there, take bus 11 from Tung Chung Station Bus Terminus (three minutes away from Tung Chung Station Exit B) to Shui Hau Village (East). As you hop off, make sure that you are on the opposite path, facing Shui Hau Village Administration from across the street. Head along South Lantau Road in the direction of the residential buildings until you spot a small path to the vegetable garden. Walk down the path for around 20 minutes. 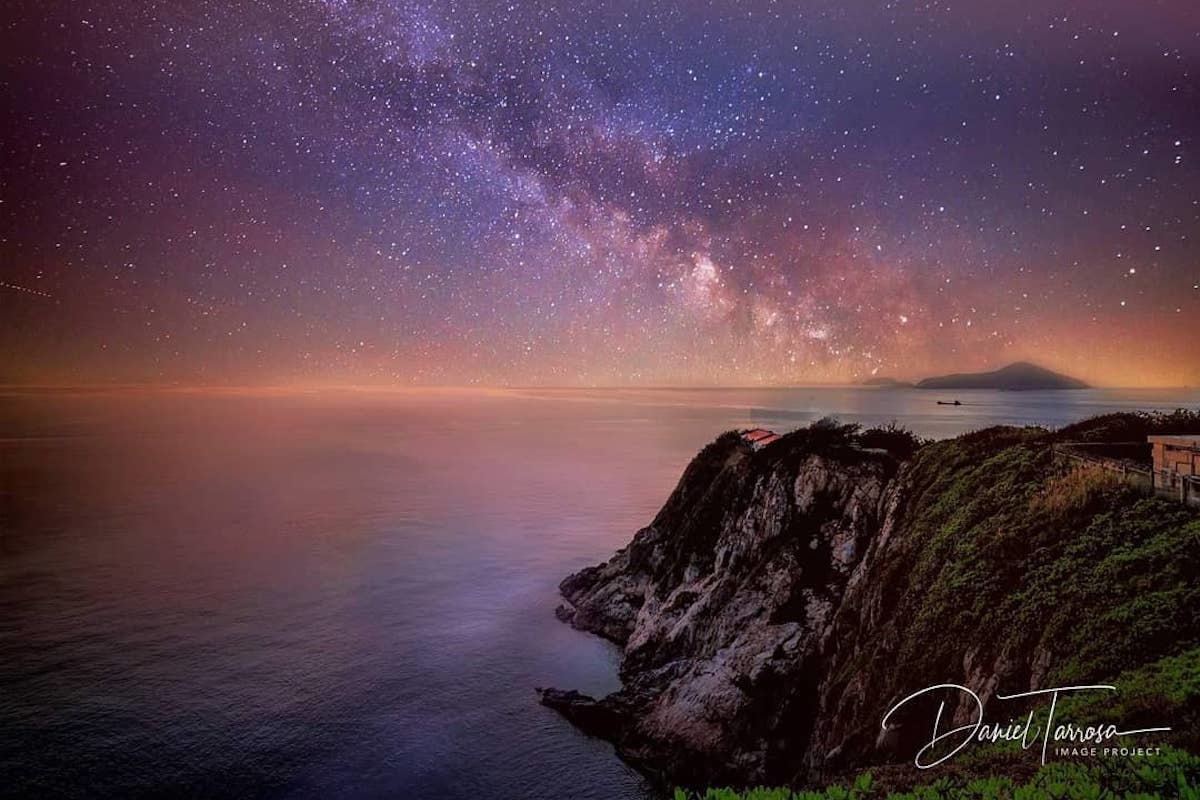 Known for its oddly shaped, sponge-like rocks, Chung Hom Kok is an inconspicuous spot in the south of Hong Kong Island, boasting a distant vantage point that overlooks the entirety of the Stanley neighbourhood as well as the glittery sea. Savour the scene in beautiful twilight and immerse yourself under the vast dome of the nocturnal sky. 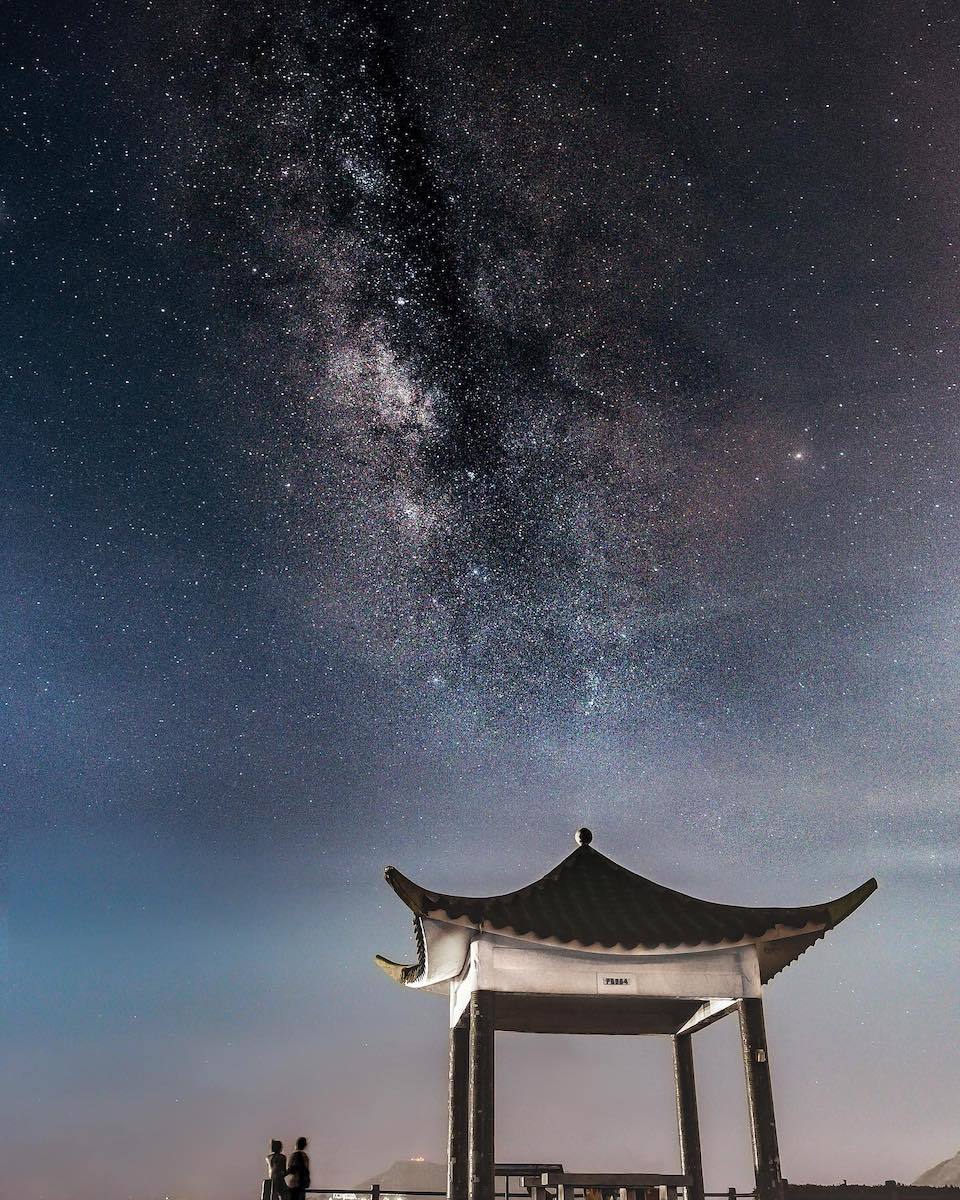 A versatile place with a plethora of vistas, Clear Water Bay Country Park opens up a wide-field view of the sky between an undulant mountain range and the surrounding sea. For the best spot, head to the pavilion at the top to behold the dawn. During the day, it attracts many people for kite-flying. At night, with no light sources nearby, it dons the cloak of the spiralling galaxies, silhouetted against the black canvas of the nocturnal sky. 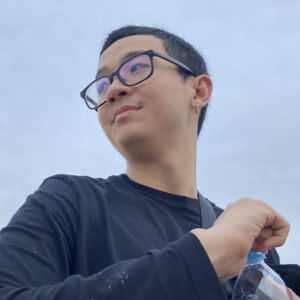