Time to turn up the heat and add a healthy dose of spice to your next meal with some of our favourite Middle Eastern restaurants in Hong Kong. From Lebanese and Egyptian to Turkish to Moroccan cuisine, take your pick from our top spots around town! All we know is, there will be hummus galore. 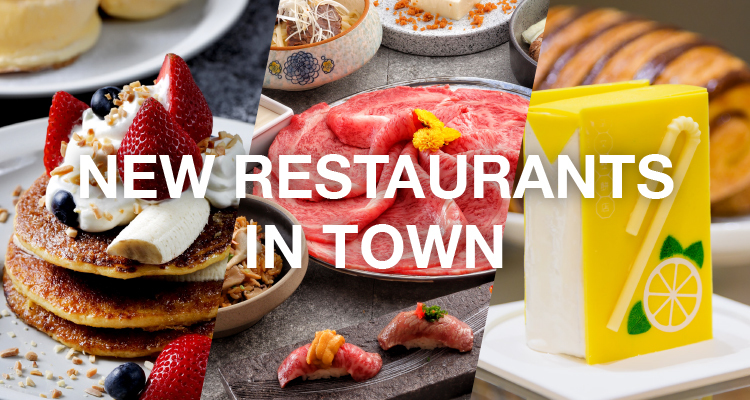 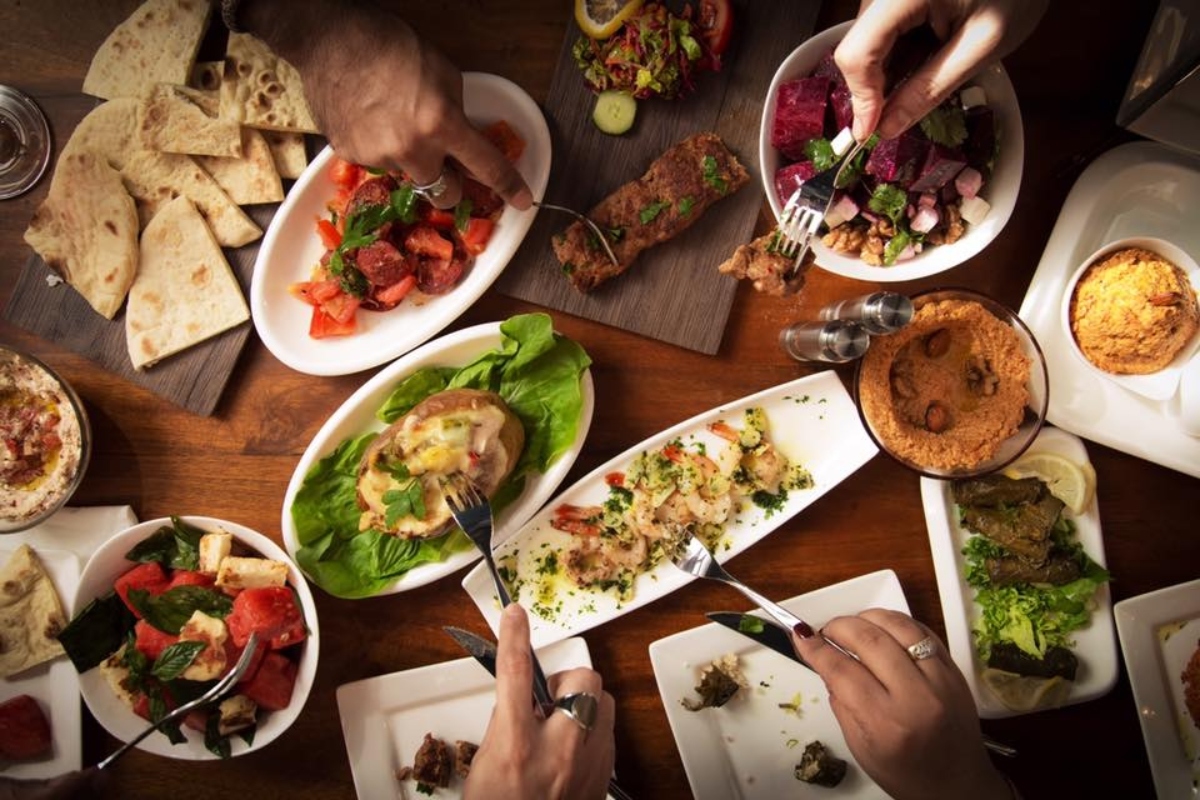 Awtar is a the place for authentic food, drinks and quality shisha. Start off with an interesting Watermelon & Halloumi Salad ($138) before you move onto the mains. The Lamb Adana ($198) is a family recipe of lamb kebabs and a must order, or if you're looking for something more seafood-y try the Grilled Tiger Prawns ($248). Their cocktails and shisha menu is also a highlight so be sure to try them out before you leave!

If you want to feel like Arabic royalty, then head over to Shahrazad Lebanese Dining Lounge & Bar where they will treat you like a queen. This Lebanese restaurant lounge is one of the most aesthetic restaurants we’ve across, with plush sofas and gilded furniture strewn across its dining space. Emerald blue, deep purple, and gold are just some of the bold exotic colours used in its interior décor, but Shahrazad is more than just pretty looks. If the weather permits, grab a seat on their terrace overlooking Lan Kwai Fong and order some Mini Lamb Skewers ($105) and Lamb Okra Tagine ($170) for a nice relaxing evening. 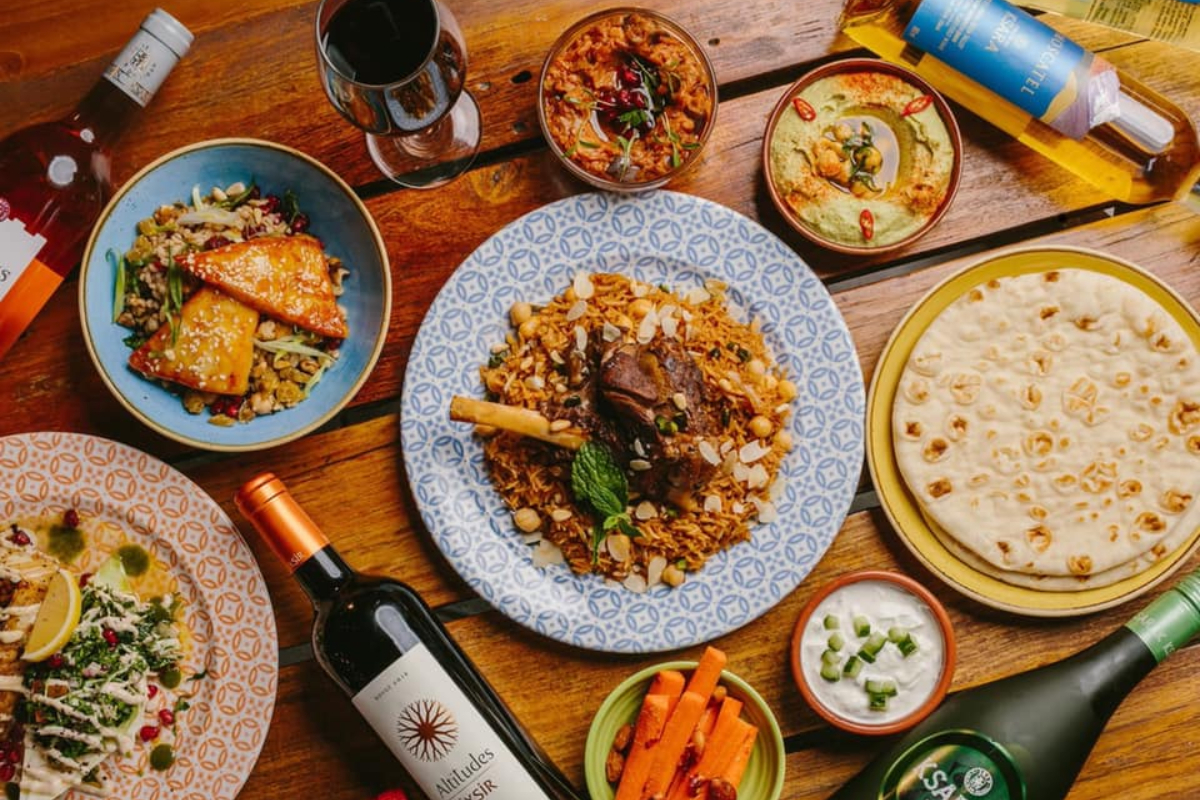 It’s hard to miss one of the most popular Middle Eastern restaurants in Hong Kong when it’s right by the Central–Mid-Levels escalator: Maison Libanaise. Black Sheep Restaurants’ Lebanese offering is made of three floors and offers classic dishes from the Levant with a modern twist. There’s a to-go counter on the first floor for speedy takeaways, as well as a dining area on the second floor and a rooftop where you can also choose to have a sit-down meal. Try out Maison’s Falafel ($118) that uses tahini yoghurt and pickled turnip or the Sawda Djej ($148), a pan-fried chicken liver dish with garlic, lemon, and pomegranate molasses. Their herby and zesty Tabboulé ($88) is also not to be missed and makes for a great palate cleanser. 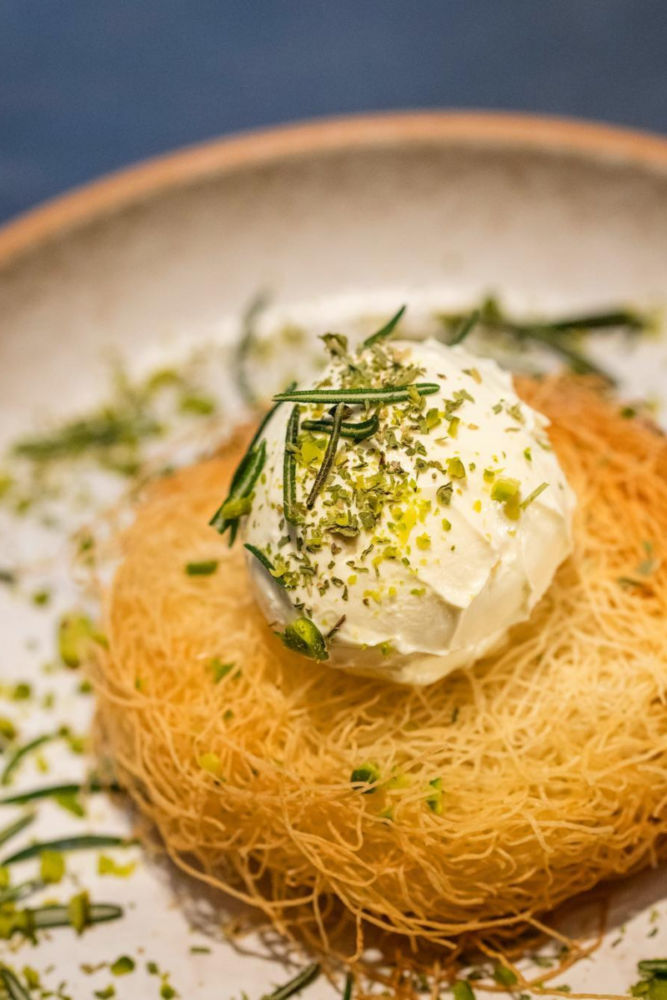 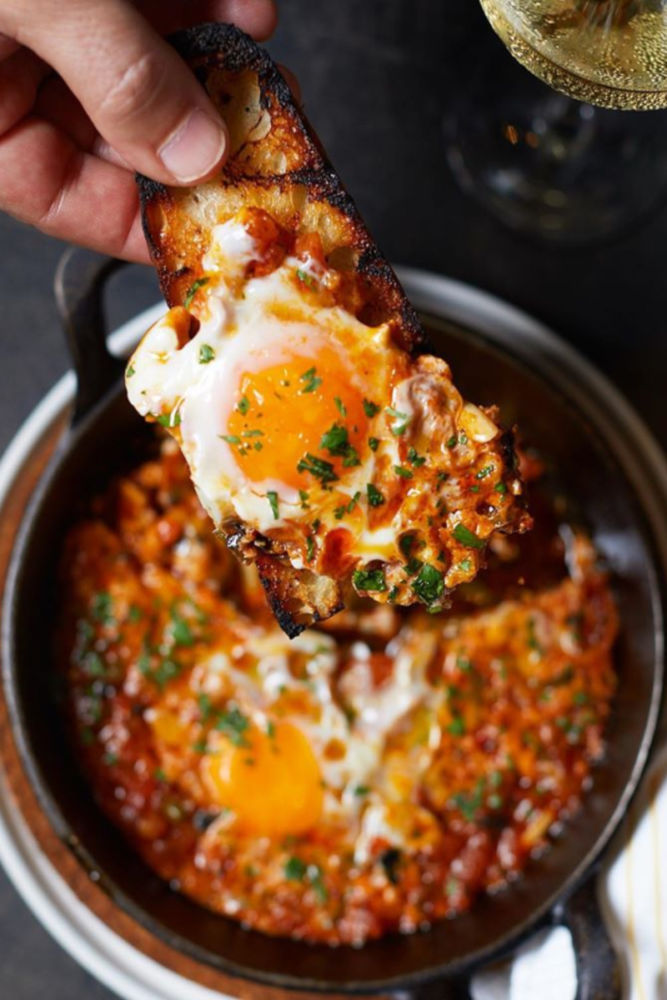 Israeli-born chef Asher Goldstein heads up the kitchen at FRANCIS and the focused menu takes inspiration from his upbringing in Tel Aviv. He takes classic Middle Eastern recipes and turns them into contemporary offerings with a burst of flavours, such as the Burnt Eggplant ($80) with pepper chilli and yoghurt, and the Baked Halloumi ($120) with pomegranate molasses and wild oregano. Don’t forget about the desserts, such as the delicately plated Knafeh ($90) made with mozzarella, orange blossom, and pistachio that looks like a charming little bird’s nest! 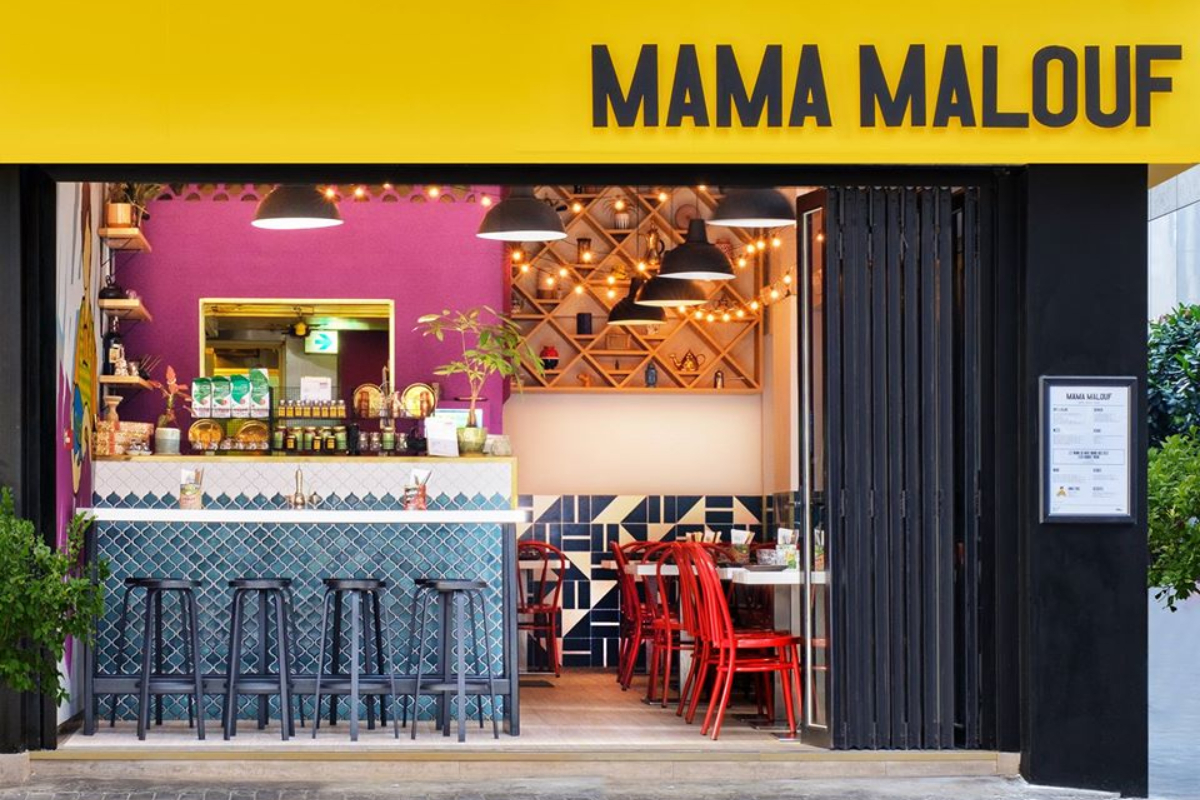 A big part of Middle Eastern cuisine is to offer comfort food and the taste of home, which is what Mama Malouf is best at. The restaurant is named after the chef’s mother and he takes bits and pieces from her recipes passed down within the family. They are also one of the few Middle Eastern restaurants in town that offer weekend brunch. We would recommend the Haloumi Fondue with Fig Jam & Brioche ($138) for any sweet tooths, and if you’re looking for something more on the meaty side, don't miss the tender Lamb Shoulder with Farro, Pumpkin, and Mint Labne ($188) that will literally slide off the bones! We’re also huge fans of their Hummus with Lamb ($88), served with hot pita bread drizzled in olive oil. 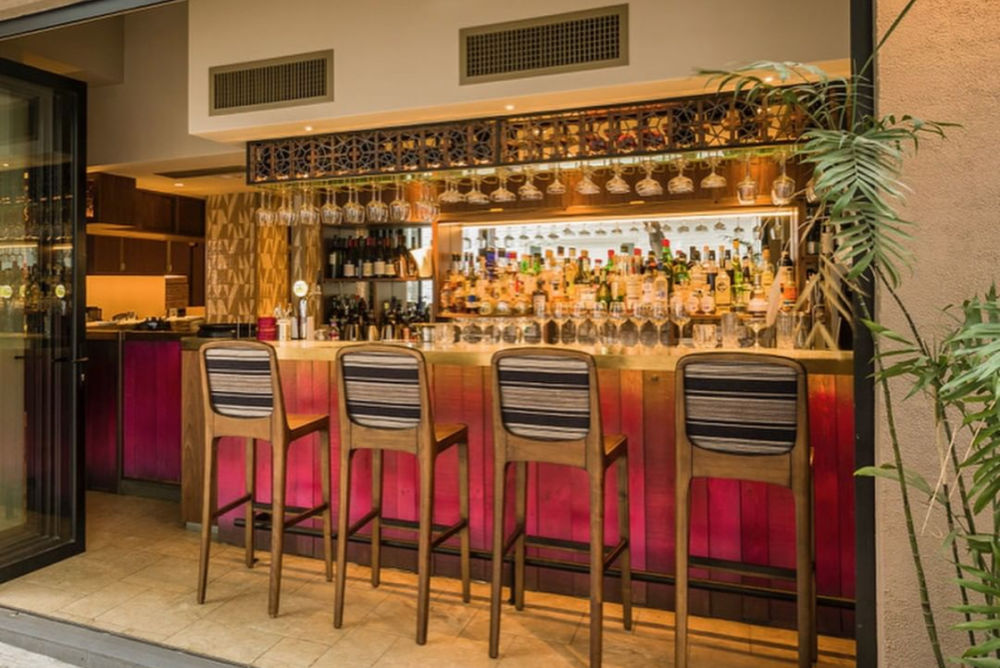 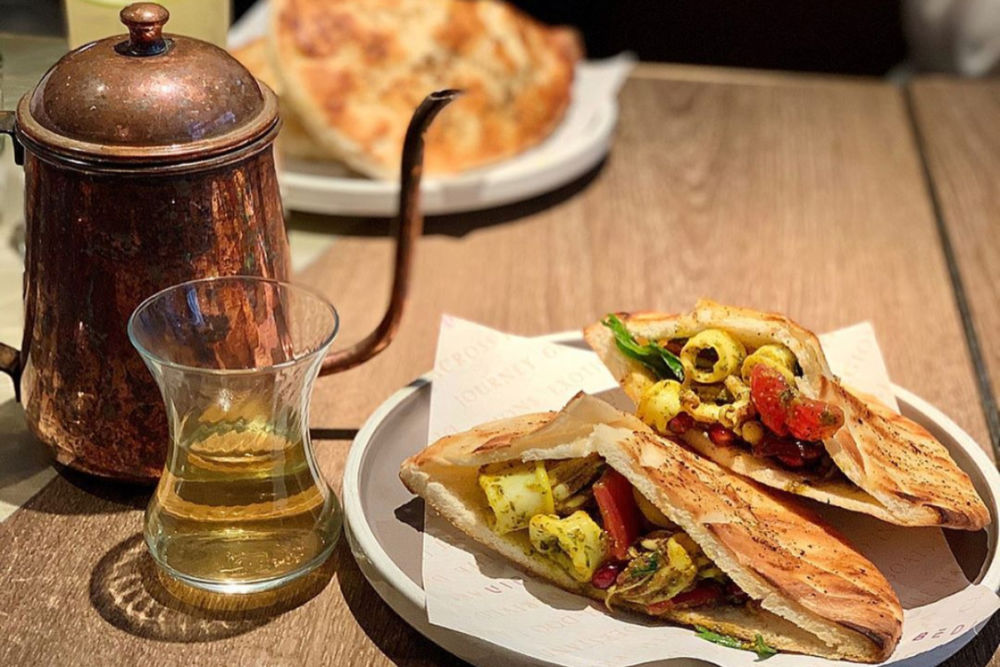 Another modern Middle Eastern restaurant with prime aesthetic designs is BEDU, Meraki Hospitality’s cosy Middle Eastern restaurant and bar. Tucked away in a quiet corner of Central, the restaurant combines different Middle Eastern cuisines and reinvents them with a touch of modern interpretation. BEDU’s signature creations include the Beetroot and Min Labneh ($55), which is the perfect dip for the many flatbreads they will give you, and we also love the Baked Feta Smoked Lemon and Honey ($115) and the Sweet Potato Falafel ($95) with herbed hummus, pickles, and tahini. 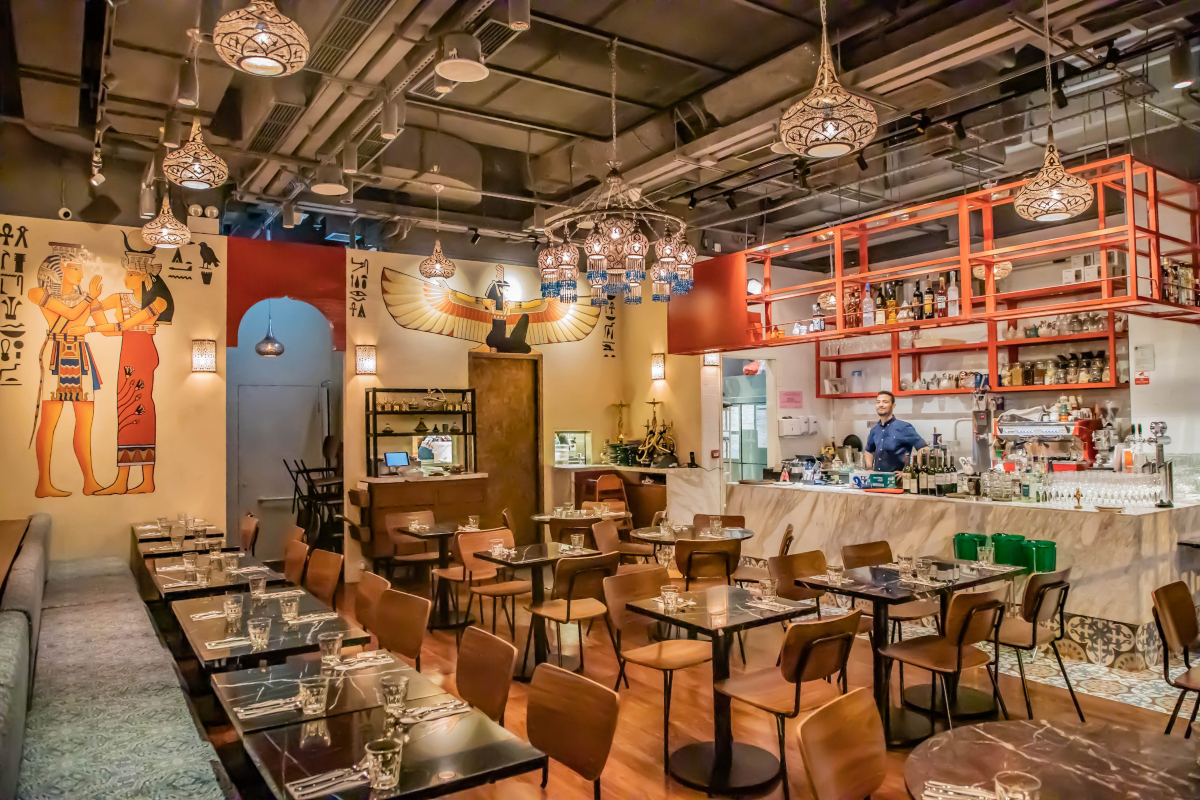 We don’t often come across Egyptian cuisine on this side of the globe, so when Aziza claims to be the only restaurant in Hong Kong offering authentic Egyptian food, we’ll readily believe it. Aziza’s kitchen team crafts everything in-house, including their couscous, falafel, and their lamb and beef kebabs, and everything tastes just as good as they look. We will put the spotlight on their desserts though, and we would not leave the restaurant without trying the Baklava with Pistachios ($50) or the Konafa ($78), a shredded pastry with ricotta cheese. Not familiar with these traditional desserts? Just Google videos of people making them—we promise you will not be disappointed (and it will definitely get you salivating in anticipation)! 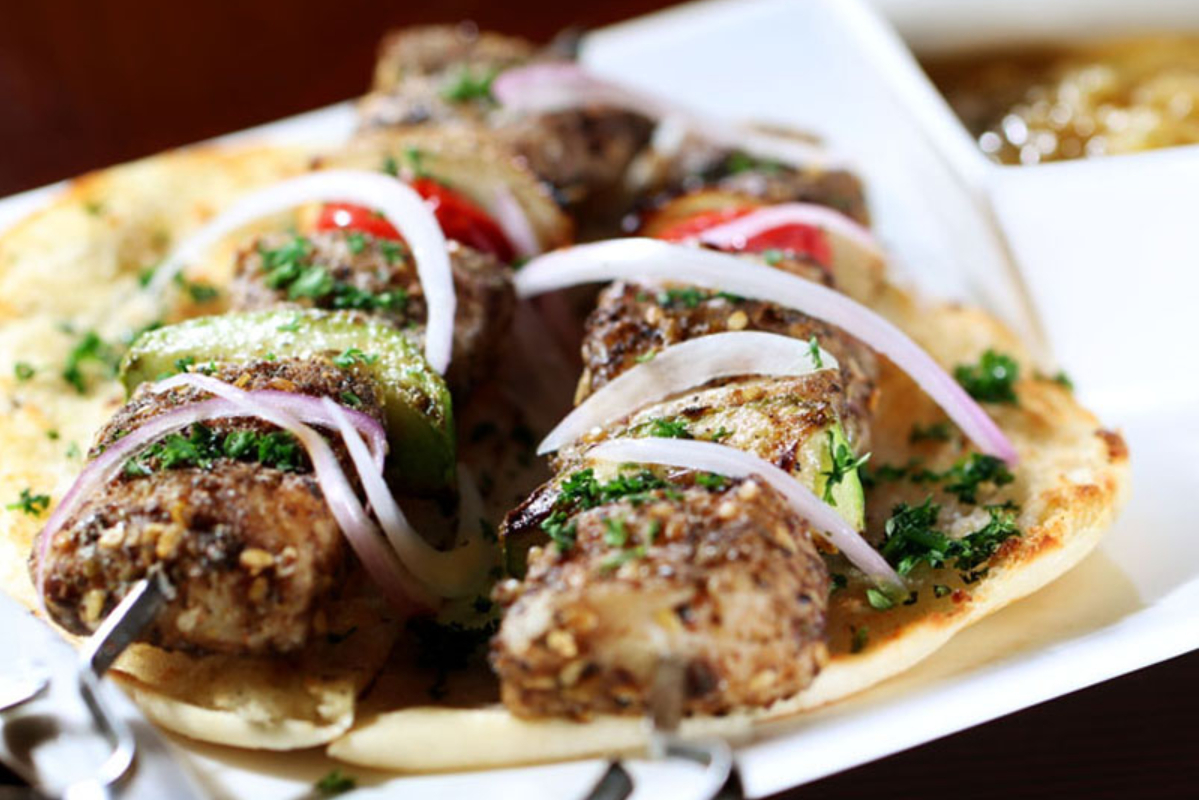 Zahrabel Dining Club might be a familiar name for many, as it pays homage to Zahra Restaurant, the pioneer of Lebanese cuisine in Hong Kong back in 1993. After it closed in 2006, the two daughters of the couple who had owned Zahra decided to open up a new restaurant to carry on their parents’ legacy. Membership is free at Zahrabel Dining Club and it offers an amazing view of Hong Kong’s skyscrapers to boot. As with many other Middle Eastern restaurants, they serve their food with the concept of sharing plates in mind. We would recommend trying Jos Mahrouse ($90), the house speciality dip that Zahrabel also sells in tubs, and their kebabs, Fish ($138), and Lamb ($140), which are both traditionally grilled. 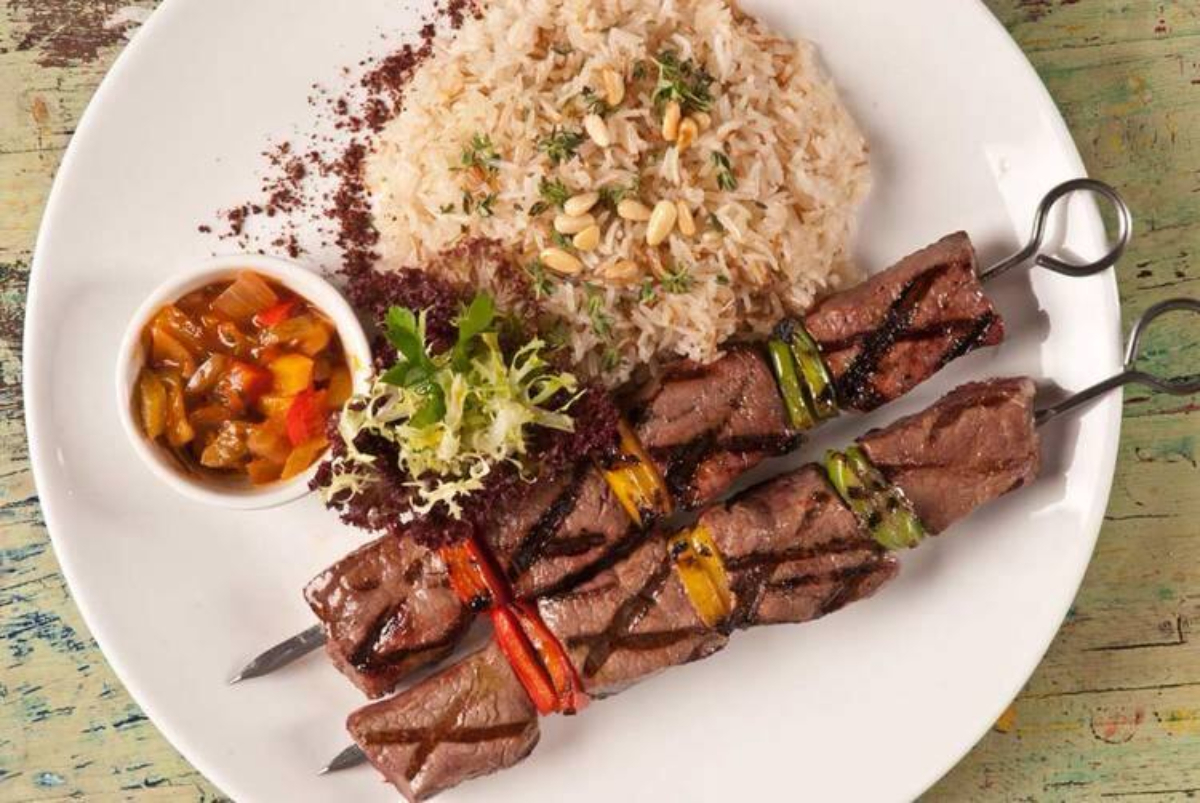 A Middle Eastern restaurant experience would not be complete without a mini courtyard and a shisha session! Sumac, tucked into a nondescript corner of Glenealy, has a small alfresco porch and a courtyard that is perfect for shisha and an evening of relaxed dining under the shade. Sink into rustic wooden furnishings and dig into some Hommus ($78) to get your appetite up and running, then some Chicken Shish Taouk ($198) served with fries, or the Lamb Mograbieh ($235), a dish of slow-cooked lamb shoulder to fill you up as you keep going at the shisha. 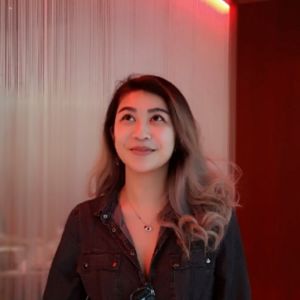 Having lived in Hong Kong, Beijing, and London sure is a fun fact whenever people try to guess Ching’s accent. She loves switching between all these language channels and her ‘mother tongue’ is just determined by how many drinks she’s had for the night! She loves movies, travelling, and exploring cities, from hidden alleys to gourmet dining, so feel free to hit her up if you need any suggestions for dinner!

10 best dim sum restaurants that do delivery in Hong Kong

12 places to find the best churros in Hong Kong