Famous for its bold flavours and distinct use of spices, Indian cuisine is the ultimate comfort food. From North Indian delicacies to South Indian delights, the diversity within Indian cuisine is phenomenal and often unexplored. Whether it is fusion or authentic, Indian food in Hong Kong is home to a plethora of delicious variety that has yet to be explored. Here is a guide to some must-try Indian restaurants that are definitely worth a visit. 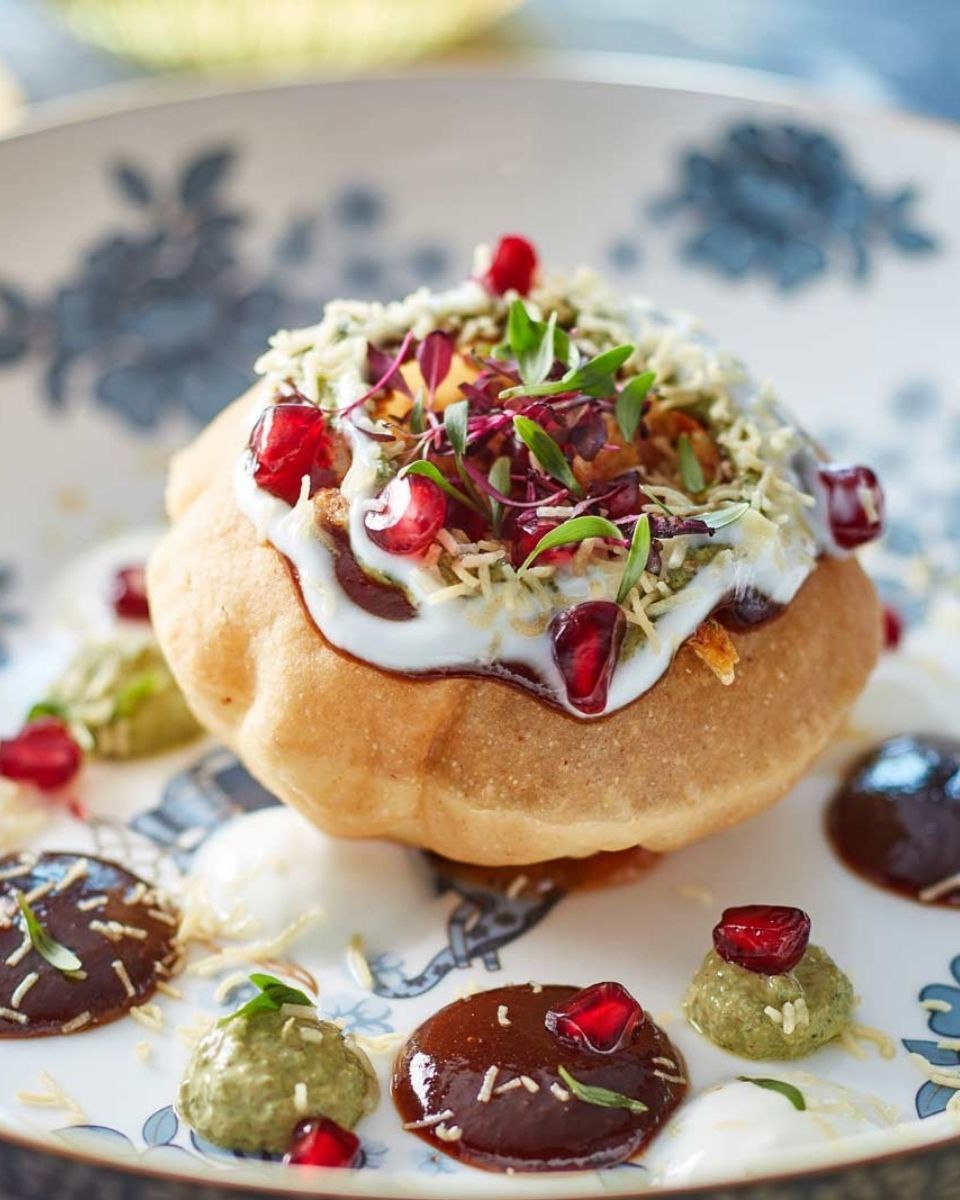 Inspired by the iconic bustling bazaars of India, Chaat is a loving tribute to the country’s delicious street food and its food stall vendors. While the restaurant serves an elevated version of these dishes, the authenticity and flavours are beautifully maintained.

Come with friends and family and order the chaat tandoori ($748), which comes with beef kebabs, chicken tikkas, fish tikkas, and lamb chops, and is suitable for two to three people. Accompanied by cocktails and wines that were influenced by traditional spice traders, Chaat eloquently brings India’s colourful roadside food culture to Hong Kong and the vibrant atmosphere is perfect for all sorts of gatherings. 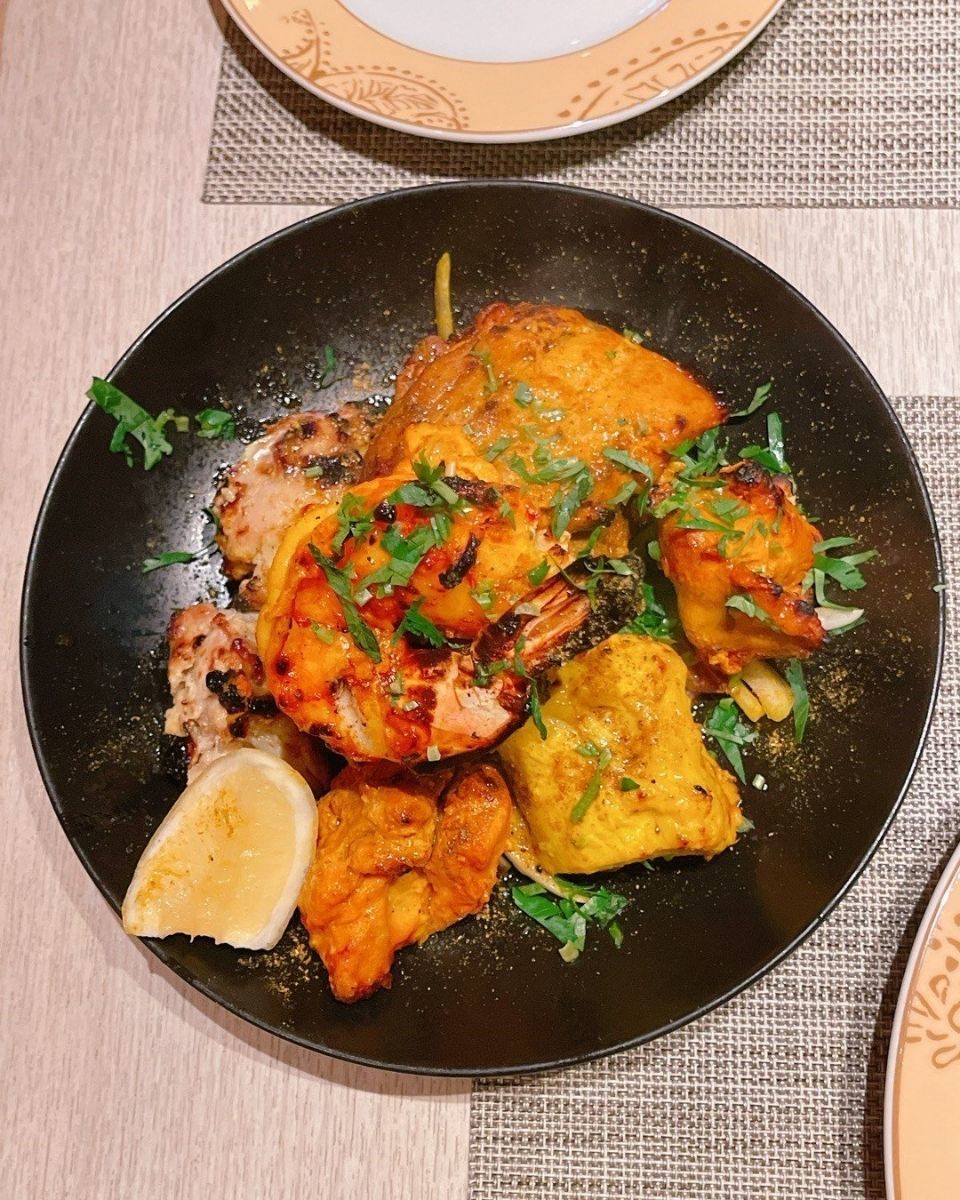 Holding the title as one of Hong Kong’s oldest Indian restaurants, Gaylord is, to this day, recognised for its authentic and traditional Indian cuisine. Recommended by the Michelin Guide, it should come as no surprise that Gaylord is home to an extensive menu that captures the true essence of North Indian food.

While it serves many meat-based delicacies like chicken tikka masala ($148) and lamb rogan josh ($158), Gaylord also has vegetarian options such as saag paneer ($118) and dal tadka ($98) that are just as delicious as their meat counterparts. Regardless of what your order, the grand culinary experience and service and Gaylord are unlike any other. 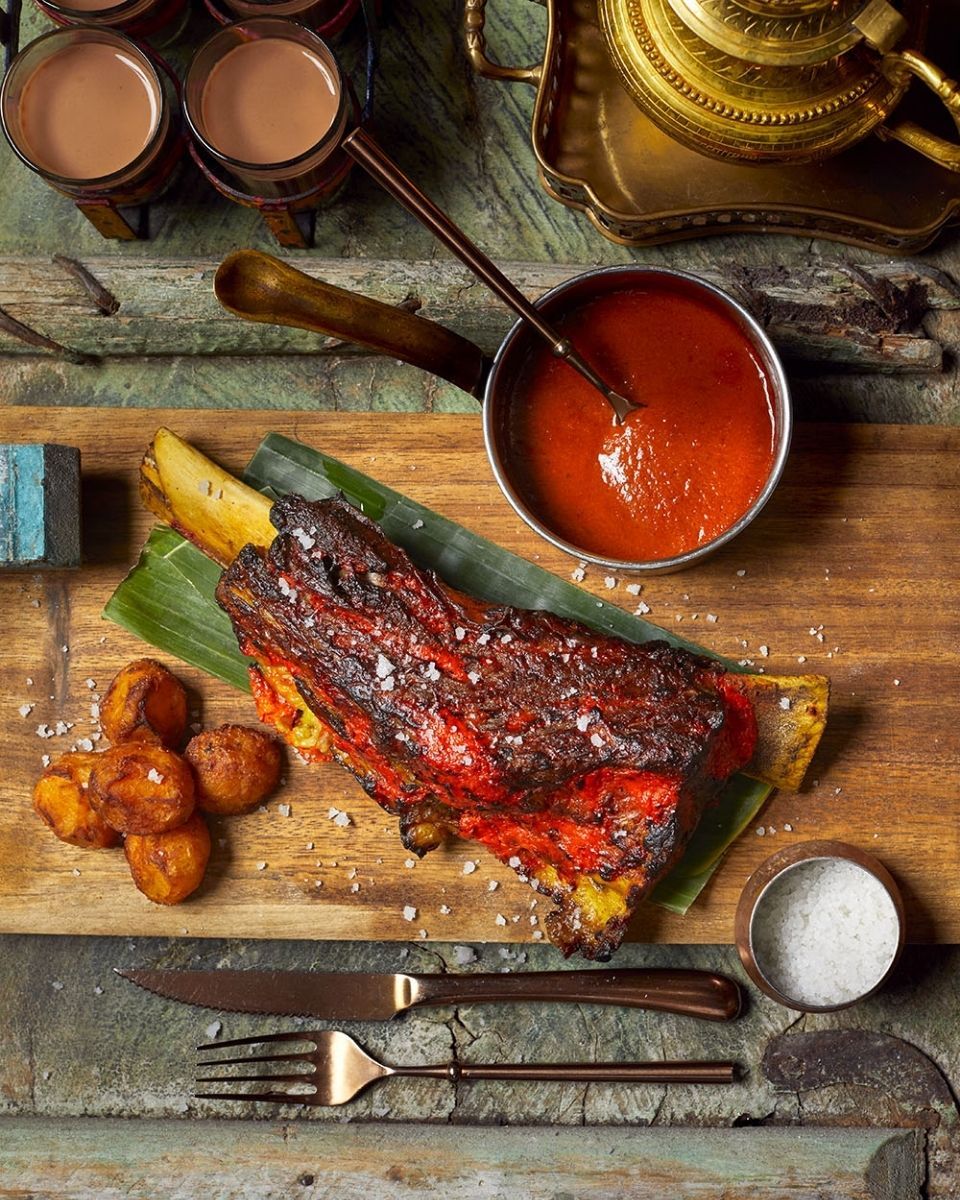 Named after a person who prepares, sells, or serves tea, Chaiwala actively embraces the philosophy that life is chai. While it presents classic traditional Indian dishes with a modern twist, Chaiwala, in the heart of Central, is the ideal location for lively nights out.

Offering delicacies from all across India, the menu takes you on a flavoursome journey as you taste the best of each region—we think the traditional Old Delhi butter chicken ($150) and the signature pani puri with jal-jeera ($90) are must-order dishes. Its contemporary open kitchen space and lavish interior perfectly complements their thorough menu and provides diners with the ultimate restaurant experience. 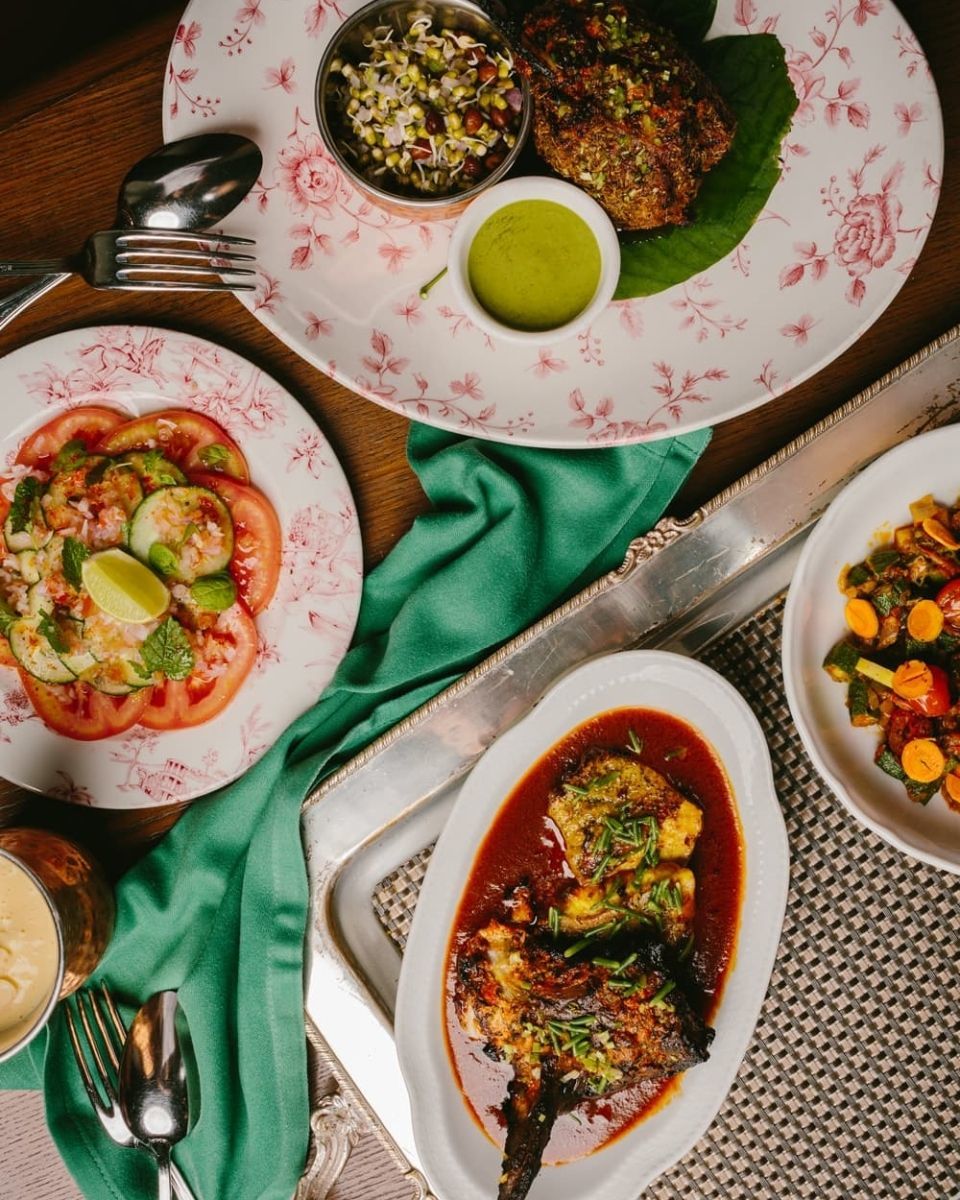 New Punjab Club is best known for its samosa chaat ($158), masalewali champ ($738), and tandoori cobia ($288). Its admirable cocktail list celebrates the Punjabi zest for life and centres mainly around gin during the summer and whisky during the winter. 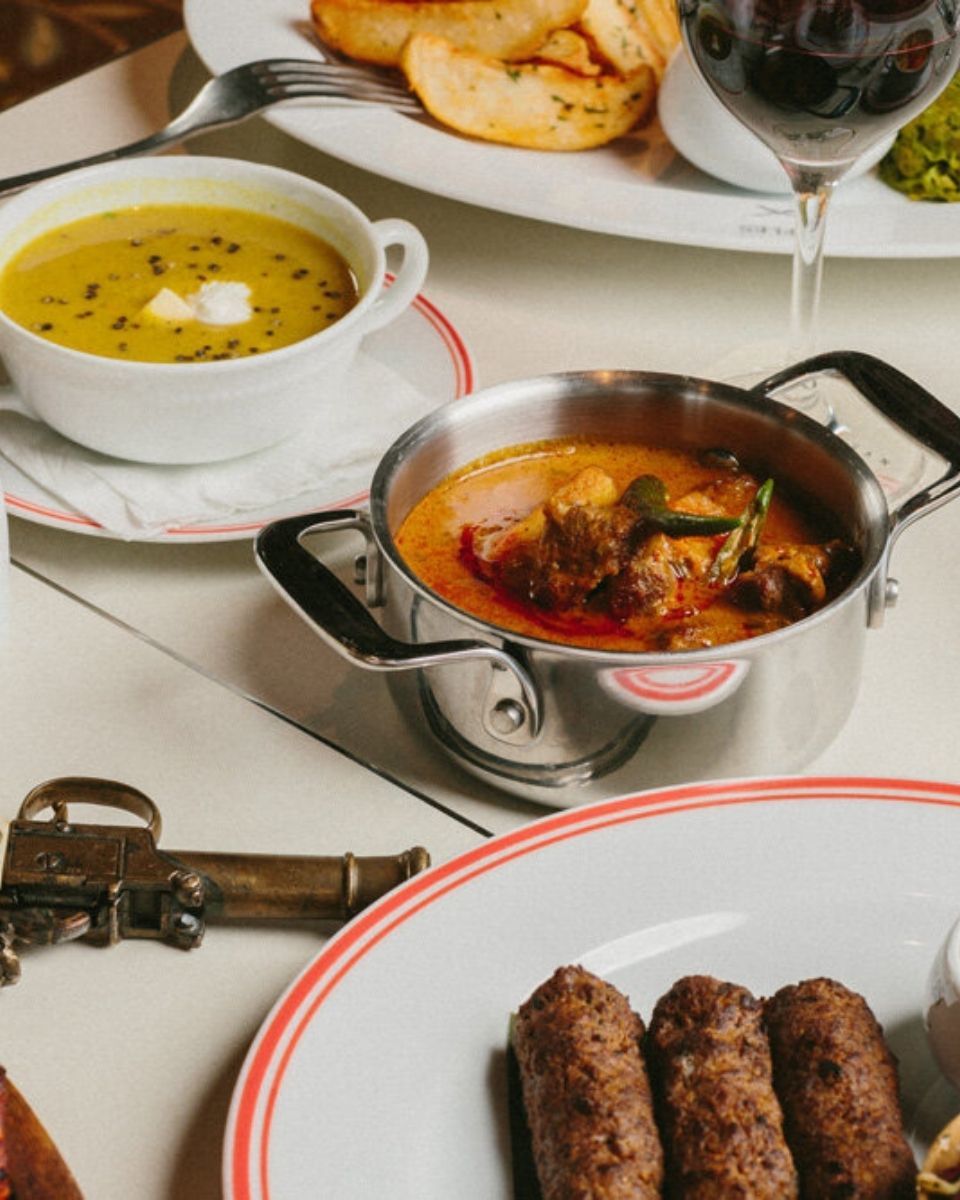 Located at the Peak, the Rajasthan Rifles is a restaurant inspired by Indian war history. When the British Indian Army stationed in the subcontinent started accepting officers of Indian heritage into the mess halls where everyone ate and socialised, the cuisines of the two nations started to adapt flavours from one another.

Despite the tensions between the two countries, its cuisines come together amicably—Rajasthan Rifles explores the two cultures and serves Anglo-Indian cuisine that, to their interpretation, would have been served at the time.

While the restaurant has many fantastic dishes, such as the chicken cutlet ($188) and the Anglo-Indian fish and chips ($178), their picnic set ($498) is a good choice for a wonderful day out on the Peak. Designed for two, the picnic hamper is filled with delicacies like the Rajasthan Rifles club sandwich that will leave your taste buds tickled. 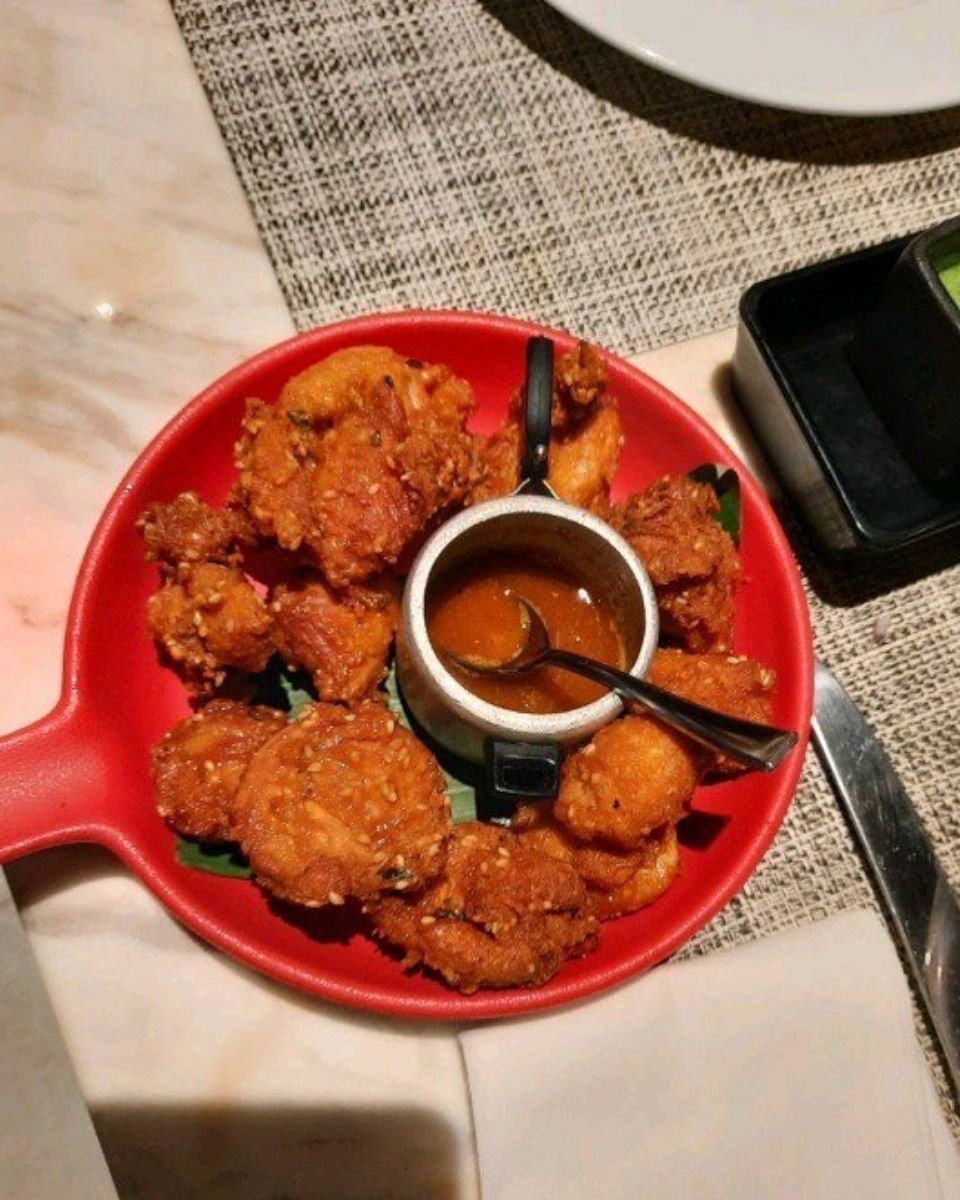 Gunpowder is named after the exotic spice mix known as milagai podi (or gunpowder), a spicy chutney powder that forms the basis of many Indian condiments. Luxurious and stylish, this restaurant serves elevated Indian cuisine with a modern flair—the menu is filled with fusion delicacies that draw inspiration from many other classic Asian dishes.

While the signature gunpowder chicken ($98) is highly palatable, the peri-peri scallops ($118) and chicken makhani ($108) paired with cheese truffle naan ($38) will surely leave you wanting more. Its signature cocktail, the Masala Mary—a desi take on the Bloody Mary—is a must-try alcoholic beverage that has the perfect balance between fusion and tradition. Gunpowder does an excellent job of taking Indian cuisine and giving it a sophisticated adaptation for an all-time palate-pleasing Indian meal. 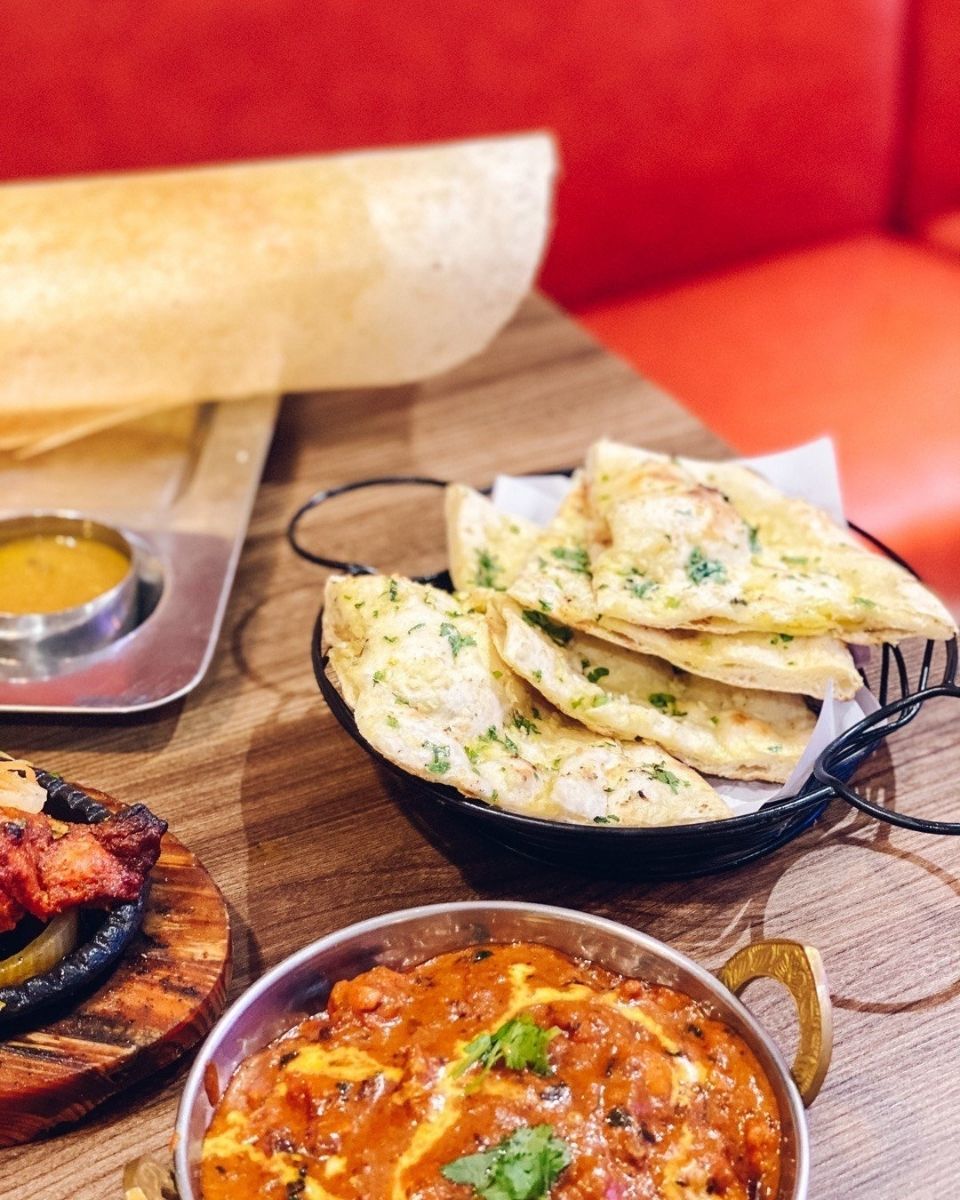 With 85 branches around the world, Anjappar is a world-famous restaurant chain that has earned its reputation for dishing up authentic South Indian food. After years of perfecting traditional homemade recipes, Anjappar has mastered Chettinad cuisine. In addition to serving halal meat, their menu is known to be relatively affordable with large portion sizes.

Although Anjappar is mainly popular for its South Indian dishes like the masala dosa ($75) and the plain uttapam ($60), it also has an extensive variety of North Indian and other pan-Asian eats that are definitely worth trying. If you’re thinking of going in a big group, the chicken bucket biryani ($250) and mutton bucket biryani ($350) are perfect for sharing. 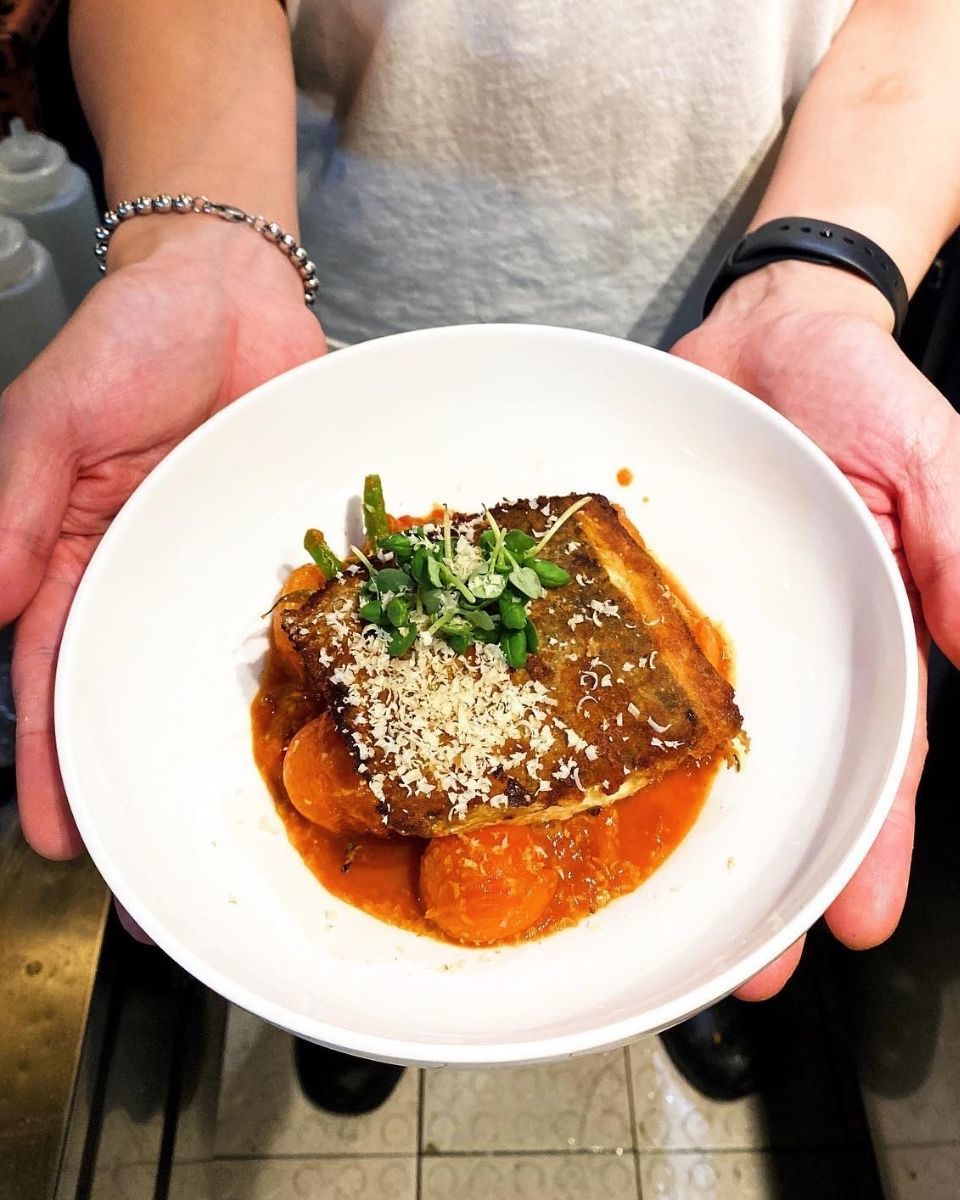 Pondi is a nostalgic ode to Pondicherry, a seaside town in southern India that was once a French colonial settlement. Here, the menu offers a unique and almost fusion approach to Indian home-cooking and classic French cooking philosophies—a first for Hong Kong.

Must-try dishes include the butter-poached seabass ($225), made with vadouvan spice, celery root, chilli, and a lime and shrimp emulsion, and the seared house curd ($160). Its dishes draw from the childhood memories and favourite foods of its co-founders, who aspire to creatively highlight their French and Indian heritage—for them, Pondi is a love letter to every home away from home. 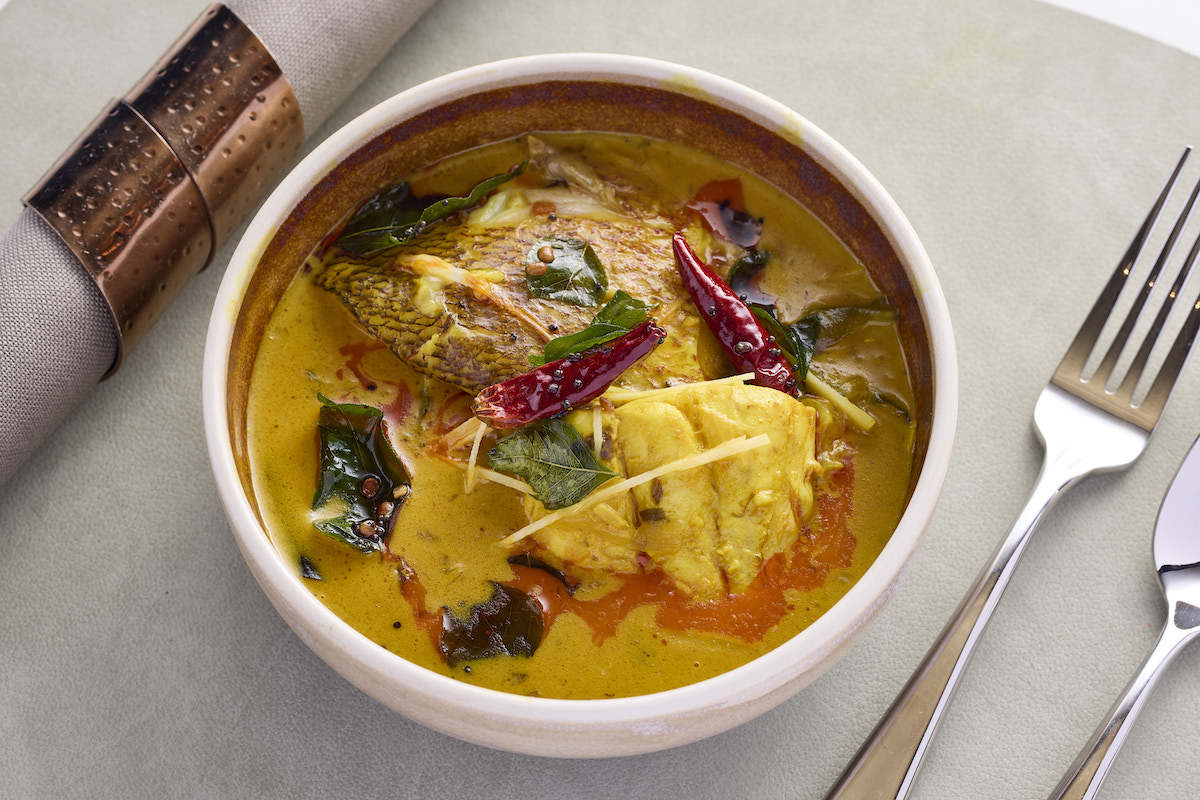 Featured on the coveted Michelin Guide Bib Gourmand for over a decade, this vibrant dining room has earned a staunch allegiance from regular diners. Aside from boasting a main menu that has been carefully crafted by chef Irshad Ahmed Qureshi, a seventh-generation descendant of the Khansama royal chefs of India, Bombay Dreams is also known for its elegant line of tandoor-grilled fare, mouth-watering desserts, and impressive buffet.

Modernising traditional recipes with an irresistibly chic presentation, highlights include the regal shahi galouti kebab ($148) that is pounded thin for a melt-in-your-mouth effect, as well as the mango-laced Alleppey fish curry ($238). Come on a weekend to make the most out of the weekend brunch buffet ($238) inclusive of standard beverages as well as two wholesome varieties of chai tea to soothe. 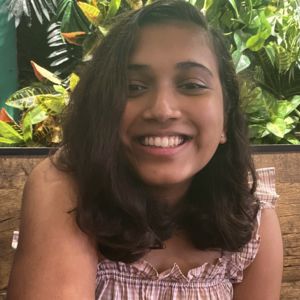 Where to eat & drink on Peel Street