With its fresh, herbaceous flavours, Vietnamese cuisine is right up there with Thai and Japanese as one of the most popular cuisines in Hong Kong. But while we love how easy it is to get a bowl of phở or a bánh mì (also known as French sandwiches in some older restaurants), not all are made equal—and those two dishes certainly do not represent the entirety of Vietnamese cuisine. From old-school hole-in-the-wall noodle joints to contemporary restaurants dishing out inventive fare, here are our favourite Vietnamese restaurants in Hong Kong. 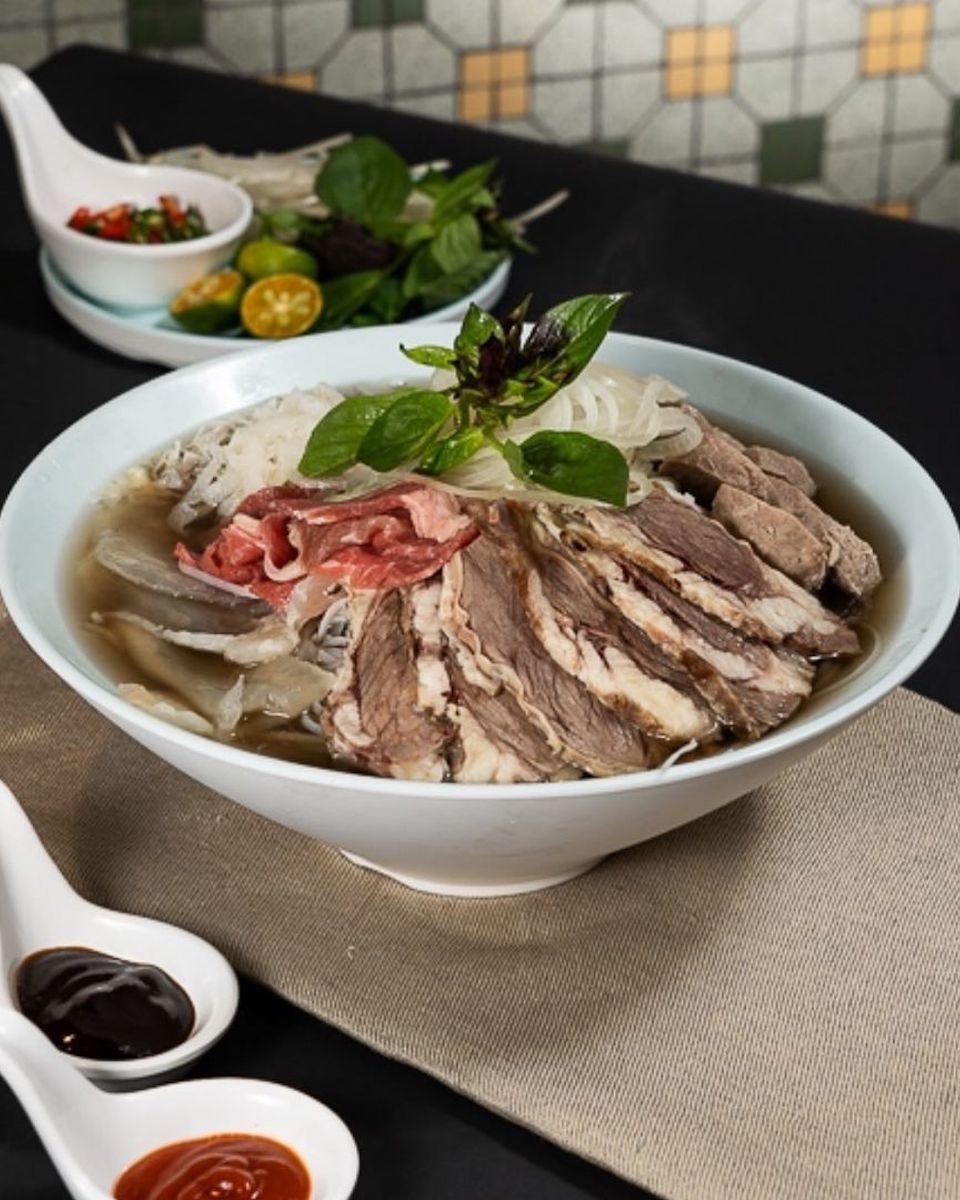 For fresh, hearty bowls of phở that will impress even the most pernickety epicurean, head over to Fûhn, where they apply next-level seriousness to the art of superb noodles, making their broth exclusively using water that has been treated by an extensive purification and filtration system. With over a dozen phở options covering both traditional and contemporary options, there’s bound to be a bowl for you.

Traditionalists need not look further than their special beef fûhn ($128), which is topped to the brim with US Angus beef, brisket, beef ball, beef tendon, and beef flank and tripe. Adventurous phở-natics can slurp on modern offerings like the cheese rare US Angus beef fûhn ($95) or satay US Angus beef fûhn ($88). Pair it all off with a plate of crispy salted egg yolk chicken wings ($68) or a grilled cheese shrimp toast ($128)! 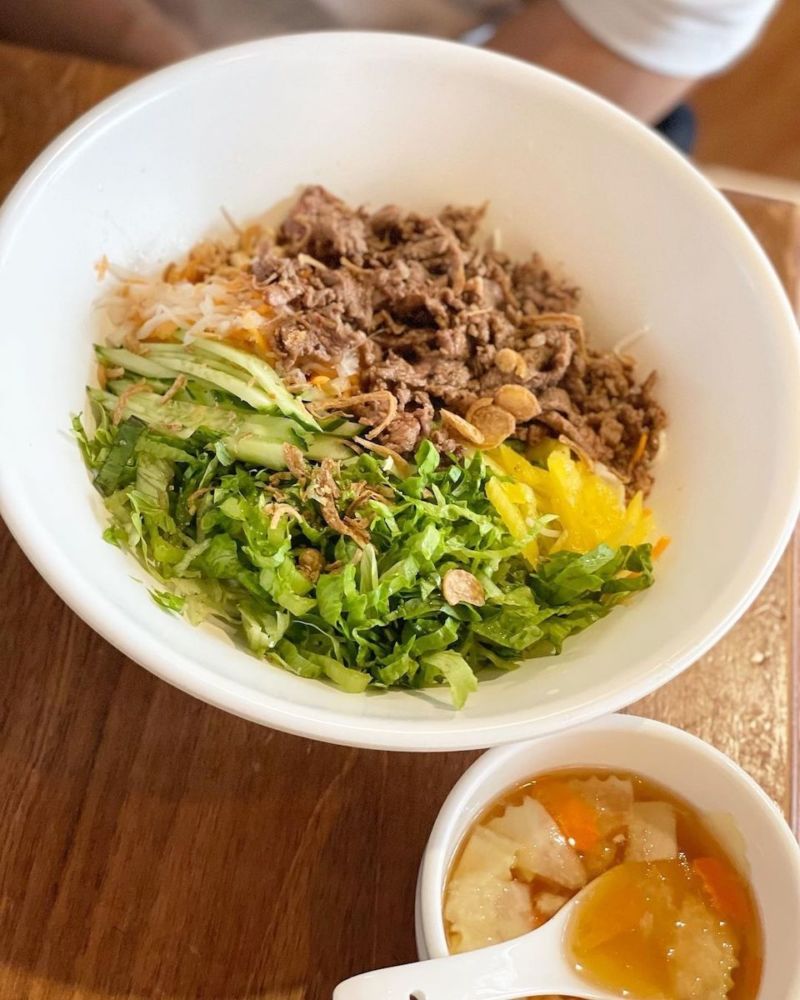 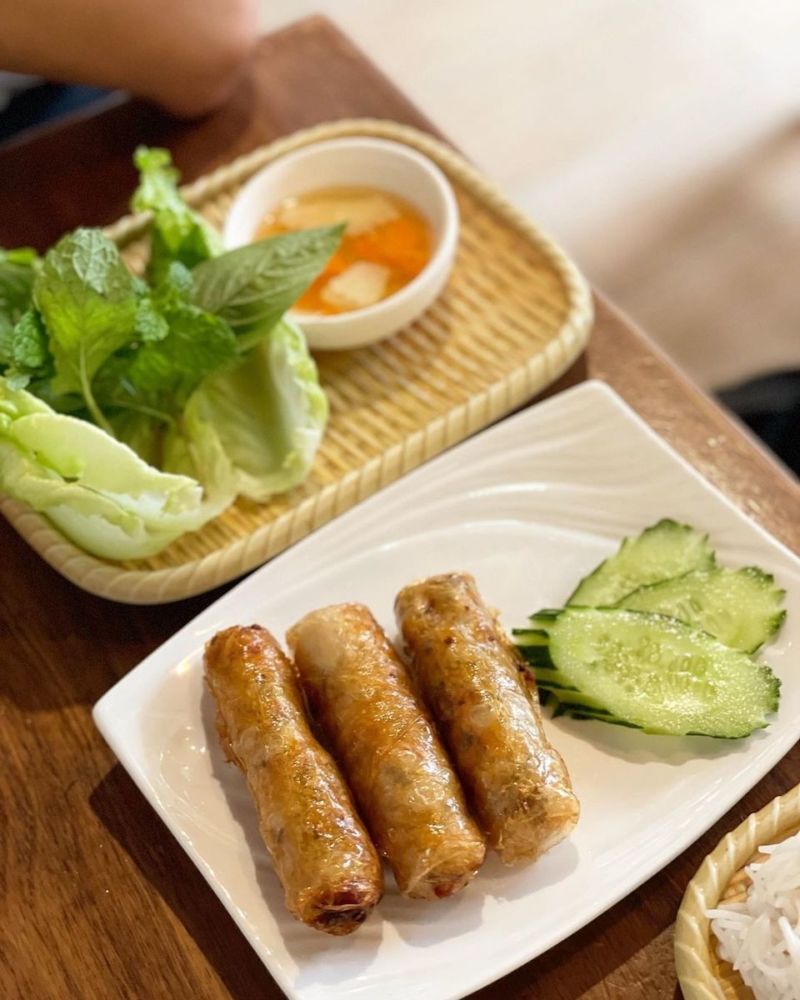 Standing out amid Mong Kok’s crowded dining scene is no easy feat, but this down-to-earth, 16-seater Vietnamese restaurant manages to do it with charm and incredible food, drawing in a loyal clientele who queue up for a straight-up taste of Hanoi. With phở in the name, you can expect them to ladle up some seriously flavourful phở bò ($80) with melt-in-your-mouth slices of beef fillet and slippery noodles shipped straight from Hanoi, but their grilled chicken col vermicelli ($76), crispy Vietnamese springs rolls ($68), and caramelised garlic butter fried chicken wings ($75) also deserve to share the glory of the eatery’s stellar reputation! 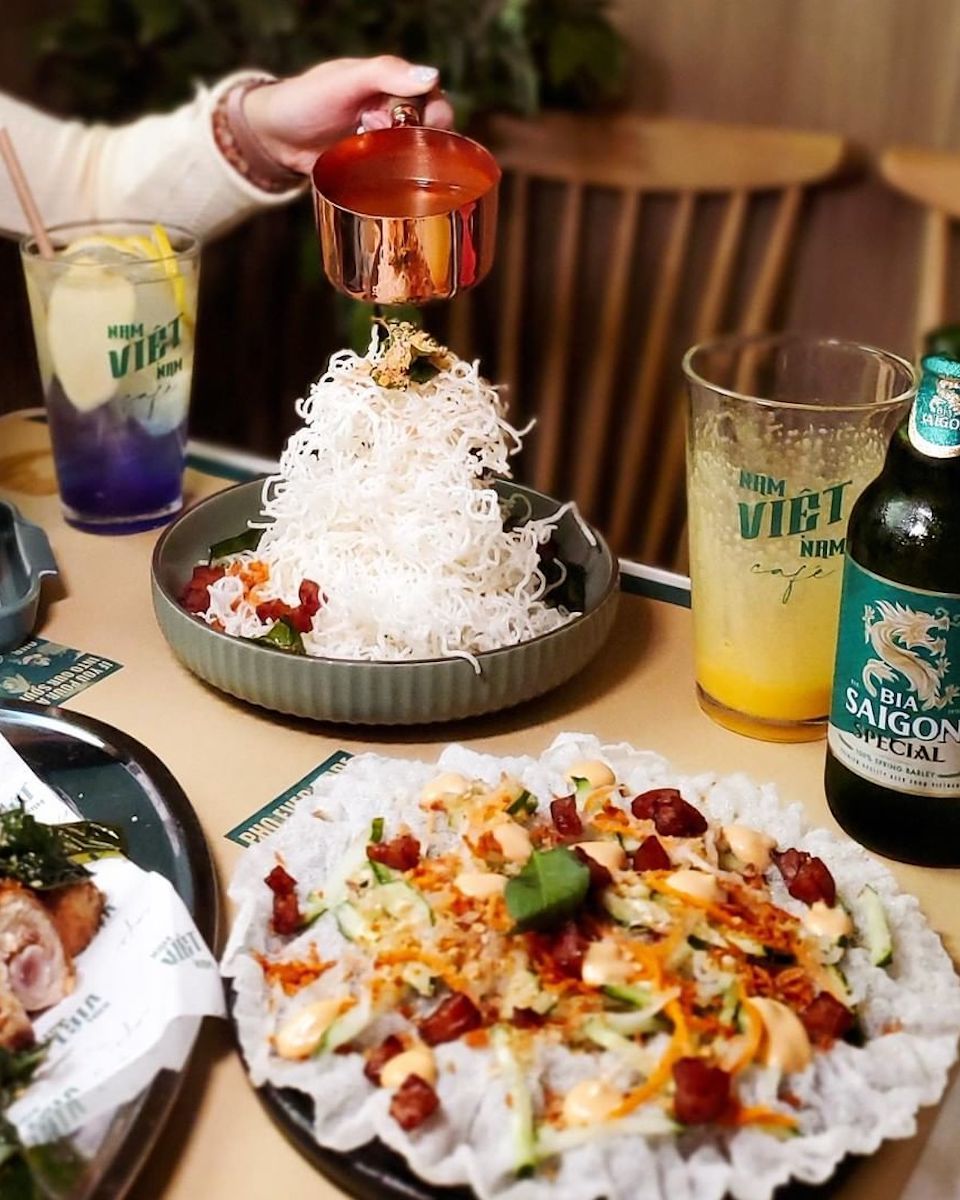 To Thai For: Our favourite Thai restaurants i... 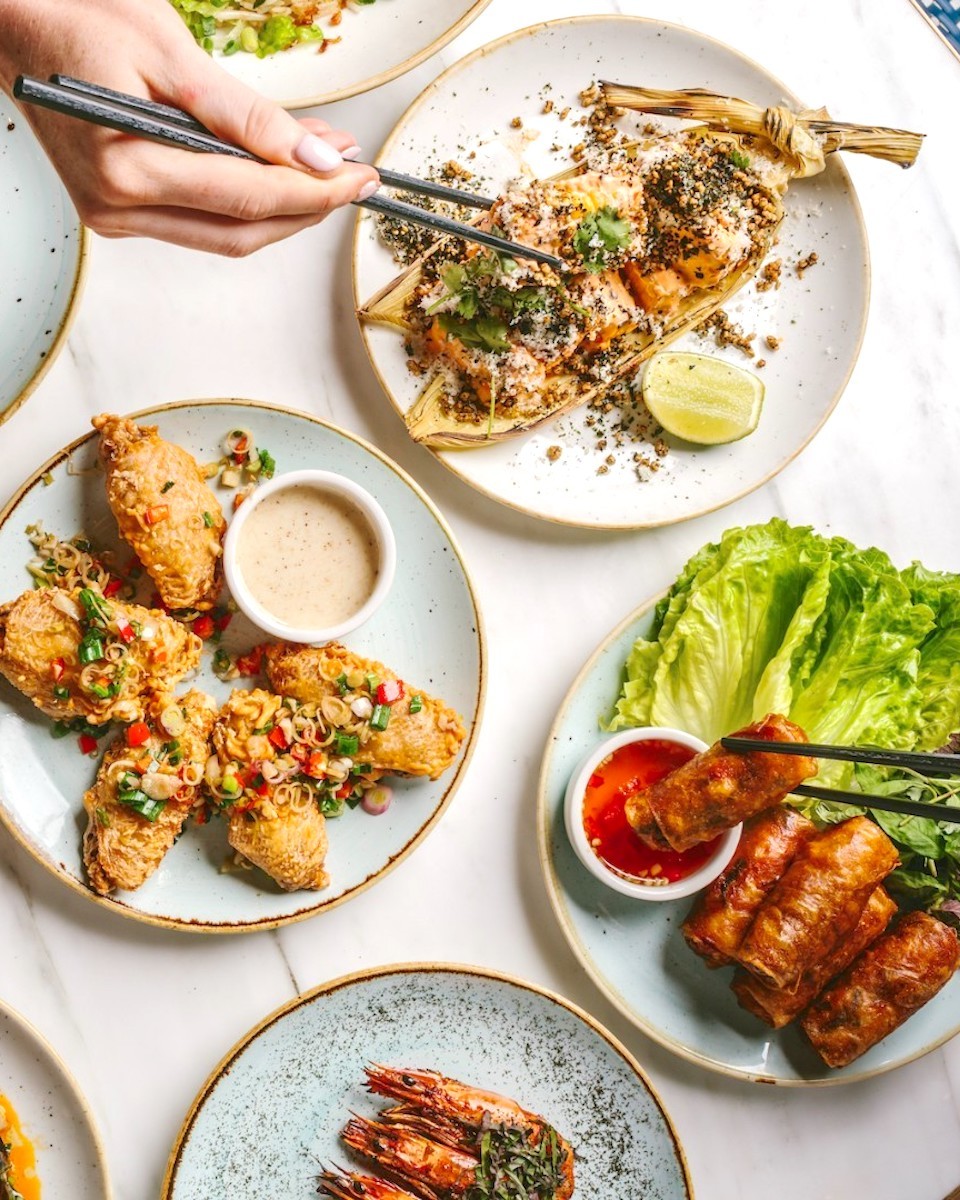 Self-billed as a Saigonese grill house, Le Garçon Saigon is committed to bringing the best of southern Vietnamese grilling culture to Hong Kong, starting with their thoughtfully curated interiors and atmosphere. Upon stepping into the glass-fronted, foliage-adorned entrance, diners will find themselves swept away to a Parisian-Vietnamese brasserie, complete with geometric-tiled flooring, wicker chairs, and art-clad walls.

Its menu takes you further into Ho Chi Minh City’s exciting and diverse culture, showcasing sumptuous platters of grilled seafood, aromatic stir-fries, and DIY rice paper rolls, in addition to lesser-found offerings like the fan-favourite hamachi tartare ($168) served with a zingy tomato chilli dressing and a wood-fired suckling pig (starting from $428) with Vietnamese kimchi and fried and steamed boas. For those inclined to tipping back a glass or two with their meal, you should not skip on their extensive wine list either! 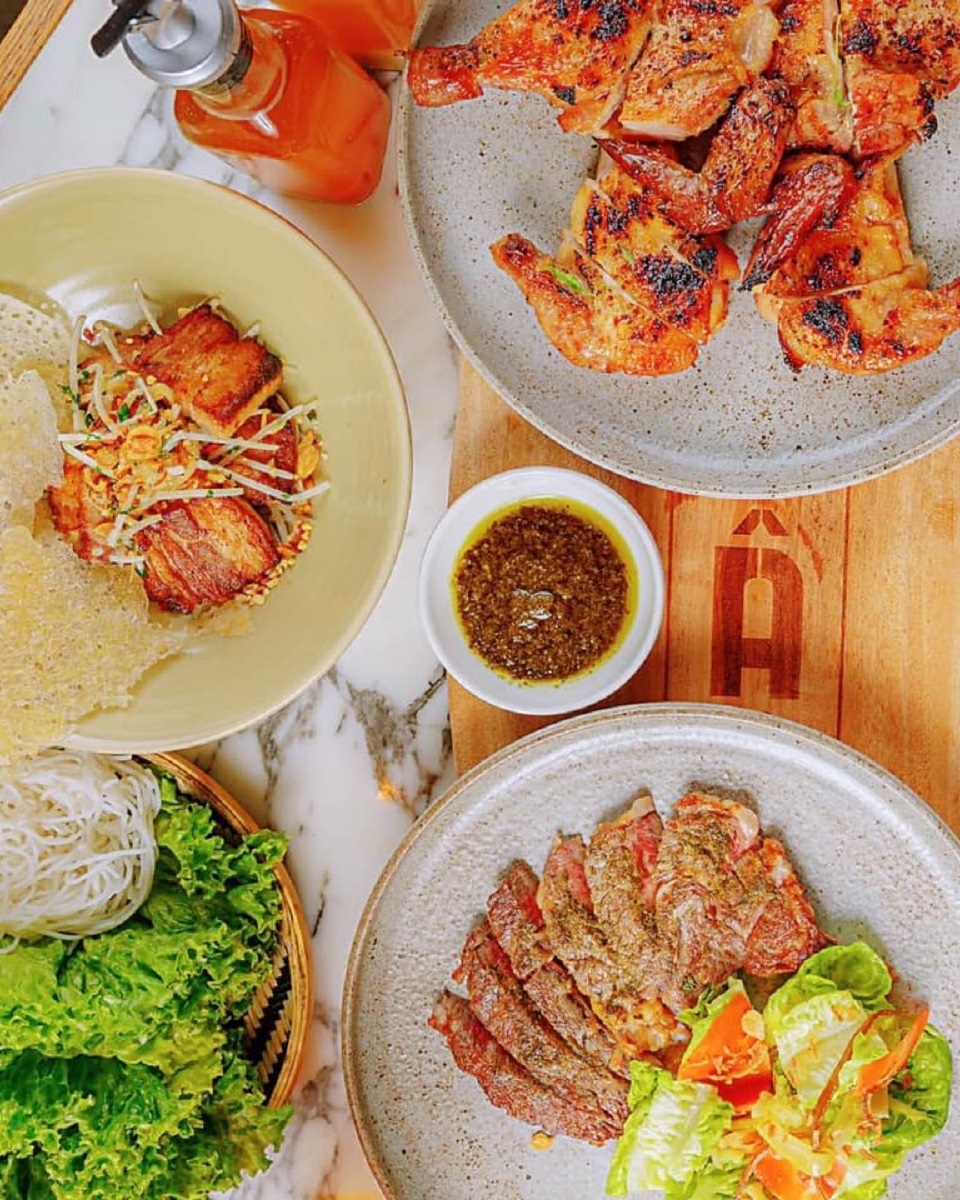 While Vietnamese fine-dining restaurant Quest by Que is sadly no longer with us, Chef Que has been busy at work over the last year or so with Nhau, his convivial contemporary Vietnamese eatery in Sheung Wan. Whet your appetite with the hamachi bowl ($180), a cool and refreshing salad of rice noodles topped with hamachi fish, before tucking into the restaurant’s signature grilled lemongrass pork collar ($180) and bánh mì tacos ($120). “Nhậu,” which is the Vietnamese word for “together,” is also shorthand for a cultural tradition of “drinking and feasting”—fittingly, the restaurant does a mean weekend brunch, where a mere $280 will get you two hours of unlimited wine, beer, and cocktails. Sounds like a great deal to us! 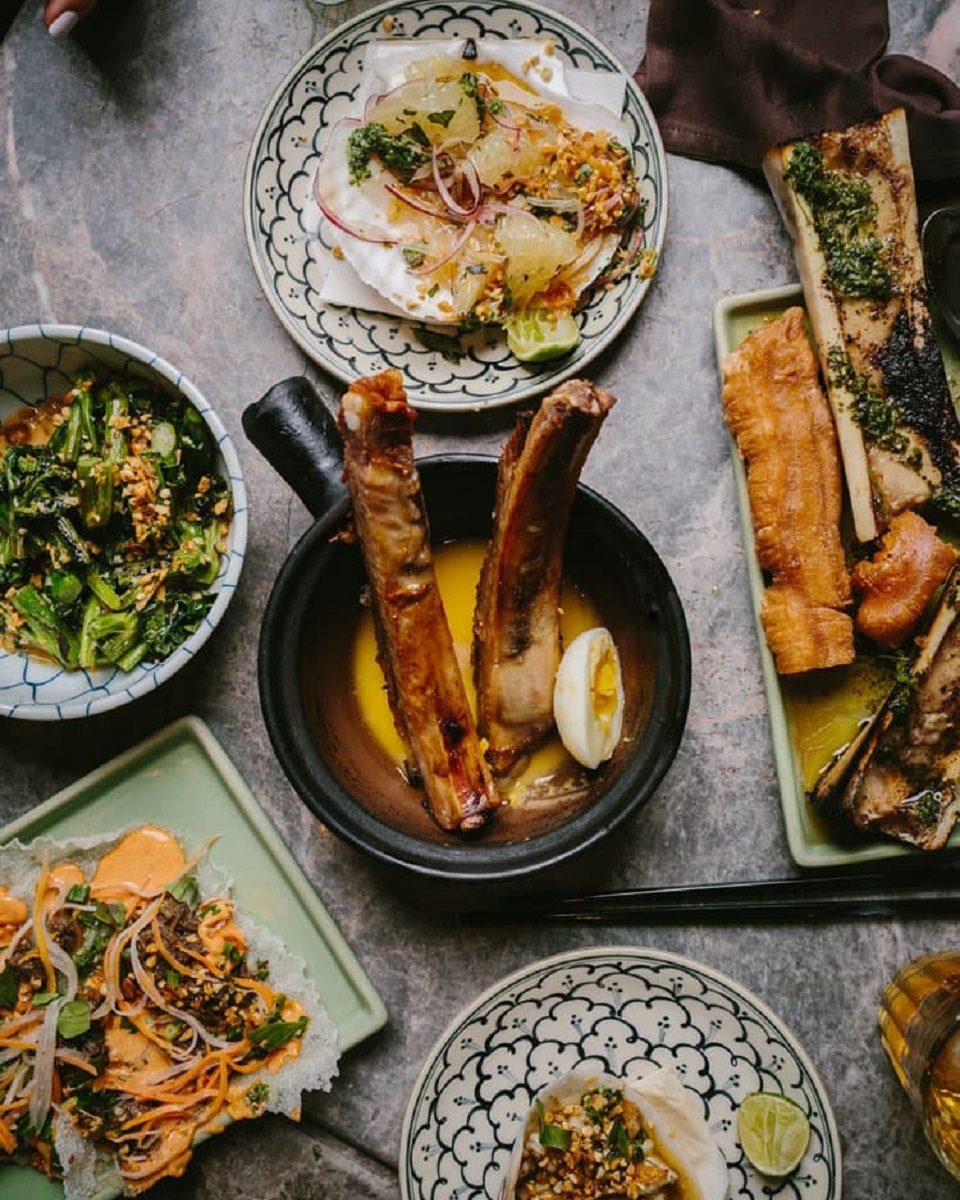 Inspired by Vietnam’s bia hơi drinking tradition, Chôm Chôm is a lively restaurant and watering hole from Black Sheep Restaurants. Although you will not be able to get fresh beer for less than $4 like in Hanoi, Chôm Chôm more than makes up for it with its fun atmosphere and street food-inspired menu. Pair cold pints with salty, delicious snacks like the crispy VFC wings ($108), grilled tiger prawns ($118), and roasted bone marrow ($128). For something a little more filling, try the phở-braised short rib lettuce wraps ($208) or Shaking Beef ($228), a juicy tenderloin served with watercress, cherry tomatoes, salt and pepper lime dip, and a side of rice.

Where to find the best bánh mì in Hong Kong 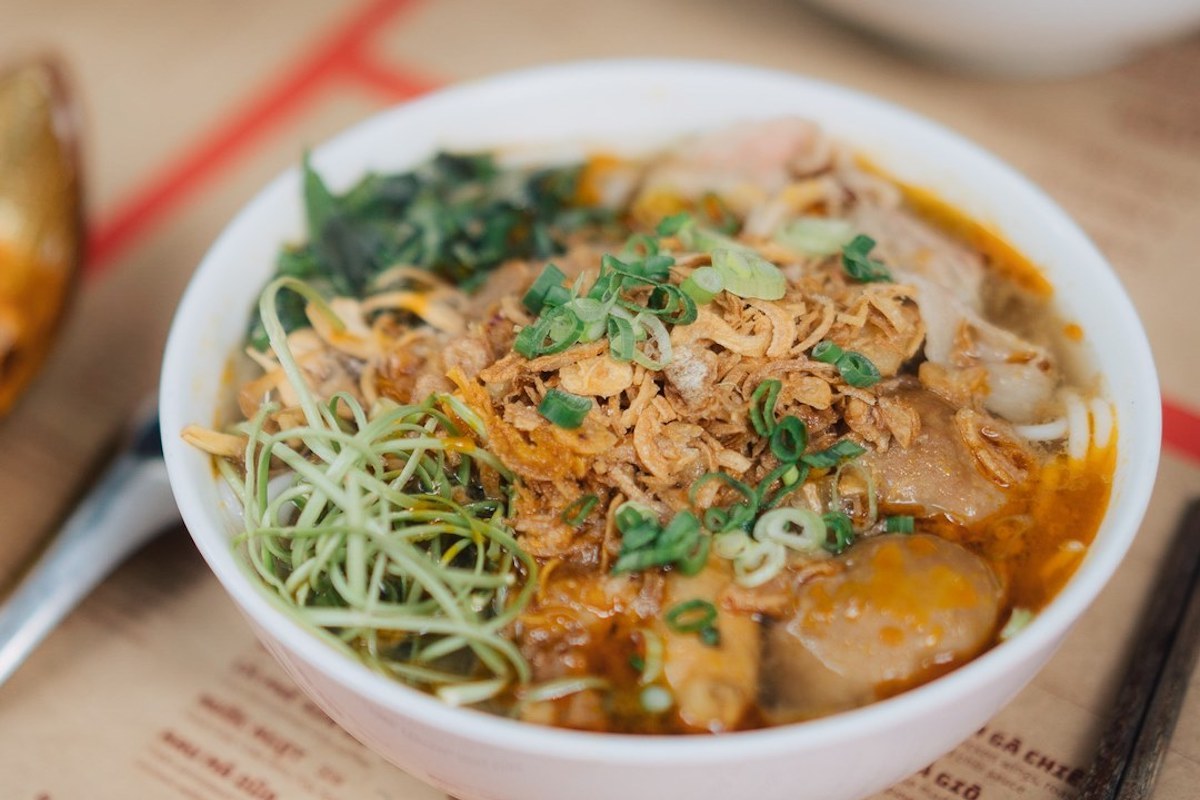 Located in the mini-food haven of Kau U Fong, this restaurant specialises in bún (Vietnamese rice noodles). Its founder, Brian Woo, travelled to Vietnam to learn how to make bún from Nguyen Thi Thành, a Ho Chi Minh City noodle seller who skyrocketed to fame after Anthony Bourdain rhapsodised about her food on No Reservations.

As at Nguyen’s stall, the main attraction here is the bún bò Huế ($118), a bowl of vermicelli with chả huế pork sausage, beef balls, beef brisket, and slices of rare beef in a rich beef broth. However, Cô Thành is not a one-trick pony—there are plenty of other satisfying noodle dishes, as well as a seriously good selection of banh mi (we like the bánh mì truyền thống, which comes loaded with five types of pork charcuterie) and small plates. Make sure you arrive early, because just like at Nguyen’s eatery, there’s almost always a crowd. 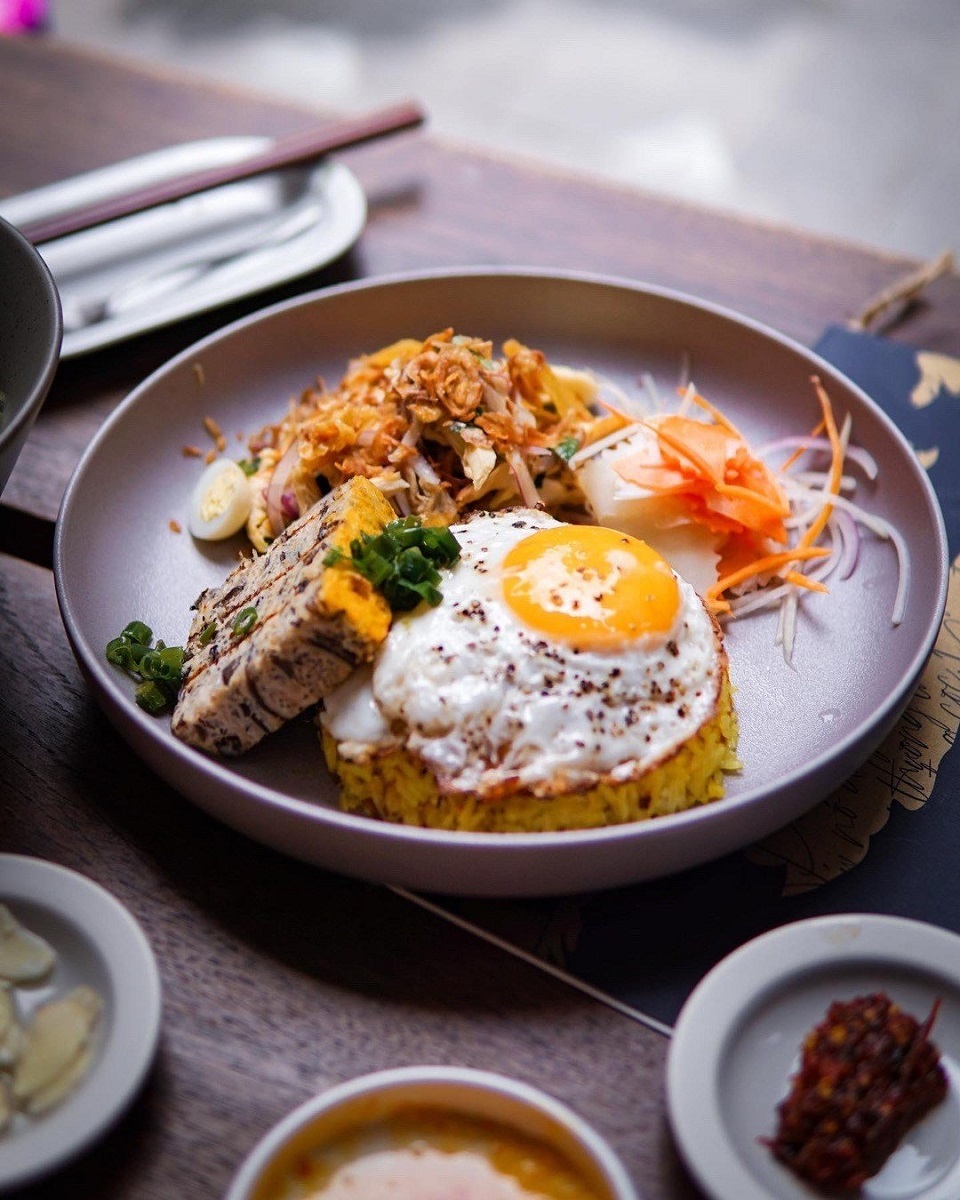 Despite the fact that chef-proprietor John Nguyen is most famous for his tenure as Chôm Chôm’s head chef and Hanoi House in New York City, don’t expect to find any street snacks and bia hơi vibes at Xuân. This modern, Northern Vietnamese-style restaurant is inspired by the legendary eighteenth-century Vietnamese poet of the same name, whose portraits hang over the moody, stylish space.

Although you will find a signature beef phở ($168) on the menu, Xuan’s broth is saltier, richer, and deeper in flavour than the light and herbaceous southern-style broth most people are familiar with, and comes topped with beef tongue and oxtail, rather than brisket. That being said, you would be doing yourself a disservice if you didn’t try some of Xuan’s other signatures, like the cơm gà Hội An ($168), a modern take on chicken rice featuring hand-pulled chicken, duck egg chicken meatloaf, a fried egg, and turmeric garlic chicken rice. 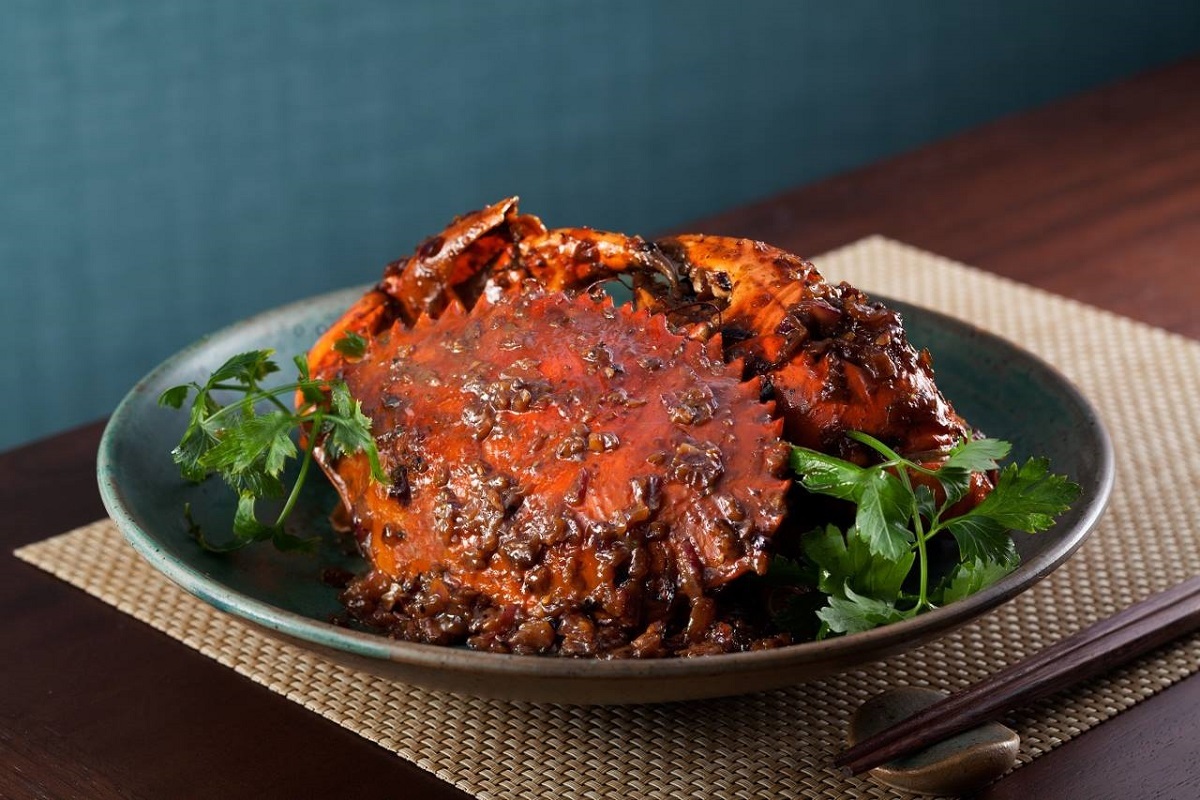 Inspired by the former French protectorate of the same name, this upscale eatery serves cuisine from Hué—Vietnam’s former capital and the historical “city of emperors”—in a distinctly colonial-style setting designed to evoke French Indochina. Questionable romanticising of colonialism aside, An Nam is undeniably elegant, and the food is suitably luxurious, with mains like a whole wok-fried tamarind crab ($568), braised duck with young coconut ($188), and braised Wagyu beef cheek in red wine ($298) taking centre stage on the menu.

An Nam, locations across Hong Kong

Where to find bún chả in Hong Kong 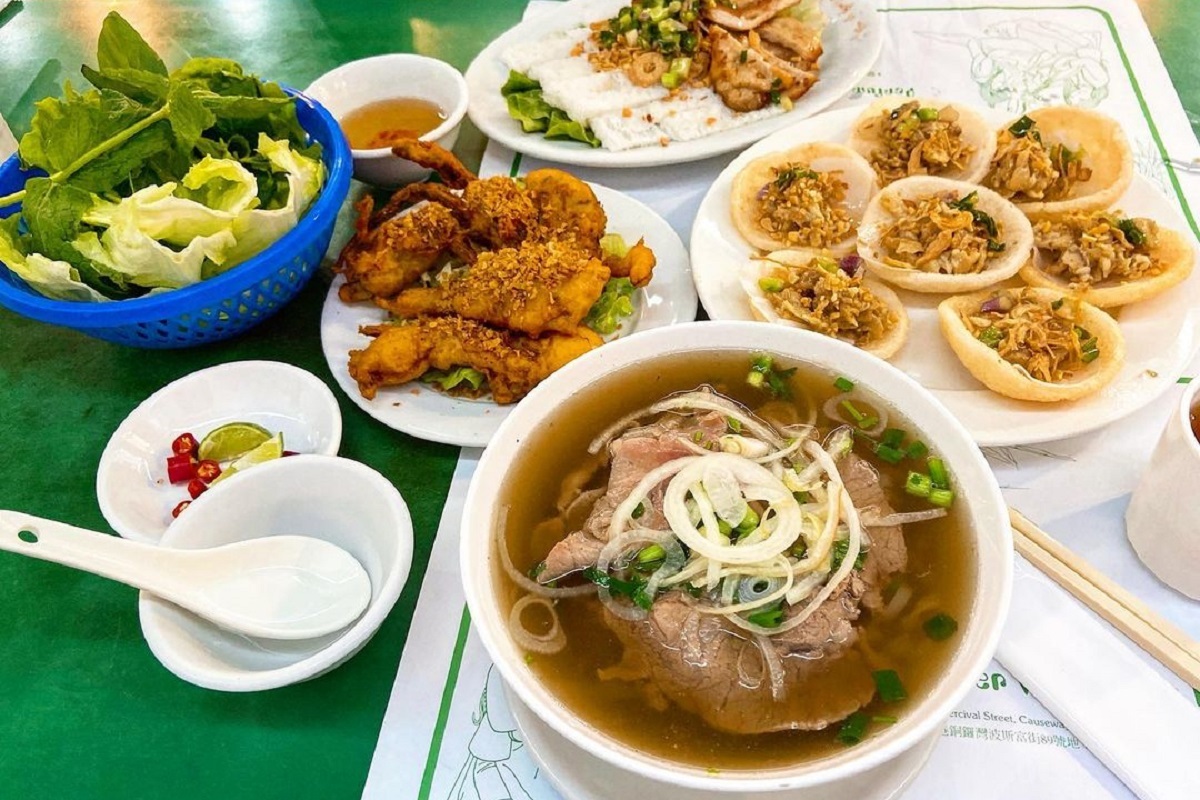 While its name references the Hương River in stately Huế, this Causeway Bay restaurant is decidedly no-frills. Its old-school décor might be interpreted as being deliberately retro at first glance, but Perfume River has actually been around for over 40 years, all the while attracting a steady and consistent stream of regulars and intrepid newcomers with its casual Hong Kong-style Vietnamese food.

Its massive menu can be a bit daunting, but you cannot go wrong with the cooked beef phở ($55), phở with fried Vietnamese salami ($55), or beef cubes with fried rice in tomato sauce ($90). The noodle portions are on the smaller side, but we just see that as an opportunity to try more dishes. 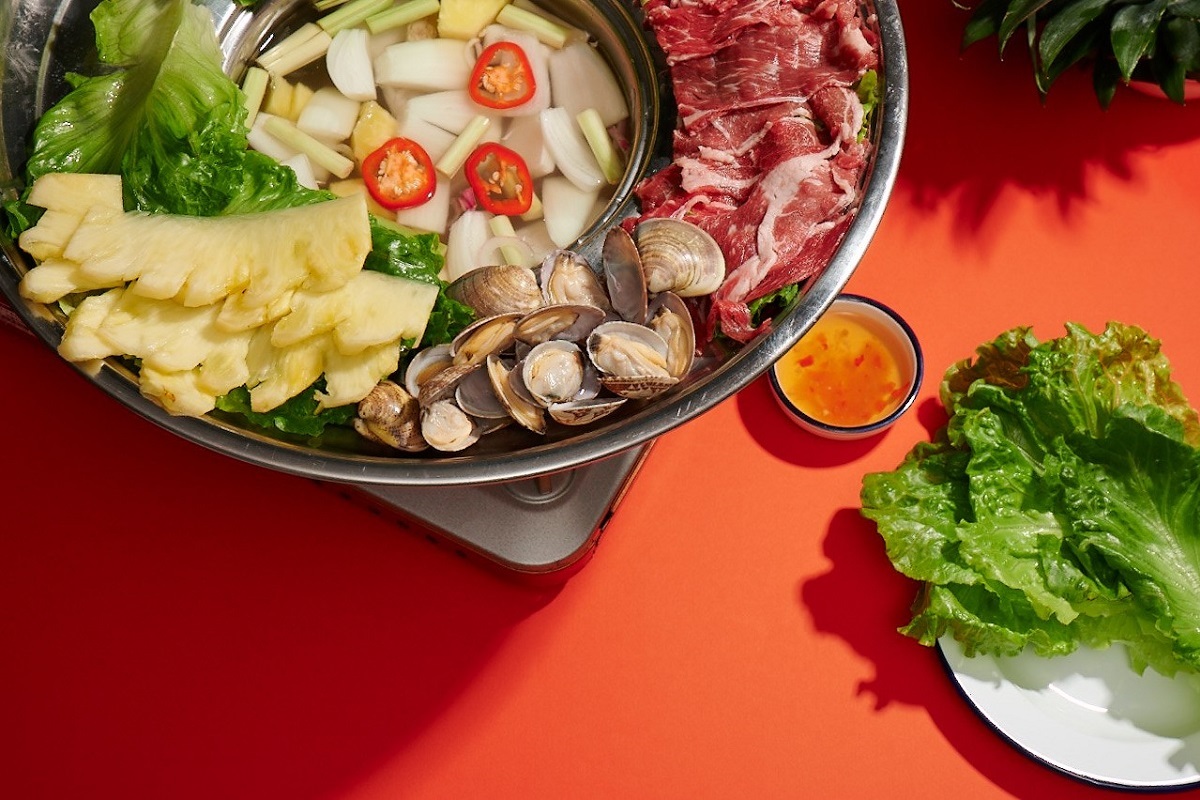 For fans of Cantonese-style hot pot, this cheerful addition to Causeway Bay is a must-visit. Catching the eye of Hong Kong’s foodies with its Vietnamese-style hot pot, the deluxe Vietnamese hot pot ($248) comes highly recommended. Diners can choose from either a chicken or crab broth as the base, with toppings like clams, beef, vegetables, and vermicelli. Alternatively, if you are looking for an affordable lunch set, try the bánh mì chả lụa ($68), which comes with a pork sausage bánh mì and So Tam’s soup of the day.

Where to find the best Portuguese food in Hong Kong

New Eats: Where to eat & drink in Hong Kong this March