Header image courtesy of Doubleshot by Cupping Room (via Facebook)

Modern and alluring at once, the espresso martini is a cocktail of dichotomies, said to be invented by the late Brit Dick Bradsell for a supermodel who asked for “something to wake me up, then f*** me up.” (And that it does.) It’s the perfect concoction of bittersweet balance and the heart-racing ingredients of vodka, espresso, coffee liqueur and sugar. Served in a coupe glass or martini glass, the drink delivers frothy results of a contemporary classic.

If you have café-hopped in Melbourne or lived the boozy days of the 1980s Soho scene in London, you’ll have probably come across the espresso martini, but here in Hong Kong, coffee cocktails have only recently been on the rise. Truth is, the espresso martini is a hard drink to master. For one, it would require bars to have a fully servicing espresso machine in place. And while it may call for simple enough ingredients, it’s entirely possible to end up with a drink that is either too sweet or too thin.

If you find yourself mixed up in a love affair between coffee and alcohol, why not have it both ways? We have scoured the town for the best espresso martinis and coffee cocktails Hong Kong has to offer—check out our top picks below. 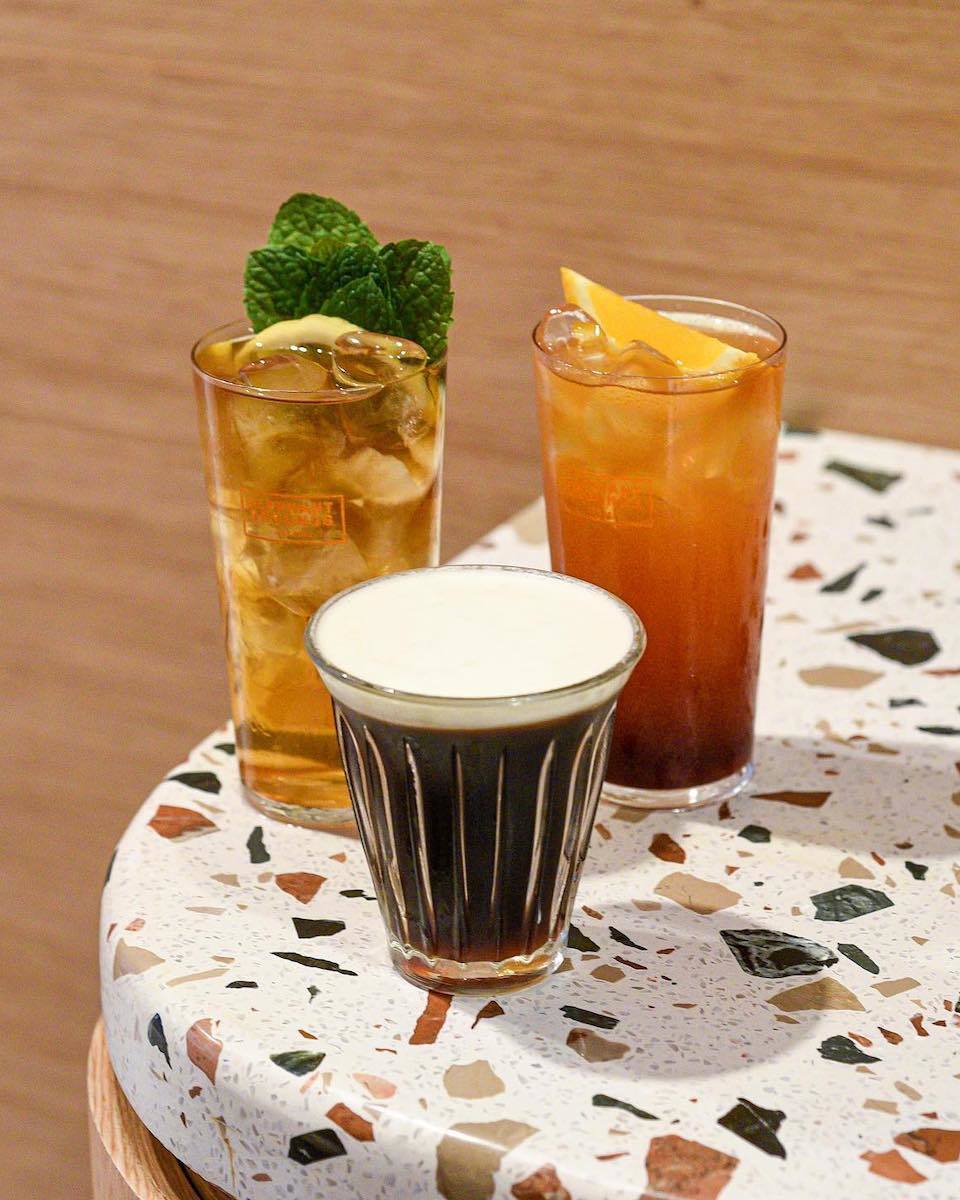 What margaritas are to the US, espresso martinis are to Aussies—which is to say, it’s a drink enjoyed ubiquitously. It’s no surprise then that you’ll find it on the menu at Elephant Grounds, the Australian-inspired brunch circuit staple. Elephant Ground’s Espressotini ($75) is made with a mix of Belvedere vodka, Kahlua coffee liqueur, espresso, and—in a twist of fate—Kirin whisky, which adds a slight East-meets-West taste to the pleasantly appealing drink.

For other plays on the matrimony of caffeine and booze, try out the exclusive drinks at Elephant Grounds Roastery made in partnership with the Diplomat, like the Baldy (Campari, espresso, and Kimono Mikan soda) and the cold Irish coffee (Jameson, cold brew, and cream). Served with a stack of pancakes, obviously. 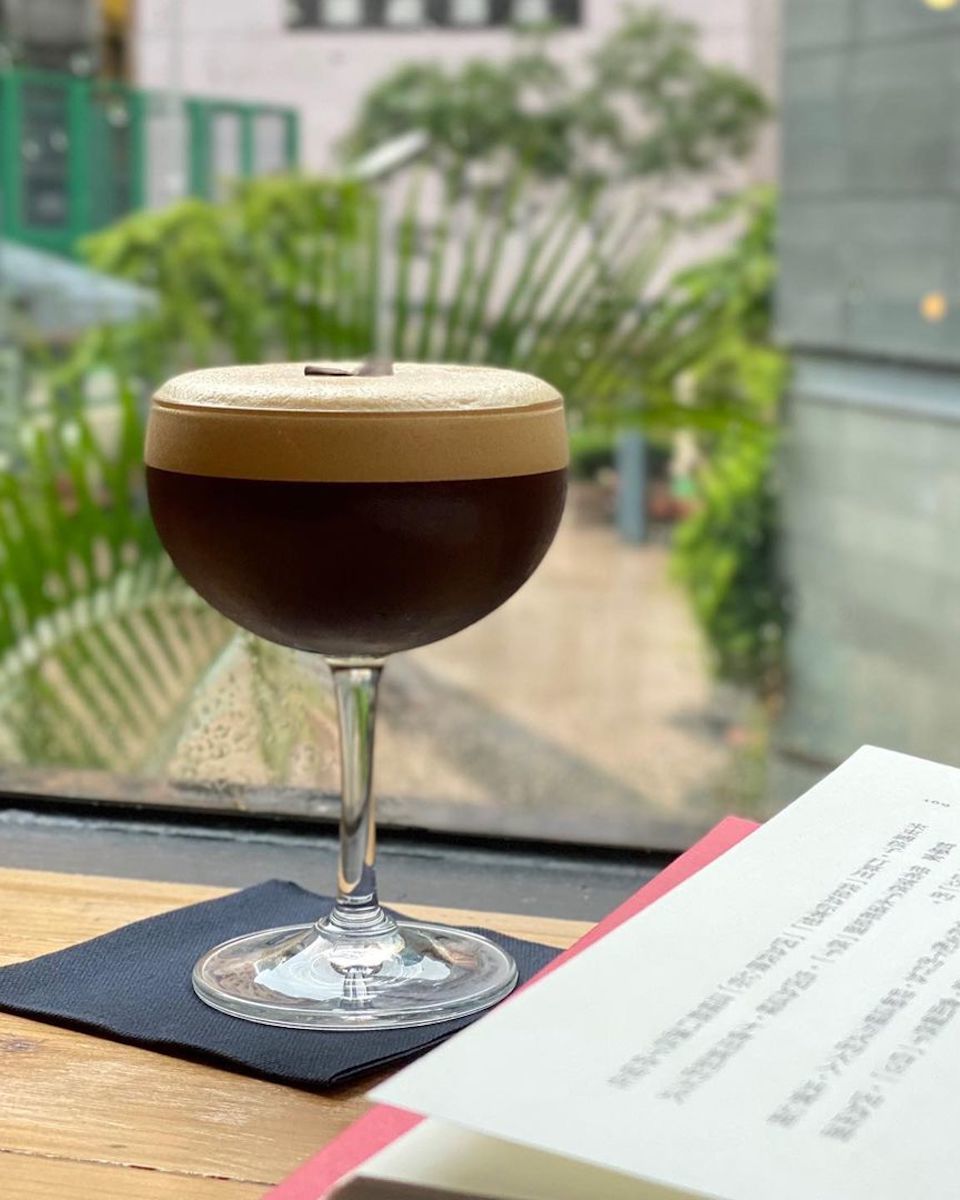 Neighbourhood café-turned-bar Winstons Coffee put the espresso martini on the map, then declared every first Saturday of the month their all-day espresso martini day. Naturally, we know that the cocktail is best served just before dinner when a mellow yet energising pick-me-up is much needed, but hey, when the occasion calls, who are we to say no? Winstons Coffee’s house signature ($50) is made with Black Cow vodka, Mr Black cold brew coffee liqueur, espresso, and chocolate bitters. Alternatively, go for the coconut-inspired version, which is made with Aluna coconut rum, Mr Black, and espresso. 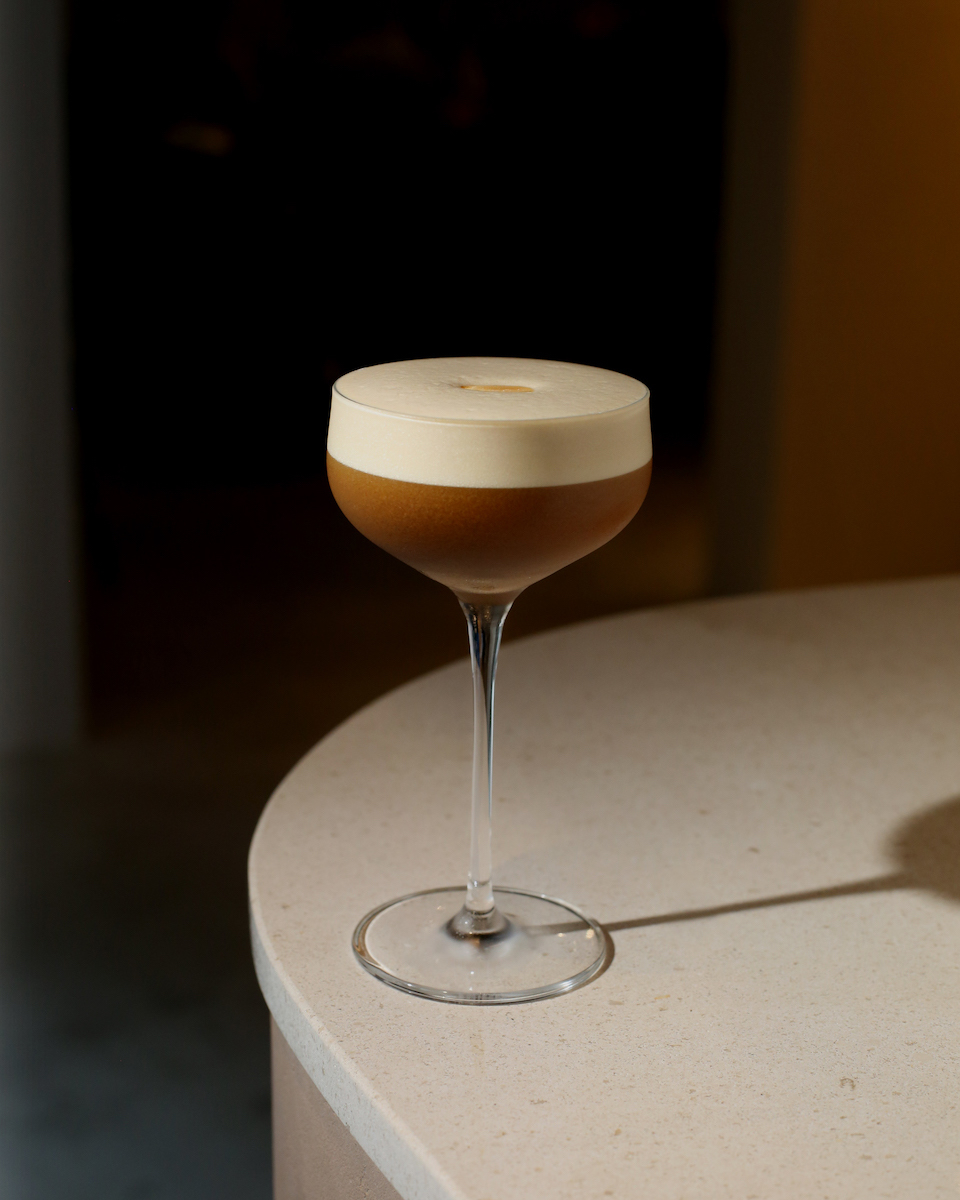 So easily can the espresso martini go from carefully crafted to a mockable dessert cocktail sipped only in the name of irony—it all comes down to the coffee, which can give the drink its fluctuating taste and reputation, depending on where you order it. Hybrid coffee bar Doubleshot by Cupping Room leverages its expertise on coffee origin and roast to concoct a range of coffee-inspired cocktails.

One of the signature cocktails at Doubleshot by Cupping Room, designed by Chanel Adams (formerly of New York speakeasy PDT) is the spent martini ($118). The drink is made of single-origin espresso, almond croissant, vodka, and Doubleshot’s house coffee liqueur. What’s special too is that re-purposed coffee grounds are used for alcohol infusion, whereas sweetener from any unsold croissants gives the drink its finishing touch, hence its name of “spent martini.” Other coffee-infused cocktails include the Aeropress Negroni ($128) and Coco Chanel ($98), an Uji-matcha, coffee, and rum cocktail.

Where to get the best Bloody Marys in Hong Ko... 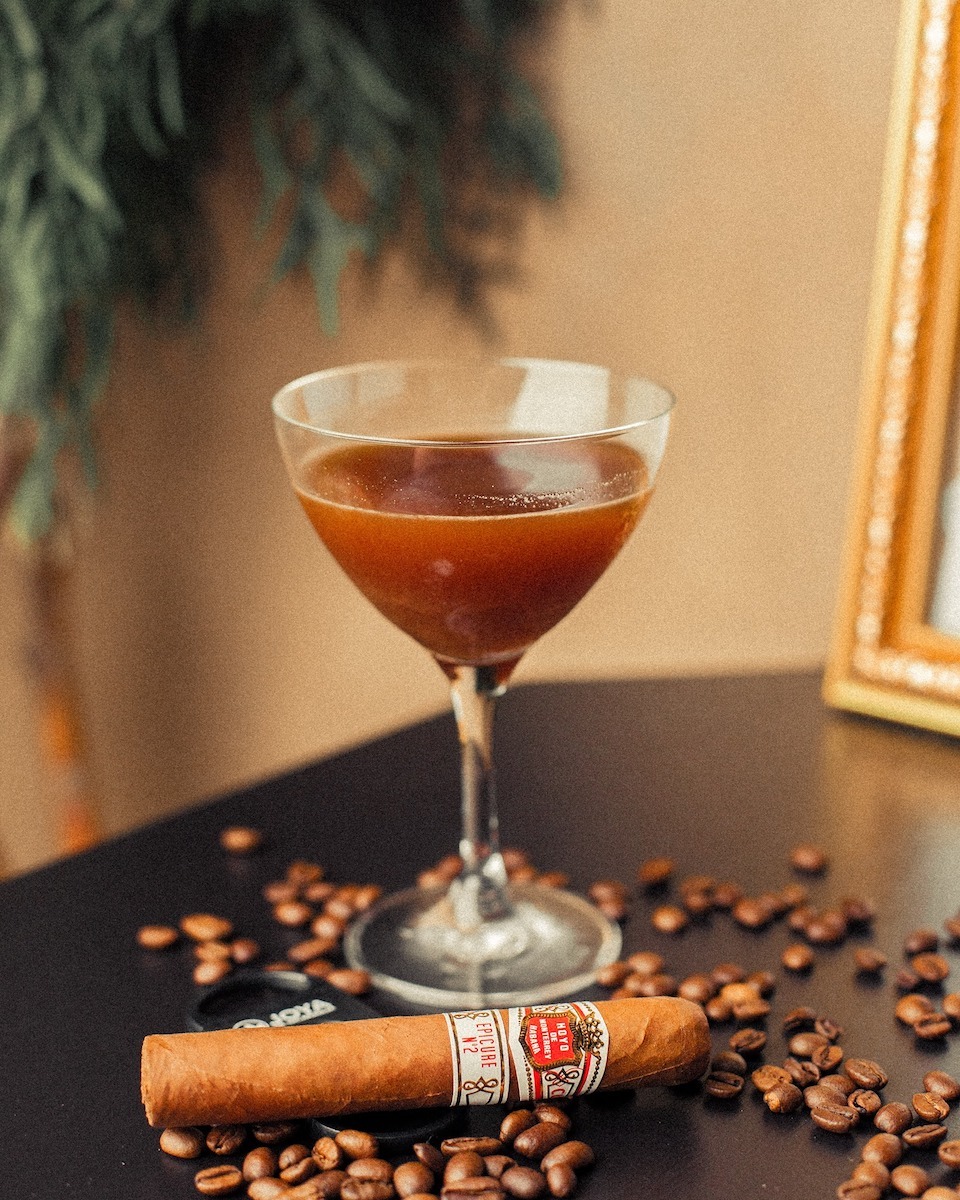 Head into The Daily Tot and taste the finest selection of Caribbean rum Hong Kong has to offer. There’s something to be said about the espresso martini being the graduated, adult version of a vodka Red Bull. Vodka, as they say, is the spirit for people who “want to drink, but hate the taste.” To that, we pass no judgement, but we can also appreciate a stronger tasting cocktail amongst the espresso martinis of the world.

Enter The Daily Tot’s caffeinated buttered rum ($130). A twist on the standard espresso martini recipe, rum replaces vodka, and a butter-washed technique is used to bring out the flavours of the drink and create its silky texture. This special drink is also made with sous-vide coffee beans, coffee rum from Dead Man Fingers, Pedro Ximénez sherry, hazelnut oil, and walnut bitters. 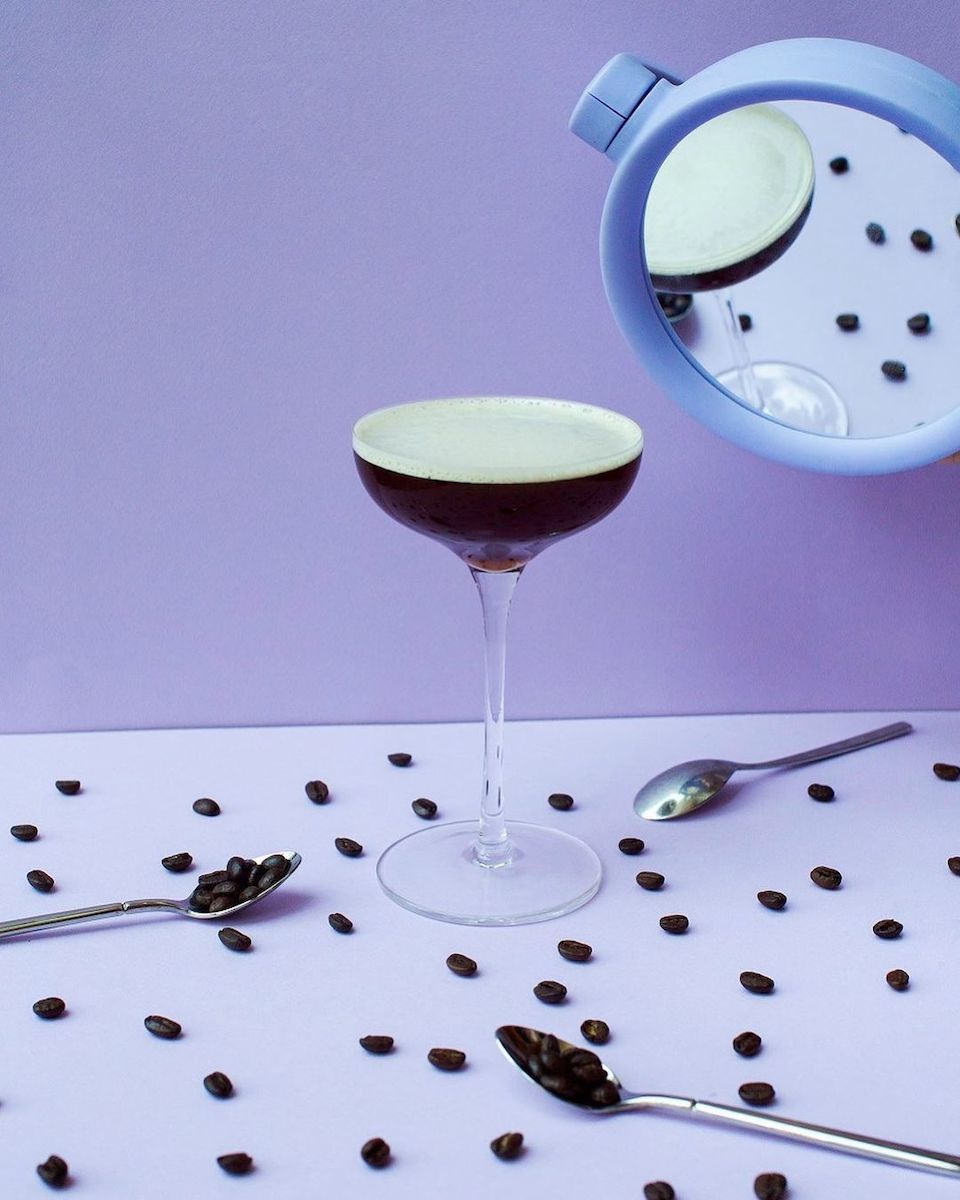 Terrible Baby’s espresso martini ($85) trades espresso for cold brew and Espressocello, a coffee liqueur, but no fear, aficionados have an affinity for both. It’s the ideal drink to sip on if you’re looking to extend the evening and enjoy the views and music this Jordan lounge bar has to offer. This espresso martini is also made with hazelnut liqueur and Ketel One vodka. 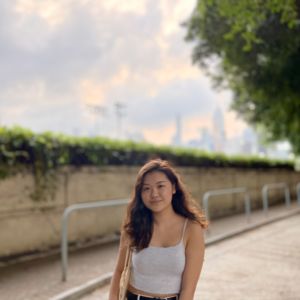