A scary October awaits you on Netflix! This month, the streaming giant has new exciting titles and returning favourites to add to your watchlist. As usual, there will be new content to look forward to, in addition to various movie or series adaptations of popular works. Below, we list the most anticipated releases coming to Netflix Hong Kong this October.

This month’s must-watch K-drama from Netflix is Glitch which stars Jeon Yeo-bin and Nana. The story centres on Ji-hyo, who can see aliens, and Bora, who has been pursuing them. When Ji-hyo’s boyfriend disappears without a trace, she and Bora join forces to look for him only to encounter an “unidentified” mystery. Available 7 October.

Get ready for a month of spookiness and horror, starting off with The Midnight Club. Based on the 1994 novel of the same name by Christopher Pike, the series is set at a hospice for terminally ill young adults. Eight patients come together every midnight to tell each other stories and make a pact that the next of them to die will give the group a sign from the afterlife. Available 7 October.

Conversations With a Killer: The Jeffrey Dahmer Tapes

The Conversations with a Killer anthology continues, this time focusing on Jeffrey Dahmer. The third in a series, the three-part documentary features never-before-heard audio interviews between Dahmer and his defence team. It delves into his warped psyche while answering open questions of police accountability through a modern-day lens. Available 7 October.

This 2020 supernatural horror film finally comes to Netflix this month! Both a horror reimagining and a prequel to the 1977 television series of the same name, it revolves around a group of people visiting an unknown island. There, they discover that their dream fantasies are brought to life. Soon enough, those turn into horrific living nightmares and each of them must try to survive. Available 9 October.

From the creator of American Horror Story comes a new series based on a true story. The Watcher follows Dean and Nora Brannock, who have just purchased their dream home in the suburb of Westfield, New Jersey. However, they soon realise that their neighbourhood is less than welcoming and their lives turn into a full-blown living hell. Ominous letters from a figure calling itself “The Watcher” start arriving and terrorises the family to their breaking point. Available 13 October.

9 spooky shows to watch on Netflix this Hallo...

The School for Good and Evil

For something less scary, tune in to The School for Good and Evil, an adaptation of the best-selling series by Soman Chainani. It follows best friends Sophie and Agatha, who find themselves on the opposing sides of a modern fairy tale. The two attend an enchanted school where young heroes and villains are trained to protect the balance of good and evil. Available 19 October.

Looking for a lighthearted watch during the spooky season? Put 20th Century Girl on your list. This coming-of-age romantic comedy will hit a lot of us with nostalgia. In 2019, Bo-ra receives a videotape that brings back memories of 1999 when she was just 17 years old.

During those days, she played Cupid to her best friend Yeon-doo, who goes overseas to receive heart surgery. In place of her friend, Bo-ra must learn everything about Yeon-doo’s crush Hyun-jin and decides the best way to do so is through his best friend Woon-ho. But things don’t go as planned and Bo-ra is surprised to find her own heart beating faster. Available 21 October.

Acclaimed director Guillermo del Toro curates a collection of genre-defying stories meant to challenge our traditional notions of horror in Cabinet of Mysteries. The stories range from macabre to magical, gothic to grotesque, or just downright creepy. Expect eight sinister tales, including two original stories by del Toro, brought to life by a team of writers and directors personally chosen by the director. Available 25 October.

Led by a crew of Academy Award winners and nominees, this gripping thriller is based on true events. It tells the story of Amy, a nurse who becomes suspicious that her colleague is responsible for a series of unexplained patient deaths. She risks her life to uncover the truth. Available 26 October. 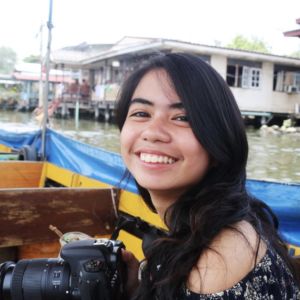 Jianne is introverted by nature but adventurous by heart. This Hong Kong-born-and-raised Filipino, who also spent time in Japan, prides herself on being a fangirl. On days when she’s not writing or travelling, you can find her visiting art exhibitions, looking for the best new places to eat in town, or simply trying to learn another language.