The Facts of FATCA – An Insider Guide to US Tax Compliance

By priyanka_boghani 5 September 2013
share:
There’s been a lot of talk of late about FATCA, a US tax regime soon to be implemented worldwide and in Hong Kong. The news has set alarm bells ringing for many US citizens/Green Card holders residing or banking in Hong Kong - but few really understand what the changes will mean for them. In our Insider Guide to the Facts of FATCA, we attempt to simplify the issues and get you prepared for the changes. 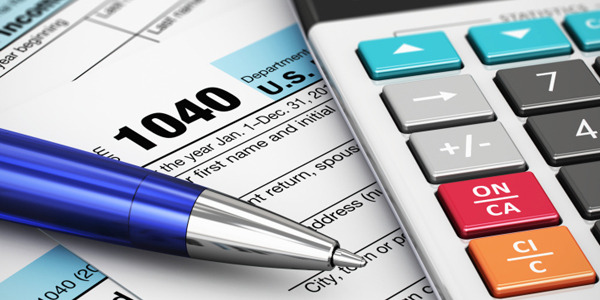 What is FATCA? FATCA, or the Foreign Account Tax Compliance Act, is designed to tackle perceived offshore tax abuse by US persons outside the US. It will require American citizens/Green Card holders to report any financial accounts held outside of the US to the Internal Revenue Service (IRS). But with FATCA, all foreign financial institutions (any non-US entity) with American clients will also have to provide information on their worldwide income and proceeds to the US Government, either directly or via their own Government.     Will FATCA affect us? On the 12th of July 2013, Hong Kong LegCo agreed to evaluate an intergovernmental agreement (IGA) for implementing FATCA. On request of the US, Hong Kong is getting ready to establish a framework that will see financial institutions report certain information about American account holders to the HK Inland Revenue dept. Hong Kong was originally on track to introduce the tax reform on January 1st 2014, but the US Treasury has decided to delay the start by six months. Although FATCA doesn’t become effective till July 1st 2014, many in Hong Kong have already started preparing. The six-month delay has given those businesses and individuals that weren’t ready for FATCA the time to plan and execute their compliance programmes. “A lot of people think it’s pretty outrageous because this is the US saying that foreign financial institutions have to prove that they don’t have US customer-base. The burden is being put on the rest of the world not the US,” said Deborah Annells, managing director of Azure Tax Ltd. “Two years ago, we thought we didn’t need to bother about this, but now companies are spending a lot of money to become compliant with the act.” “Those affected the most will be US people living outside Hong Kong but who still bank and have securities here,” Deborah continued. “It’s not residents so much as the millions of account holders in other parts of the world who’ve banked here because Hong Kong is seen as, and often behaves like, a tax haven. Why do you think Hong Kong has such a great economy? So many people from other parts of the world still bank here!”     Why implement it? FATCA will enable the IRS to engage in computerised matching of foreign account data against their database of taxing and filing. In doing so, the tax initiative hopes to eliminate bank secrecy of Americans worldwide and increase tax transparency. In September 2012, the US released a list of 250 countries they wish to sign under FATCA. A recent Thompson-Reuters report states that they have so far finalised IGAs for FATCA compliance with Singapore, Germany, Spain, Norway, Switzerland, Ireland, Mexico, Denmark and the UK. The US Treasury said it is negotiating similar deals with more than 80 other jurisdictions, including the British Virgin Islands and Hong Kong.     What types of payments are subject to FATCA? According to Deloitte’s report on FATCA, there are many types of “withholdable payments” . These include payments of interest, dividends, rents, royalties, salaries, annuities, licensing fees and other fixed or determinable annual income, gains and profits with sources within the US. Any proceeds from the sale of US property and any interest paid by foreign branches of US banks will also be subject to the act.     How do you comply? Failure to comply with FATCA could result in the levying of 30% withholding tax on both income (initially) and principal (later in 2017) that can be traced to a US source. Key due diligence for any foreign financial institutions who make or receive affected payments includes registering on the recently launched IRS website in order to obtain a Global Information Intermediary Number (GIIN) that will be used when payments are made. Businesses and individuals are urged to register by April 25th of next year to avoid FATCA penalties. While Deborah says she understands the US’s position, she is wary of how FATCA will be implemented in Hong Kong. “Hong Kong doesn’t have the infrastructure to make all the declarations that is required under this new arrangement. Also, how is China going to react to this?” she asked. “One thing is for sure, it’s definitely going to become much harder for people to dodge their taxes here.”     Still Confused?

If that’s all still as clear as mud to you, join Deborah Annells and Lydia Tang for a ‘US Tax Issues for Expats’ seminar at the Lippo Centre, Admiralty, on September 10th 6.45pm- 8pm These two experienced tax advisors will attempt to further unravel the complexities of FATCA for expats and those with financial connections to the US. To reserve a place, call 2123 9370 or email via the Azure Tax Localiiz profile page.