Hidden Youth: The Hunt for Answers about Hong Kong’s Drink and Drugs Epidemic

By crystal_wilde 11 April 2014
share:
They handed out less water, had fewer pukers and sent no-one to hospital at this year’s Rugby Sevens, but according to Localiiz partner charity KELY Support Group, youth binge drinking is still a hugely underestimated problem in Hong Kong. We debriefed with the ‘big sisters of the Sevens’ after the tournament to discuss the how the Save Our Sevens movement has evolved and what more can be done to protect young people from drink and drugs in Hong Kong. 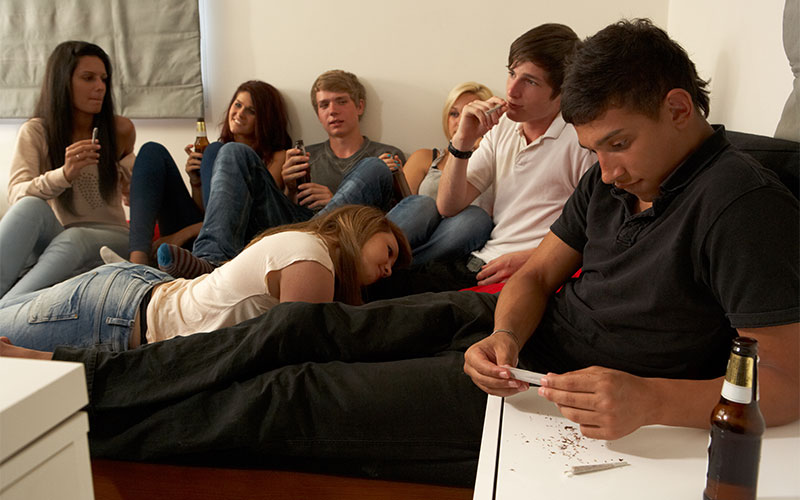 KELY’s Save Our Sevens campaign was first started in 2012 after the long-standing non-government funded charity was approached by the Hong Kong Rugby Football Union. The aim was to create a pop-up offshoot to KELY’s year-round reach out programmes to specifically target the inebriated teenagers and early-20-somethings who had previously been left to fend for themselves in the stadium. But as we found when we shadowed them last year, KELY’s Sevens campaign is not geared towards policing underage drinking. They simply provide a safe place for young spectators to recuperate when they need some respite from the madness, create fun distractions and take fresh water to their subjects the stands. 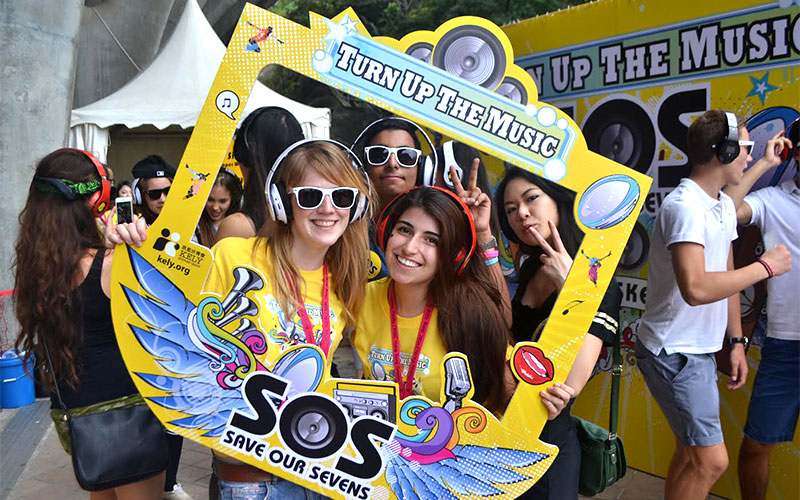 Last year’s Sevens saw 50 seriously squiffy young people nursed back to a state of semi-soberness in the KELY tent, six taken to hospital, and around 720 litres of water handed out by an 80-strong army of volunteers. This year KELY dealt with only 29 cases of notable intoxication, six of which were referred to the onsite St John’s Ambulance crew, and no-one was sent to the Emergency Room. They also gave out around 200 fewer litres of water. So does this mean that young people are taking better care of themselves when it comes to drink and drugs? Judging by the steady stream of adolescents we saw passing out or puking up during our short stint with KELY on the Sunday of the Sevens, the lesser fallout was probably more to do with the cooler weather than any intention among fans to take it easy. 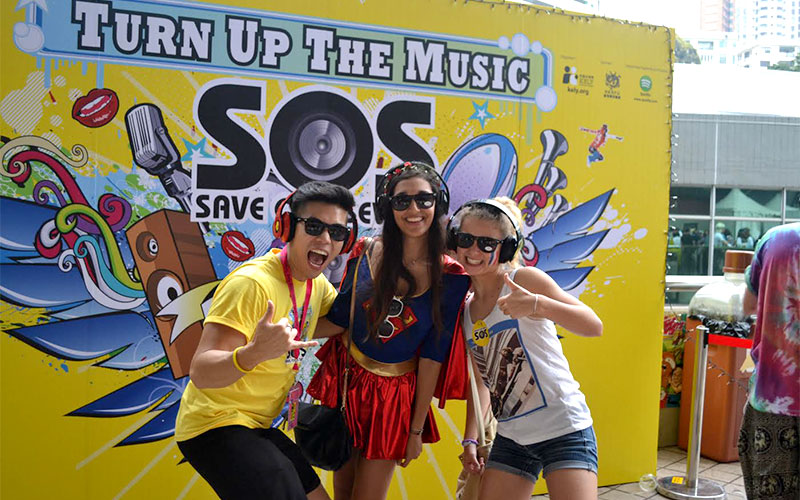 That said, however, this year’s Save Our Sevens campaign was certainly more targeted and youth-friendly than ever before, as KELY teamed up with Spotify to introduce a silent disco as the spearhead of a music-centred crusade. After asking for suggestions from their target group of 14-24-year-olds, KELY also ran two pre-tournament competitions; one which saw the winner of a Seven’s Soundtrack have their set played in the stadium by DJ Simon; and the other which saw a 17-year-old girl who gained the most likes for her YouTube upload perform a cover at the East Concourse Band Stage on Saturday. “The marriage of Spotify and us is perfect because youth and music go hand in hand,” said KELY executive director Chung Tang. “The campaign was the most successful yet and gained us 1,000 new Likes on Facebook in just two weeks, and as the youth basically came up with the ideas themselves, maybe the answer is just to start talking to them more.” 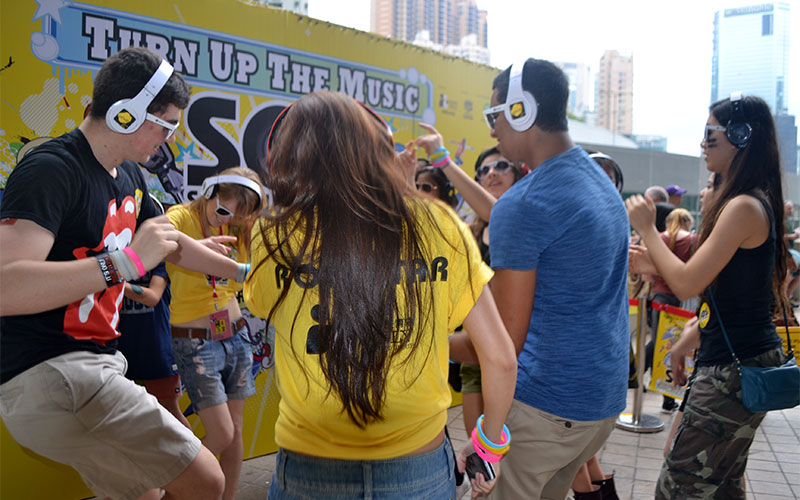 But along with better communication between the two entities, Chung and his team also believe both attitude and legislation changes are needed to combat youth drinking in Hong Kong. Along with the well-known and completely true ‘urban myth’ that you can technically buy alcohol from Hong Kong shops at any age, KELY claims that even local parents are not overly concerned about their children drinking. “Alcohol is not considered to be a drug, especially for those over 18, and binge drinking is not really seen as a serious issue for the government,” said KELY’s communication & development coordinator, Victoria Wong. She also complained that government statistics on drinking are hard to come by, but that the few there are paint a worrying picture. According to a survey by the Hong Kong Council of Social Services this time last year for example, 99% of respondents had their first drink before the age of 18, with 41% of these saying it happened at their home or a friend’s house. This drinking at home phenomenon is what KELY refers to as “hidden youth”. 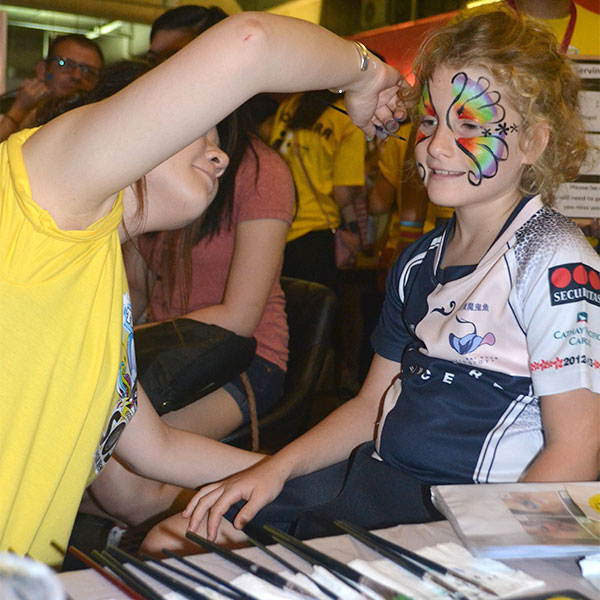 The same apparently goes for illegal intoxicants, with 81% of drug users under the age of 21 getting high inside a family home. It’s therefore no surprise that it takes authorities an average of 4.6 years to recognise abusers. “I think more than anything we need to find out the reality,” claims Chung. “There’s not a lot of research to go on, and as a lot of these things are happening at home it’s hard to know the extent of the real problem.”

With little sign of movement in the government or the local mind frame, it’s unlikely that the issue of youth binge drinking and drug taking in Hong Kong will be solved anytime soon. And although we don’t have all the answers, we’re just glad that at least someone is looking for them.