Escape the City: An Insider Guide to Island Hopping in Hong Kong

By Localiiz 17 April 2014
share:
UPDATE: Check out our brand new, weekly Island Series, where we explore Lamma, Cheung Chau, Peng Chau, and Lantau. Some of Hong Kong’s best kept secrets are found in its outlying islands. They offer tourists and residents alike an opportunity to escape from the heat, smog and stresses of fast-paced city life to little pods of paradise packed with picturesque beaches, temples, mountain treks, spectacular coastline views and, most importantly, fewer people! With a series of long weekends now in front of us, it’s time to plan some staycations and excursions with the help of our Insider Guide to Hong Kong Island Hopping, brought to you in collaboration with Kwiksure. 1. Lantau 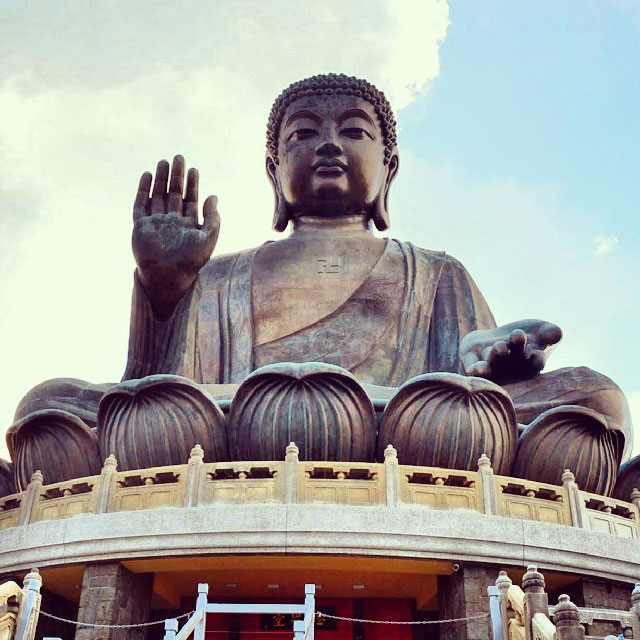 The largest of the outlying islands, Lantau is 147 square-kilometres in size and has a population of approximately 45,000 people. Originally a quiet and undeveloped island noted mostly for its fishing industry, Lantau has undergone several major infrastructural developments in recent years, most notably the Hong Kong International Airport and Disneyland. As it boasts numerous major tourist attractions, such as Lantau Peak, several temples and the famous Big Buddha, the most frequented haunts are far from quiet. Don’t forget however than Lantau is also home to a marine park, beaches and first-class trekking routes. Ferry services to and from Lantau are available from Central Pier 6, while a number of inter-island ferry services (as well as an MTR train) also operate from Lantau Island. If you want to do the full touristy package, get the glass-bottomed cable car from Tung Chung to the ‘culturally-themed’ Ngong Ping Village, or if the queue is too big, take the bus up from the same location and get the cable car back down. 2. Cheung Chau 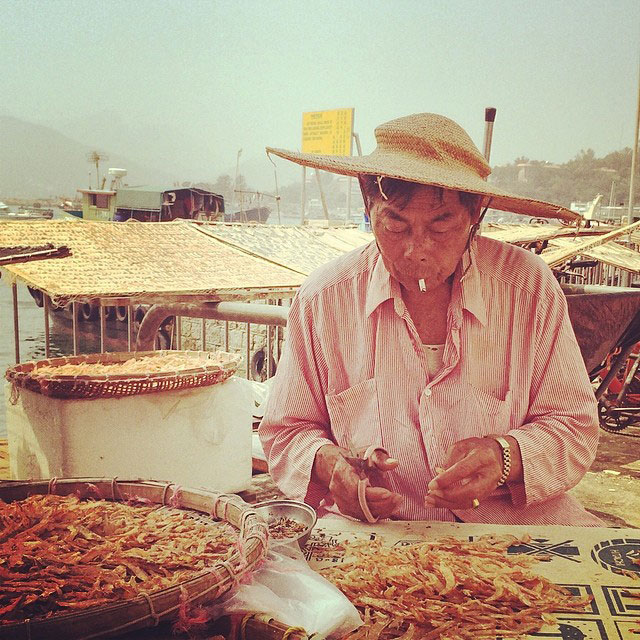 Meaning ‘long island,’ Cheung Chau - also nicknamed ‘Dumbbell Island because of its unusual shape - is located roughly 10km southwest of Hong Kong Island. It has a population of roughly 23,000 people and is famous for its awe-inspiring Buddhist temples, among the most popular of which are Pak Tai and Kwan Kung Chung Yi Ting. Many rent bicycles on arrival and simply explore by riding around. Other attractions include the pristine Tung Wan and Kwun Yam Wan beaches, popular with swimmers, kayakers, windsurfers and even the occasional kite boarder. Tung Wan is also very close to 3,000-year-old rock carvings, located to the east, just below the Warwick Hotel. There are a number of different tour operators that organise day or weekend trips to Cheung Chau, while those wishing to travel independently can take the ferry from Central Pier 5. 3. Peng Chau 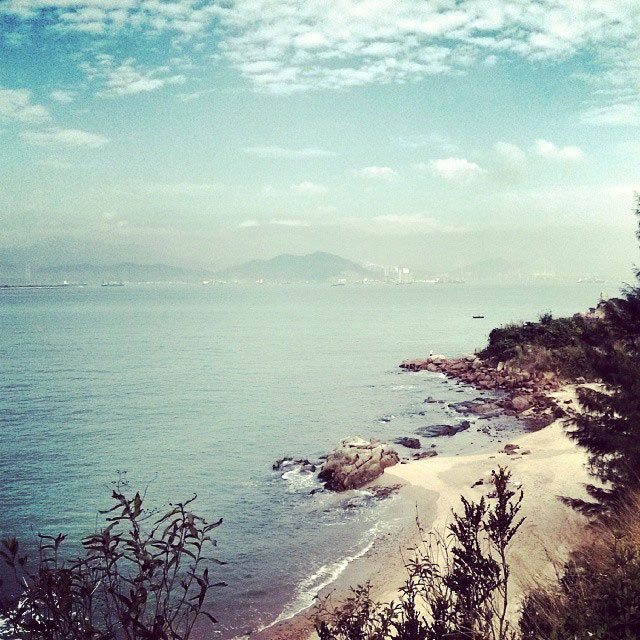 Dwarfed by the nearby Lantau Island at just 1.1 square-kilometre in size, Peng Chau is the smallest inhabited island in the territory. It was originally one of Hong Kong’s main industrial bases, however the last of those factories closed down in the 1970s. Peng Chau’s main attractions include Finger Hill, which as the highest point on the island at 95 metres offers great trekking opportunities and panoramic views of the coastline and nearby islands; several fishing locations such as Fisherman’s Rock; seafood restaurants; and a number of temples. Peng Chau is accessible by ferry from Central Pier 6, Lantau or Kowloon. 4. Lamma 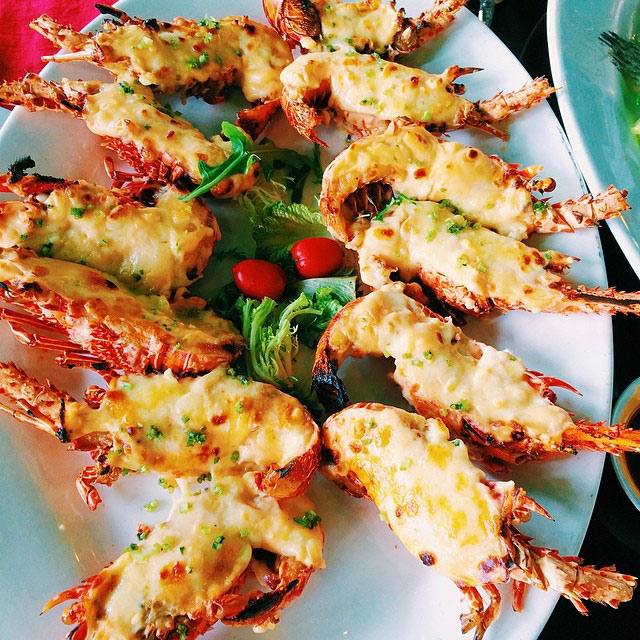 Despite being the territory’s third-largest island behind Hong Kong Island and Lantau, Lamma is sparsely populated with only around 6,000 residents. With its tight-knit community vibe and bustling waterfront, Lamma is reminiscent of a European fishing village, and is extremely popular with those looking for a peaceful weekend break within a stone’s throw of the city. Take the picturesque walk between the villages of Sok Kwu Wan and Yung Shue Wan or just sit back and pig out on the delicious seafood available in the island’s many restaurants. There are also barbeque facilities at Hung Shing Ye Beach, but prepare yourself for the less-than-picturesque (unless it’s at night) backdrop of power station opposite. Boat services to Lamma Island depart from and return to Central Pier 4, as well as Blake Pier in Stanley. 5. Kwo Chau Islands 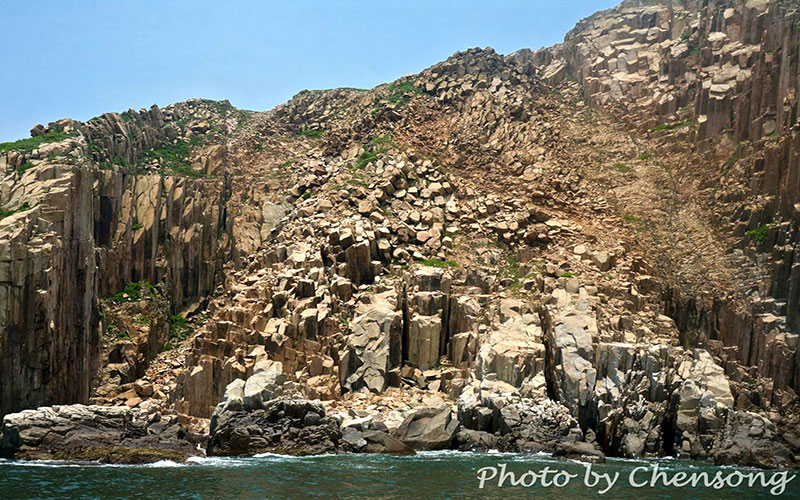 Also known as the Ninepin Island Group, Kwo Chau numbers 26 islands in total. They are mostly uninhabited, and despite having no camping or recreational facilities, they remain a popular location for day-trippers. The ferry route from the South Ninepin to the North Ninepin offers visitors a chance to glimpse the spectacular volcanic rock columns that rise majestically out of the sea. With clear waters and diverse marine life, the islands are also popular with divers. There is no public transport to and from the islands, but cruise trips can be booked via cata.hk. 6. Tap Mun 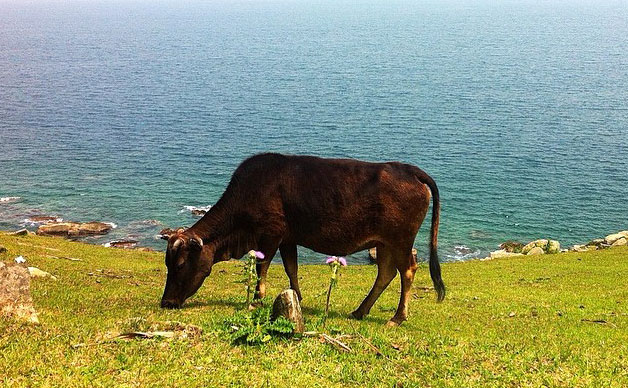 Commonly referred to as ‘Grass Island’ due to its multiple pastures green, Tap Mun, approximately 1.69 square-kilometres in size, is situated off the northeast coast of the territory. With an abundance of camping facilities, shops and restaurants, it is a popular weekend getaway for couples, families and groups of friends looking for a brief escape from the city.

The island's main attractions are Tap Mun Cave, Layered Rock and Tin Hau Temple. There are only around 100 people living on the island, although numerous cattle herds lazily graze the grasslands. Tap Mun is serviced by two regular ferries, one from Wong Shek Pier in Sai Kung and the other from Ma Liu Shui Pier in Tai Po.