Besides providing us with fantastic after-school company and distinctly local dramas that at one point peaked to the same level of popularity as today’s various Hallyu productions, the Hong Kong television scene has shown a seasoned and multi-faceted past. As times change, with streaming services supplacing television, and our interests becoming more and more digitalised, there is always some comfort in returning to a slice of the past. Next time you snuggle up to the screen for a casual binge-viewing, why not check out one of these beloved Hong Kong variety shows?

Photo: 曾幾何時的香港 Once upon a time in Hong kong. (via Facebook)

Clocking in at a total episode count of over six thousand, this show is one of the longest-running live broadcast shows in the world. A shining beacon of local Hong Kong television, it was first created in 1967 by a 21-year-old Robert Chua as a project that could bring many-sided entertainment to the masses within a nightly format.

Each night averaged out over the years at an hour of singing, dancing, short dramas, and variety games that at times involved audience participation. Enjoy Yourself Tonight had also served as a marker of a grand transition in Hong Kong’s entertainment scene, as it was the first to be broadcasted in colour.

Aside from kickstarting the careers of some world-class names—such as Stephen Chow, Chow Yun-fat, and Anita Mui—the musical aspects also immortalised a handful of songs and household names amongst Hongkongers. Lydia Fei-fei Shum (沈殿霞)—one of the most popular MCs and a part of the in-show musical group Four Golden Flowers—became a cast member who was often thought of as a symbol of the show.

Although the 27-year run of the show eventually had its final curtain call on 7 October 1994, judging by the visceral joy that comes with the melodies of the opening and closing themes that bookend each episode, it’s safe to say that the legacy of Enjoy Yourself Tonight is one we will look back at fondly.

First debuting in 1995, this bizarre game show remained on air for up to 18 years, drawing in audiences with its nonsensical challenges and equally confusing prizes. Hosted by entertainer powerhouse Eric Tsang, who took on the role of “prize master” (獎門人; jeung2 mun4 yan4), with “prize elder” (獎老; jeung2 lou5) co-hosts Jerry Lamb (林曉峰) and Chin Ka-lok (錢嘉樂), the episodes revolved around a slew of odd party games, which were thrust upon a group of rotating celebrity-guests-turned-contestants.

Although incredibly popular, the goofy and oftentimes eroticised nature of the games led the show to be generally regarded as mindless faff, yet it may be just the silly fun to occupy your mind with after a long, rough day.

What do you get when you mix the musicality behind The Voice and the harsh, dream-crushing “ZZZ” of the buzzer in America’s Got Talent? Inspired by the various rag-to-riches talent contests that were popular around the world at the time, Minutes to Fame is Hong Kong’s hysterical answer to the typical singing competitions of the era.

First airing in 2005 and lasting for three seasons, the concept revolved around a bunch of contestants who were to sing a randomly assigned song in front of a panel of celebrity judges who could buzz them off at any second. Each participant would win $100 per second of performing, and the ones who could last the longest would advance to the future round until the final face-off at the end of the season for a grand prize. Many would accompany their song numbers with dramatic enhancements that ranged from acrobatics to magic tricks.

As with typical Hong Kong humour, the signature twist and overarching sense of humour came from the show’s emphasis on the awkwardness of most of the contestants. Granted that the performers were simply regular people plucked straight from the comforts of their own living room, there was a sense of quirky relatability in their earnest yet mostly clumsy attempts at finding fame.

Delicious recipes and gorgeous ladies seem to be the two perfect components for a winning cooking show. This has proved to be true, as Beautiful Cooking was one of Hong Kong’s most popular cooking shows, yet the dishes that made an on-screen appearance left much to be desired. For every episode, three female celebrities were invited and tasked with battling each other in two culinary challenges.

Vying for the title of the session’s top chef, the first round involves the contestants’ attempts to replicate a complicated dish by following a demonstration by a professional chef, whilst the second required them to butcher and prep a live seafood item on-stage. It often resulted in potentially salmonella-inducing messes being plated up, and confuddling audience and judge reactions that bordered on slapstick. Although it had lasted for only two seasons, the fresh yet simple concept of Beautiful Cooking was enough to etch it firmly into the minds of many.

Similar to the Japanese phenomenon of including a “wipe” (ワイプ) segment in the corner of the screen to showcase celebrities reacting to the main feature, this commentary and game show mix was one that brought smiles to many. The premise revolved around two presenters, who would briefly show several famous guests a short introductory clip of a famously strange attraction found in Japan, Hong Kong, or other select locations.

Pausing right before revealing the distinct feature that had garnered the attraction its special status, the guests were to guess what it was, before a big reveal and rating process. Spanning across 10 series, the treasures introduced consisted of all things strange and wonderful. From a DIY tortoise playground in an empty park lot to a rooftop covered in mirrors, there is something that is bound to impress.

Originally intended as a one-off short, the first episode of this sketch comedy and music show premiered on 12 April 1971 as a special Easter programme. However, the charismatic Hui brothers proved to be so popular amongst audiences that piles upon piles of letters flooded into the television station, prompting the station to turn the show into a regular weekly event between 1971 to 1973.

Sparking this uproarious fanbase was the innovative and youthful style of delivery on the show, whereby the featured jokes were quippy and whip-smart, whilst the songs performed toed the line of trendy and socially conscious. The two brothers each shone in their strengths and were equally as likeable, giving the show a perfect balance of humour and bops that just kept on coming. 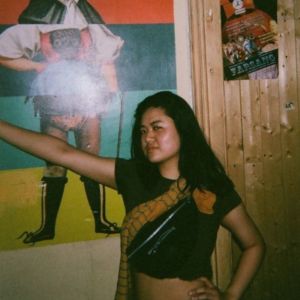