Chinese mythology has spanned thousands of years across different generations and ethnic groups. Yet throughout the constant reordering of kingdom boundaries, the two guardians of the Chinese realm of the dead have stayed more or less the same.

With countless soldiers perishing during the war-torn eras of various Chinese dynasties, the responsibility of guiding dead souls and guarding the underworld gates fell to the infamous duo of Ox-head (牛頭) and Horse-face (馬面). 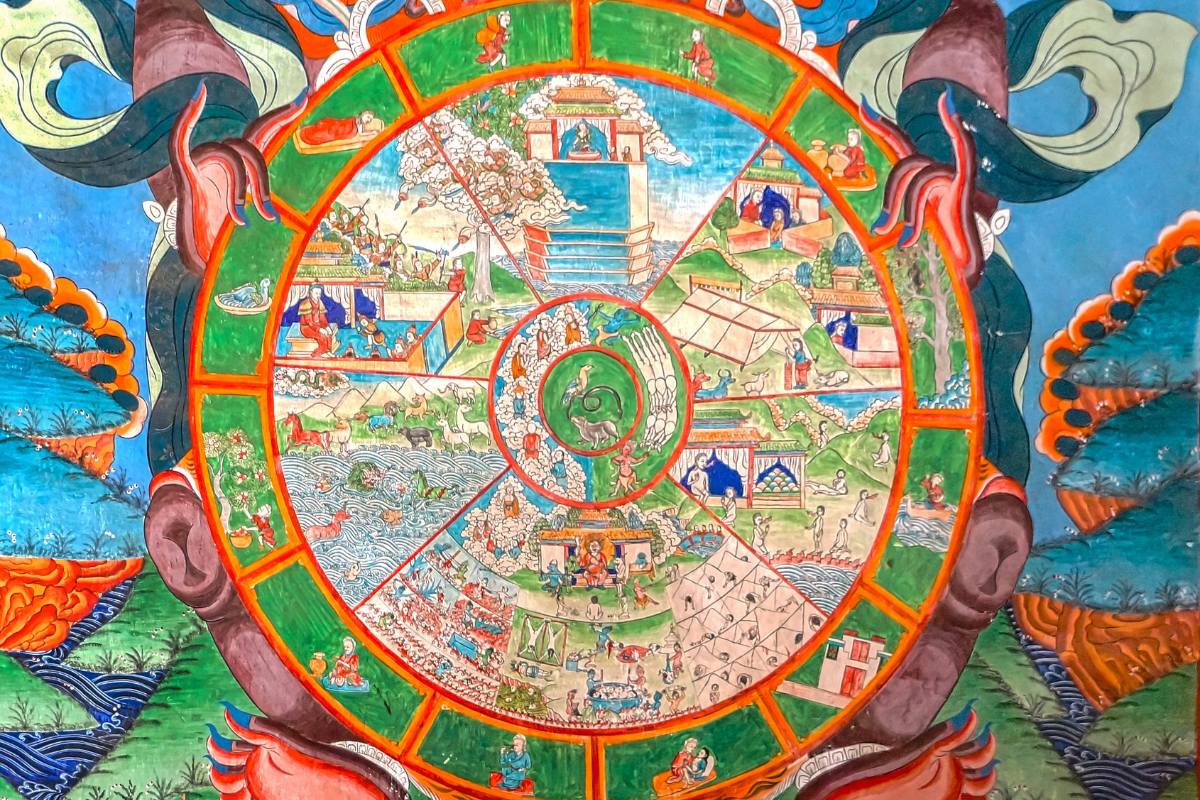 As messengers of the underworld, they serve the ruler of the underworld, Yanluo Wang (閻羅王), capturing the souls of recently deceased humans and bringing them to the courts of hell to be judged. Based on the individuals’ actions throughout their earthly existence, Yanluo Wang will decide whether one is to be rewarded or punished in the afterlife.

Like many other civilisations whose concept of hell includes gods and guardians, the Chinese underworld of Diyu (地獄) is no different. Ox-head and Horse-face guard the entrances of Diyu, with realms of torture awaiting below the gates of hell.

Although reimagined into 18 levels of hell during the Tang dynasty, the original Diyu concept of hell included 10 courts. Influenced by Buddhist religion, individuals sent to damnation underwent the punishments meted out in the 10 courts of hell before being reincarnated. Later, the 18 levels of hell expanded on this concept. Learn more about it here. 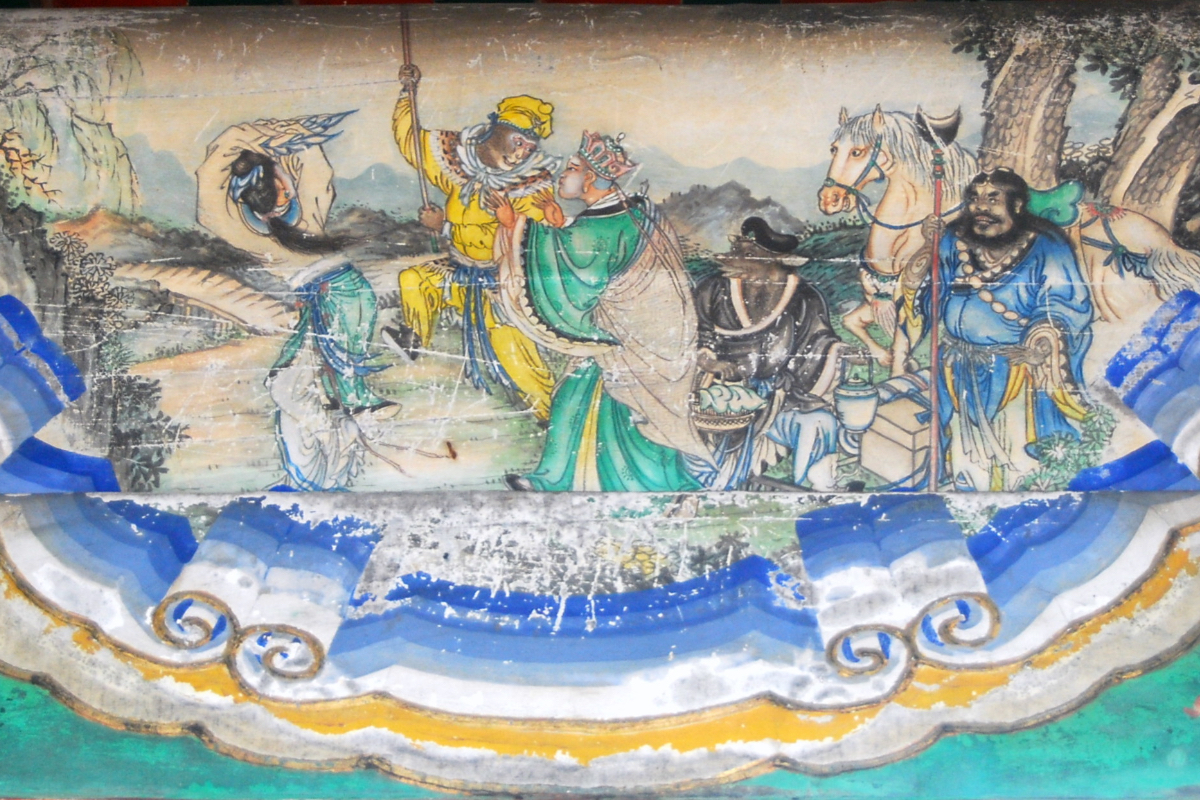 An untimely battle with Sun Wukong

Ox-head and Horse-face have made appearances in ancient texts as well, further cementing their importance to Chinese mythology. Journey to the West is a classical Chinese novel that features the two guardians facing off against the legendary Sun Wukong.

After being dragged to hell whilst asleep, Sun Wukong finds himself in a fight for his life to return back to the overworld. Fortunately for him, his god-like abilities easily overpower Ox-head and Horse-face, alongside other underworld deities who dared to oppose him.

After the one-sided battle in hell, Sun Wukong took the liberty of crossing his name off the living record of souls, granting him a second level of immortality on Earth. Furthermore, he removed the existence of all non-human primates on the record of souls as well, granting all his offspring immortality in the future.

7 oldest structures in Hong Kong you have to ... 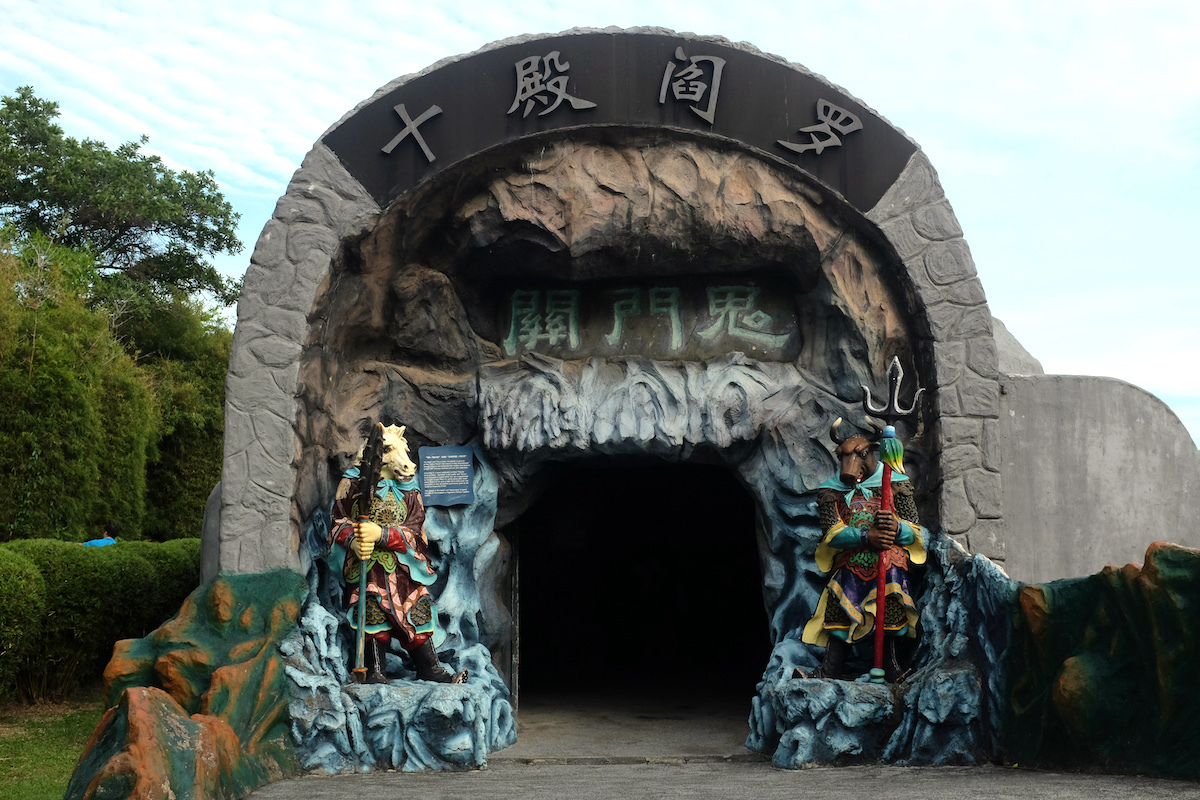 If you thought Ox-head and Horse-face are relegated to the ages, think again. In Singapore lies an eerie theme park that reimagines the 10 courts of hell. Ox-head and Horse-face “greet” visitors at the entrance of the walkthrough, decked in traditional Chinese battle armour and weaponry. Inside the cave-like exhibit, visitors watch as each level of hell progressively grows more gory and violent. For history buffs who can stomach a handful of gut-wrenching scenes, Haw Par Villa is a must-see when passing through Singapore. 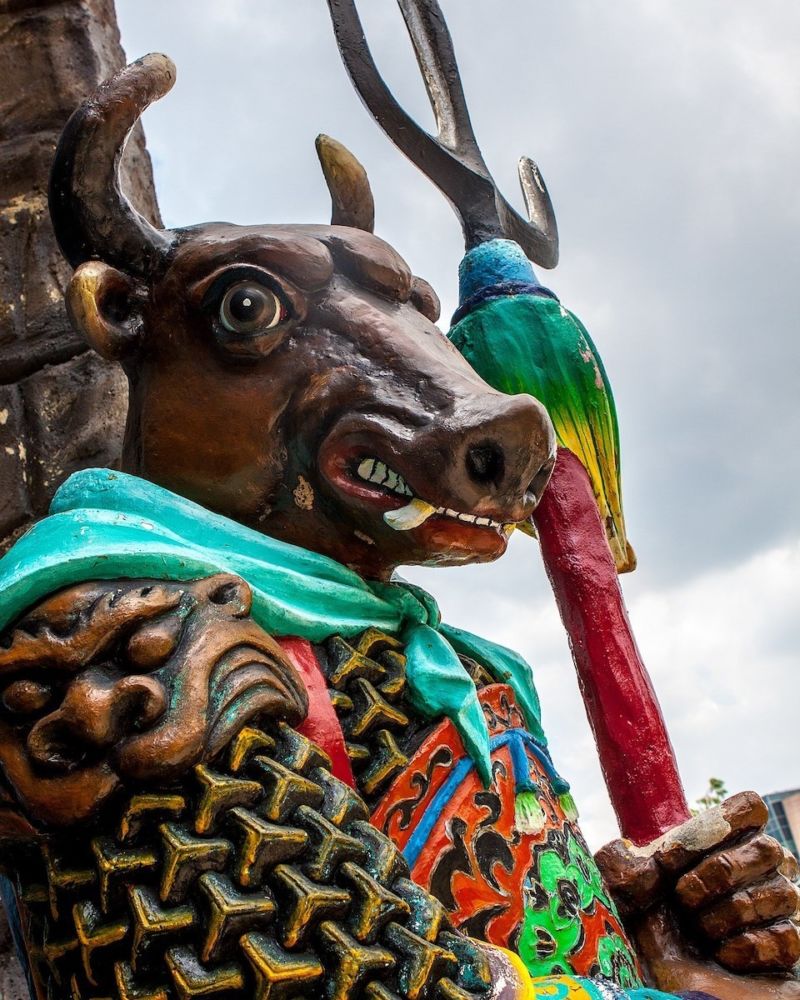 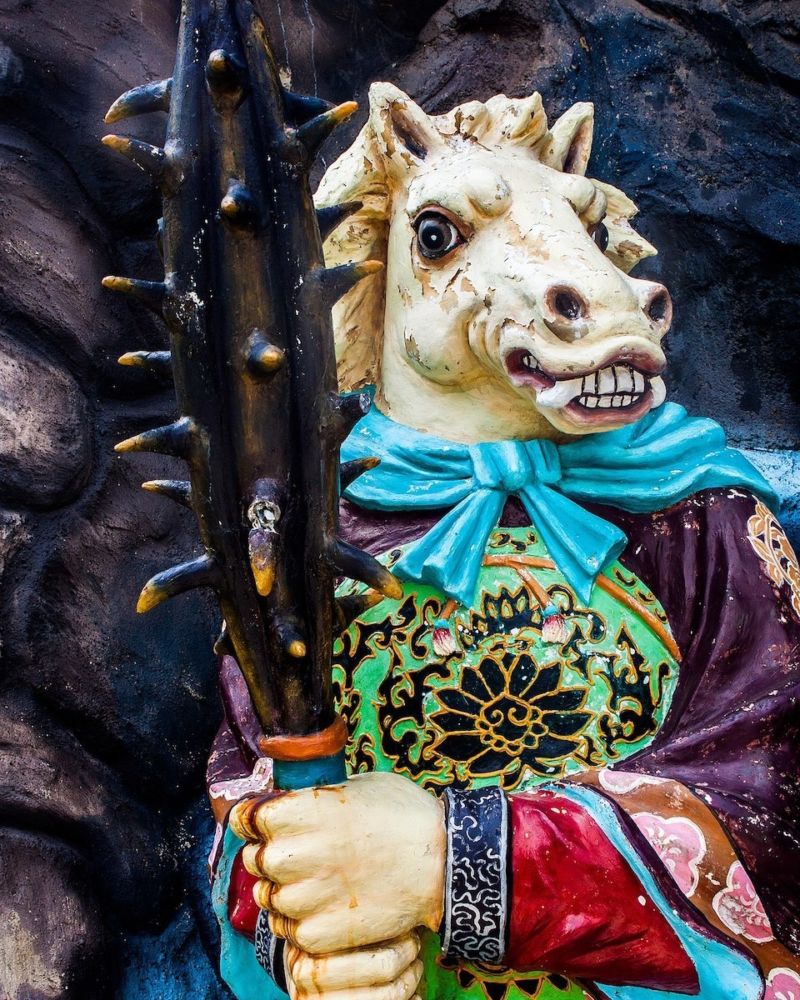 For mythology fanatics that are knowledgeable in the field of gods and spirits, the idea of guardian entities at the gates of the afterlife should come as no surprise. Many cultural stories from around the world include some kind of protector who safeguards the entrances to heaven and hell. Since civilisations has been interconnected through trade routes and messengers, similar stories of a gatekeeping duo pop up. From identical tales to kindred motifs, below are some figures comparable to Ox-head and Horse-face.

Gozu and Mezu: As the story of Ox-head and Horse-face is a homogenous tale told all around East Asia, Japanese mythology regards them as Gozu (牛頭) and Mezu (馬頭). Multiple appearances in Japanese literature have been noted, such as in the Konjaku Monogatarishū (今昔物語集) from the late Heian period and the fourteenth-century Taiheiki (太平記). Gozu and Mezu also feature in the epic Tale of the Heike (平家物語), appearing in an inauspicious dream of Japanese aristocrat Taira no Tokiko (平 時子).

Lugal-irra and Meslamta-ea: If Ox-head and Horse-face were derived from previous ancient tales, it is highly possible that the story of Lugal-irra and Meslamta-ea played a massive role in their creation. Worshipped in northern Babylonia in ancient Mesopotamian religion, these two twins guarded the doorways of the underworld, chopping up the physical bodies of those passing through the gates. However, unlike Ox-head and Horse-face, these two guardians are identical twins, from their eerie faces down to their menacing weapons.

Everybody can agree that reworking classical concepts into modern standards is extremely intriguing. One of the best things artists can do is spin an ancient tale by reenvisioning it to keep up with time. Hence, below are some modern interpretations of Ox-head and Horse-face you might have come across unannounced to you.

Mazura from Zelda II: The Adventure of Link: The Legend of Zelda has been one of the most enduring gaming franchises to come out of Japan, due to its massive cult following and influence on popular culture. Mazura, from Zelda II: The Adventure of Link, is commonly known to many fans as the first boss that players must defeat to advance through the gameplay. However, not many players realise the significance of Mazura’s character design in accordance with Japanese mythology. Mezu, the Japanese Horse-face, heavily inspired the creation of Mazura as the first boss in Zelda II: The Adventure of Link due to its lore of being the Japanese guardian of the underworld. Additionally, several Mazura artwork pieces feature the spiked mace Mezu uses in traditional Japanese stories.

Ox-head and Horse-face in Hellboy: Although not featured in Hollywood live-action fashion just yet, Ox-head and Horse-face make appearances in the Hellboy comic series as servants to the Demon King of Hell. After landing in Hong Kong in 1953, the duo assisted the titular character in defeating a powerful sorcerer who trapped souls to create an unbalanced underworld. Although their roles were short-lived compared to the main plot of the Hellboy franchise, the demonic duo introduced Western readers to a part of Chinese mythology. 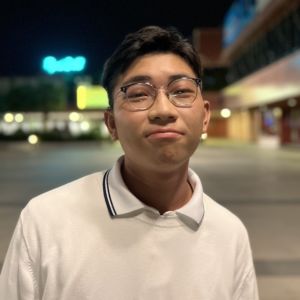