Powerful women have always been subjects of intrigue—the femme fatale, the warrior woman, the martial artist. Strong female characters in cinema have always existed in the wuxia (武俠; martial arts) films, a genre based on the epic tales of heroes and heroines of ancient China, usually possessing fearsome kung fu skills and a chip on their shoulder.

These extraordinary women were celebrated as role models in a time when male actors often took centre stage and gilded the hallways of Hong Kong’s cinematic golden age in the early 1990s. Here is a list of the most badass ladies in Hong Kong film history for a dose of fem-power. 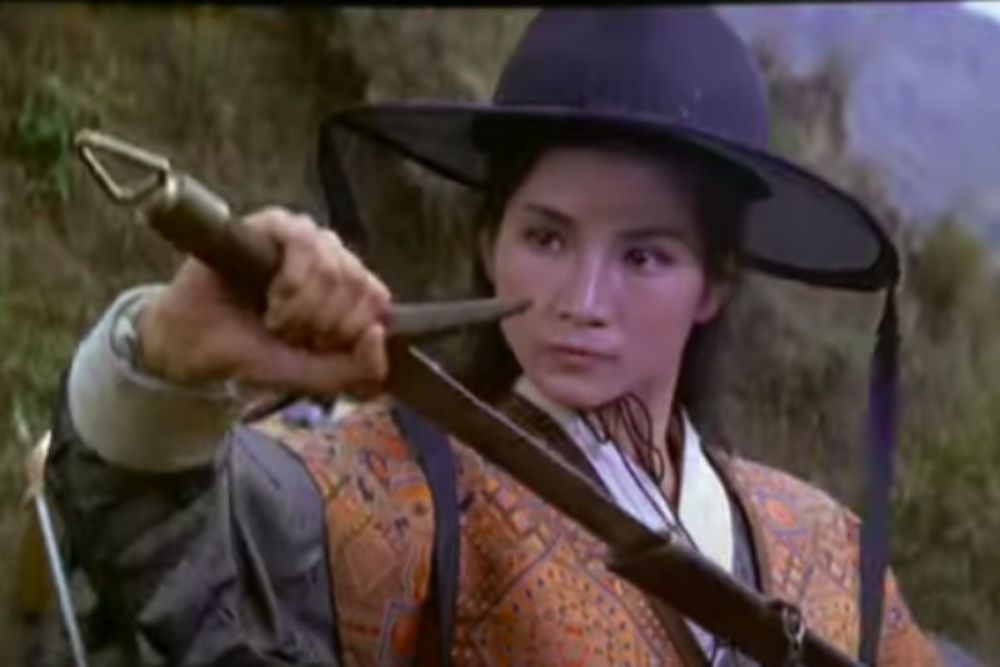 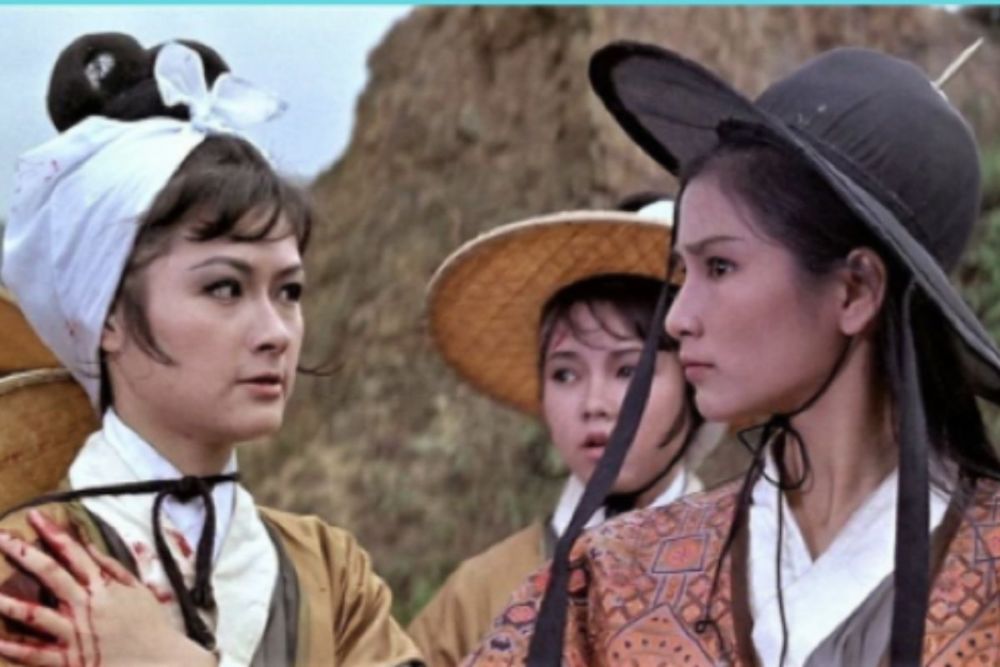 One of the most recognisable faces of her time, Cheng Pei-pei stars as Golden Swallow, a female warrior sent to rescue her brother from kidnappers. This is a classic Hong Kong wuxia film during the golden age of that genre, directed and produced by the Shaw brothers. Females are represented as strong, independent individuals in this film—including side characters—which is rare for films of that time.

Beautifully choreographed but realistic fighting scenes feature prominently, and the story is an adaptation of a Beijing opera piece called The Drunken Beggar. Widely regarded as one of the best Hong Kong films ever made, Come Drink With Me is said to have inspired later classics, such as Ang Lee’s Crouching Tiger, Hidden Dragon. 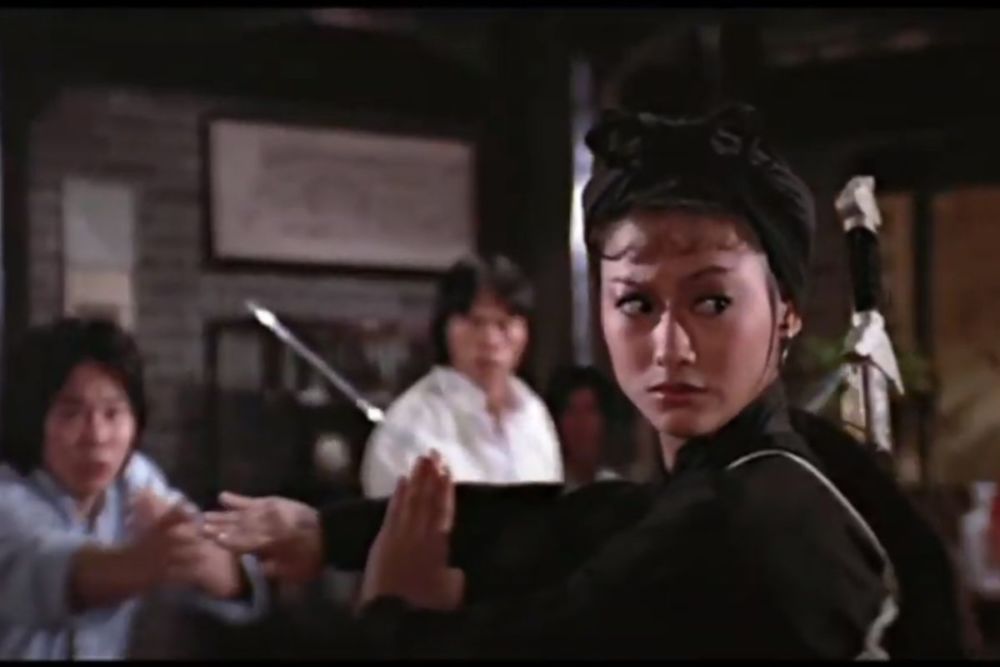 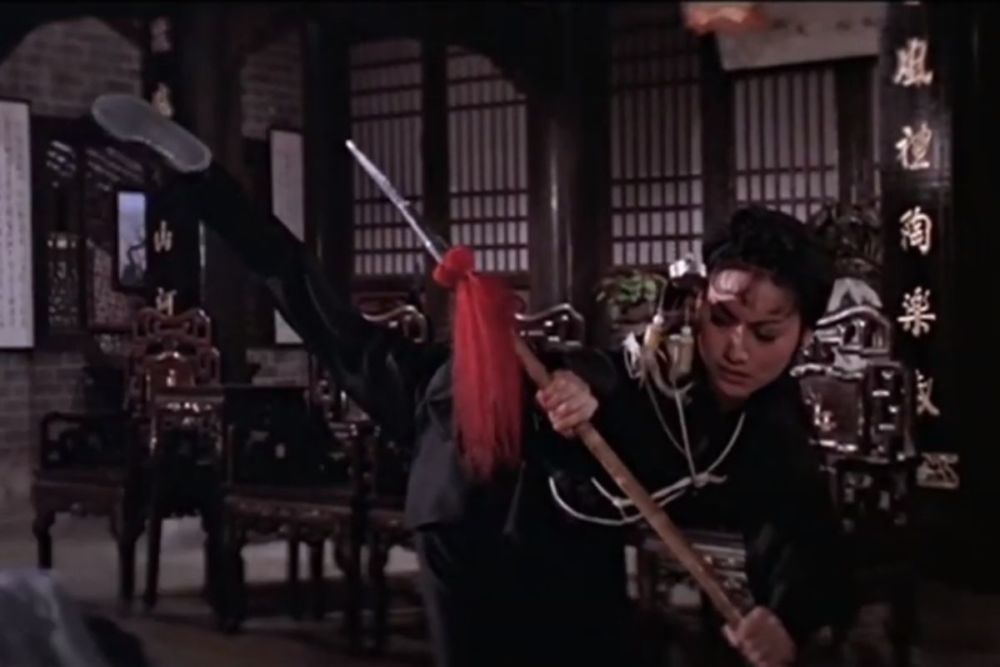 Made during the heyday of the Shaw brothers, a legendary cinematic trio that produced more than a thousand Chinese-language films and helped popularise the martial arts genre, My Young Auntie tells the tale of a beautiful and capable young woman named Cheng Tai-nun, played by Kara Wai, who literally fights for her inheritance and defends herself and her great-nephew Yu Tao against the unscrupulous Yun Wei.

There are plenty of fight scenes that show off the incredible skills of the female protagonist, usually involving single-handedly fending off a group of male assailants. My Young Auntie is also a comedy, so expect a more lighthearted take on this popular genre. This film earned Kara Wai, a prominent fixture in the Hong Kong martial arts film scene, the honour of Best Actress in the first-ever Hong Kong Film Awards. 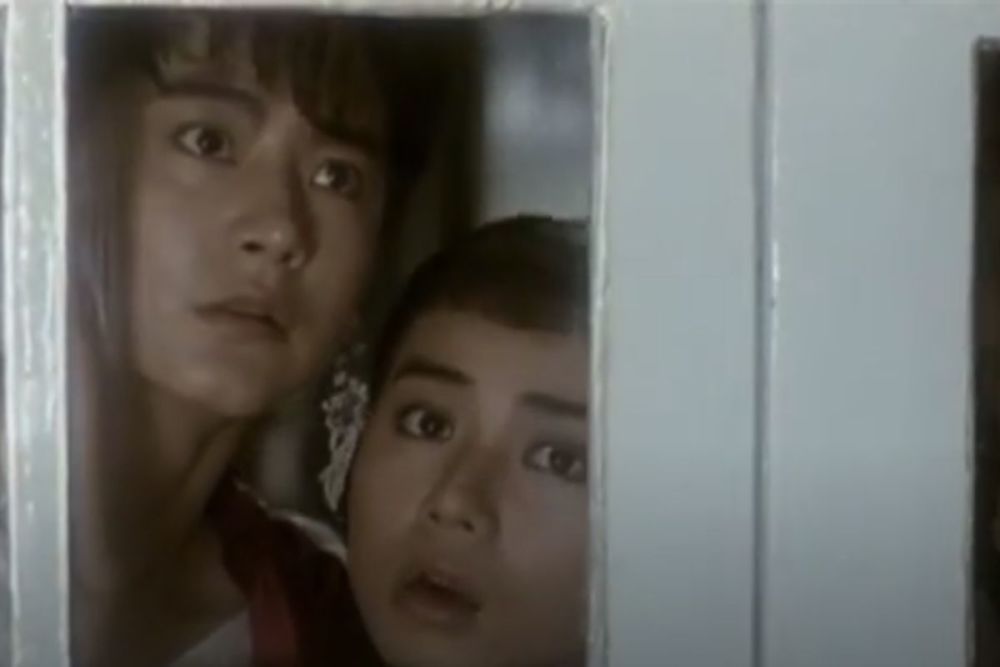 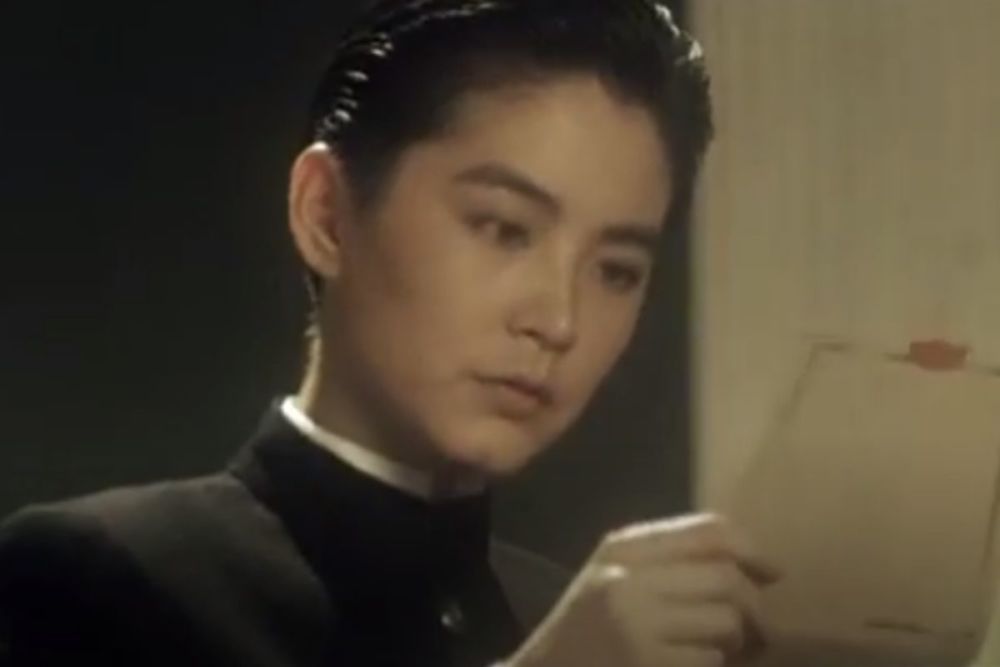 The story of Peking Opera Blues is set in 1920s China, just after the fall of the Qing dynasty, which marked the end of imperialism and the formation of the Republic of China. In these tumultuous times, three women’s lives were entangled: a rebel daughter of a general trying to seize power in the capital, an opera singer, and a performer.

Tsao Wan, the daughter of the general, is played by Brigitte Lin. She is educated overseas and often dresses like a man. A patriot at heart, she fights on the side of the revolutionaries despite her father’s plans. Peking Opera Blues is a richly layered work that touches upon themes of tradition, revolution, politics, and gender roles. 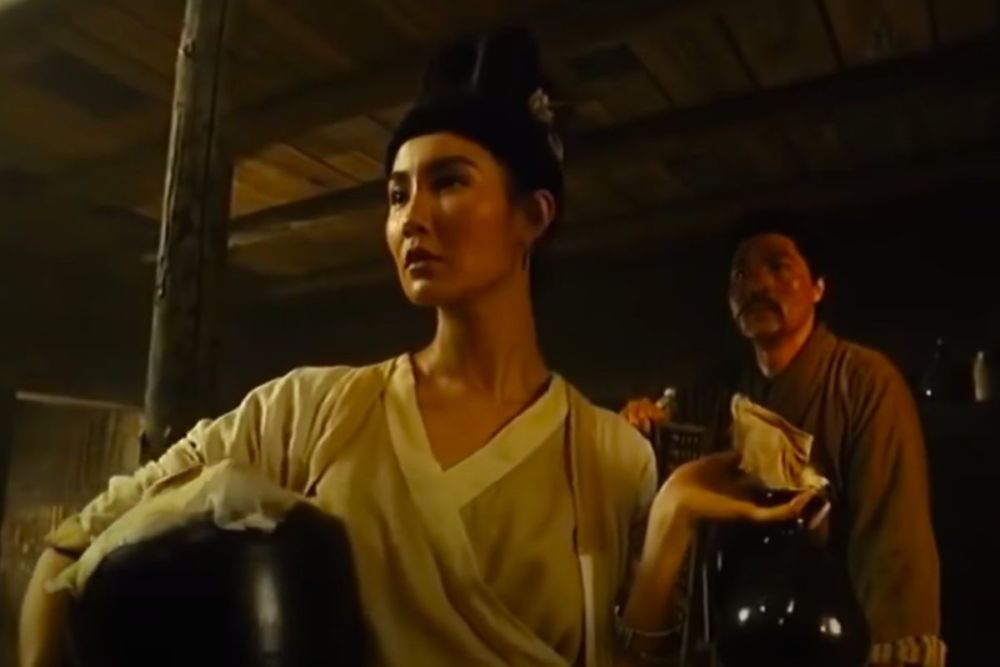 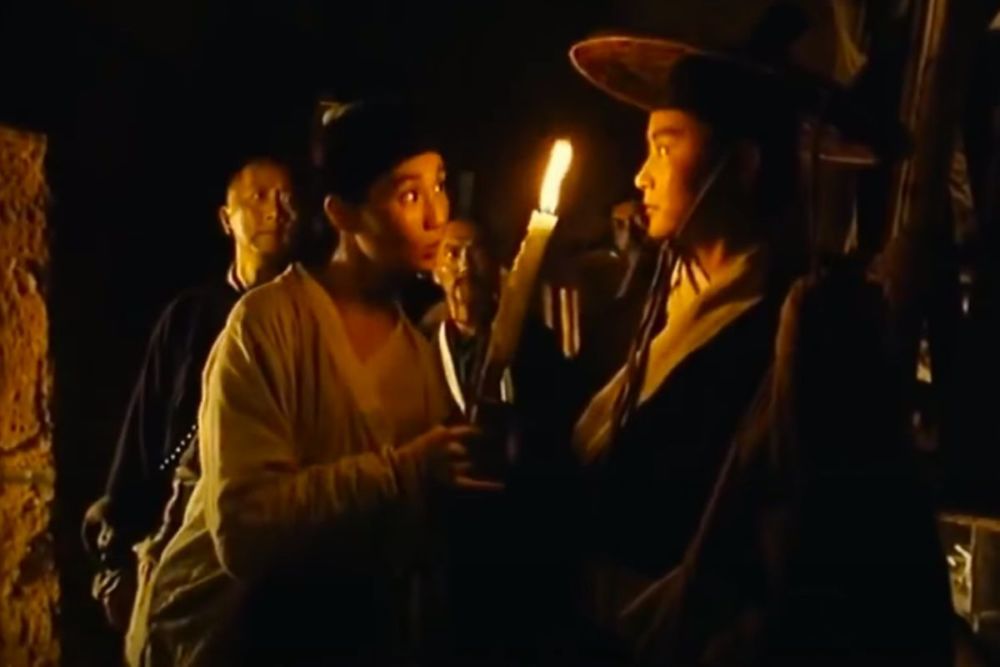 A product of the second wave of intrigue for wuxia films in the 1990s, New Dragon Gate Inn is directed by Raymond Lee and produced by Tsui Hark, starring Maggie Cheung as the femme fatale Jade (or Gam Seung Yuk, the keeper of New Dragon Gate Inn) and Brigitte Lin as Yau Mo-yan, an expert swordswoman and leader of a band of rebels.

Jade’s speciality is seducing then murdering male travellers, and then taking all of their valuables and using their bodies as meat for her other guests. Although she is not exactly a straight arrow, her strength and vivaciousness make for an enthralling performance and a career-launching role for actress Maggie Cheung. 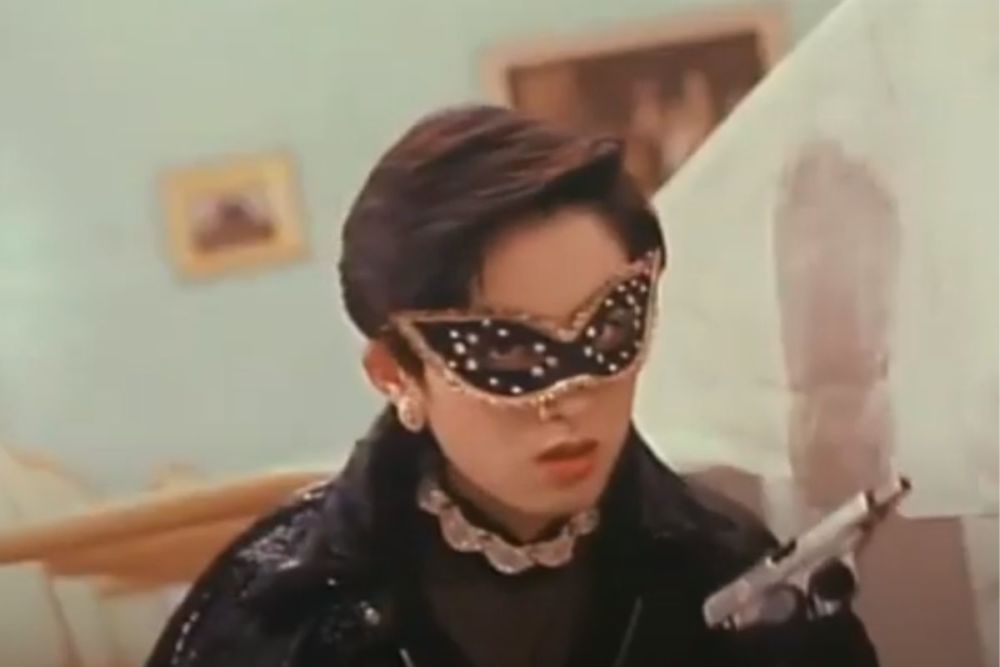 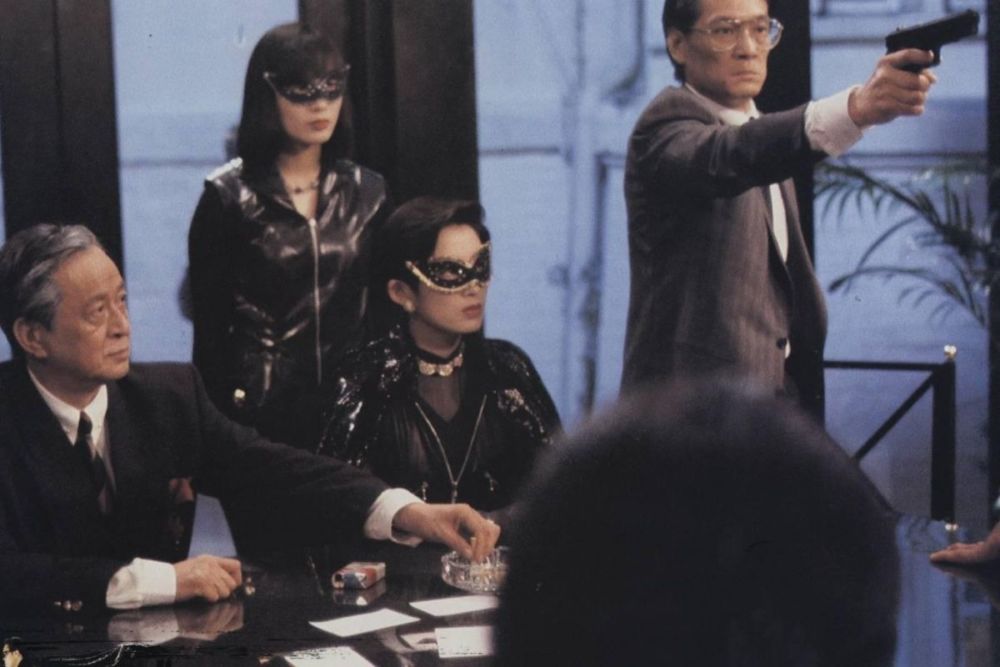 Deadly Dream Woman is a fantasy-action film starring a deadly and beautiful young woman seeking revenge for the murder of her triad boss father and her friend. In a dramatic turn of events, she loses her memory, but retains her skill in martial arts. Nightingale Wong, the protagonist, is played by Sharla Cheung, who has worked closely with Stephen Chow.

The story and style of Deadly Dream Woman are considered signature for director Wong Jing, whose work incorporates slapstick humour, sex, and violence into a crude but crowd-pleasing film that is meant for lighthearted entertainment. A modern Shakespeare, almost. 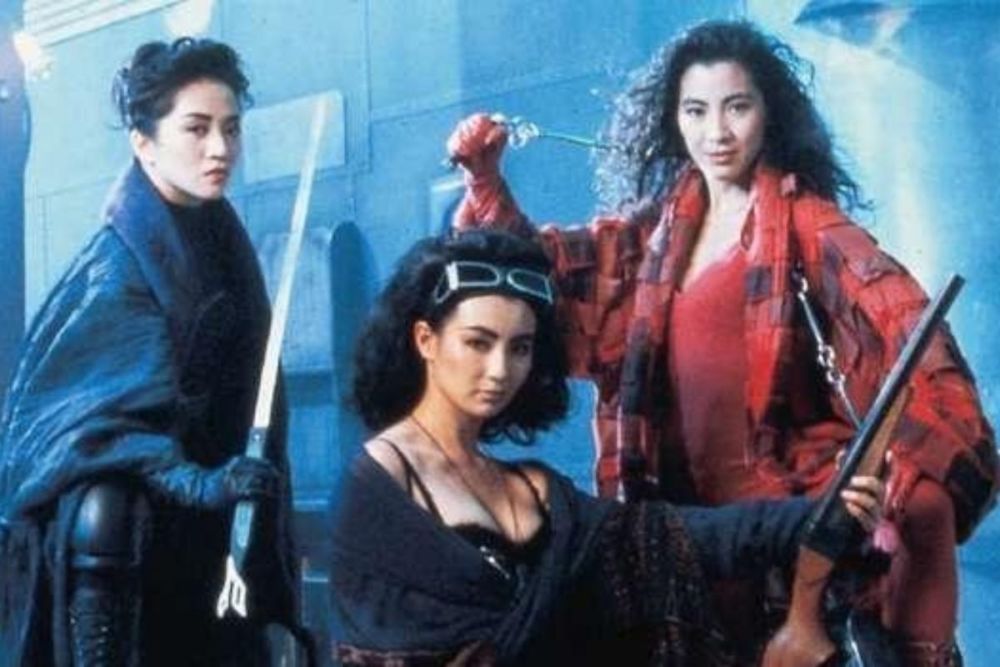 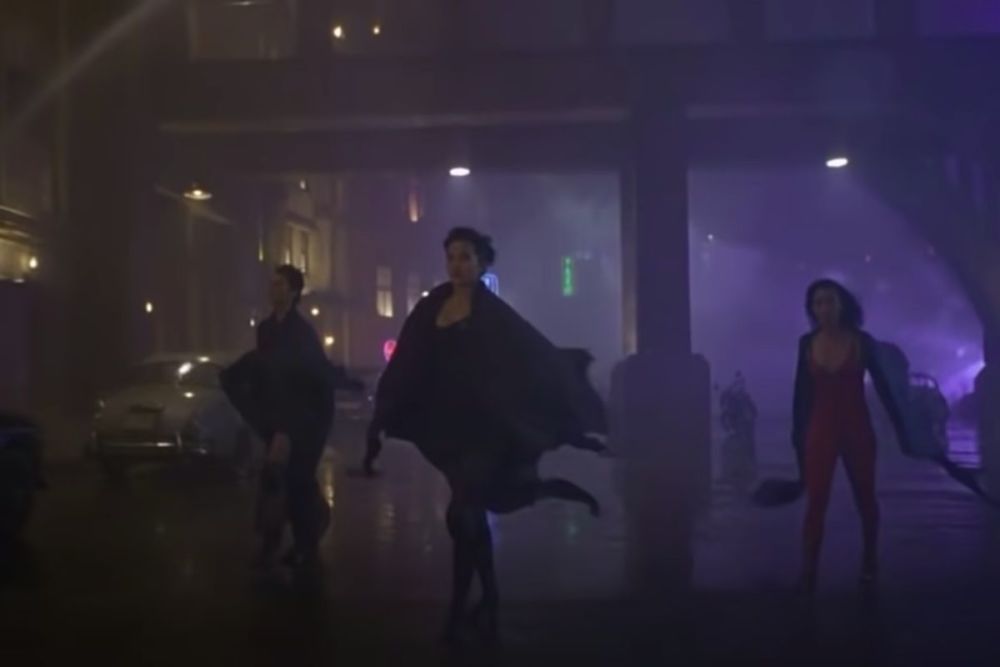 Superhero films have been all the rage lately, thanks to the rise of comic book-inspired blockbusters. The Heroic Trio is Hong Kong’s very own superheroine film, starring Michelle Yeoh as the Invisible Woman, the right-hand woman of the Evil Master; Anita Mui as Wonder Woman, a timid housewife by day but knife-wielding superhero by night; and Maggie Cheung as Thief Catcher, a bounty hunter who is skilled in hand-to-hand combat and lethal weapons.

The three women fight against each other in the beginning but are able to establish a bond of friendship as the story progresses. This is considered to be a ground-breaking piece of work in the Hong Kong film industry, due to the fact that it is a feminist action film. It was a bold choice made by director Johnnie To, whose work counts Quentin Tarantino amongst its fans. 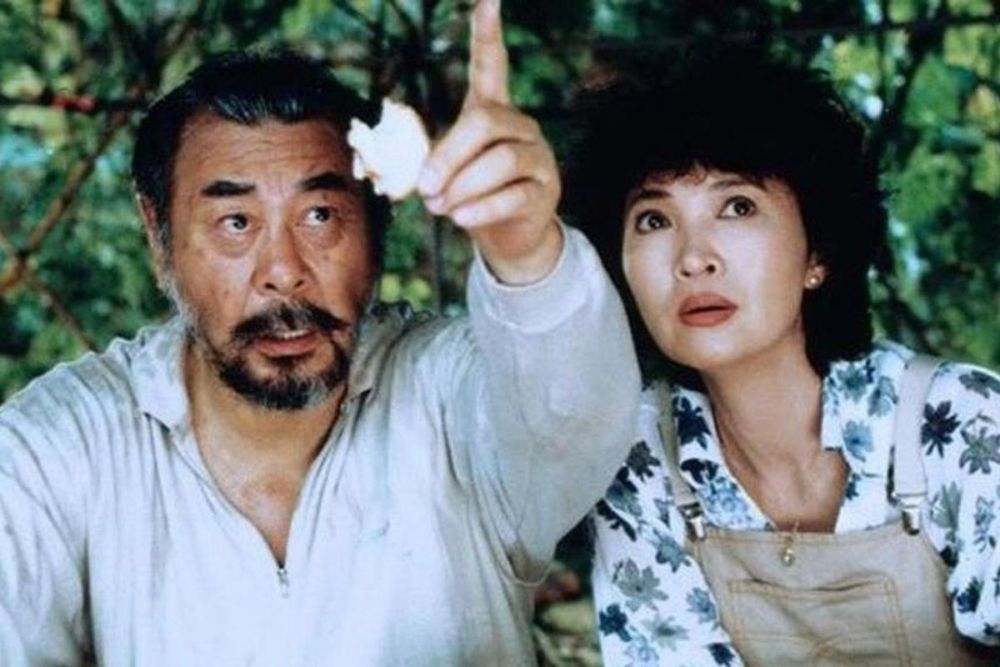 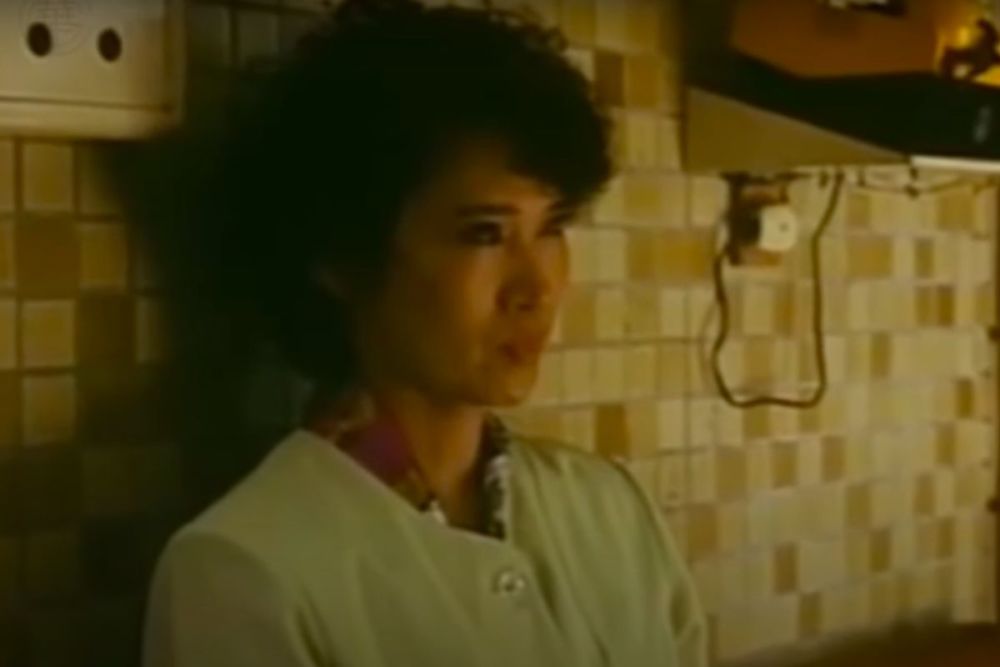 Directed by Ann Hui, one of Hong Kong’s most influential filmmakers, Summer Snow follows the female protagonist May, who is a housewife juggling the responsibilities of being a working woman, a wife, a mother, and a daughter-in-law.

While the story lacks the lustre of kung fu showdowns and the exciting clash of clans and swords, the poignancy and relatability stemming from the normalcy of the story will have you hooked. The film swept six awards, and the lead actress Josephine Siao was named Best Actress in the Berlinale for her outstanding performance. 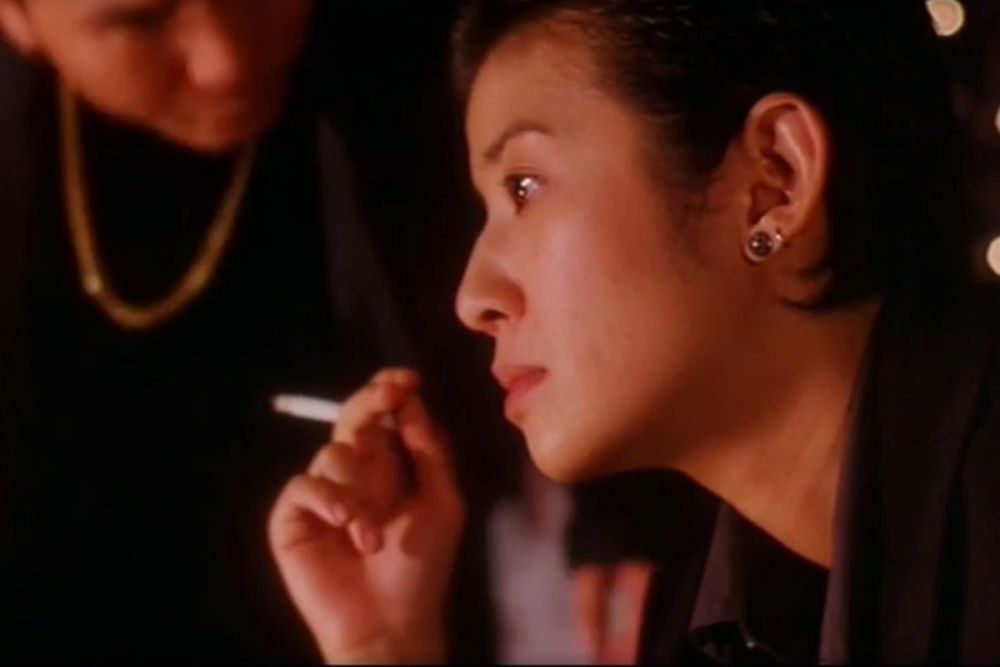 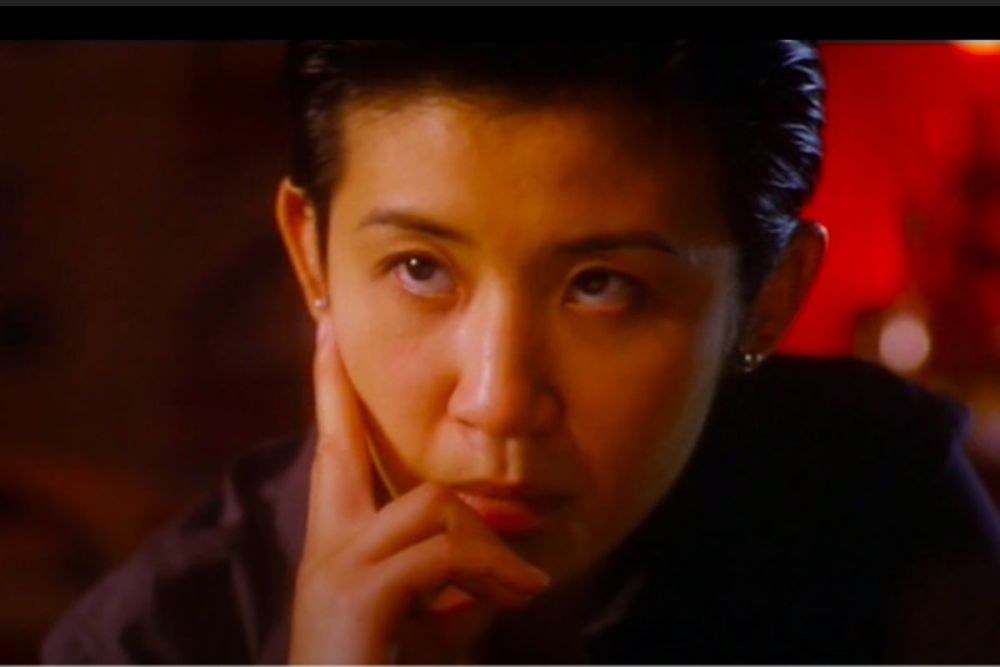 A spin-off to the Young & Dangerous series, this film follows the story of Sister 13 and her rise to power in the Hung Hin Society and the triad world. Played by Sandra Ng, Sister 13 was first motivated by vengeance, but later on by power. She gained respect and power from her male peers and ruled the red light district of Portland Street.

Betrayal, greed, lust, and power are major themes in the movie, and the audience can see the growth and loss of innocence in the character. Sister 13 is portrayed as a tomboyish figure with close-cropped hair, dressed in a suit and always chain-smoking—an unusual angle that focuses on the development of a female character and does not skimp on the backstory. Sandra Ng won Best Actress in the Hong Kong Film Awards for her performance. 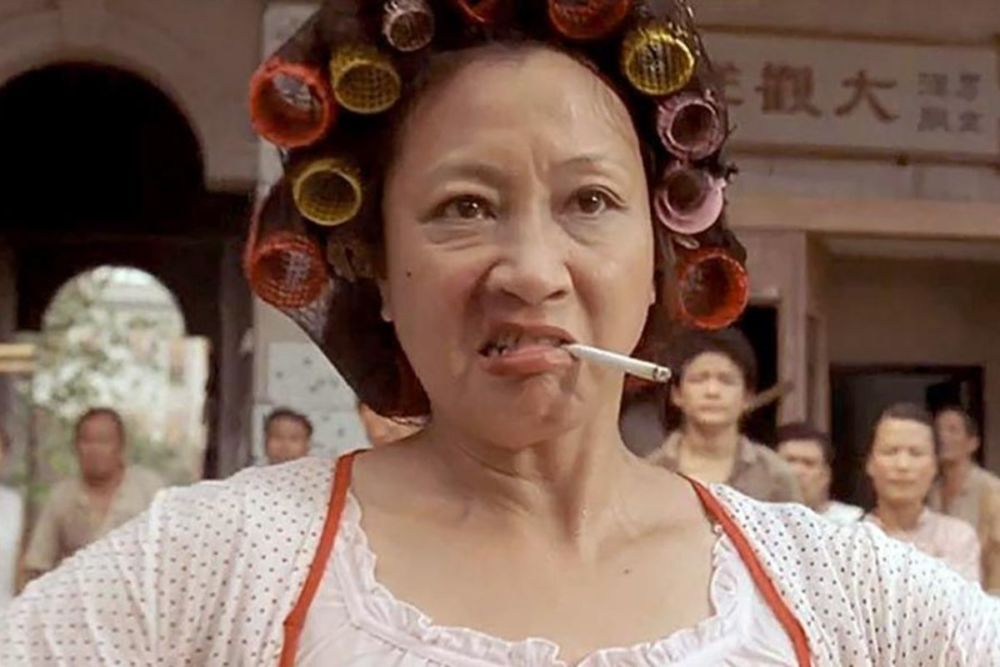 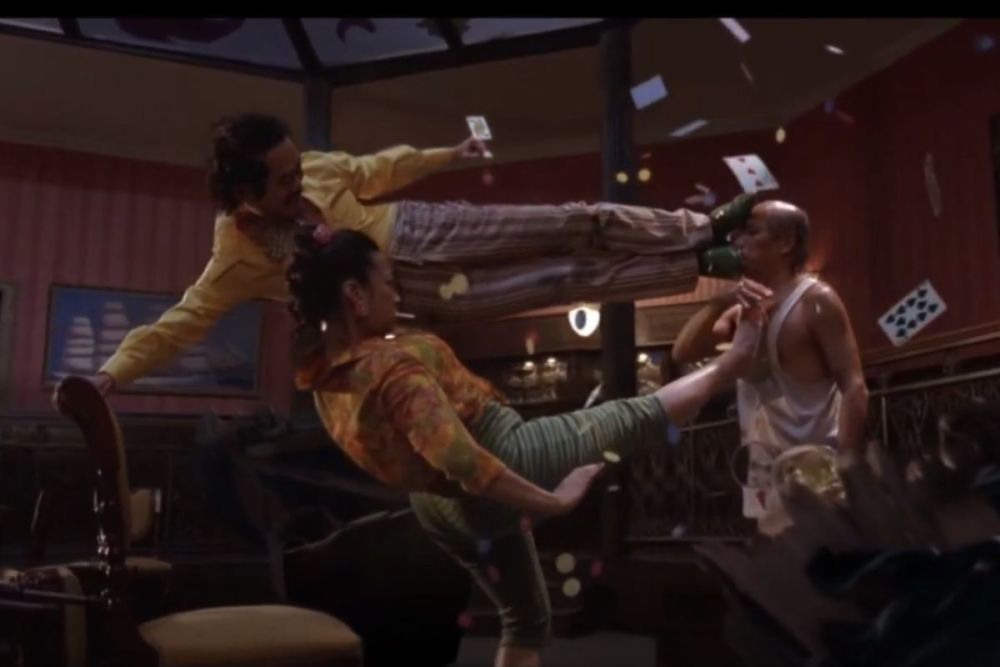 How could we have a list of badass ladies from Hong Kong films without this one? Cigarette-smoking and slipper-hurling, the Landlady in the iconic Stephen Chow comedy is probably one of the first characters that comes to mind when one thinks of a tough female character.

Her displays of the Lion’s Roar has been made into GIFs and memes, and the image of her tackling bullies in hair curlers and a nightgown is at once hilarious and impressive. The character is played by Yuen Qiu, a Hong Kong actress that was apprenticed under the same master as Jackie Chan—another iconic kung fu film star that is internationally recognised. 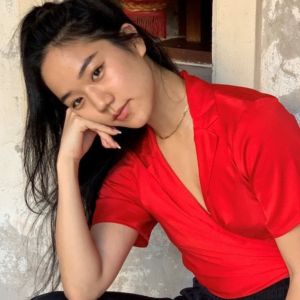