With all of us spending more time at home during the last year or so, the popularity of podcasts has gone stratospheric. Whether you’re a New Territories-dweller with a long commute or a homebody who wants something to chuckle along to while doing the chores, we can all appreciate a good podcast.

From the ever-popular true-crime shows to moving personal stories, frank discussions about mental health, and deep dives into the city’s heritage, here are our favourite Hong Kong podcasts to tune into.

For those who take their musicology—and party anecdotes—seriously, the self-named podcast from local party collective Spin Sum is a fresh and exciting listen. While this year’s restrictions on bars and gatherings made for a rather sombre time, one of the few positives was that it gave Spin Sum’s resident and director, Willer, ample time to create the podcast. Happily, it coincided with the debut of Spotify’s new podcast format, which presents the tracks played during the show as a playlist, allowing listeners to save tracks to their library and use the Spotify radio algorithm to find more tunes like them.

In the podcast, Willer interviews music and nightlife legends—DJs, artists, festival organisers, and entrepreneurs—about their love of music, the music that has inspired them, and what issues the music industry faces. The episode list reads like an all-star DJ line-up, featuring pioneering figures of the disco scene like Andrew Bull and Beth Narain, as well as impresarios like Gilbert Yeung (of Dragon-i, Tasmania Ballroom, and Cassio), legendary DJ Johnny Hiller, and festival organiser Jason Swamy. 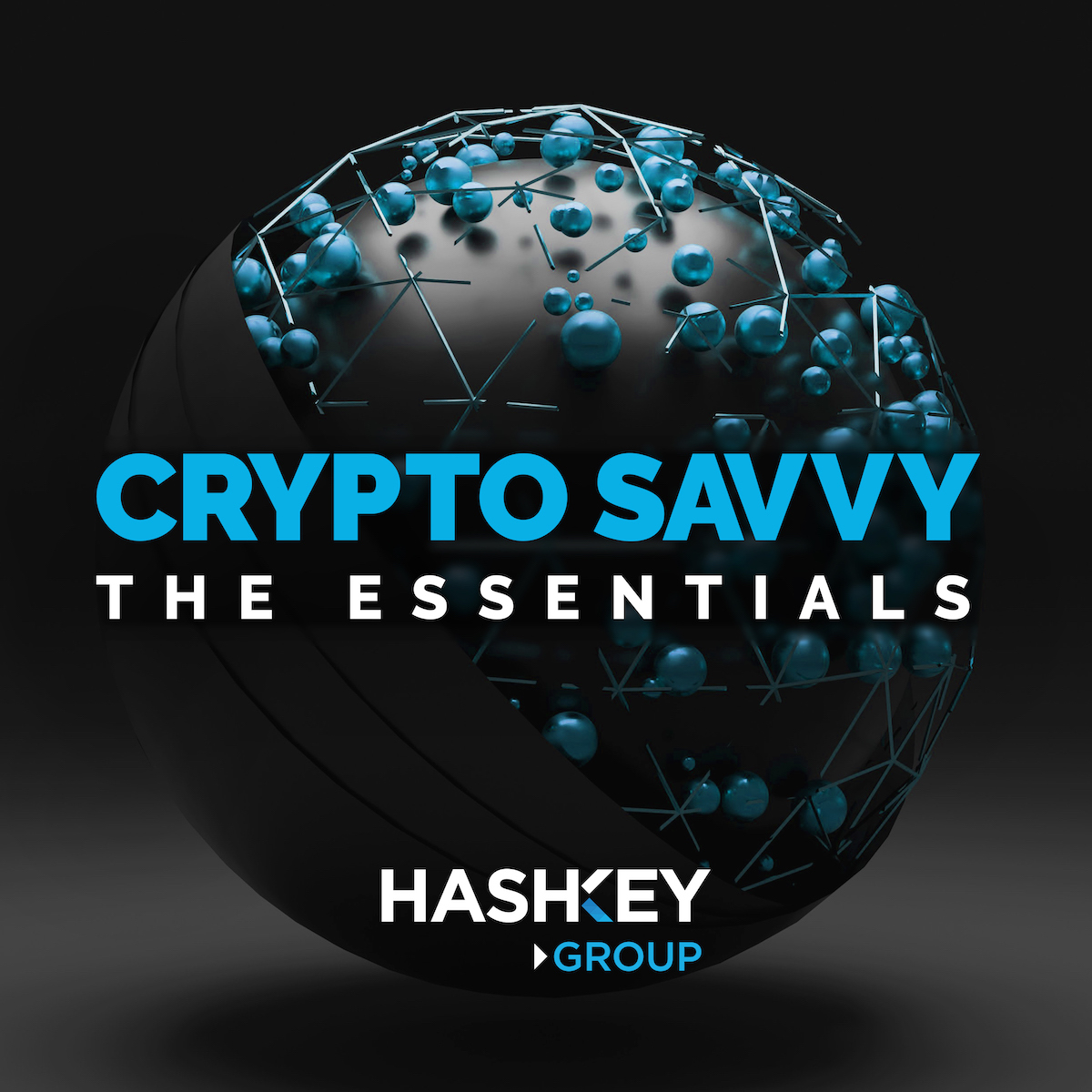 Confused about all the Shiba ads, record-breaking Beeple NFT sales, and the salacious fraud story about the Squid Games cryptocurrency? With NFTs, blockchain tech, and cryptocurrency becoming more mainstream—and everyone and their mum learning how to “trade stonks” during the pandemic—learning about digital assets is more important than ever.

If delving into dense articles or argumentative Reddit threads doesn’t appeal to you, learn about fintech from the people who know the digital asset landscape best. HashKey Group—a leader in digital asset management and blockchain solutions—created the Crypto Savvy podcast as a way to educate people about crypto in an accessible and informative way. Every week, the group’s head of corporate communications interviews a guest from big players within the digital asset industry on a different theme—asset tokenisation, NFTs in art, the decentralisation (and subsequent democratisation) of finance, and even the definition of what a digital asset actually is. 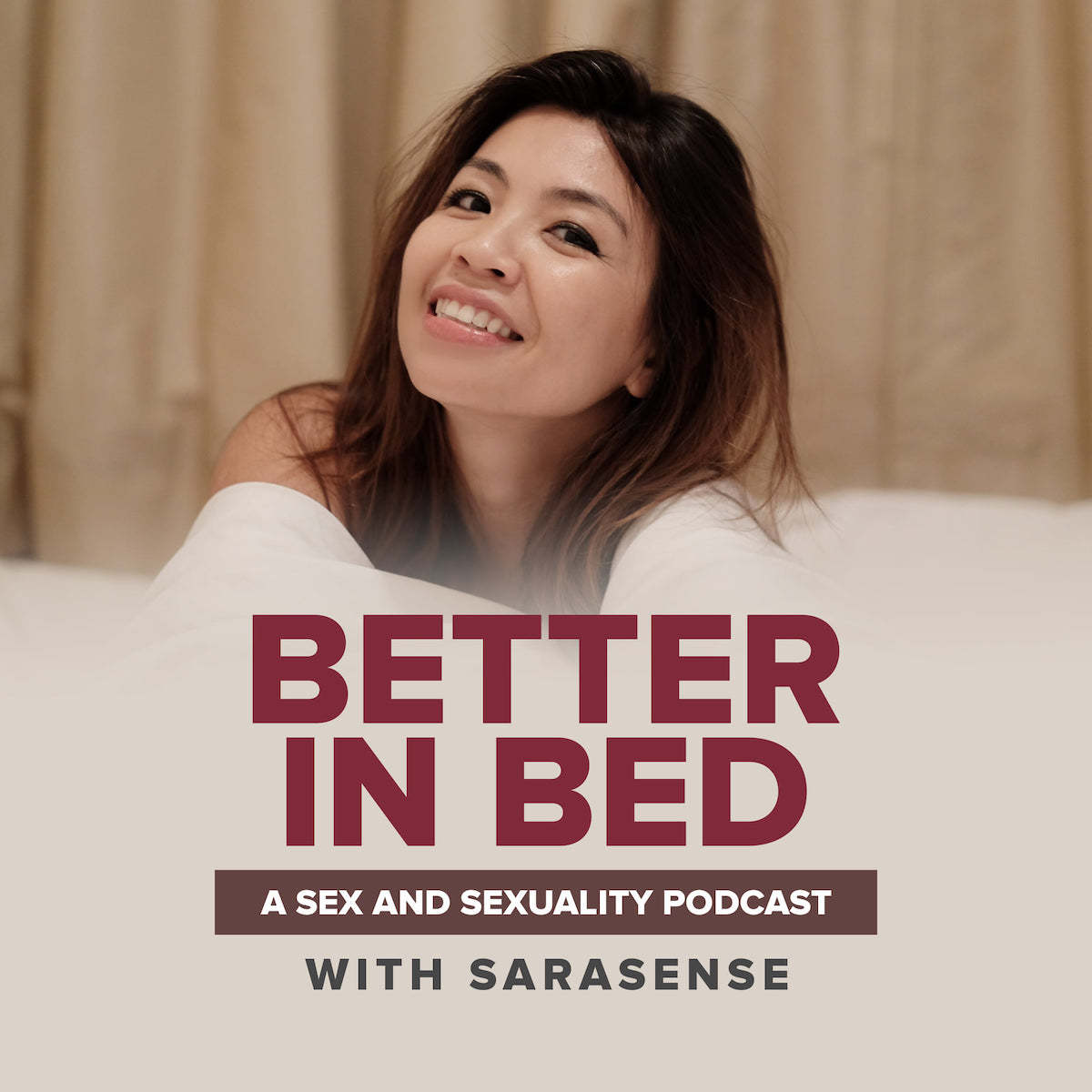 While sex positivity is gaining more momentum in the Western world, here in Hong Kong, talking about sex openly is still somewhat stigmatised (if not outright taboo). Here to help people overcome their reservations, one podcast episode at a time, is sexologist and certified sex coach Sara Tang (a.k.a. Sarasense). Tang, who initially moonlighted as a sex coach while maintaining a corporate day job, launched the podcast in 2017 shortly before throwing herself into the sexologist game full-time. 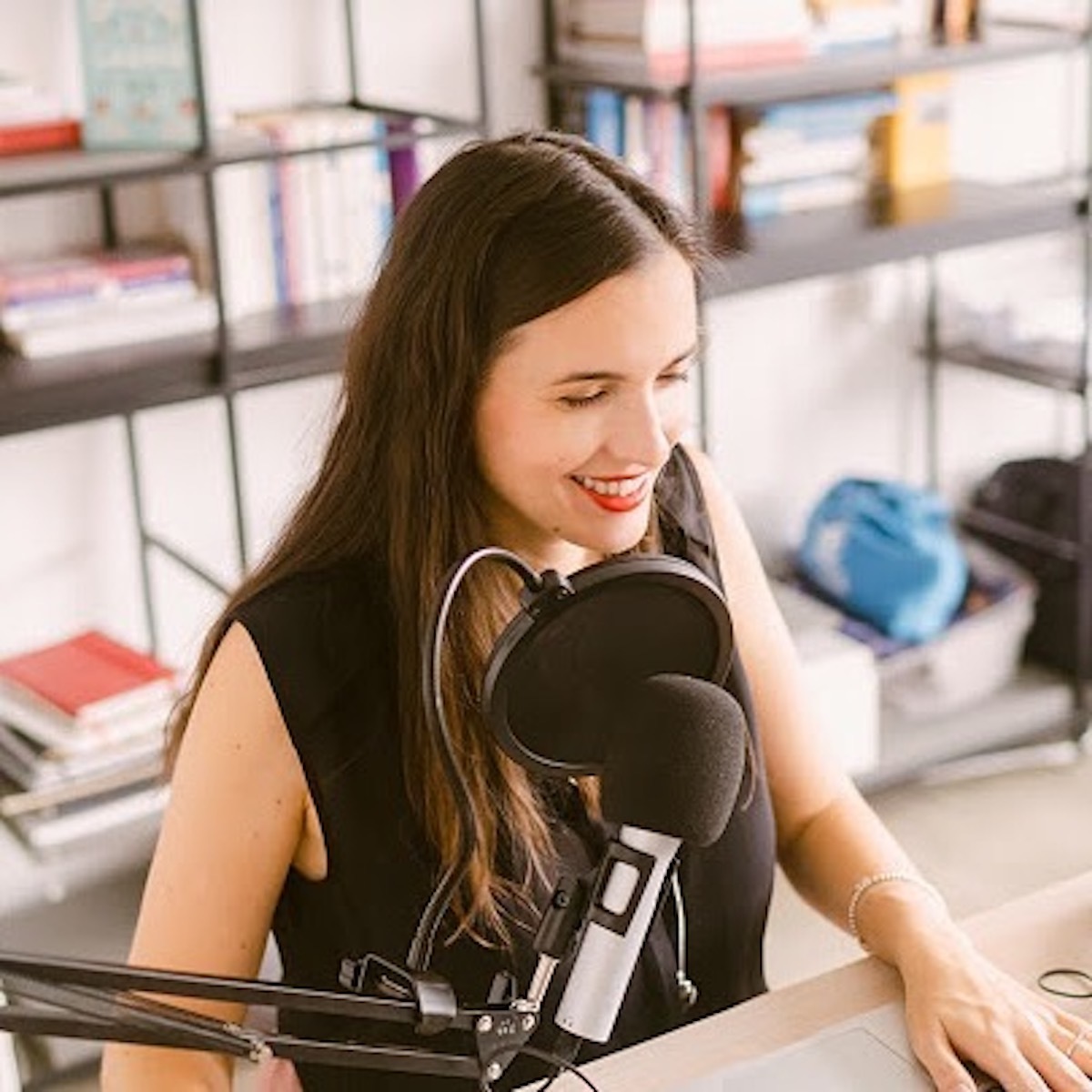 If you aren’t interested in niche, comedic, or storytelling podcasts—or baulk at over-the-top voice work—one of the more established entries on this list may be just the thing. Founded and hosted by Viennese native Regina Larko, Hashtag Impact (stylised as #impact) is a show about people making an impact—however they do it—in Hong Kong and further afield. We’re talking purpose-driven entrepreneurs, philanthropists, conservationists, and activists, all of whom are interviewed deftly by Larko in her soothing, soft tones. (Seriously. We’re pretty sure she could make a killing as an ASMR talent.)

In the currently-airing fifth season alone, Larko has covered sustainable development, gender equality, youth activism, responsible consumption, and houselessness with her varied and fascinating roster of guests. Larko, who started the podcast in 2016, is often upheld as one of the early success stories within the Hong Kong podcasting scene, and has mentored other budding podcasters and spoken at the Hong Kong Podcast Festival. 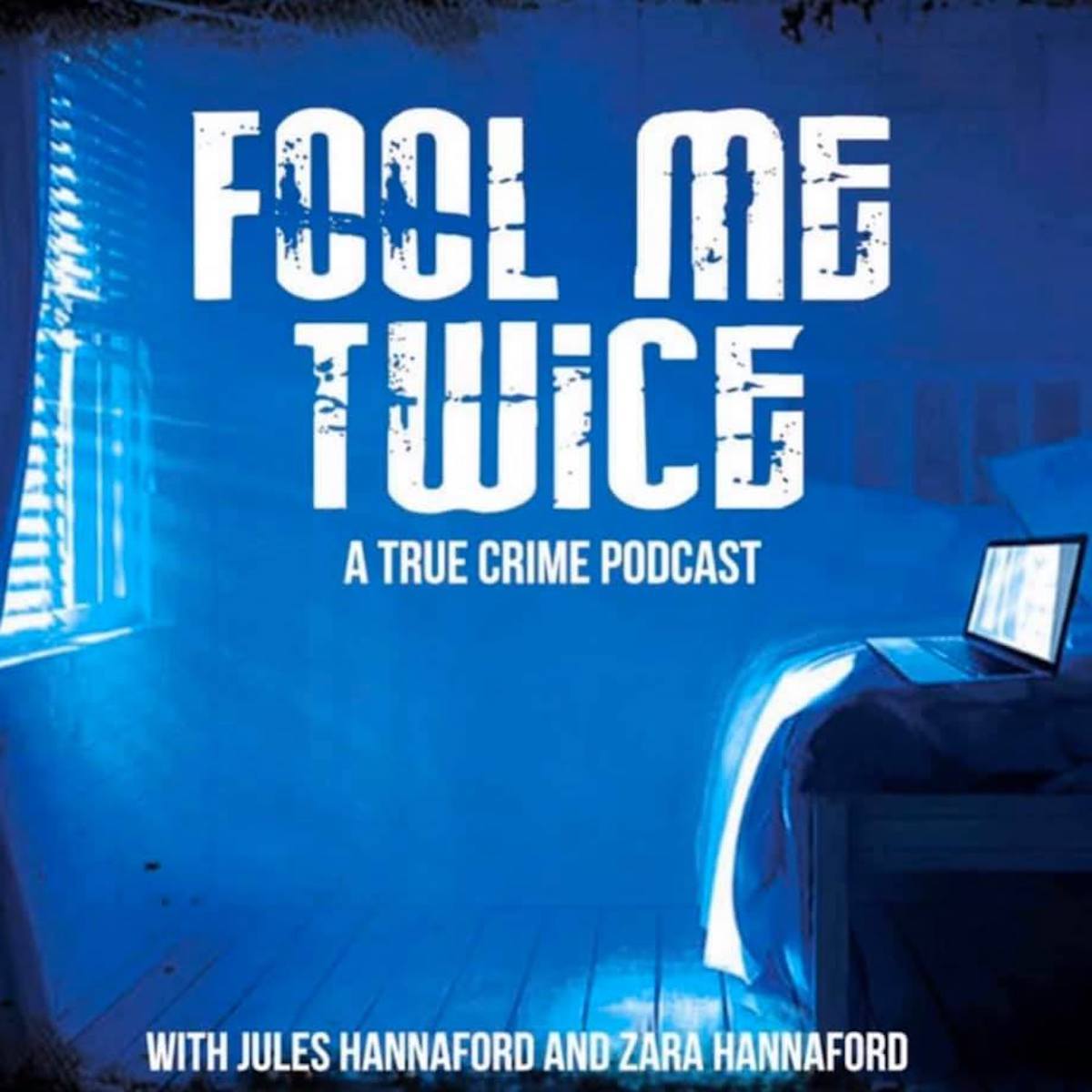 If you were captivated by the twists and turns in Dirty John, the true-crime podcast and mini-series about a real-life romance scammer, then you’ll love Fool Me Twice. Hosted by Australian expat Jules Hannaford and her daughter Zara, the first season of the show explores Hannaford’s first-hand experience as the victim of an internet dating scam. The second season, entitled “All About Diamonds,” debuted last year, with each episode revealing a new development in a captivating diamond scam that took place right here in Hong Kong. 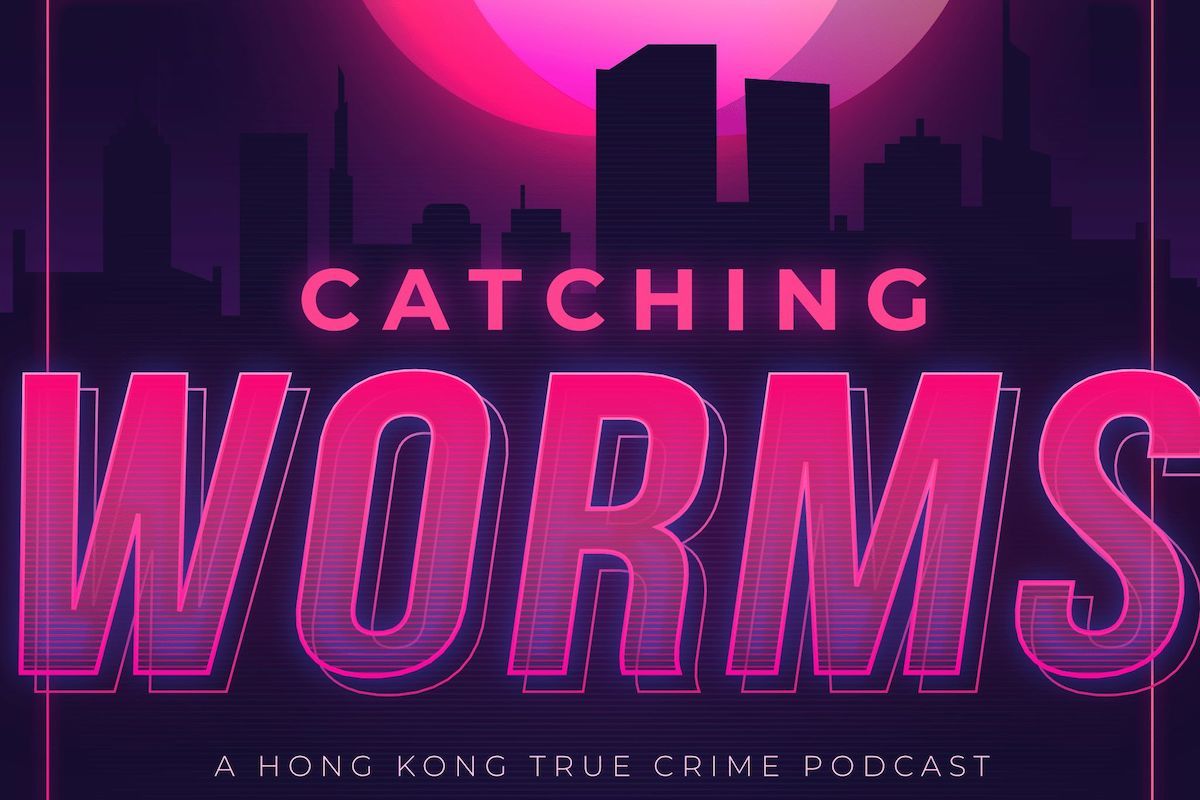 Catching Worms is a brand-new true-crime podcast, which derives its name from the colourful Cantonese idiom “捉蟲入屎忽” (juk1 chung4 yap6 si2 fat1; “catch worms to put in your bottom”), which means to cause unnecessary trouble for yourself. Made by professional production house Create, the show dissects a different true crime case every month, with new episodes dropping daily from the first of the month.

For the first instalment, the inaugural story revolves around Lam Kor-wan, a.k.a. “The Jars Killer,” one of Hong Kong’s two known serial killers. Lam, whose story inspired the podcast, is the subject of three episodes that recount his crimes in unflinching detail, with first-hand anecdotes provided by detectives who worked the case. Listeners can expect future stories to touch on some of the most gruesome murders in Hong Kong’s history, involving “strangled accountants, missing children, and undercover drug smugglers.” 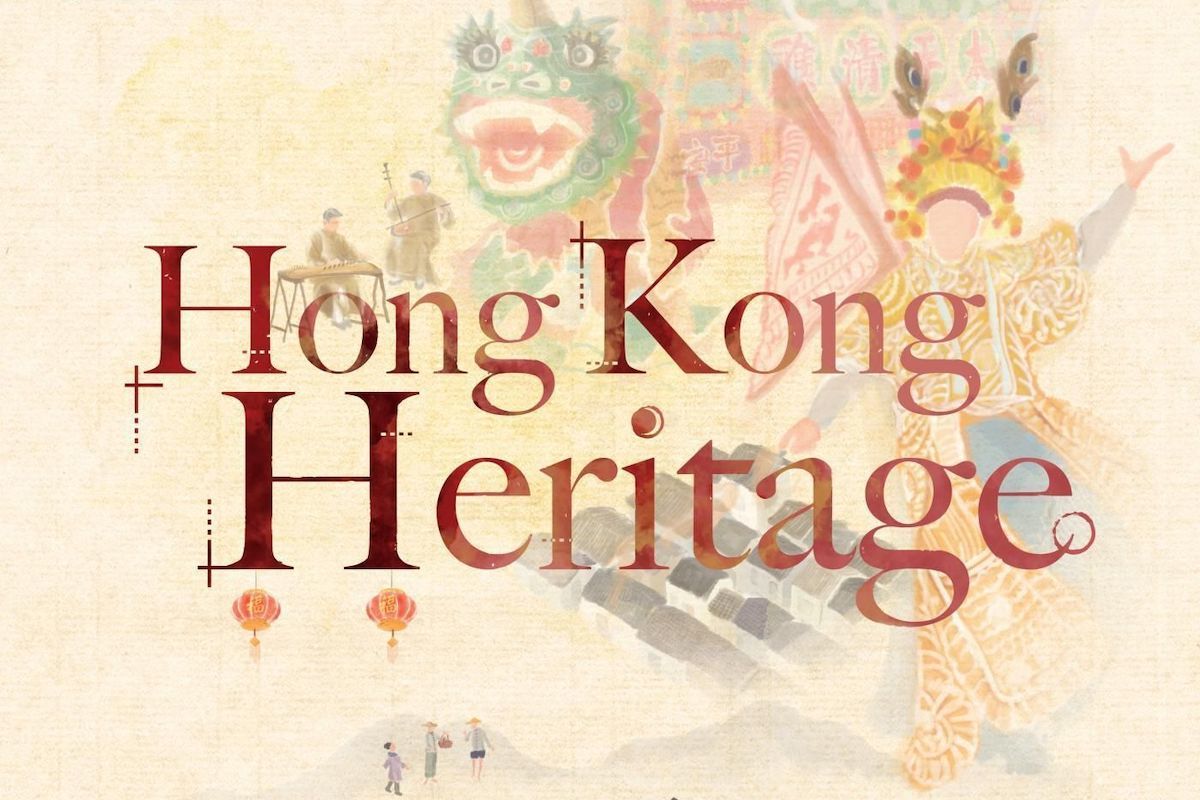 Regular Localiiz readers will know that we are always down to learn more about Hong Kong’s history, whether it relates to the city’s infrastructure or myths about Hong Kong’s fishy “ancestor” and everything in-between.

In the same spirit, RTHK host Annemarie Evans delves into Hong Kong’s social, cultural, architecture, and artistic heritage in her show, Hong Kong Heritage. Tune in every week to learn all about topics like the history of Gurkhas in Hong Kong or the curious story of Yim Tin Tsai, a largely abandoned Hakka village that has turned into an unlikely artist’s haven. With a library of over 530 episodes, you don’t have to worry about running out of fascinating stories. 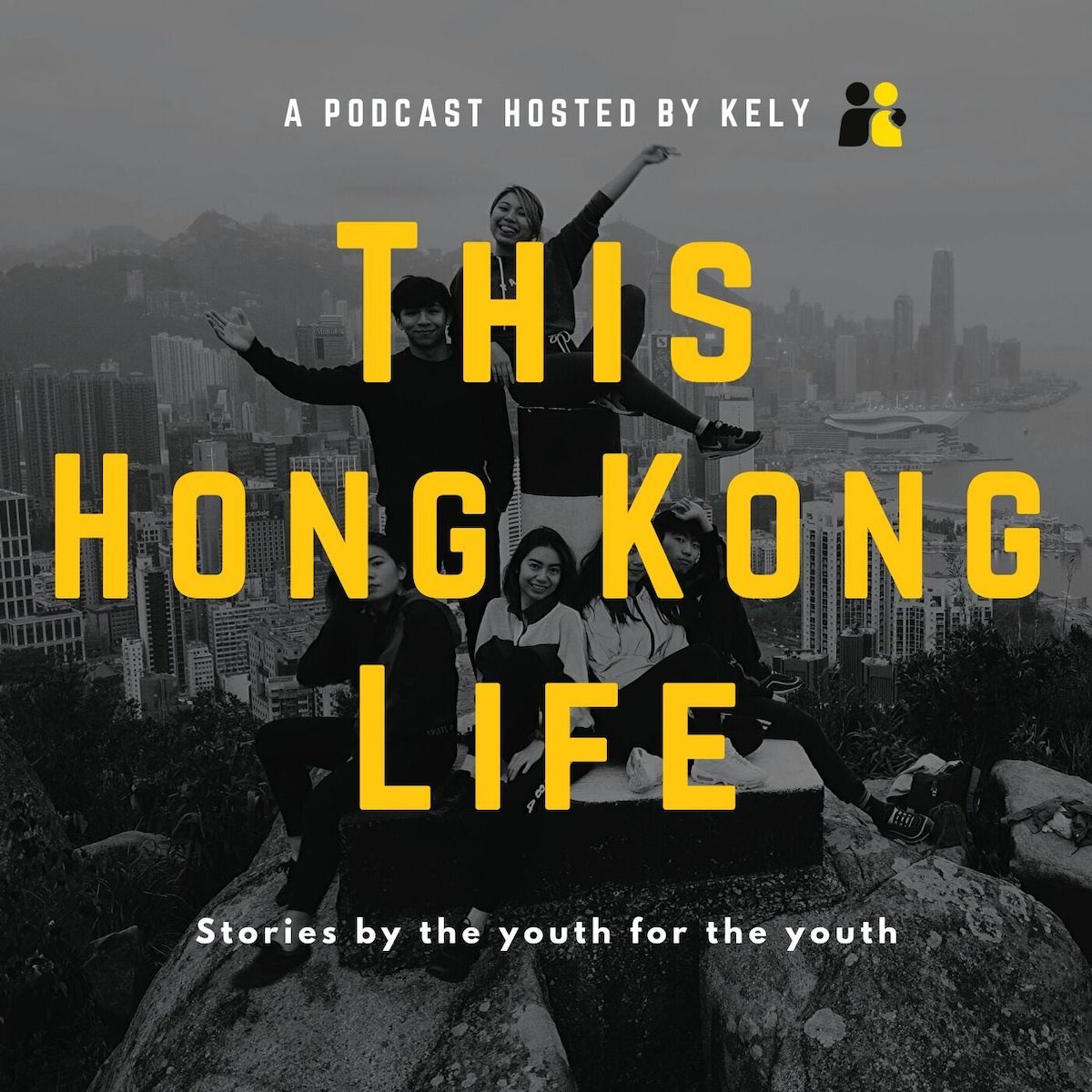 Produced by Hong Kong-based non-profit youth organisation KELY Support Group, this bilingual podcast invites a different young Hongkonger to speak candidly about various topics, from academic opportunities to mental health struggles and how to maintain close friendships. Guest speakers come from many different backgrounds and range from mixed-race international school students to budding actors and ethnic minority teens whose families have resided in Hong Kong for generations. Each season has a different theme, with season four—which is currently airing—revolving around the subject, “New Normal under the Pandemic: A Year After.” 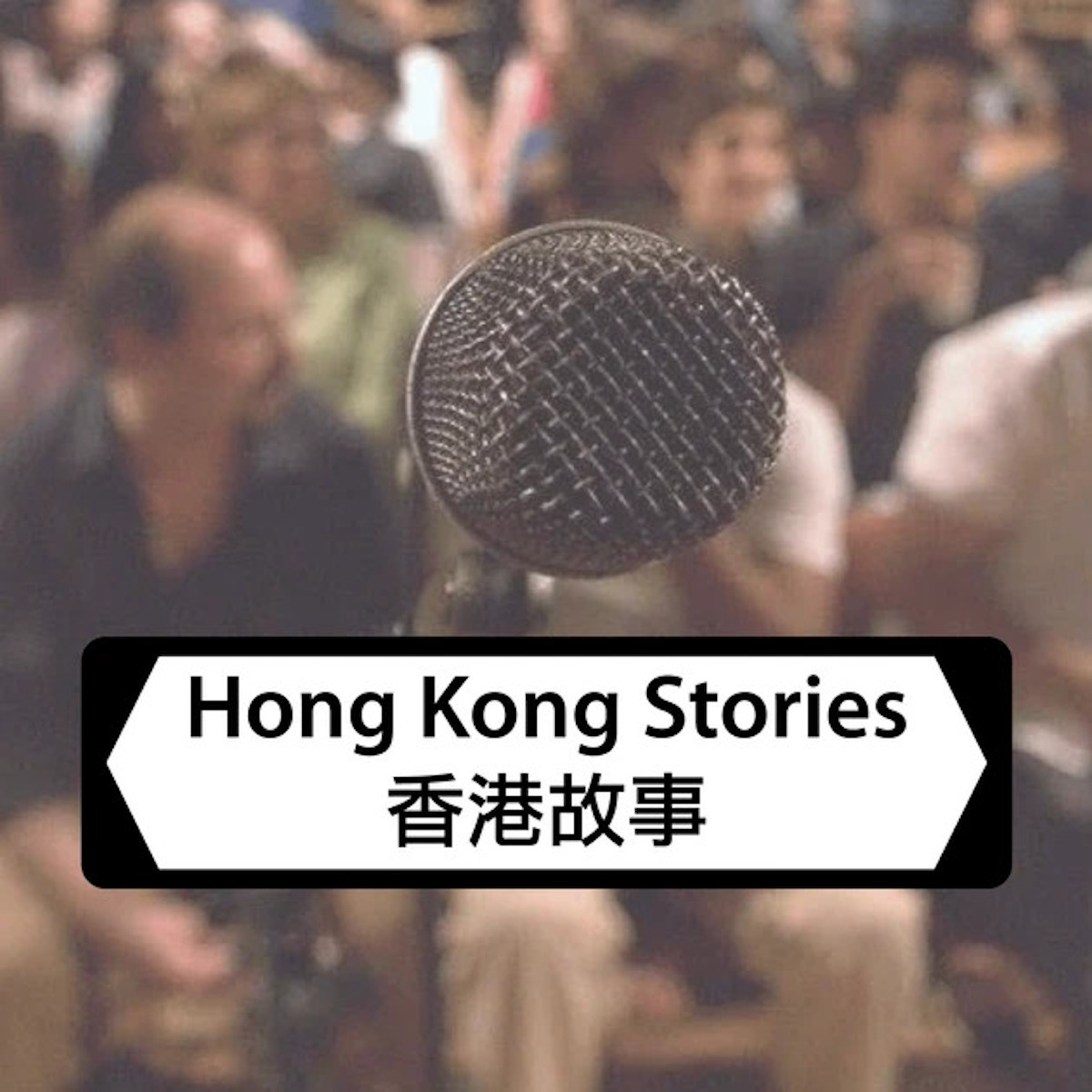 Like This Hong Kong Life, Hong Kong Stories is a storytelling podcast featuring different guests from different backgrounds—except that each story is recorded in front of a live audience. Each episode features two true stories, with speakers often riffing off pre-determined themes like “For You,” “Belonging,” and “50 Shades of Red” to tell moving and deeply personal stories. From mid-life crises to lasting friendships, struggles with addiction, and international adventures, no topic is off-limits.

Listen here or click here to check out their next live show. 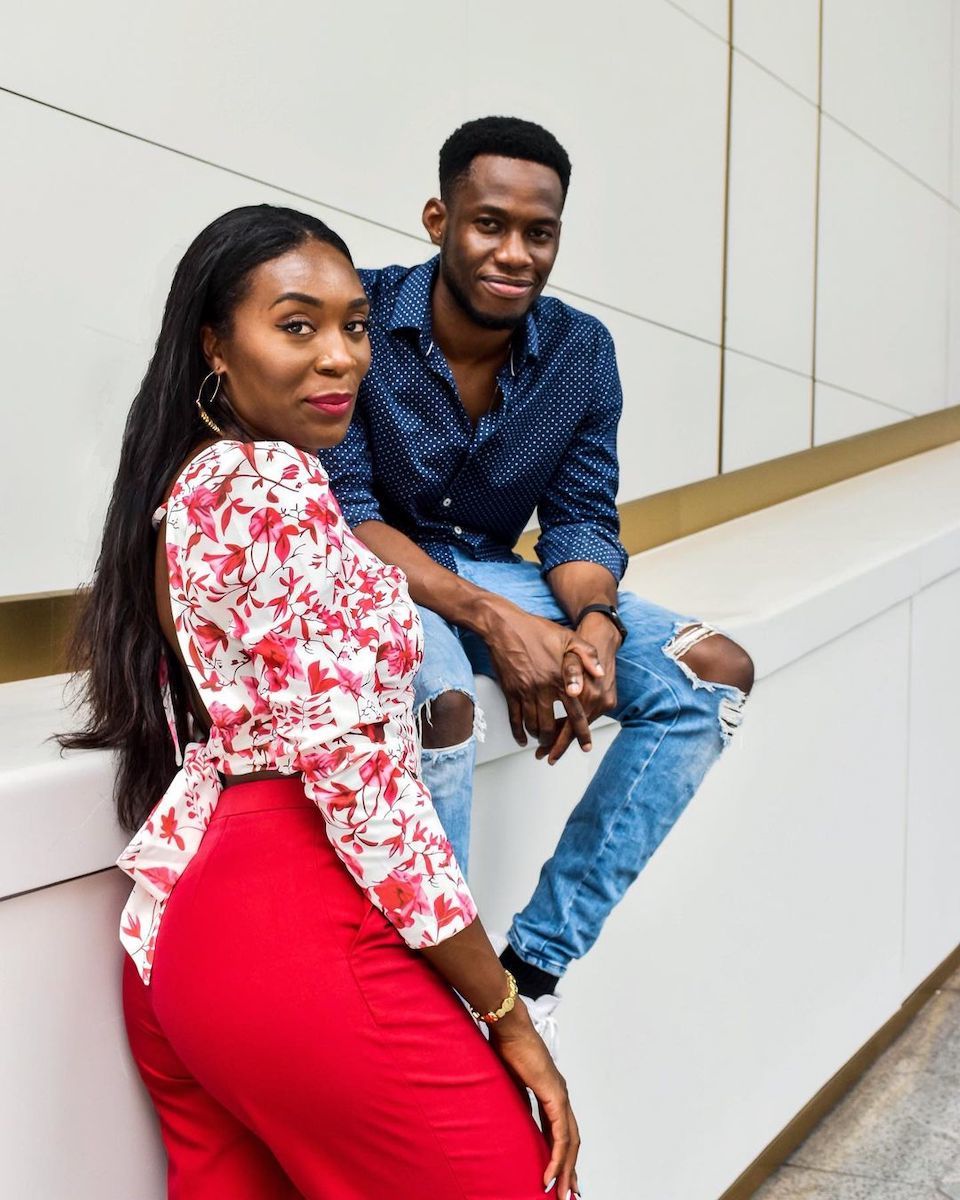 Despite only launching in 2020, HomeGrown has quickly become one of our favourite English-language podcasts in town, providing a much-needed platform to the woefully underrepresented Black expat community. Founded and hosted by Nigerian-British expats Marie-Louisa “Lou” Awolaja and Folahan “Fo” Sowole, the podcast’s mission is to “inform, inspire, and entertain through personal stories of Black expats.”

Episodes drop every Sunday, and feature guests like asylum-seeker-turned-Goldman-Sachs-analyst Innocent Mutanga to musician Janaia Joy Farrell, and barber Sammy Dodoo. Over the course of each episode—which can run from 20 minutes to an hour—the guests share the highs, lows, and daily realities of being Black expats. 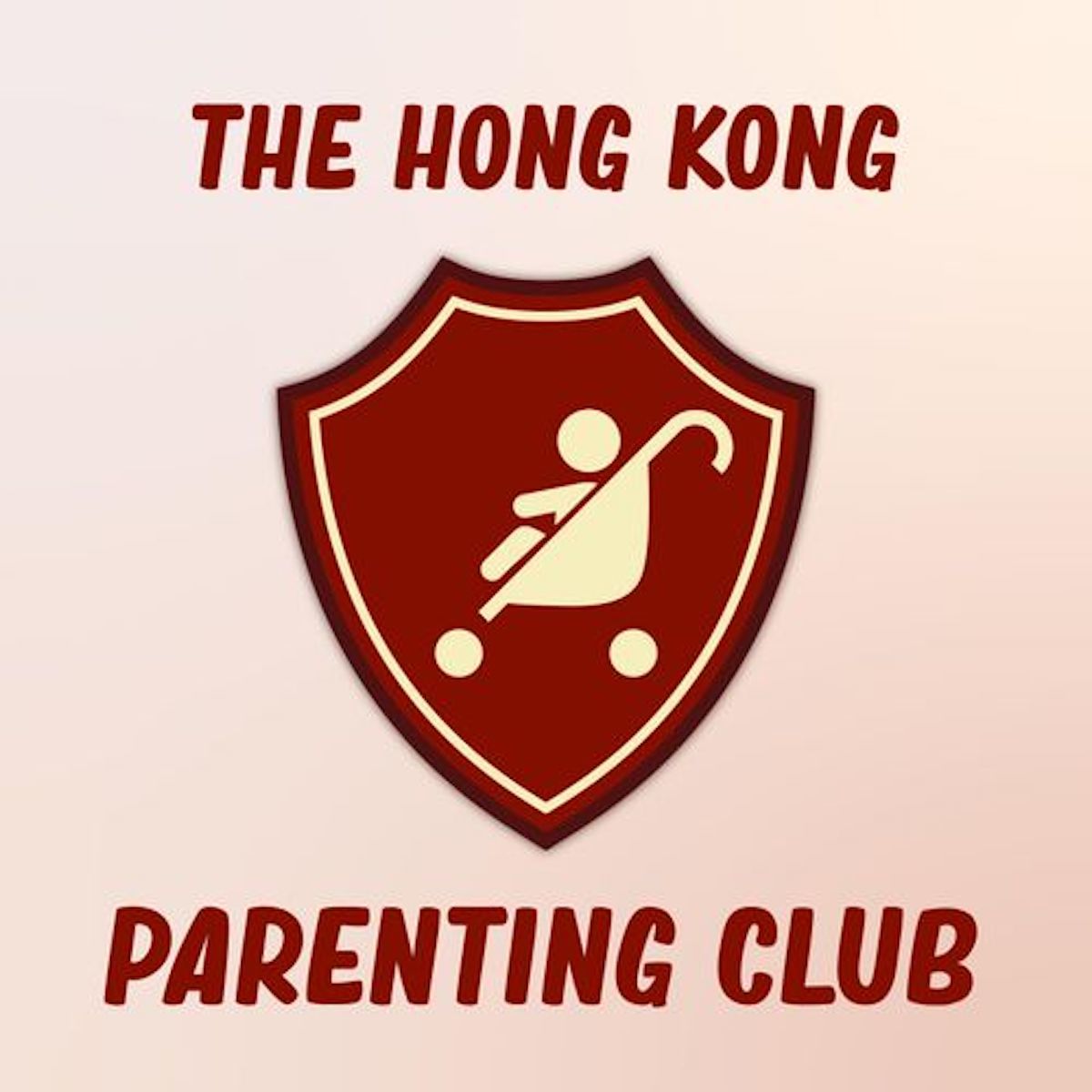 For a judgement-free and often hilarious discussion about raising children in Hong Kong, look no further than The Hong Kong Parenting Club. Hosted by two British expats in Hong Kong—“Lantau mum” Justine Garrett and father-of-three Bhav Bhuptani—this show is a no-holds-barred look at parenthood, with topics including dating after divorce, sex after having kids, adoption, raising a vegetarian family, and more. 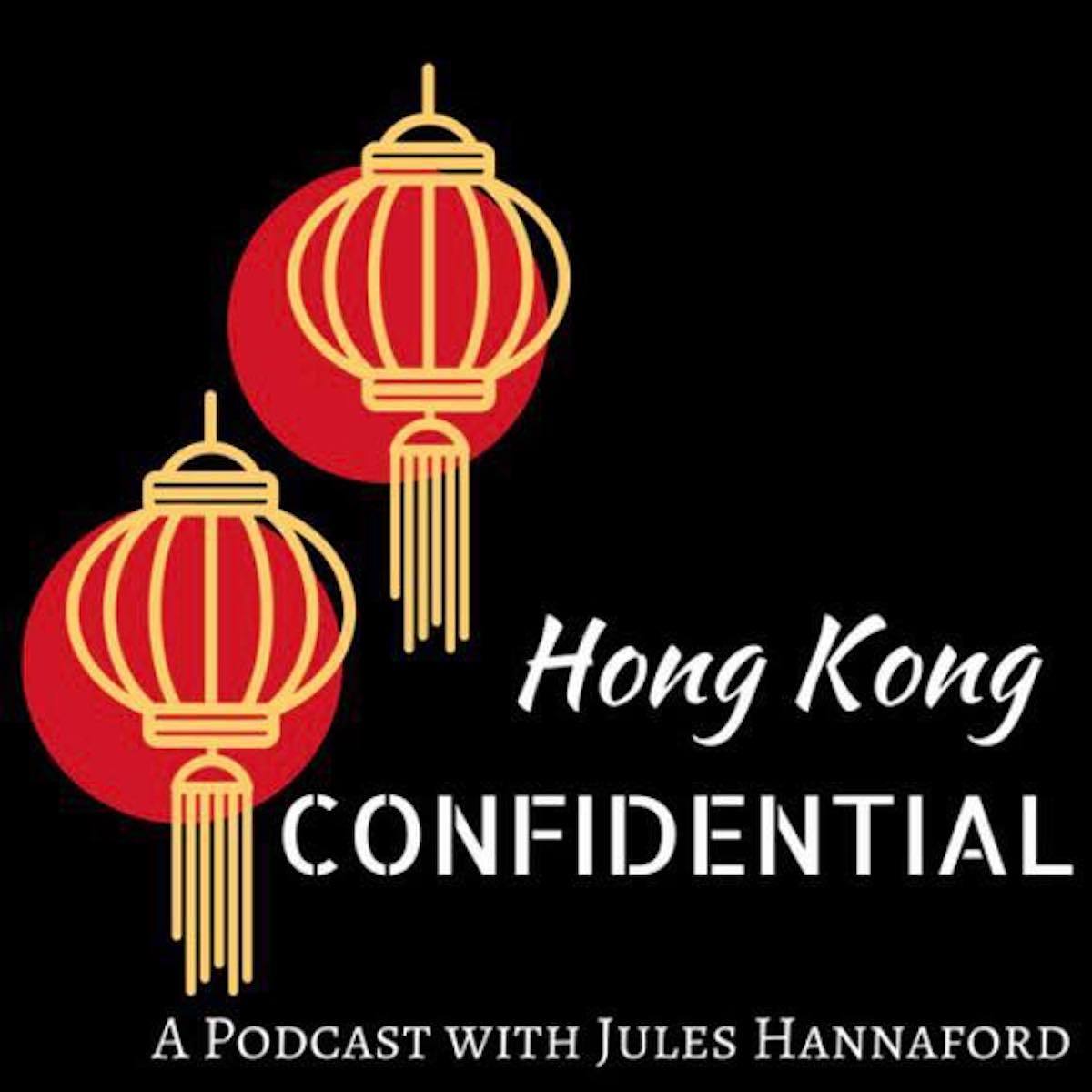 Hosted by Jules Hannaford of Fool Me Twice, Hong Kong Confidential is a podcast about the lives of real Hong Kong people. The guests range from people whose stories are shaped by their professions—i.e. wellness coaches, midwives, social workers, tour guides—and regular Hongkongers who have interesting stories and insights to share, including students Hannaford taught in her capacity as a drama teacher at West Island School. In keeping with her straightforward, open conversational style, many of the episodes touch on topics like suicide, grief, mental health—but there are plenty of joyful moments, too.

Following four seasons of Hong Kong Confidential, Hannaford recently put the show on a hiatus, choosing instead to focus on her life and Fool Me Twice, but she has been resharing some of her favourite episodes from the last four years. That being said, with nearly 200 unique episodes available, newcomers have plenty to listen to before she takes it up again.

5 Best True Crime Podcasts You Need To Be Lis... 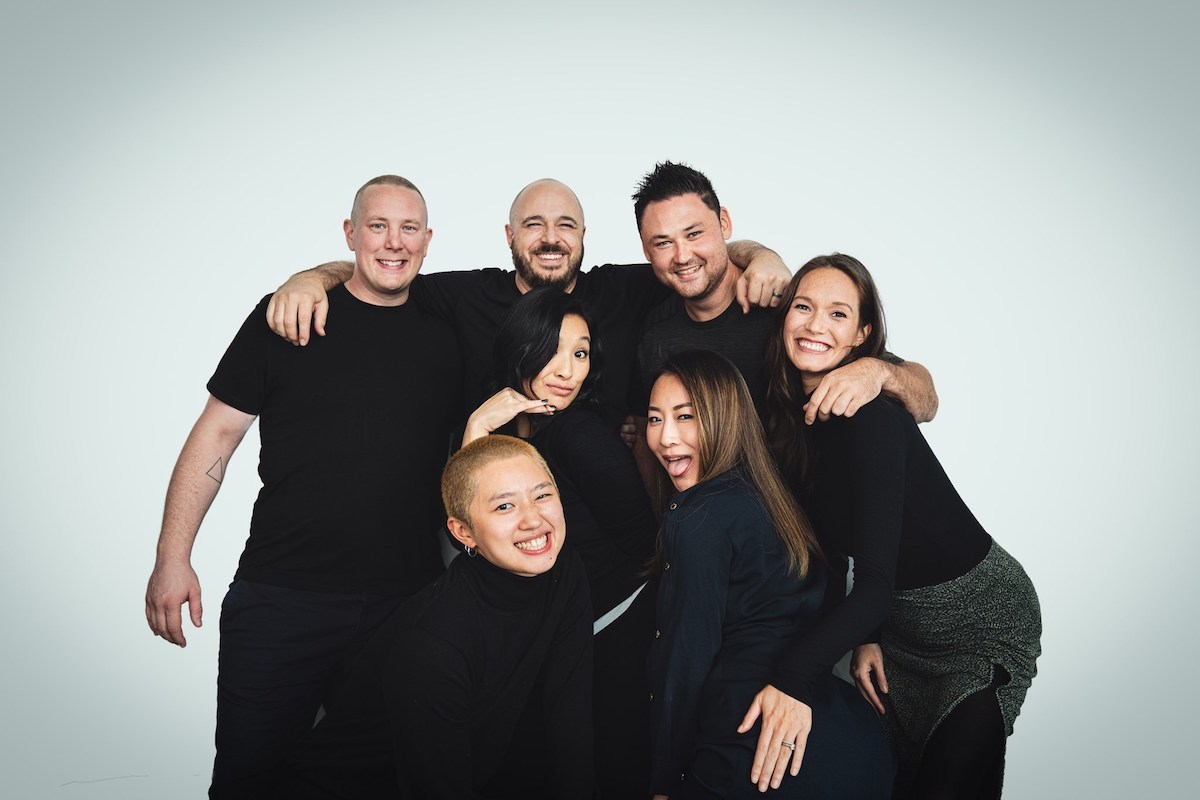 This much-needed podcast sheds light on the importance of mental health and how different factors—quality of sleep, organisation, and a little something called the Covid-19 pandemic—can affect your state of mind. Founded and presented by Aaron Stadlin-Robbie, who is a long-term sufferer of anxiety and panic attacks, Talking Mental aims to have necessary and honest conversations about mental health. Through the podcast, the Talking Mental team hopes to destigmatise the topic of mental illness both in Hong Kong and further abroad. 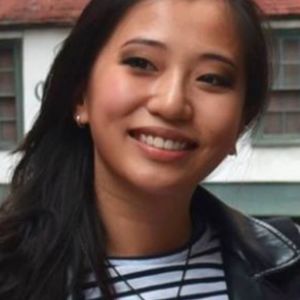