Come Together – Furniture That’s Getting the World Talking

By crystal_wilde 11 December 2013
share:
Having started out with a single picnic table 20 years ago, Belgian design company Extremis is best known for its outdoor furniture solutions. But as Apple, Google and Microsoft start to employ certain pieces indoors, it’s clear that big businesses are tapping into the sense of community and communication that outdoor living naturally fosters. We speak to Extremis founder and director Dirk Wynants about his mission to bring the world “tools for togetherness”. 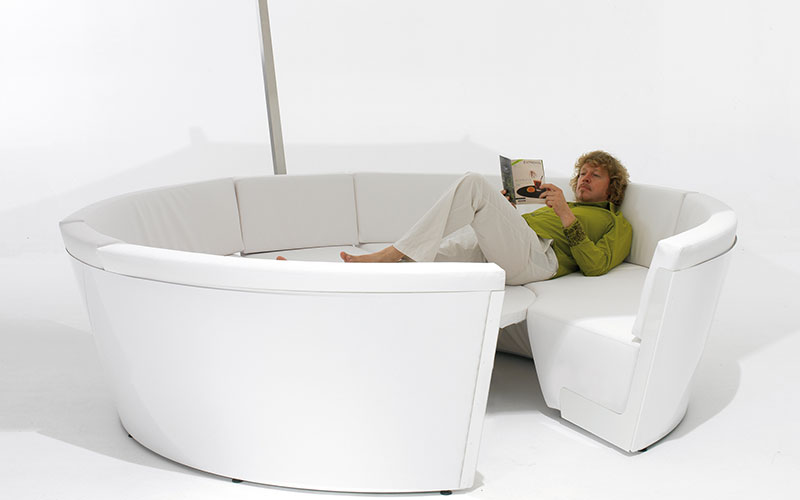 Although he now has 20 collections in 80 countries worldwide, Dirk Wynants insists he never designs for the sake of design. Every one of the multi-functional furniture pieces under his Extremis brand was imagined out of the will to create a real solution to a real problem, whether it be the discomfort of smokers forced outside or the logistics of feeding a family of all ages from a fixed-level picnic table. “Our furniture always has a special reason and is the consequence of a special design brief,” Dirk told Localiiz during Hong Kong’s Business of Design Week last weekend. “I think that our pieces should serve people and make sense. If something already exists and we can't add extra value we will stay away from it.” 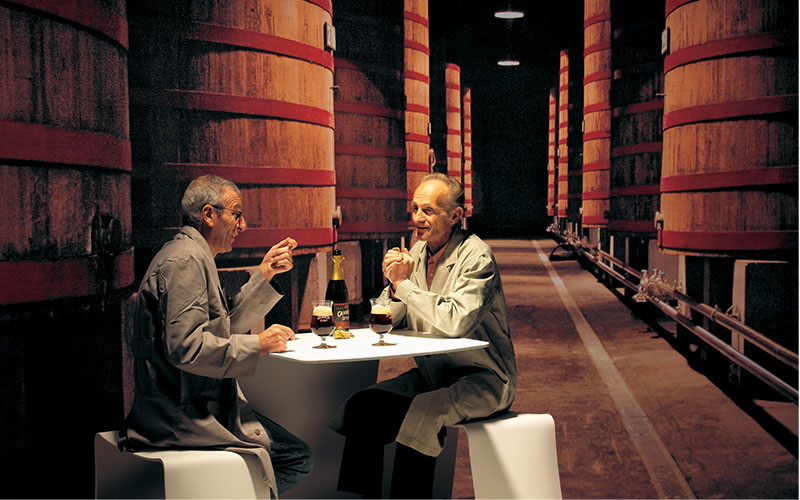 This focus on functionality and innovation has seen Extremis win more than 50 design awards and its furniture used in public spaces all over the world. The Picnik - a table and two seats formed out of a single sheet of standard-size aluminium – can be seen everywhere from London’s Tate Modern to The Standard Hotel in New York’s Meat Packing District. But what Dirk hopes to foster most with his designs is a sense of community, perfectly expressed by his use of real people from his home town in Ypres, northeast Belgium, in all his promotional photographs. Even Dirk’s farther can be seen - vest on, sandwich in hand - at the Extempore table, much to the distress of Dirk’s mother. “A picture with real people is a promise. With professional models is a false promise,” said Dirk. 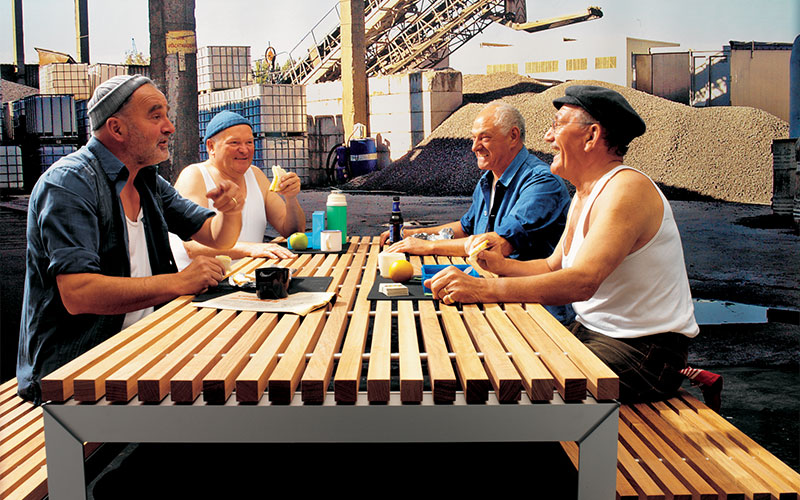 Although all Extremis furniture can be used outside, Dirk insists that many pieces are also perfect for those looking to foster an inclusive and creative environment inside. This concept has not been lost on some of the world’s biggest tech companies, who can now be seen holding meetings at the 10-seater Hopper table or brainstorming from circular Kosmos daybed. A purist by nature perhaps, Dirk feels that as technology progresses and the world gets smaller, it’s the art of face-to-face human communication that ultimately suffers. “This fits perfectly with the community philosophy we've always had; a lot of the problems in the world would be solved if we talked more” he said. “Change is speeding up all the time, but our genes are still the same as the people of 1,000 years ago. We're not made to cope with it, so we need to balance the ying and yang, and go back to basics of coming together physically.” 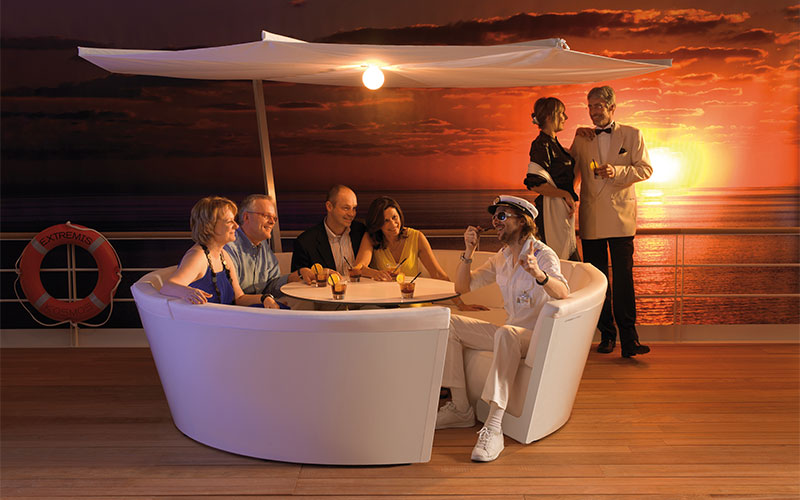 The Kosmos, so called as it is “a universe in itself”

Dirk also thinks about his company’s impact on the world as a whole, and says he takes packaging and transportation into consideration from the very conceptualisation of his designs. In a bid to reduce export costs as his furniture becomes more popular in Asia, Dirk has now opened a design studio in Shanghai, where he also shares his vision as part of the DeTao Group, a programme that sees leading international experts educate Chinese students on Western standards of design.

As the Extremis website states: “Create nothing unless it is both necessary and functional. And if this is the case, do not hesitate to make it beautiful."

Extremis furniture and accessories, including the Hopper, Kosmos and Marina can all be found at Localiiz recommended outdoor furniture supplier Everything Under the Sun. Browse the online catalogue or visit the showroom in Ap Lei Chau’s Horizon Plaza.

A guide to eco-friendly moving

8 CBD cafés to check out in Hong Kong

Take a Hike: How to hike the Wu Kau Tang Country Trail in Plover Cove ...

5 supplements to add to your daily routine & diet

Your guide to the famous Four Sea Arches of Hong Kong