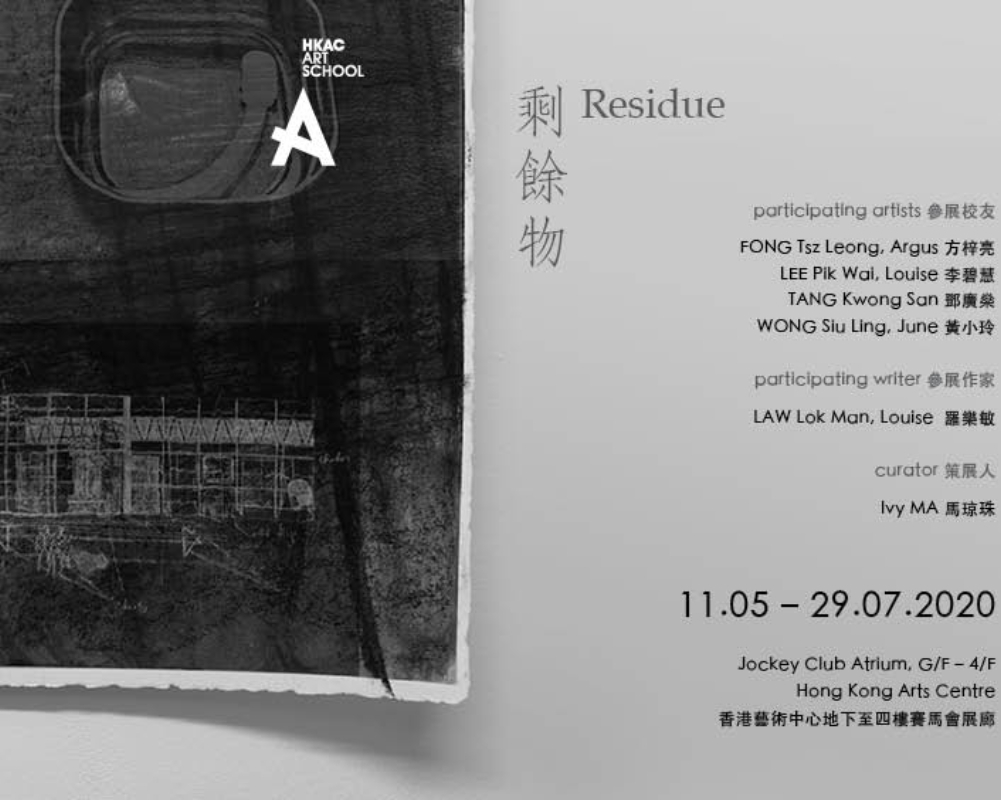 Residue does not refer to the left over in daily life. It is a psychological impact like ripples on a pond, formed by the unusual incidents which happen in history, entwinning and unabatedly echoing in one’s mind.

Residue is the detached part isolated from its main body. It is equivalent to either the fragments of brutal memories which are hard to look back on; or content which is buried or left aside intentionally or unintentionally.

Those dismemberments reveal themselves repeatedly in the form of scattered dots, broken lines and flaky layers; sometimes solid sometimes airy.

All artworks included in this exhibition are done with the most basic drawing mediums, graphite and charcoals on paper. At the same time, Louise Law was invited to make a poem which will be an added visual element in this exhibition. The poem, titled “air is cooled”, was assembled from what she has described as “residue of emotions”. These “residue of emotions” are those transitional states of an idea, which lie between an embrace and abandonment. They often present ambiguously. One can only be aware of it in absolute stillness.