Kyoto, Japan: A day trip to the former imperial capital

Kyoto (京都) is known as the cultural heart of Japan for a reason. Throughout millenniums, the ancient city not only bore witness to major events in history, but also survived even the bloodiest of wars and most devastating of fires. Today, in the face of change, the former imperial capital remains faithful to its roots, and the continuous influx of local and international tourists is a testament that Kyoto’s well-preserved streets are still the best place to experience traditional ways of life.

It will probably take you a handful of return visits to fully explore the city, but if you happen to be in the Kansai region (関西地方), we highly recommend a side trip to Kyoto, easily accessible via public transport—the bullet train ride from Osaka (大阪市), for example, takes about 15 minutes!. We’ve handpicked six historically significant landmarks that you can comfortably squeeze into your one-day itinerary. 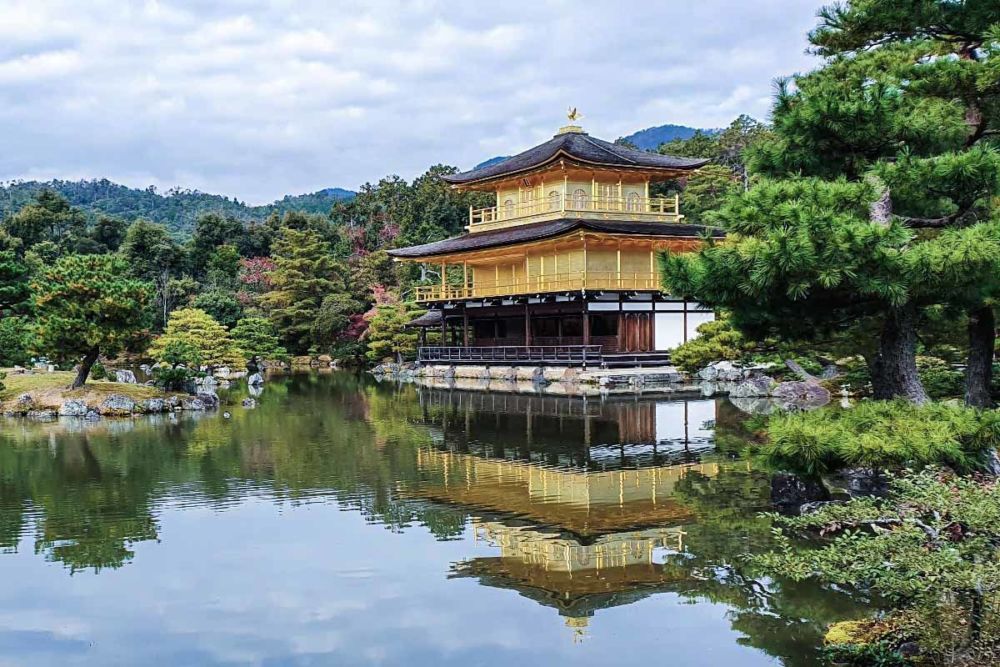 All that glitters is gold—at least for the three-storey Kinkaku-ji Temple (金閣寺), a UNESCO World Heritage Site whose shimmering surface reflects onto the mirroring pond when touched by sunlight. Despite being officially named Rokuon-ji (鹿苑寺), the temple is better known as the Golden Pavilion, with its top two floors completely covered in Kanazawa gold leaf. Its structure, which is crowned by a bronze phoenix symbolic of imperial power, was built to represent the lavish Kitayama culture (北山文化) prevalent among the city’s upper classes at the time.

But Kinkaku-ji Temple hasn’t always been the majestic beauty you see today. Throughout its history, the temple experienced disastrous fires, including one caused by a young monk, which led to the restoration to its present-day glory. While visitors are not allowed entry into the pavilion, you may appreciate the architectural views from the outside. The Shinden-style (寝殿造) first floor is patterned after traditional Japanese palaces during the Heian period (平安時代), the Buke-style (寝殿造) second floor is reminiscent of samurai houses, and the third and uppermost floor is inspired by a Chinese zen hall. 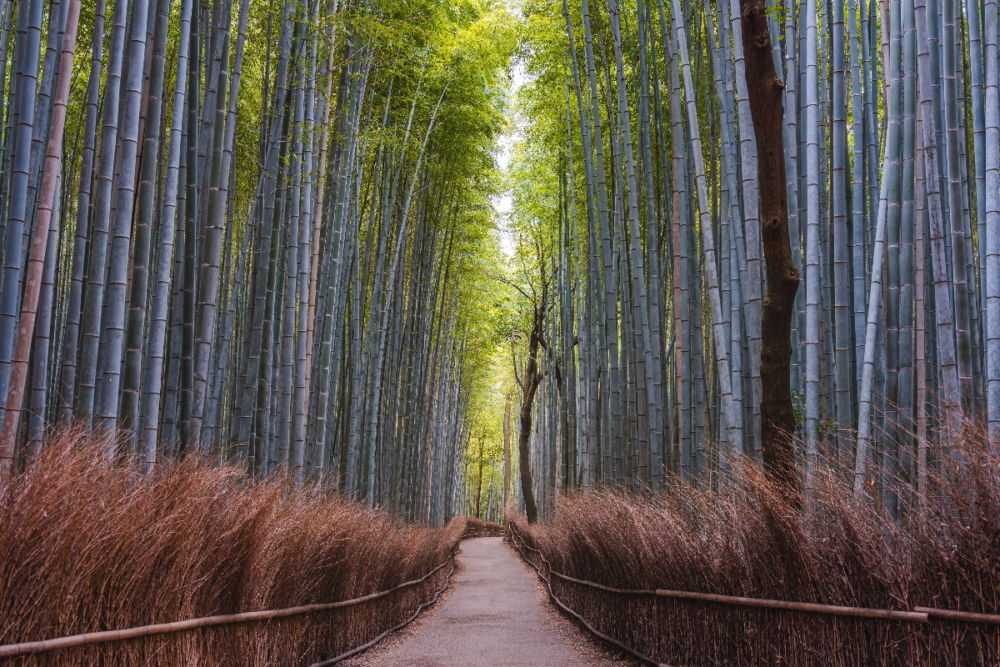 Perhaps one of the most photographed sights in Kyoto, the Arashiyama Bamboo Forest (嵐山竹林), alternatively called the Arashiyama Bamboo Grove, is a picturesque jewel that sits at the foot of the Storm Mountains. The experience is commonly described as stepping into a mystical world, one that brings you among infinite rows of bamboo stalks soaring through the skies and swaying gently with the wind. The sprawling forest, whose narrow paths cover a combined distance of approximately 400 metres, is best explored on a leisurely walk, a bicycle stroll, or even a guided rickshaw ride within secret trails.

The Arashiyama Bamboo Forest has become increasingly popular in recent years that, despite being open 24 hours a day, makes it almost impossible to find a time when you can have the grove to yourself. Strangely, not even the crowds can take away the magic of this emerald forest. The distinct sound of rustling bamboo—which echoes throughout the tranquil site—has been listed as one of the “100 Soundscapes of Japan,” an initiative aimed to combat noise pollution while preserving the wonders of everyday sounds. 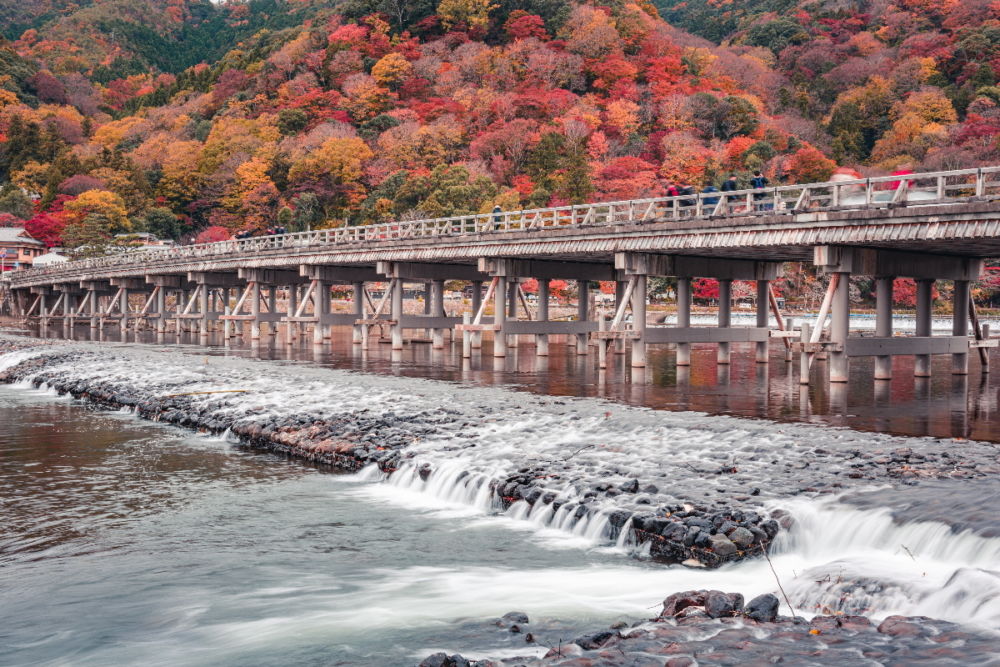 Surrounded by the colours of autumn and flowering cherry trees in spring, the Togetsu-kyō Bridge (渡月橋) is considered the most iconic landmark in the Arashiyama district. Its poetic name, which literally translates to ‘moon crossing,’ originated from Emperor Kameyama (亀山天皇), who once witnessed a full moon during a late-night boat ride and perceived it to be moving slowly across the bridge. This metaphorical marvel has been around for centuries, and is used to be frequented by nobles longing to cruise down the river—a familiar sight re-enacted in the annual Arashiyama Momiji Festival.

From a distance, the Togetsu-kyō Bridge appears to be an entirely wooden construction, but you’ll find upon closer inspection that only its parapets remain made of Japanese cypress. The most recent restoration had all the bridge’s columns and beams replaced with reinforced concrete, so that its present structure can withstand daily use while still keeping with the ancient capital’s traditional aesthetic. 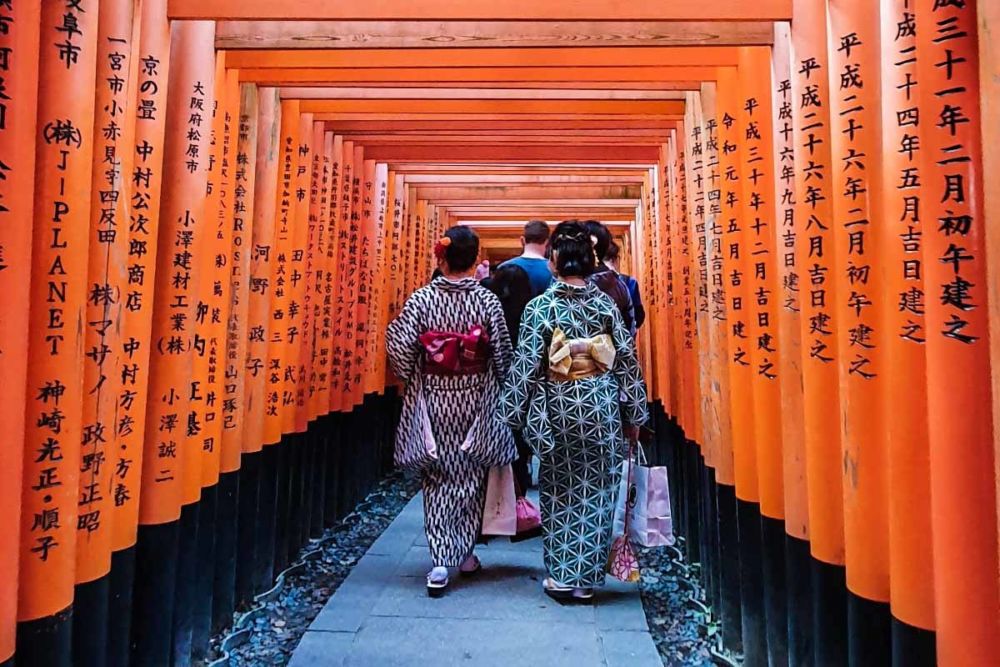 Yet another of the city’s most impressive cultural sites is the Fushimi Inari-taisha Shrine (伏見稲荷大社), famed for its seemingly endless rows of red-orange torii (鳥居; traditional Japanese Shinto gates) that line the paved walkways. These gates serve as a symbolic passage to the sacred—and rightly so, as this UNESCO World Heritage Site is regarded as the central place of worship for Inari (稲荷), the Shinto god of rice and the patron of business. Millions of visitors flock to this famed shrine to pray for bountiful harvests, with local merchants even donating individual torii arches as a token of gratitude for the deity’s blessing of prosperity.

While Japan is home to an abundance of Inari shrines, Fushimi Inari-taisha draws crowds primarily for its location at the base of Mount Inari. Traverse the hiking trails for roughly three hours to ultimately reach the summit, which rewards your exhaustion with panoramic views from 233 metres above sea level. Depending on how much time you have, as well as the intensity your body can take, you may opt to finish the halfway journey at the Yotsutsuji intersection for equally stunning vistas of southern Kyoto. 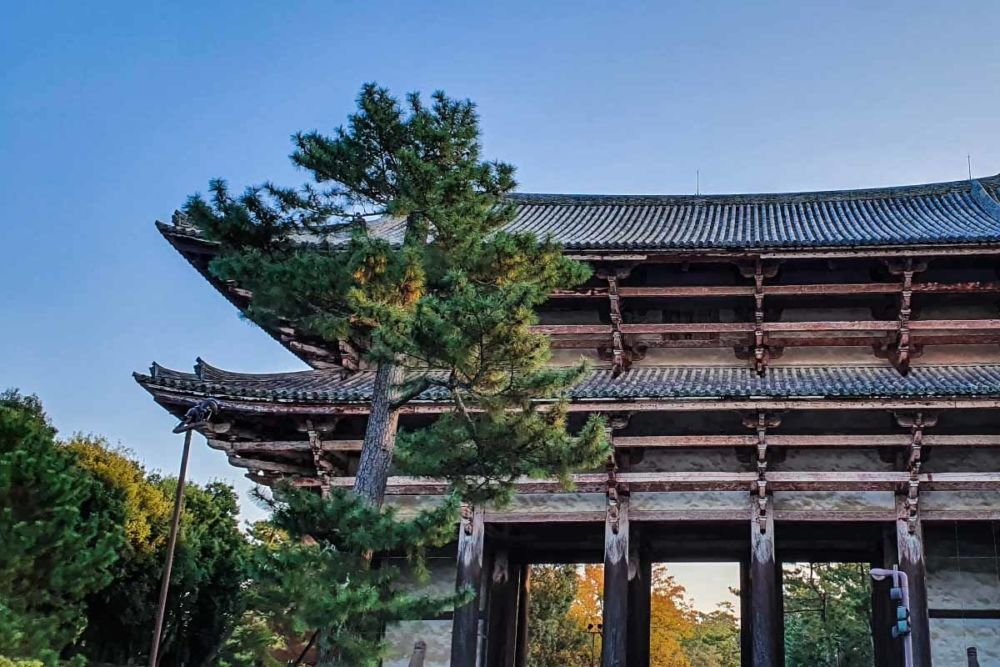 Tōdai-ji Temple (東大寺) is one of the many cultural treasures of the neighbouring town Nara (奈良市), a core city bordering the Kyoto Prefecture and also the country’s first permanent capital. Aside from being part of the “Big Three,” a trio of must-see temples in Nara, the Buddhist temple complex is globally recognised for its massiveness.

Entry to the temple begins at the Nandaimon Gate (南大門), where you will pass through the largest temple gate in Japan with two wooden guardians as its protectors from evil. The path then leads to the Daibutsuden (大仏殿; Great Buddha Hall), the world’s former largest wooden structure, despite the present reconstruction being only two-thirds of the original temple hall size. Beyond the main hall rests the giant Daibutsu (大仏), a 49-foot-tall seated bronze statue of Vairocana Buddha, also the world’s largest of its kind. 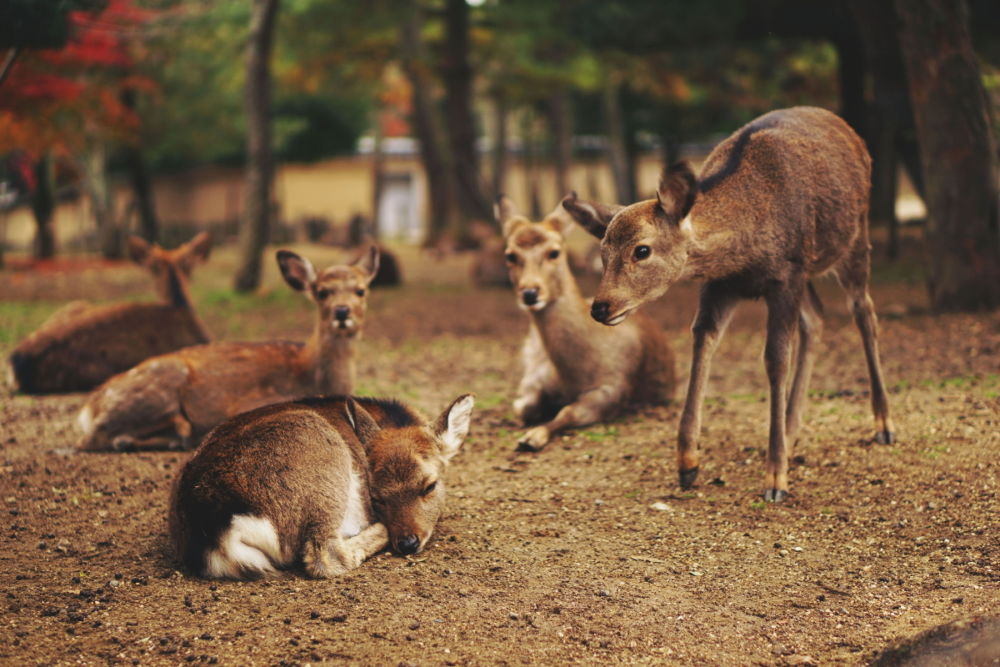 The northern part of Nara Park (奈良公園) is occupied by the Tōdai-ji Temple, yet the real stars of all 660 hectares seem to be the hundreds of freely roaming Sika deer. These wild animals, considered as messengers of the gods, are so sacred that, in more ancient times, their killing was an offence punishable by death. Since the eighth century, Sika deer have held immense cultural importance, and are thereby deemed to be national treasures.

The deer at Nara Park has grown accustomed to humans, and might even have equated their presence to food. The best—and probably the safest—form of interaction is by feeding them shika-senbei (鹿せんべい; special rice crackers), which you can easily purchase around the park. For added fun, try bowing your head and wait for the deer to bow back at you before giving them a reward. Be careful, though, as they can get aggressive and competitive with the mere smell of food! 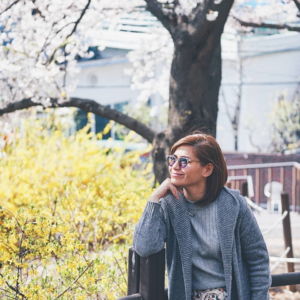