Fukuoka is a Japanese coastal city that has been quietly making waves with its unique gastronomical offerings and small-town charm. Pavan Shamdasani highlights the best of what to eat, see, and do around town. 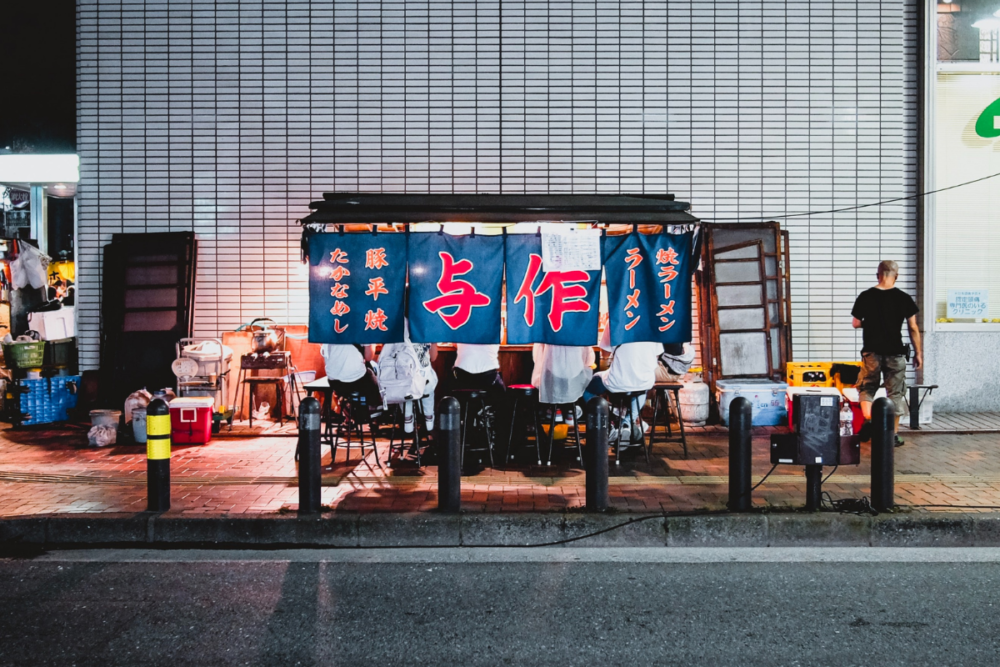 You’ll see it pull up on most evenings. As dusk settles in the city, a small van putters its way along the same backstreet path it’s driven for decades. Parking on the main road, the driver unloads her wares: a metal-rod frame snapped together to form a small hut, a canopy flung over the top, plastic curtains hung across the front, and snug tables and chairs set-up to form three sides of a square around an immense central hotplate.This is Mamichan, one of Fukuoka’s oldest and most popular yatais (屋台; mobile food stalls). Once ubiquitous across Japan, as the country recovered post-World War II, cities would throng with their sight at night, the streetside eateries consoling salarymen with comfort food and camaraderie. A dying breed these days, it’s only here in Fukuoka do you find the last remaining few.

The capital of southernmost Kyushu island—closer to China and Korea than Tokyo—the port city of Fukuoka has rarely ever been on the Japan tourist trail, but that’s starting to change. It’s the fastest-growing city in Japan, ranked high on annual global liveability lists. And unlike anywhere else in the country, it’s a melting pot of cultures and contrasts. The endurance of the yatai here is revealing of the city, both old-fashioned in its charms, yet somehow more exciting and experimental than anything found in contemporary metropolises. Mamichan serves up classic, stodgy Kyushu dishes originally influenced by Chinese cuisine—gyoza, yakisoba, ramen. We won’t fawn over them like most Fukuoka travel articles do, because just down the road, we find the city’s trademark contrast: innovative takes on the traditional yatai.

At Chez Remy, the eponymous French owner literally embraces the Hemingway-in-Paris ‘moveable feast’, with an ever-revolving menu of established Euro-classics: rich mussels, buttery escargot, heavy quiches, all paired with Bordeaux wines. And hidden in plain sight on the main drag behind velvet curtains, late-night, speakeasy Bar Ebichan sees a bow-tied bartender shake up classic cocktails within the cramped confines of a makeshift bar.

Geographically, Fukuoka’s seaside location in a bay should make it unremarkable—just another brisk, windswept town dominated by occasional weekenders. But starting from Kublai Khan’s Mongol invasion through numerous foreign influences (Chinese, Korean, and Okinawan), the city now stands as one of those happy accidents of history you can’t help but love. That intermingling is seen all along the mountainous coast, a far cry from the teeming city. Driving along its winding roads, Fukuoka’s beaches dominate first impressions, with man-made Momochi the most accessible, a popular sandy shore sitting in the shadow of iconic Fukuoka Tower. 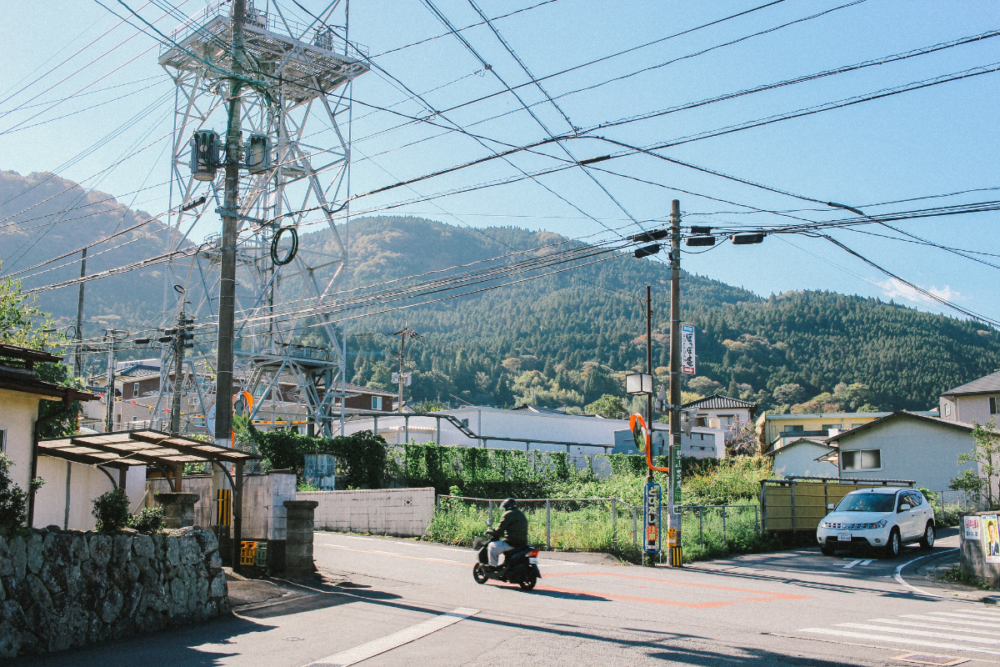 Look left as you drive back into town and it’s beaches galore. Look right and the mountains come a-calling, as Fukuoka’s many peaks are famed for its hikes and treks. West of the city again, you’ll find a balance between low-strain and high-reward—the Iimoriyama hike is ideal for beginners, just under 5 km but steep, with some of the area’s most stunning flora along the way and views of both the city and the coast as you reach its zenith.

A little further out, Kayasan is a relatively easy nine-kilometre trail ending with panoramic views of seaside caves and Fukuoka Tower in the distance, alongside the area’s best oyster huts as you descend. And for those more experienced, the twin peaks of Ibarayama and Raizan collectively make up almost 20 kilometres of trails, but take in sweeping waterfalls, dense forests, and stunning views along its steep climbs and roped sections. It’s not for the faint of foot, but worth the effort.

Forays outside the city have traditionally made Fukuoka an appealing retreat—a place to relax, sunbathe and sweat. But a new culture is starting to emerge in the centre, driven largely by technology. Lax restrictions on start-up visas—and numerous Asian digital nomads seeking a quieter pace of life—have bestowed upon Fukuoka the title of Japan’s ‘Silicon Valley’. That cultural wave is spreading too, beyond geeks and into fashion, food and beverage, and everything in-between, especially around the uber-cool neighbourhood of Daimyo. 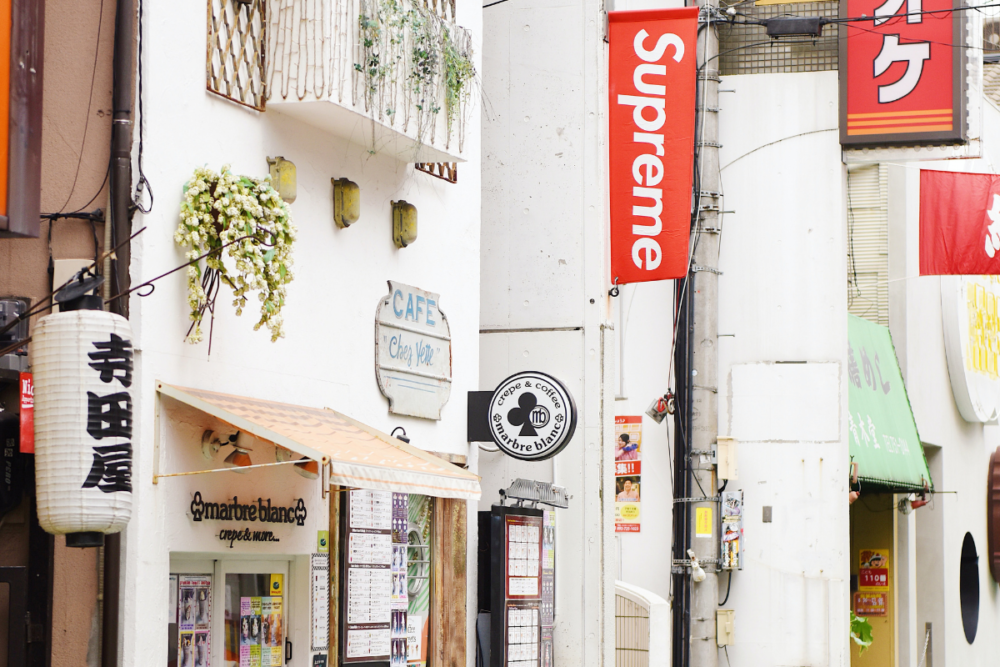 Hippiness is a good place to start, a store that all but put the city on the style map. Adored by Fukuoka’s chicest, despised by snooty Tokyoites, its unisex designs are an acquired taste and aren’t easily defined, but they’re always against-the-grain. For something more down-to-earth, long standing local label Tiger Brocante is famed for blending vintage looks with exotic fabrics and contemporary silhouettes. Styles have to start somewhere, and for Fukuoka folks, vintage is the ideal inspiration. Store-for-store, the city centre rivals any major Japanese metropolis for its second-hand obsession. Too many to name here, favourites include grunge-centric YT Clothing, feminine-focused Push Me Harder, hodgepodge classic Ichigo-Ichie, and the bizarre Japanese pop culture-only Going Belbo.

By day, Daimyo and its up-and-coming neighbours Imaizumi and Kego are hubs for fashionistas. At night though, the weirdos take to the streets and the centre transforms before your eyes. For an insider’s look at that change, head to Desiderata, a metaphor of sorts for Fukuoka’s evolving charms. Blending a record store, music club, bookshop, and eatery within a forest-inspired space, it’s best at night when young folks of all sorts descend onto its dancefloor.

Nearby, neighbours Coniglio and Moon Bar are equally as strange in their charms, both Alice in Wonderland-sized spots crammed into basement storage spaces. The former an Italian café and the latter a Tiki-style cocktail bar, both see its bar staff constantly stooped as they mix drinks, with patrons’ heads barely removed from ceilings.For a nightcap that’s a little less backache-inducing, head north near the canal. Yumekichi looks like something you’d find in Bruges or Amsterdam, not just for its waterfront location, but the chic Euro-centric interiors and its long list of natural wines. For now, stick to the drinks and try not to indulge in its delicious fusion pizzas and tapas because, despite promises otherwise, we’re headed for a late-night snack. 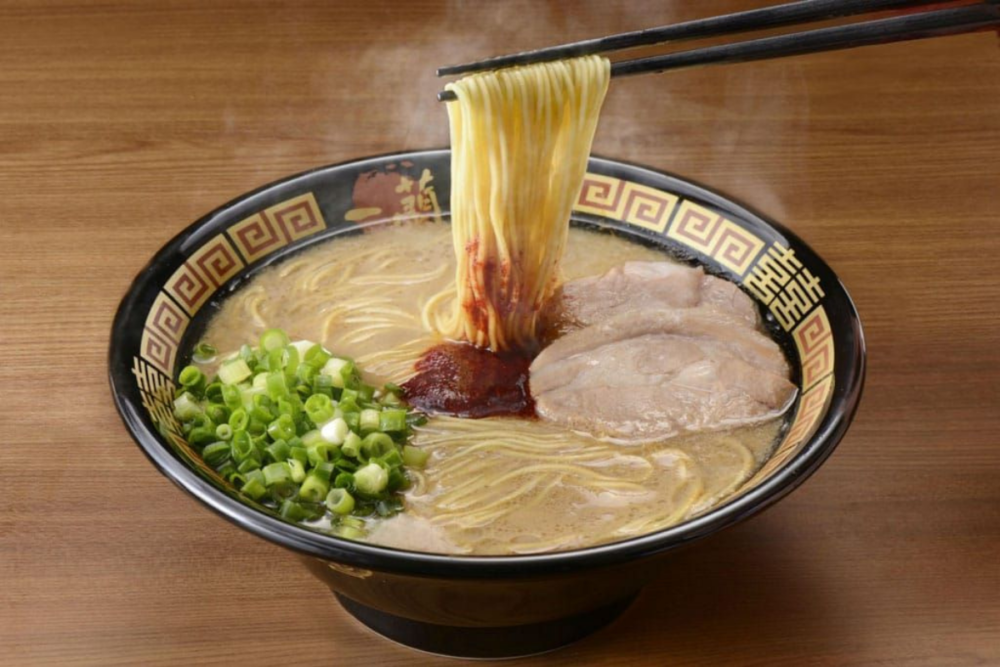 Here’s the kicker for all you hipsters who made it to the end of this piece: Fukuoka invented ramen. That’s right, the millennial’s favourite symbol of a disenfranchised generation was first concocted on these shores. The original Hakata-style is different to the omnipresent sort, though, and for the epitome of Fukuoka’s contrasts, head to Ganso Ramen Hakata Gan Naga, a contemporary ode to one of the oldest ramen spots in Fukuoka, nay the world, Nagahamaya. The modern iteration is cheaper, more centrally located, and open as late as 3am. Ramen-heads debate endlessly over which joint is better, but we’re just happy it’s easier on the gut than the popular kind. The Chinese influences of a lighter broth and thinner noodles swirl together into the perfect cultural-contrast in one big bowl—kind of like Fukuoka itself. 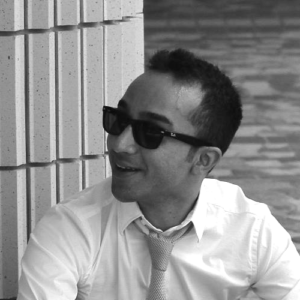 Pavan Shamdasani is a freelance travel and lifestyle writer based between Hong Kong and Saigon. He’s travelled to over 60 countries in the past decade and is always hungry for escape.