Galle stands sentry on the southern shores of Sri Lanka and is best known for beaches, cultural heritage, and more recently for its fleet of great restaurants and boutiques. Today, the town is a UNESCO World Heritage Site, notable for being a fortified city built by Dutch colonial lords.

Once a fishing village until Portuguese traders stumbled over, and then the Dutch, the colonisers expanded trade practices and gave us one of the most picturesque colonial towns in Ceylon.

In 1999, the Sri Lankan government lifted the 100 percent tax rule on foreign ownership, which resulted in a beautiful transformation of the fortified city into a vibrant multicultural Euro-Asian destination. Within the fort premises, cobbled streets are brimming with vibrant cafés, boutiques, upscale eateries, and heritage properties mostly owned by cross communities who made Galle their home. Best of all, everything is within a kilometre’s walk.

There’s enough to keep one busy for a day or two—here’s a guide for the best places to see, eat, and shop in the multi-cultural city of Galle, Sri Lanka.

What to see and do 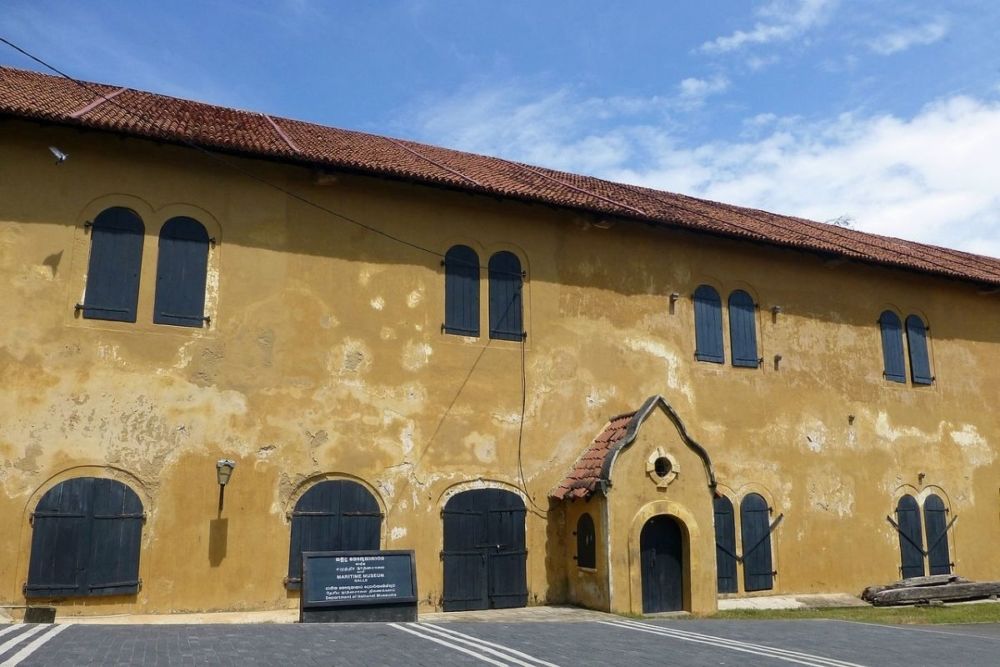 Galle is best explored on foot—heritage walks take you back to an era when this coastal city was another outpost of the Dutch empire, during which there was an upswing in Sri Lanka’s economy. The Marine Archaeological museum, part of the bastion, sheds light on the city’s maritime trade and many of its shipwrecks on the periphery. The marine museum is set in the erstwhile spice warehouse built by the Dutch in the late 1700s. It was the Dutch who recognised the potential of the island’s rich produce—cinnamon, betel nuts, high-value gemstones, and underwater mined pearls—which became Sri Lanka’s major exports.

Vaulted ceilings, tall wooden shutters, and a vast collonaded courtyard design were brought in to interact with nature as much as possible. This facet is common to Dutch architecture of the 1700s and this design pattern was treated with an addition of terracotta brick roofs, which eventually gave rise to the Galle style of architecture. This archetype falls under the umbrella of tropical modernism, a design philosophy kickstarted by Geoffrey Bawa—the father of Sri Lankan architecture. 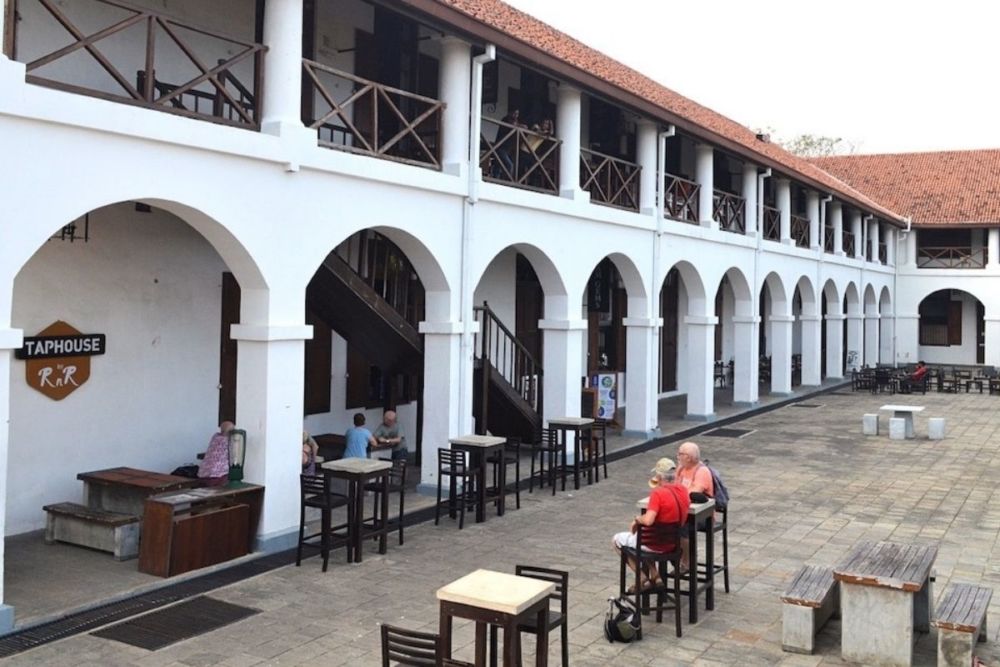 The Dutch hospital adjoining the fort bears a similar design and has been revamped into an upscale shopping and eating pavilion. The ramparts hanging next to it exude breathtaking bay views where travellers and locals alike lounge about watching sundown. 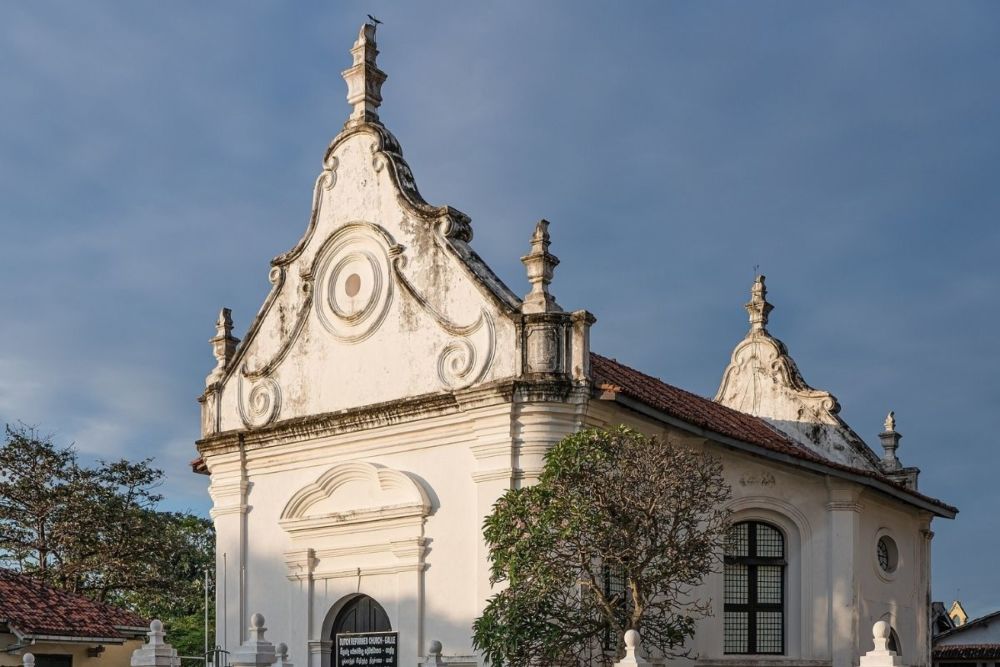 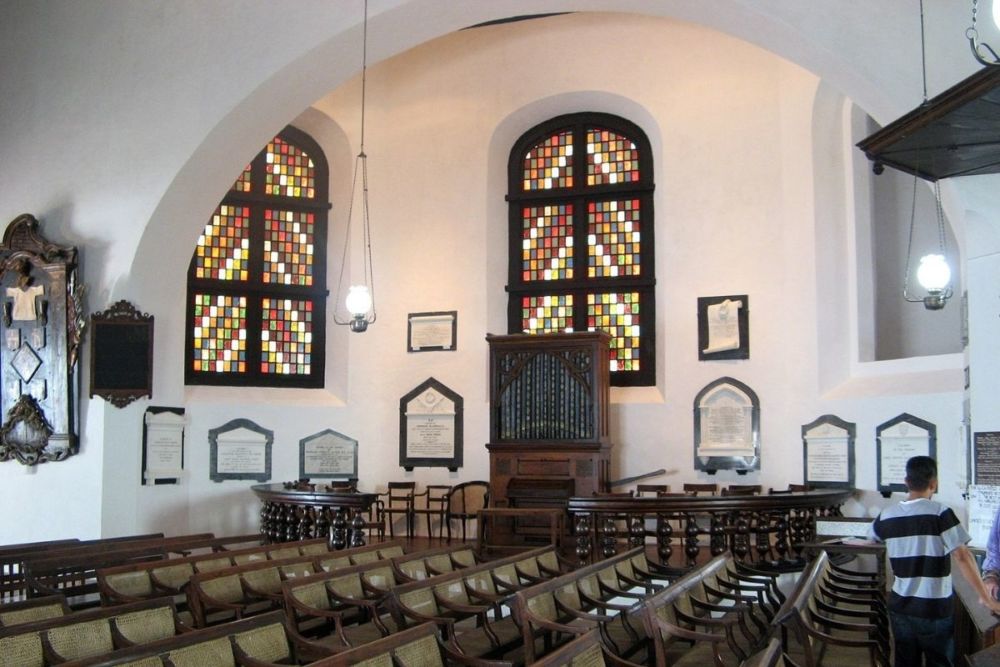 Another 1700s white-washed Doric-style collonaded façade is the Dutch Reformed Church. Protestant faith was ushered into the Netherlands during the turbulent Protestant Reformation of the 1600s and carried to Galle by the Dutch. The first foundation stone of the church was laid in the 1640s and is honoured as the oldest protestant church in the area. 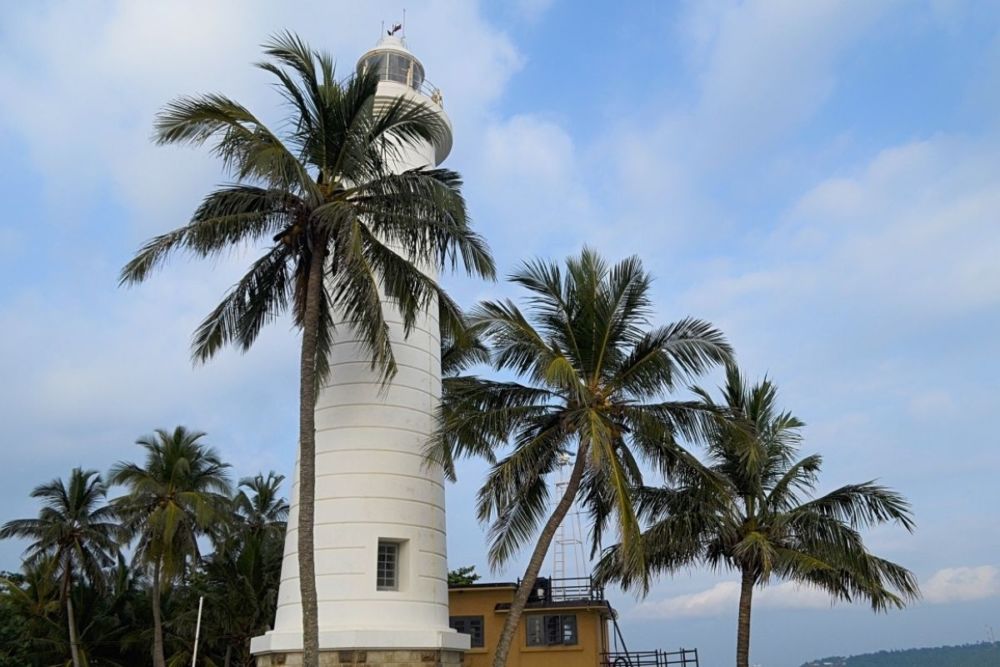 Standing sentinel since the 1900s, the elegant 27-metre lighthouse is another landmark of Galle and today a must-visit selfie point. At the southernmost corner of the Fort, a rocky outcrop juts out of the sea—Flag Rock. It stood as a former Portuguese bastion that signalled the approaching ships of the minacious rock boulders, and many a time fire thundering shots to warn the ships of the lurking danger. In the present day, swashbucklers engage in cliff-jumping during the daytime and stay to catch the Sri Lankan sunset along the cliff-side.

The cobbled lanes bring you to old heritage buildings, some revamped, some made new using the local architectural vernacular to hold on to colonial nostalgia. And once familiar with one set of sights, the story inside transforms again to a stunning ensemble of retail therapy. 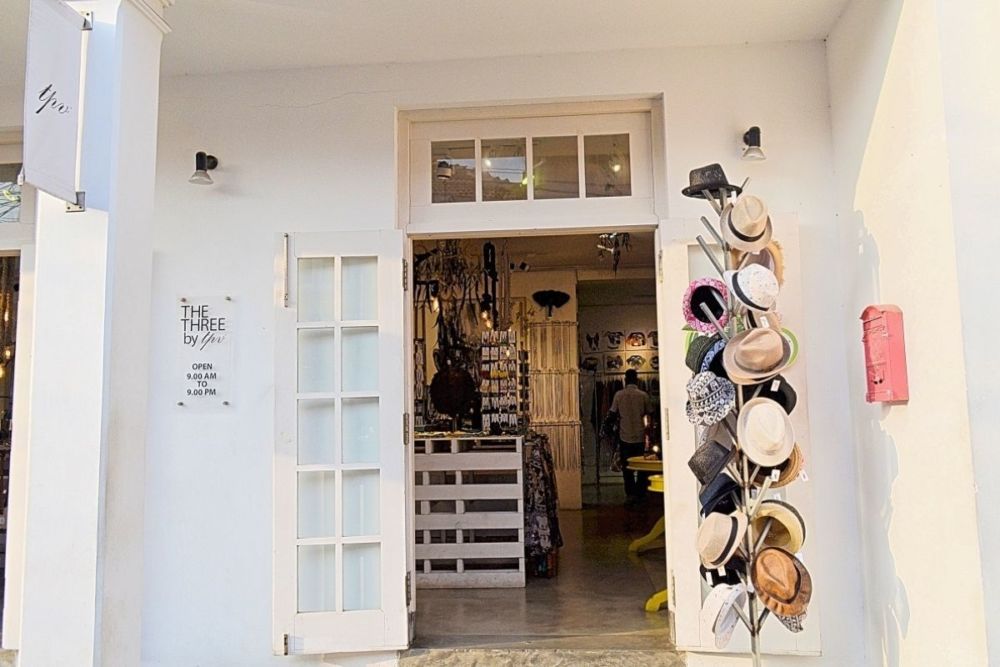 The Three by TPV

If you are looking for stunning designer wear and colourful accessories, Three by TPV will have you covered. This lifestyle store also features homewares and a wonderful selection of home decors, light installations, and artefacts by a Swedish-Latvian trio—Thomas Elbaum, Patrick Österman, and Vadim Stepanoff—who are also the proprietors of the TPV Estate. Handcrafted bamboo earrings, jute bags, pure cotton scarfs, and linen wear are must-picks. 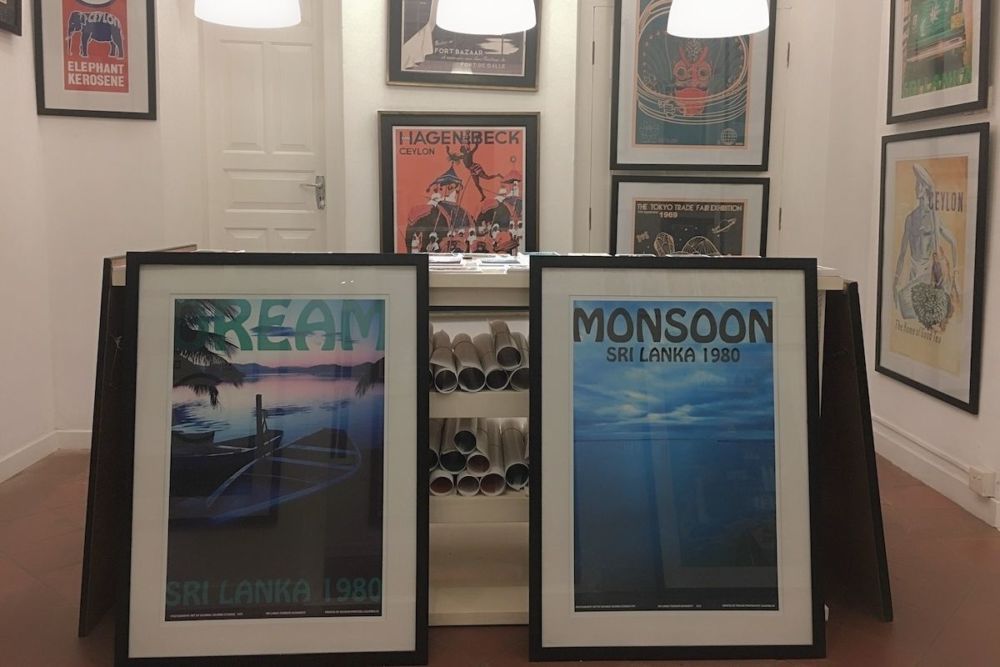 Art connoisseurs and collectors of the avant-garde would come to Galle looking for the ultimate collection of vintage posters at Stick No Bills. Founders Meg Williams and Philip James Barber wish to spread the rich heritage and natural beauty of the island by remastering limited-edition prints.

A walk inside the store is like strolling through a mid-century modern art gallery in posters. The posters come in various sizes to celebrate the bygone Ceylon. And behind such a beautiful branding is an intention most thoughtful—a part of the sale proceeds goes to the Sri Lanka Conservation Society, committed to protecting the endangered.

Singapore: A neighbourhood guide to Little In... 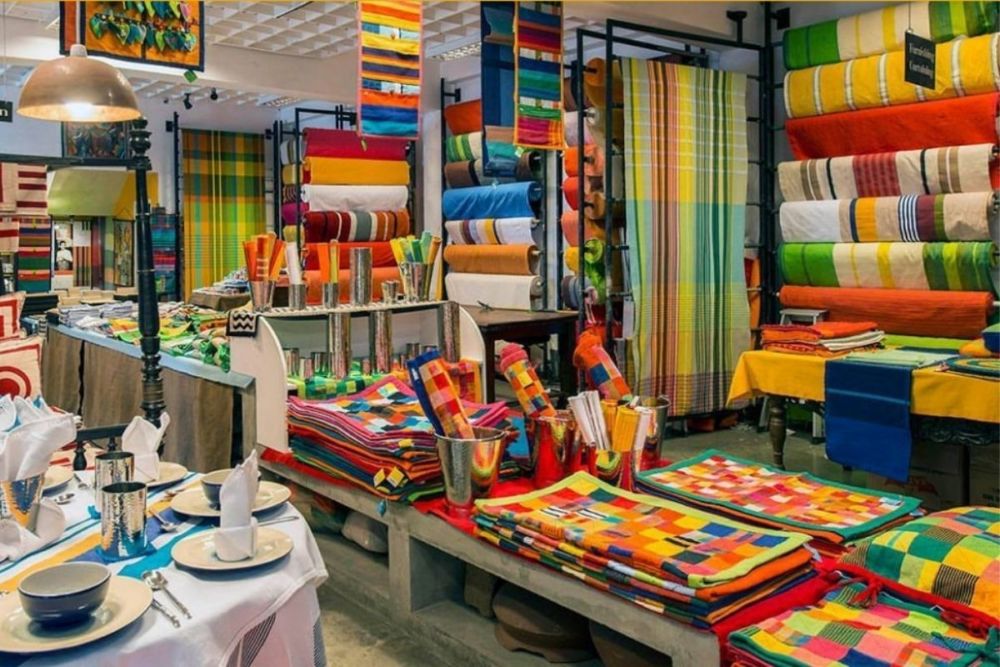 If bright-hued handloom sarongs, pure linen shirts, and fabric jewellery define your style, head to Barefoot, an iconic Sri Lankan chain store that celebrates the best textiles and weaves of the island nation. The brainchild of designer Barbara Sansoni, Barefoot is born out of her love for the diminishing craft of weaving.

Hand-spun cotton and linens washed in natural dyes are further weaved into bags, table cloths, runners, blankets, soft toys, clothes, and fabric jewellery. Barefoot textiles can also be bought by the metre, for both tailoring and household use. 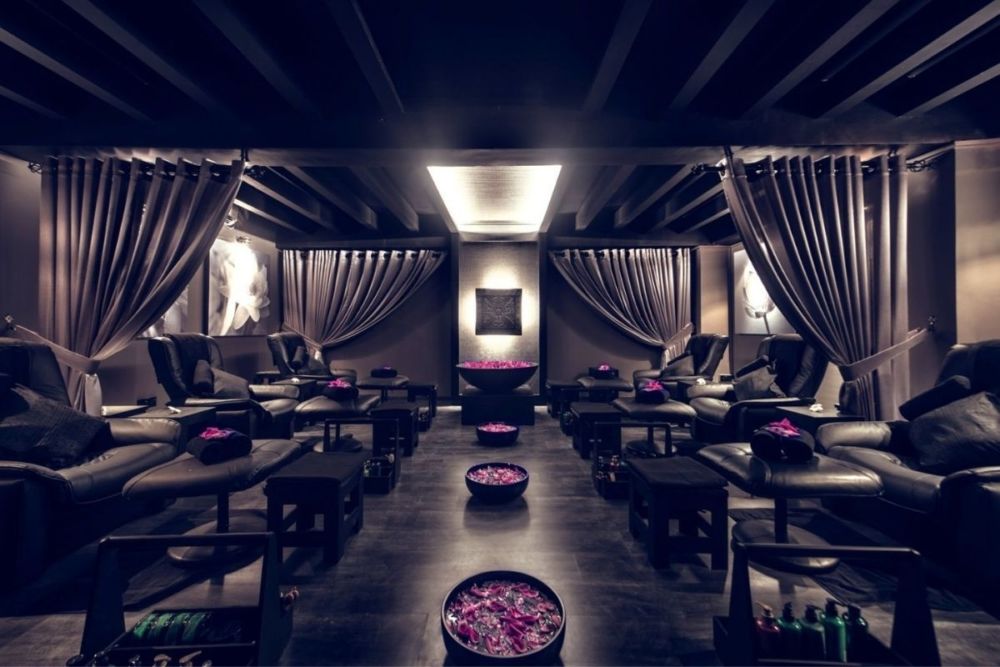 The Galle Fort Spa Ceylon is laid out so prettily, it almost feels like a royal citadel scented in sandalwood, lemongrass, rose, frangipani, magnolia, and many such tropical blooms. 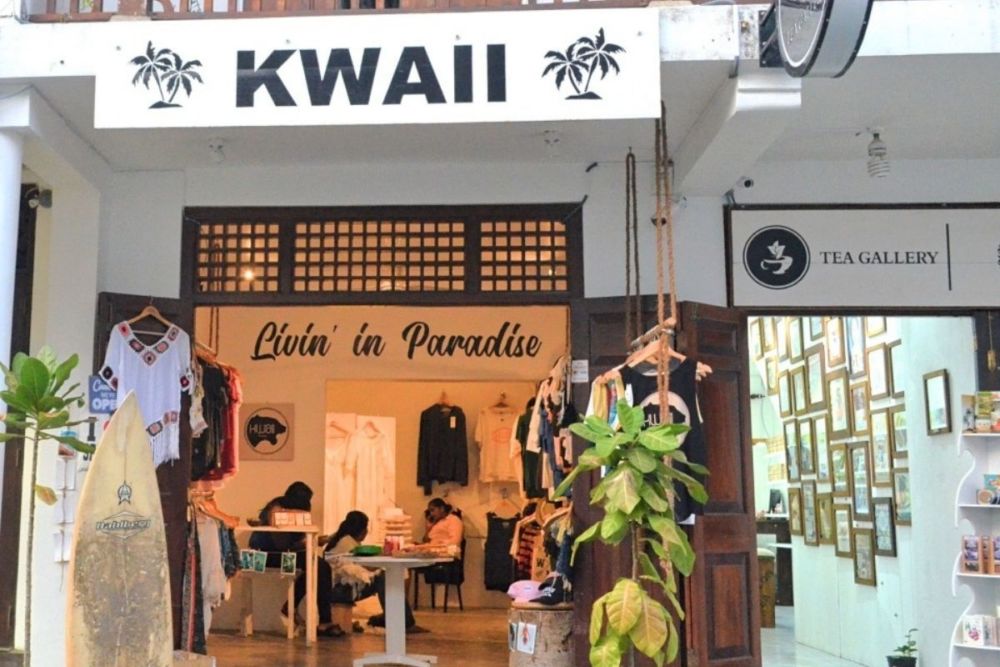 Kwaii is the city’s only address for surfwear, a concept by a French nomad-entrepreneur who fell in love with Sri Lanka while visiting with his children on a surfing trip. It is the place to go for surfers from all over the world who came to ride the warm swell of the Indian Ocean and are on the lookout for comfortable surfing gear.

Kwaii’s clothing reflects the love for the ocean and blends surf with art, music, and fashion. If surfing is your thing, or you like to simply bask in the joys of being outside and in the water, then Kwaii is should definitely be on your radar. 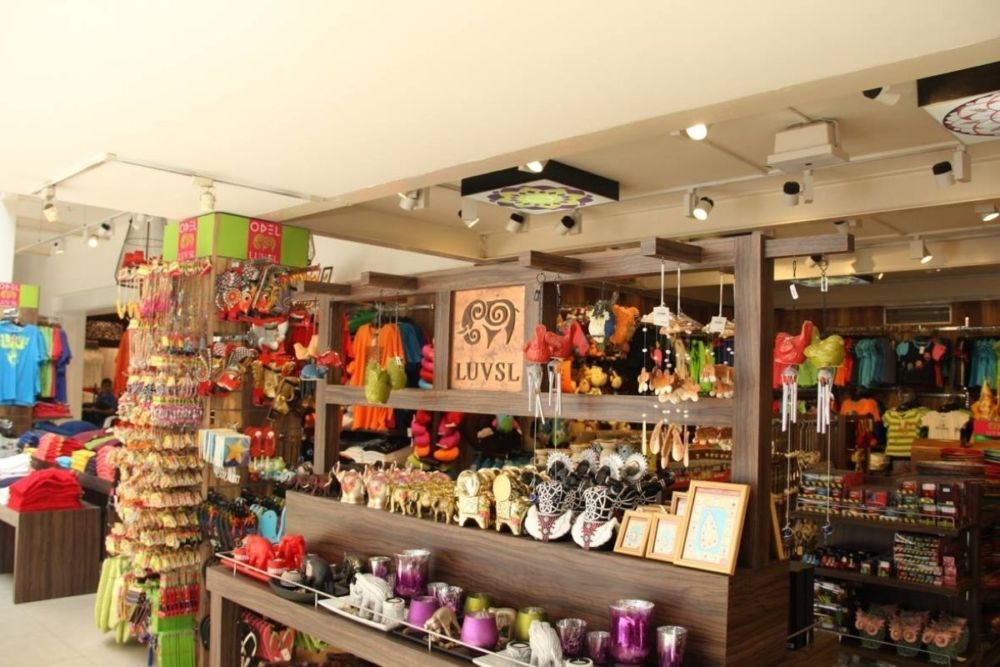 The Odel store takes pride in handcrafted “made in Sri Lanka” products—a great place to stock up on boho-chic wearables, teas in gift collections, handcrafted wooden masks, and other souvenirs from a whole range of artists and designers. Spend a leisurely afternoon browsing, wandering, and buying keepsakes for friends and families back home here. 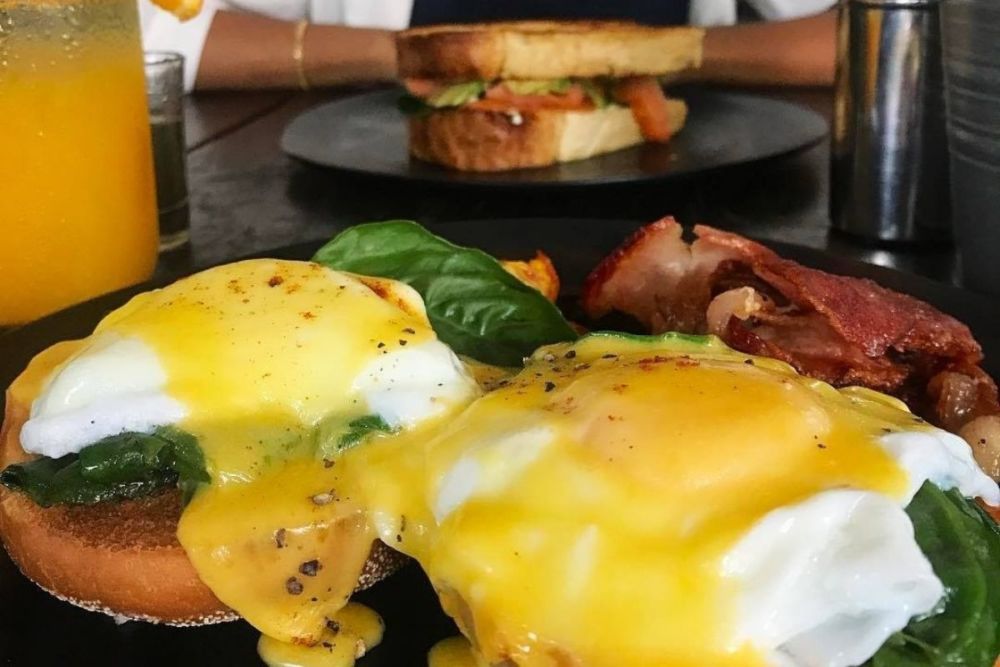 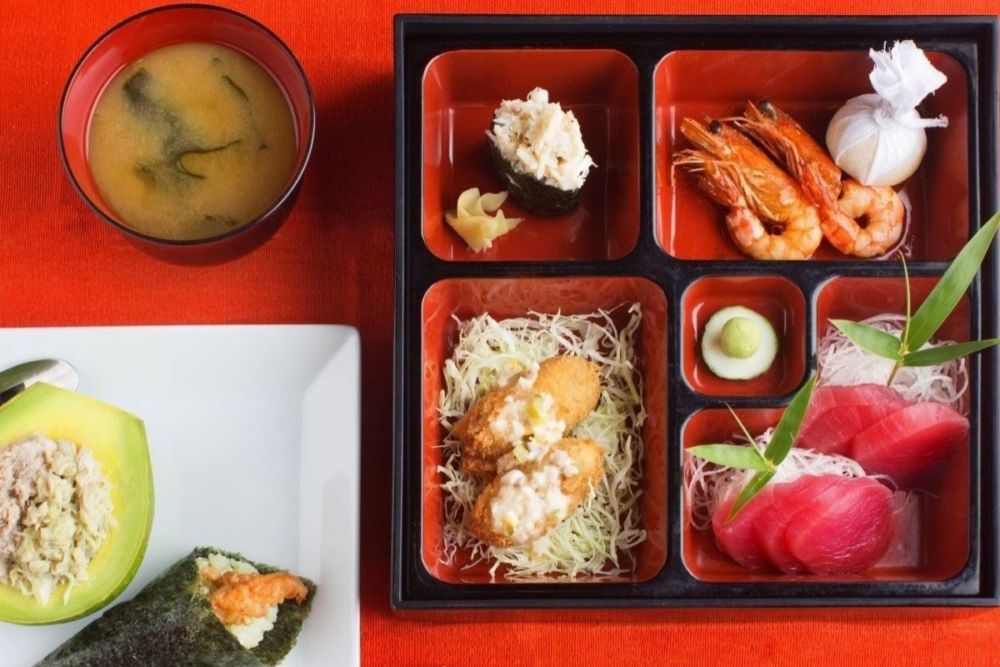 The Tuna and Crab

If you’re a fan of Asian fare, then The Tuna and Crab is your best bet. The casual fine-dining restaurant features an open kitchen that cooks with its star ingredients—tuna and crab. The avant-garde Japanese restaurants of modern Tokyo were a major influence in the design of the space, which is located in one of Galle’s oldest buildings. Don’t miss the nigiri and fresh sashimi—part of the sushi assortment box. The garlic chilli crab tossed in a fusion of Mediterranean and Japanese flavours is sure to put a smile on your face. 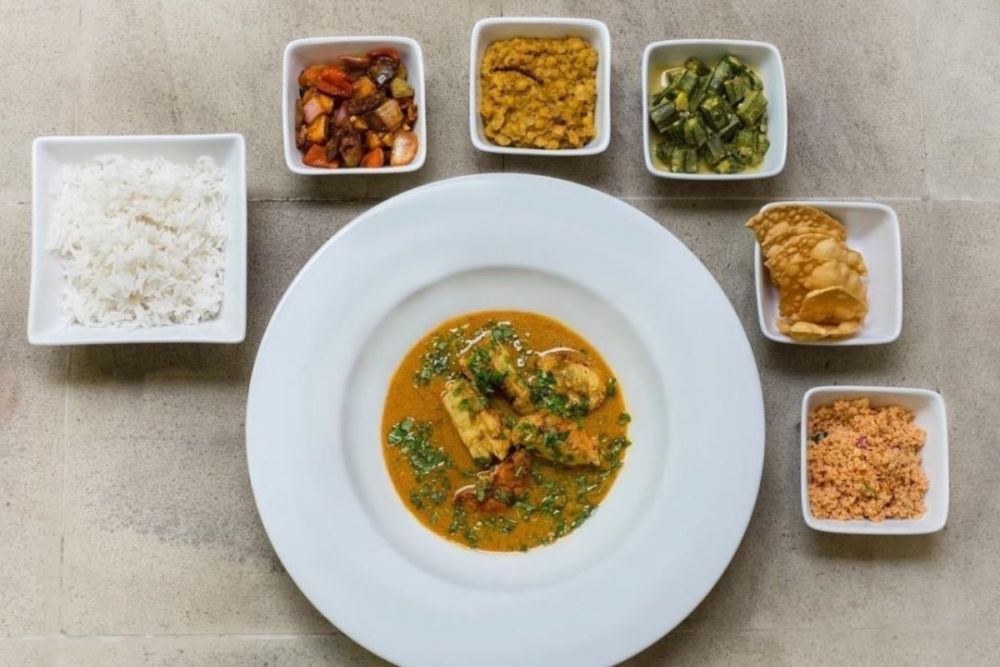 Fort Printers, an eighteenth-century British mansion turned printing press, has been revamped into an elegant private hotel. Each corner of the property oozes elegance, and the chic décor is much loved by design-savvy travellers. But the real draw here is the food, a step ahead of traditional Sri Lankan cuisine. Seared yellow-fin tuna steak, lobster curry with basmati rice, and coconut sambal and grilled jumbo prawns are some of the star dishes priding on local produce and fresh ingredients. 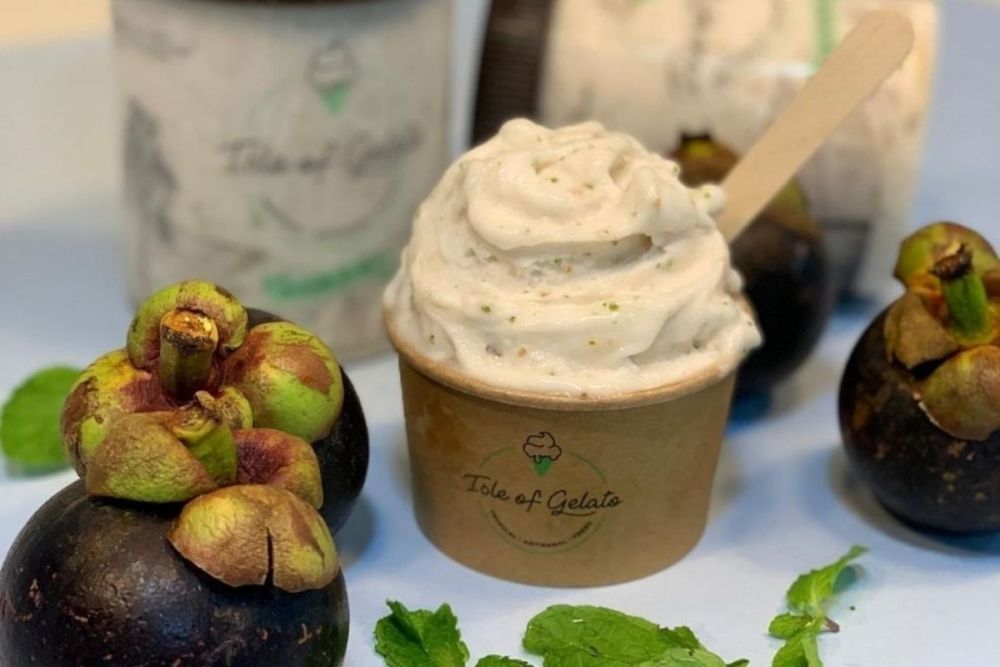 Beat the scorching island heat by gorging on a range of Sri Lankan homemade gelatos and vegan sorbets at the Isle of Gelato. Although you could always cool off with king coconut and refreshing punches in cafés and bars, artisanal gelato made of locally sourced produce are arguably a better option. The out-of-the-box flavour selection includes buffalo curd, coconut milk, Ceylon tea, turmeric, cinnamon, cardamom, Puttalam sea salt, tamarind, wood apple, jackfruit, and mangosteen. 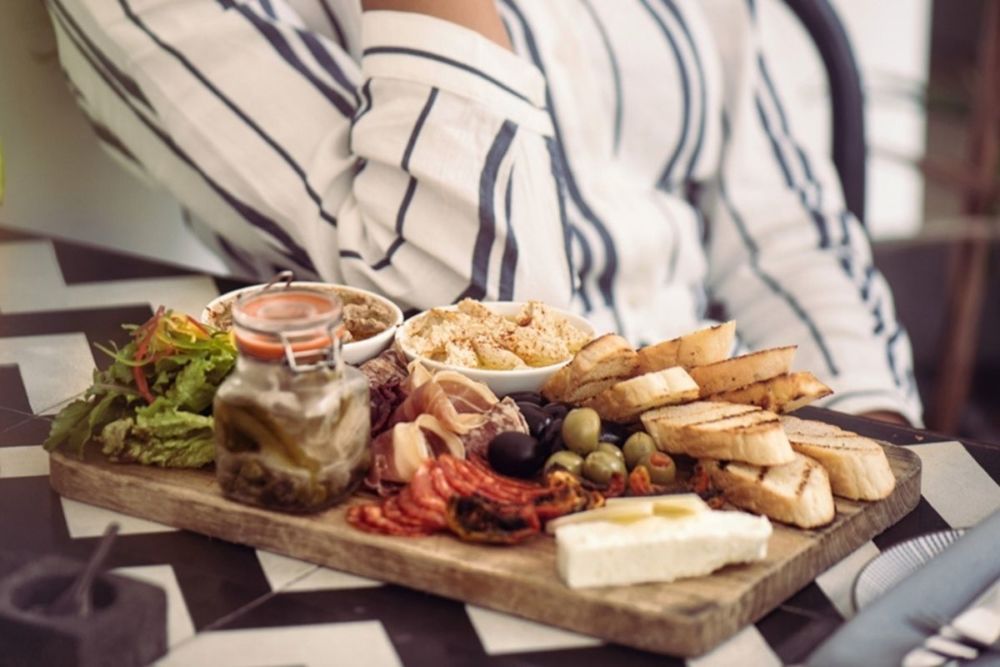 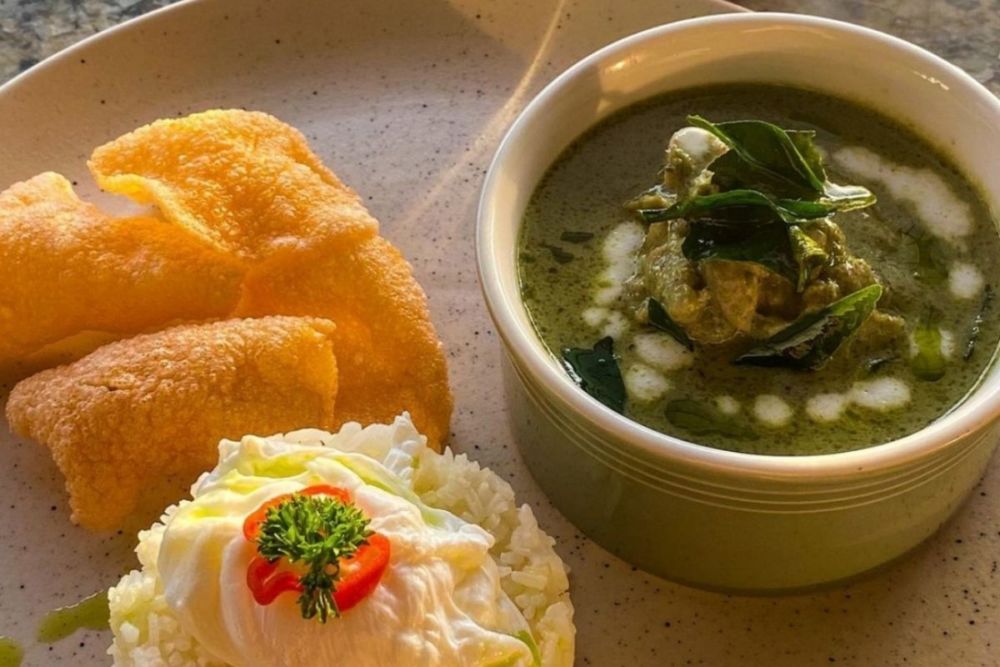 A Minute by Tuk Tuk 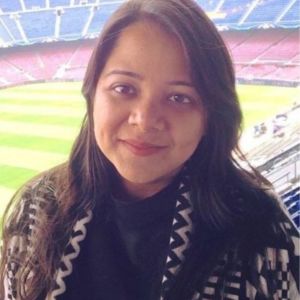 Satarupa Mitra Datta has dashed off scripts for television channels for a long time in her career stint until wanted to interpret the world through her travel stories. On days she is not working, shouldering her camera backpack, she flies off to new destinations in the hunt for cultures, landscapes, gastronomy, art, and frames that tell stories.