By Sarah Moran 29 November 2018
share:
Ah, Christmas. That time of year when life takes on a festive purpose, boosted by sentimental accoutrements. With less than a month to go before the merry day, we’re knee deep in the panic-buying-and-preparing-for-Christmas season. So whether you're looking for a mega dose of the holiday spirit, or in need of a break from all the gift shopping and shenanigans, Netflix has got you covered with plenty of tears and laughter-inducing flicks. From festive classics to the cheesiest holiday specials, we've whittled it down to the best on offer this year. Get the popcorn ready! As far as classic Christmas movies go, there is none more cherished than Home Alone. In the unlikely event that you've never watched this Christmas classic, the story follows eight-year-old Kevin McAllister as he gets up to all sorts of mischief, including laying a series of traps to snare two cunning burglars, when he’s accidentally left home alone over the Christmas break. Who could forget the scene where Kevin scares away the Pizza delivery boy by pretending to be a gangster? There hath never been a scene more iconic than when Kevin mimics Gangster Johnny from a movie that was playing, saying, "Keep the change, ya filthy animal", and actually manages to scare away the delivery boy. Pure gold! Just one year after being left home alone and having to defeat a pair of burglars, Kevin McAllister finds himself Lost in New York, accidentally separated from his family who boarded a plane to Florida. He once again sets out to enjoy himself to the max, even checking into a luxury hotel with his Dad's credit card. Unfortunately, Kevin's plans are derailed when he finds the burglars from last year toiling not far behind, plotting to rob New York's biggest toyshop on Christmas Eve. And the adventure begins... The Polar Express ticks all the boxes for Christmas fanatics, with reindeer, elves, and a whole lot of snow. Wrestling with doubts about the existence of Santa Claus, sceptical Hero Boy boards the magnificent Polar Express to Santa's realm on Christmas Eve. He embarks on an adventure of a lifetime to the North Pole, in a journey of self-discovery sprinkled with plenty of family-friendly magic and Christmas spirit. The Nightmare Before Christmas

Hollywood's most unlikely Midas, Tim Burton, gives Christmas a dark and jolly twist in the appealingly macabre movie, The Nightmare Before Christmas. Jack Skellington, the spindly king of Halloween Town, decides he’s had enough of Halloween and its same old scare-and-scream routine. After a chance visit to Christmas Town, Jack decides that he will stand in for Santa this Christmas, and thus plots to kidnap him and deliver ghoulish gifts to children on Christmas morning. This beautifully realised confection will delight audiences of all ages. If you've been feeling a little chillier lately, it might not be due to the drop in temperature or the rain, but rather, the void in your evenings after you've binge-watched the entire series of Netflix's popular Sabrina revival, Chilling Adventures of Sabrina. If that's you, we've got some good news – on December 14, Netflix will be dropping a bonus holiday episode of the witchy teen drama! As the winter solstice approaches Greendale, the covens gather around the Yule Fire to tell ghost stories and sing pagan carols. And since the veil between this world and the next is at its thinnest during winter solstice, Sabrina conducts an emotional séance to try and contact her dead mother. But things don't always go according to plan, and the heartwarming season takes a chilly turn... If the summer of fairytale weddings has left you in dire need of some more royal romance, then The Princess Switch is the film for you. When a down-to-earth Chicago baker and a soon-to-be princess discover they look exactly alike, they hatch a plan to trade places. From a contrived reason to cross paths with the royal family, to the vaguely British accents and fictional country, Montenaro, this gem has all the cliché makings of a royal romance film. This cheesy, feel-good movie is perfect for holiday season sappiness. Office Christmas Party is a raucous comedy film that fully revolves around the epic, life-changing, do-whatever-you-want party cinematic trope. When his uptight CEO sister threatens to shut down his office branch, branch manager Josh Parker comes up the most rational solution – throw an epic office Christmas party to land a big client and save the day. However, matters start to spiral out of hand (as it always does when there's alcohol involved), and the party starts to turn into one that threatens to put the "X" in Xmas. Read More! Find out what's happening around town in our What's On section. 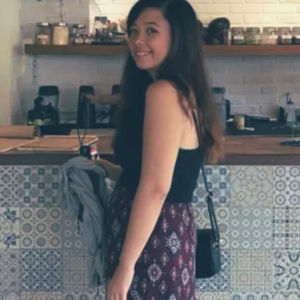 Tags:
What’s on Things to do Culture Cinema & television christmas things to do
share:
chevron_left
What’s on 5 Amazing Shows Not to Miss at KidsFest! Festival 2019
What’s on Headline Of The Week: Chinese Scientist is Genetically Modifying Babies
chevron_right