Mid-Autumn in the Metropolis

By Localiiz 13 September 2013
share:
September 13 2013 It’s that time of the year again when many families head down to Victoria Park, stuffed with mooncakes and lanterns at the ready. Yes, the Mid Autumn festivities are upon us, and soon everyone will be indulging in all the star gazing and merrymaking that surround the occasion. But what’s the history behind the age-old traditions and how is the festival celebrated differently today? In this guide to Mid-Autumn in the Metropolis, we give you the lowdown on the historical, traditional and modern side of Hong Kong’s Mid-Autumn Festival. 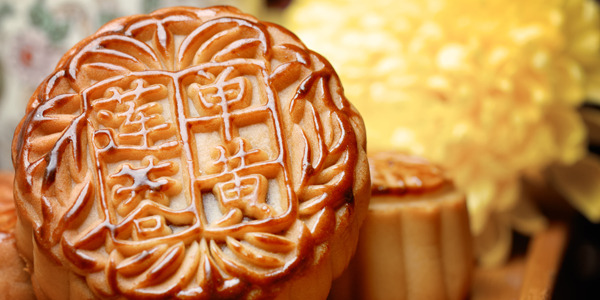 Many Moons Ago The Chinese have been celebrating the Mid-Autumn festival, which falls on the 15th day of the eighth lunar month, since the early Tang Dynasty (618- 907). Traditionally, people would make offerings of alcohol, fruit and other foods to express gratitude to the gods for a bumper harvest. The occasion also coincides with a full moon, hence the mooncake gifting. While accounts of when and where mooncakes were introduced to the festival differ depending on the fable, the method of enjoyment remains unchanged. The Chinese delicacies are not to be devoured whole by one person, and even the most enthusiastic mooncake muncher must share their spoils as a part of the Mid-Autumn spirit. Some especially auspicious participants say the cake should be cut into eight, the Chinese lucky number.     Modernising Mid Autumn Today, the lunar festival is marked in Hong Kong with lots of urban fun that fuses the old and new. Multi-coloured lanterns, glow sticks and mooncakes meet full moon parties, yoga workshops and marathons in this truly timeless festival. 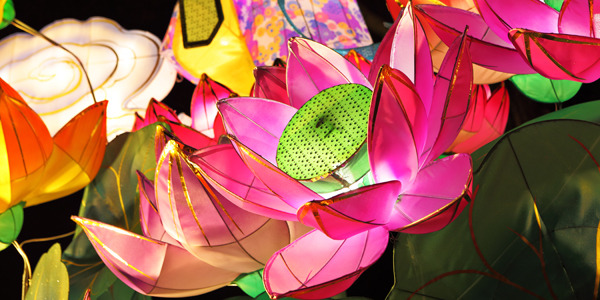 Victoria Park’s Lantern Wonderland In step with Chinese tradition, you can still light your lanterns and dangle them under the moonlight at Victoria Park. Only this time, the park will be transformed into one2free Lantern Wonderland, complete with a 10-metre high LED ’Rising Moon’ fashioned out of recycled plastic bottles. Dubbed a the 'spherical playground of light and sound', the dome will use different light effects to imitate the lunar phases. There will also be a buzzing night market with tasty treats, souvenirs and workshops, as well as the ever-popular Wishing Corridor, the Urban Mid-Autumn Lantern Carnival and the Tai Hang Fire Dragon dance (September 19th, 10.45pm). The wonderland is set to sparkle every evening between September 14th and 22nd.     Tai Hang’s Fiery Fiesta If you miss the dragon in Victoria Park, head down to Tai Hang and see the spectacle any night between the 18th and 20th. The tradition of the Tai Hang Fire Dragon Dance dates back to the 1880s, when the small Hakka village faced off a deadly plague by performing the ceremony and burning firecrackers. In an impressive display of skill, Tai Hang residents will re-enact the fiery ancient ritual with a 300 performers and 67-metre long dragon!     Full Moon Marathon If you’re feeling energetic or just looking to work off all those mooncakes, enter the Full Moon Night Run at Aberdeen Country Park and explore Hong Kong’s hilly terrain on a 5km, 11km or 18km trail on the 19th of September.     Party Time Later in the evening, retox at the Full Moon Party at Ozone, kicking off from 10pm on the September 19th. Sip your way through a specially-designed Mid-Autumn cocktail list while soaking up the breath-taking views from the highest bar in the world.     DIY Mooncakes Instead of spending all your hard-earned cash on buying monstrous amounts of mooncakes, why not learn how to make them yourself? Enrol in Hong Kong Culinary Academy's Mooncake Making workshop and learn the tricks of the trade from a one of Hong Kong’s top pastry chefs.

Make it a memorable Mid-Autumn Festival and go all out this year!