Take a Hike: How to hike the Olympic Trail (Tung Mui Ancient Trail)

Lantau Island has no shortage of remarkable natural splendours, family-friendly activities, and challenging hikes. However, not all weekends need to be designated leg days, and if you are looking for a hiking trail that’s both short and sweet, with the right amount of stunning views and light exercise, then the Olympic Trail might be just the thing for you. Follow us as we tackle the Olympic Trail on Lantau Island, also known as the Tung Mui Ancient Trail. 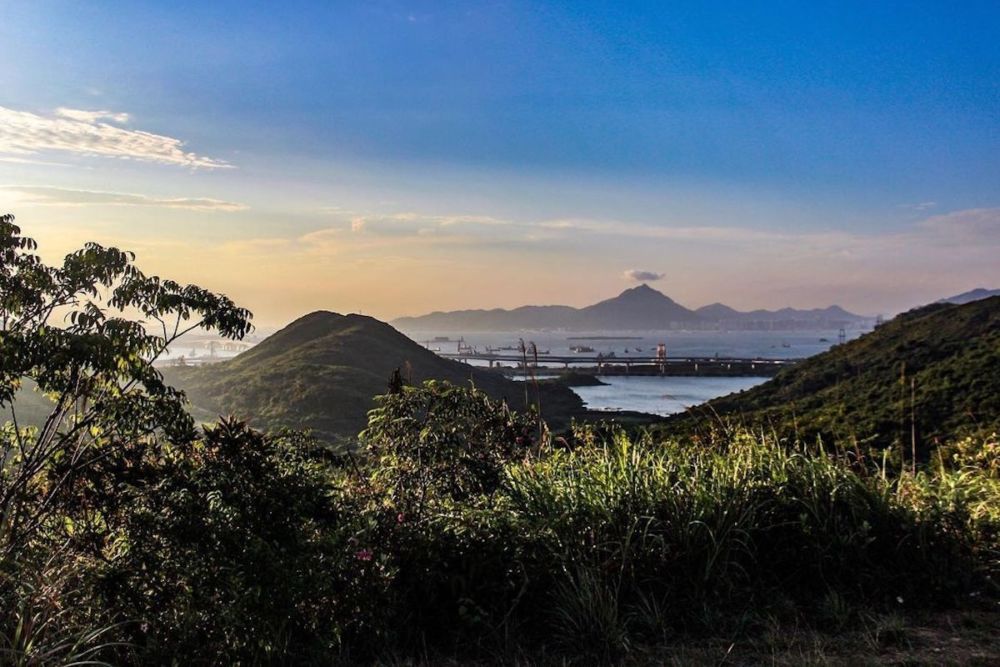 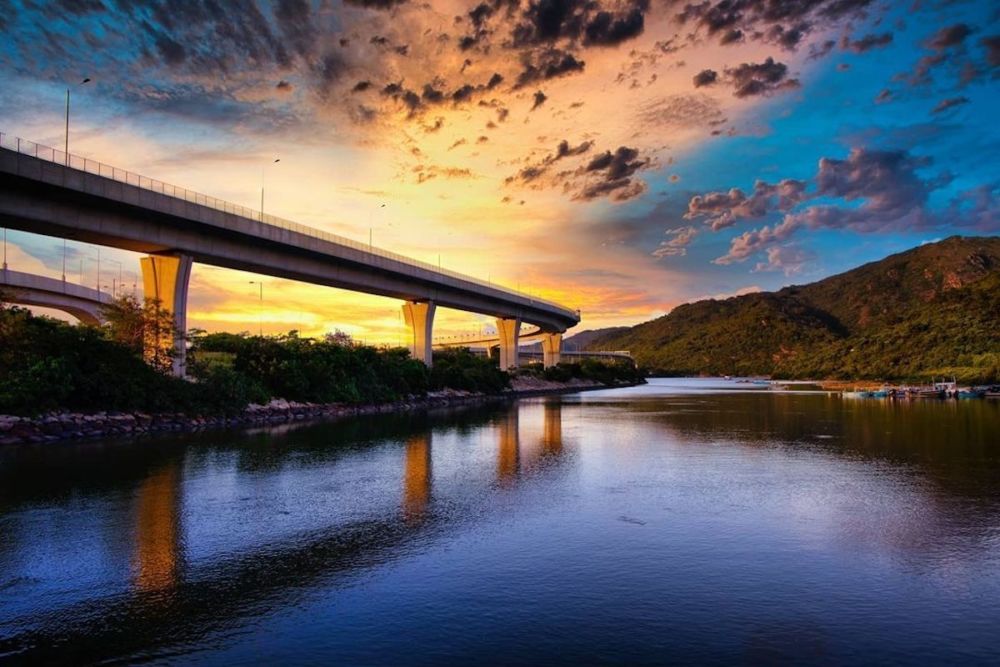 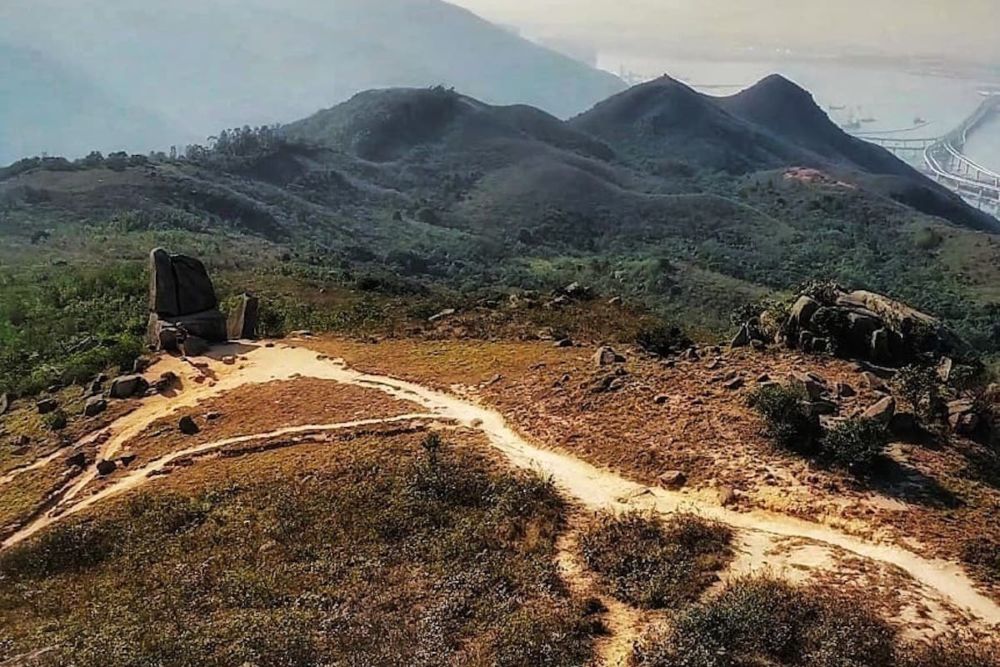 The Olympic Trail is part of the Tung Mui Ancient Trail that connects Tung Chung and Mui Wo. The 5.6-kilometre section between Pak Mong Village and Mui Wo was renamed the Olympic Trail in 2008 to honour Hong Kong’s hosting of the Beijing Olympic Games’ equestrian events. Though the Olympic torch never passed the Olympic Trail, hikers can find plaques and memorabilia for different games held during the Olympics, from badminton to shooting and athletics.

Though shorter and with less elevation than other popular country trails, the Olympic Trail offers a quick getaway from the bustling city and a clear panoramic view of Lantau’s breathtaking waterfronts and idyllic nature. What makes this quick escape unique is its accessibility and its short length. Its entrances are only minutes away from urban areas, and there’s no need to worry whether it’ll be too long for anybody.

You can hike the Olympic Trail (Tung Mui Ancient Trail) from either Tung Chung or Mui Wo. For the purpose of our guide, we will be starting the hike from Tung Chung and end the hike with a refreshing splash in the Silvermine Waterfall, some spelunking in the Silvermine Cave, and delicious beachside dining options.

Take a Hike: How to hike to Pineapple Mountai... 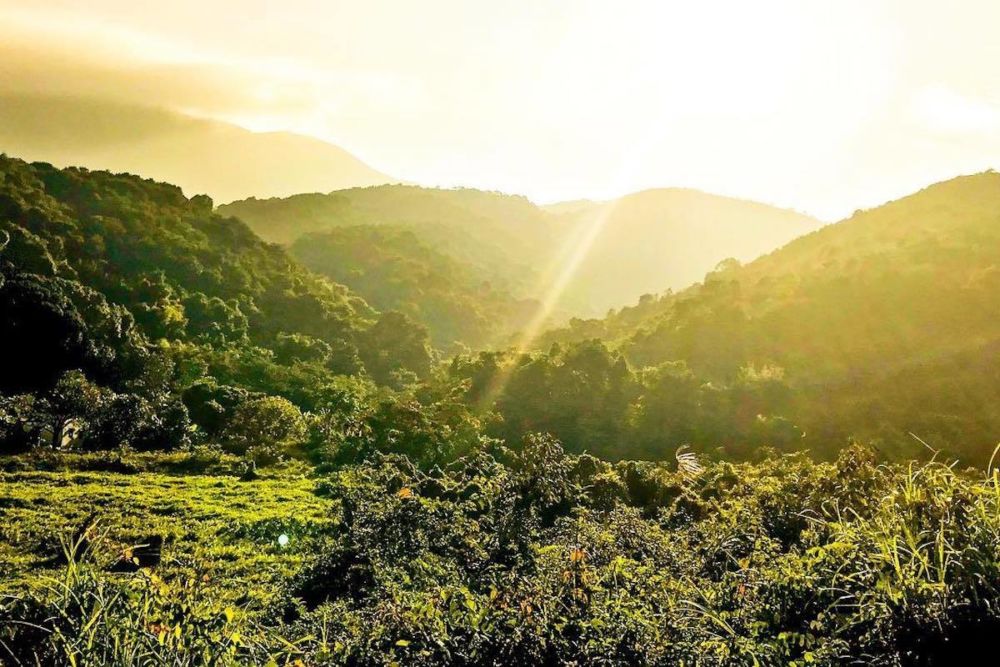 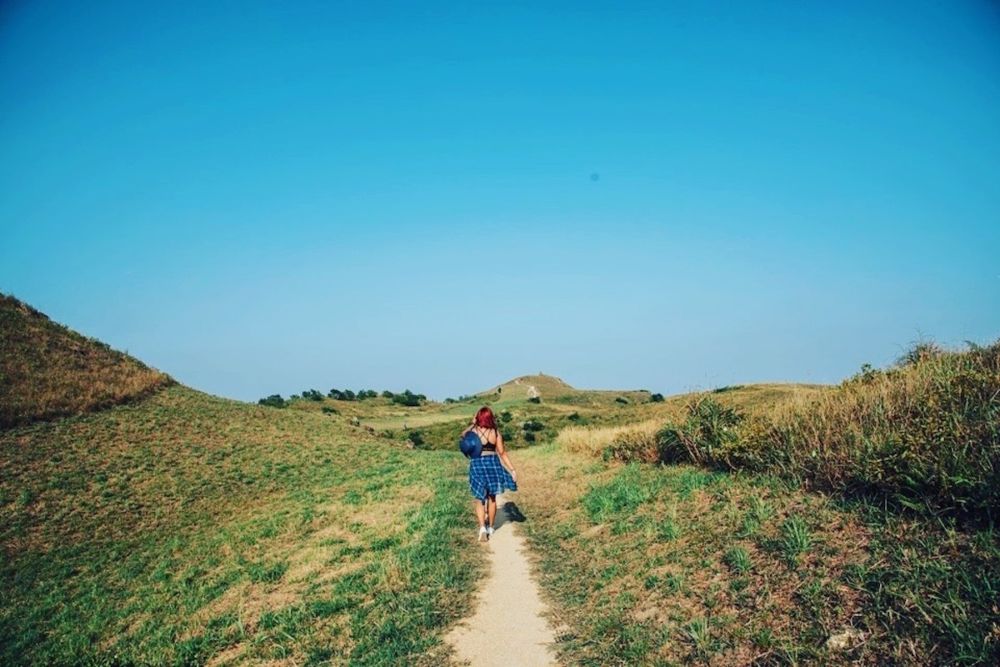 Starting from Tung Chung near the city centre, you will first head up to a series of steady climbs, then a relatively flat walk through the woods with a few junctions or merges with minor roads. After you walk past a rock creek, there will be more relaxing hikes with both trails and paved paths.

One striking feature though is the route’s proximity to the Hong Kong-Zhuhai-Macau Bridge. Once you reach a more open area after a few kilometres in the woods, the contrast between the nature around the trail and the megastructure makes the experience quite memorable. 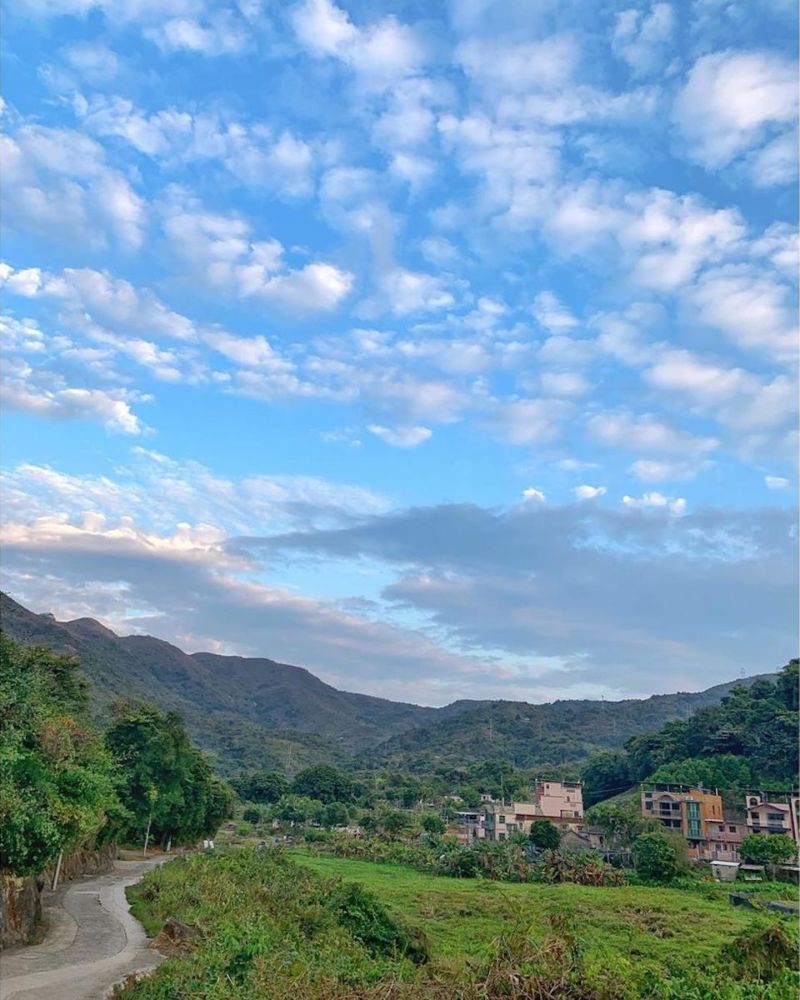 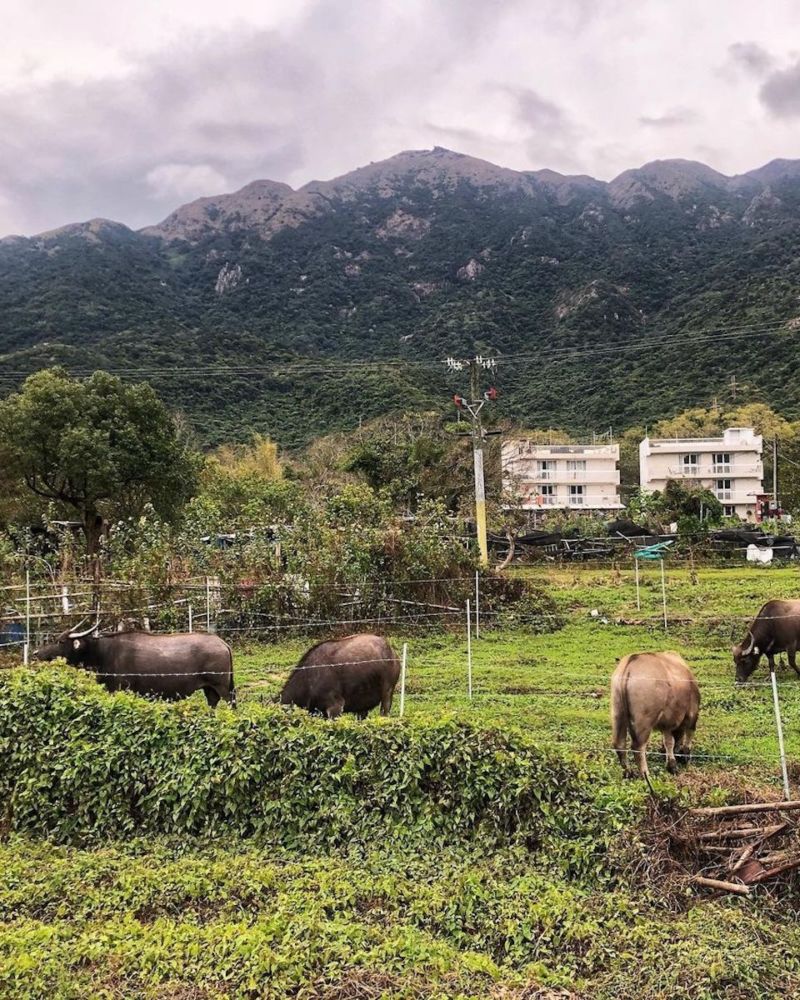 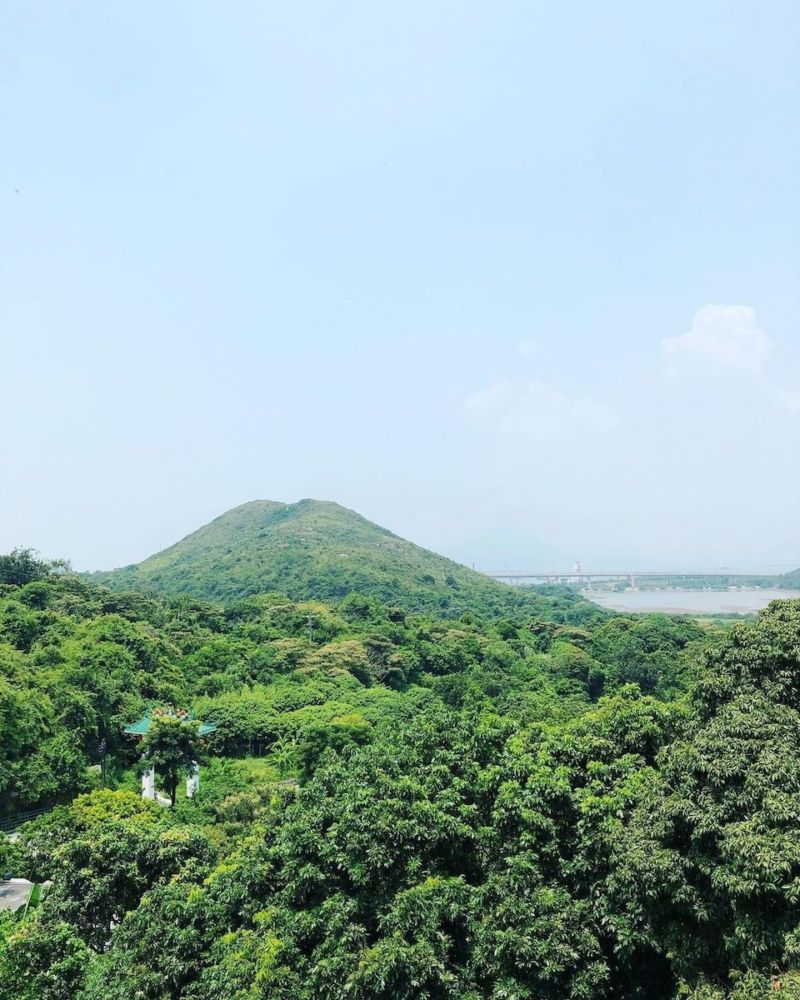 The Olympic Trail hike also contains different fragments of Lantau’s history, with different historical relics along the way. Midway through your trek, there is the site of an abandoned incinerator built in 1939 and the historical village of Pak Mong. The village’s watchtower once helped villagers defend against pirates and bandits, and became a school after the Second World War. The markings, still clearly visible, testifies to the well-preserved structure’s past. For history buffs, there are different signs amid the idyllic scenery illustrating the area’s colourful history. And for everyday hikers, enjoy the rare views of green farmlands and the surrounding nature. 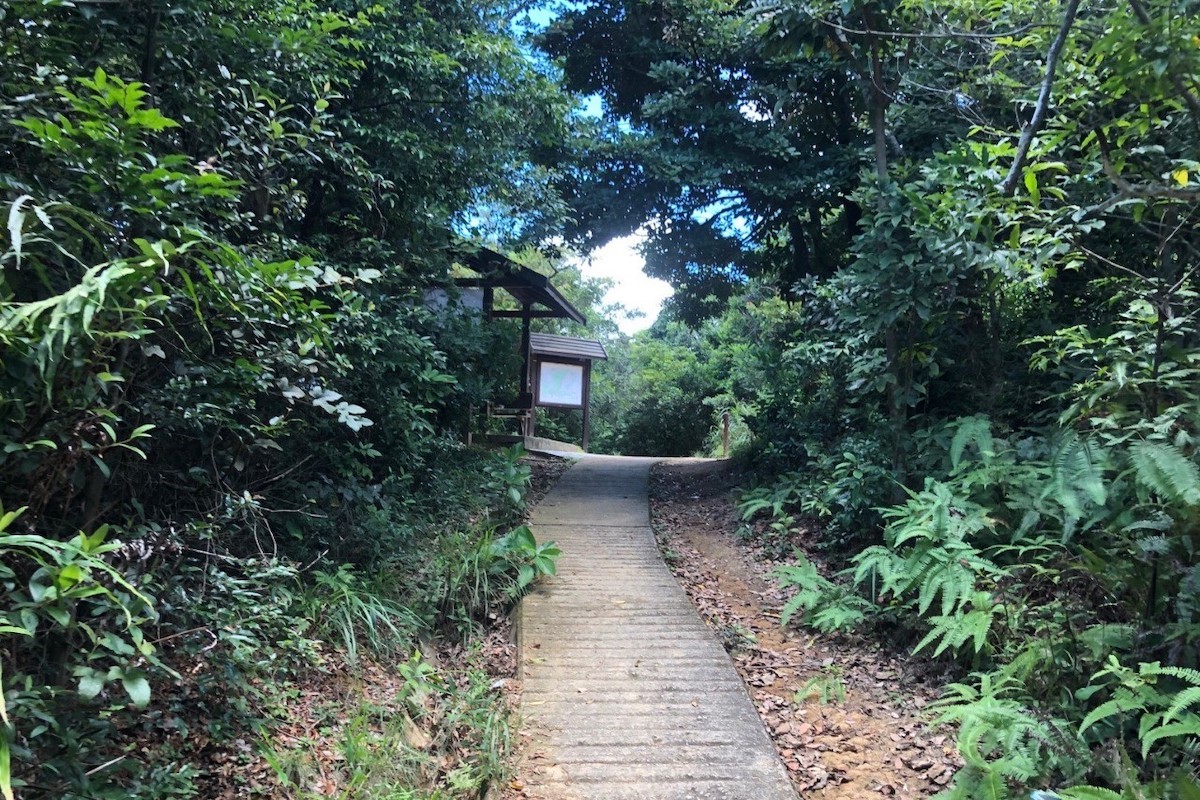 There are different junctions and routes on the trail for you to explore. Photo credit: Martin Šebeňa

As the route continues, there is a junction that leads to the formidable Tiger’s Head hike. If you’re looking for a good challenge, you can always take a detour and head up for the unbeatable view, but make sure you have the right shoes for the occasion. If you prefer to stick to your plan for Mui Wo, keep straight and pass more woods, a bridge, and pleasant green pastures. In case you feel lost, the trail is dotted by distinct markers to show the direction, each bearing the logo of the Beijing Olympics, so you will know whether you are on the right way.

Take a Hike: How to hike to Lau Shui Heung Re... 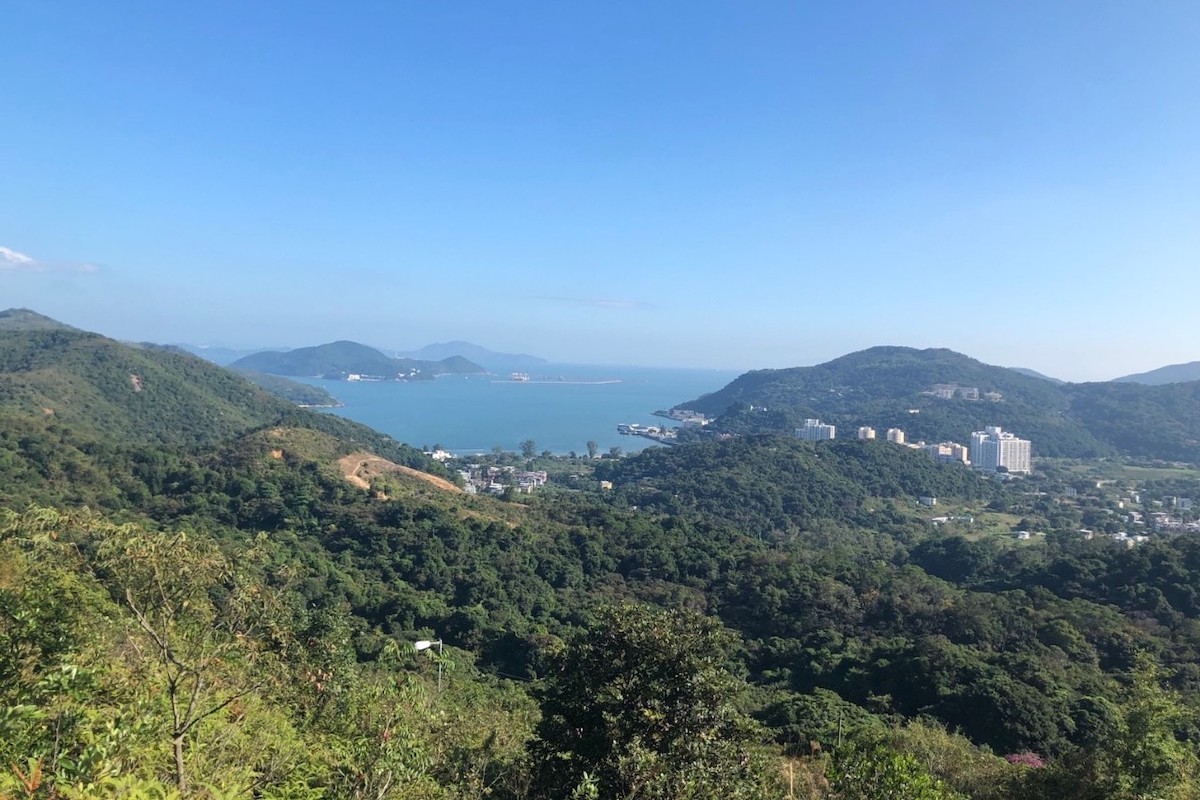 The dazzling view before the descent towards Mui Wo and Silvermine Bay. Photo credit: Martin Šebeňa

Take a moment to get dazzled by the breath-taking views from the Olympic Trail as you start your descent towards Mui Wo and Silvermine Bay. Follow the stairs with the long green handles and you will eventually reach a small pavilion with a marking on the ground. From here, you can visit the Silvermine Cave, which is the entrance of an abandoned quarry. Keep going from the pavilion and you can see a small waterfall—Silvermine Waterfall. Feel free to take some pictures and even wet your feet, but just remember to be careful. 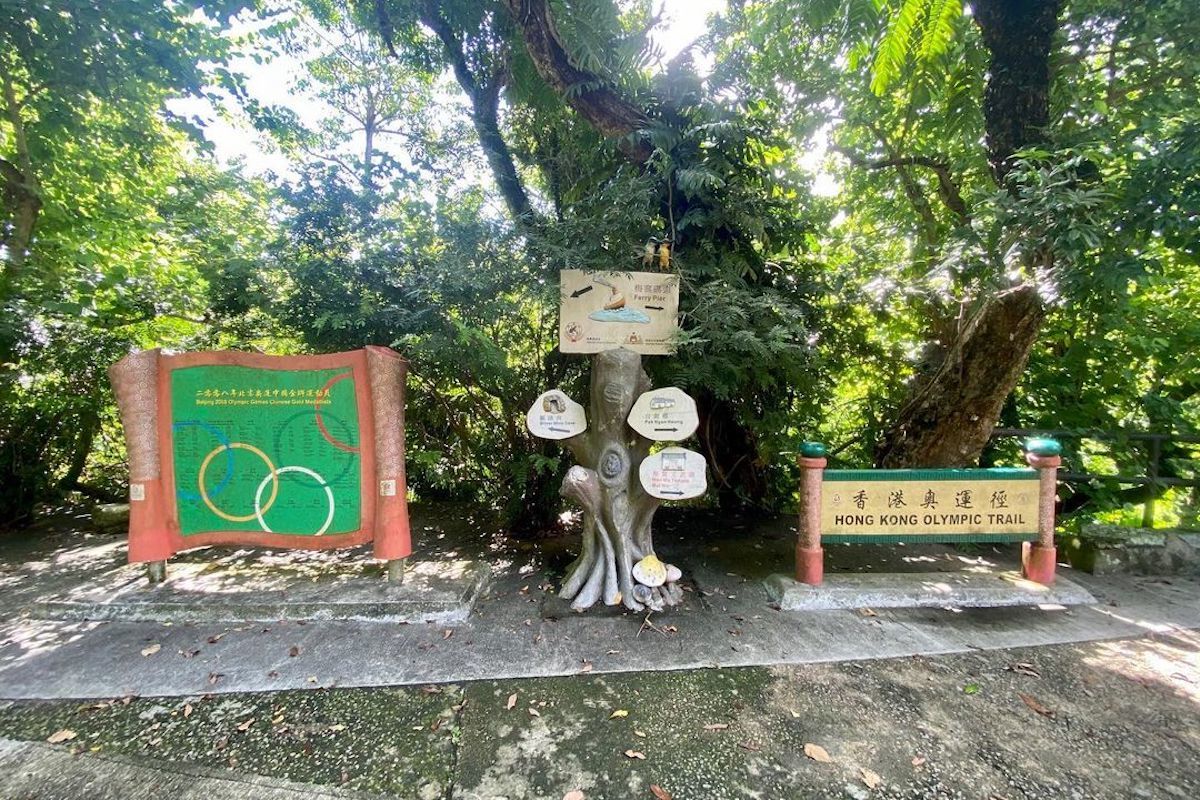 Signage for the Olympic Trail if you start in Mui Wo. Photo credit: @patrickplaw (via Instagram)

Once you reach the plaque with a cycling icon, you have reached the end of the Olympic Trail. Now, follow the path and you will reach the waterfront promenade of Mui Wo and Silvermine Bay. Visit China Bear to reward yourself with a nice cold one, or take a stroll around the town before heading back to the city by ferry or bus. 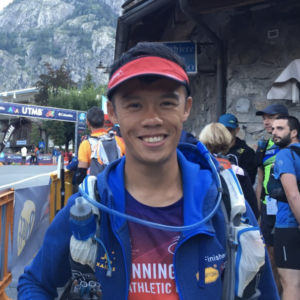 Thomas is a trail runner and a nature enthusiast. He is definitely up for a run, a hike, or an ultramarathon somewhere in the world. When he’s not too busy running, Thomas is probably reading up the news or finding the next artisan café or hottest craft beer joints in town. Right now, he just hopes that he will not be too out of shape by the end of Covid-19.

5 little actions to help you stay healthy in the city

Valentine’s Day 2020: Unique gift ideas for him, her, and them

Take a Hike: How to hike to Little Hawaii Waterfall via Razor Hill

10 most creative ways to kill time in self-isolation