Sheung Wan is where the Localiiz office resides, so you best believe our team has all its nook and crannies sussed out. As unapologetic foodies, we are also regularly on the lookout for good places to have lunch at. There are so many different cuisines to try out just within this small district, and plenty of options with reasonable price tags. Here are our top picks for lunch spots in Sheung Wan that won’t break the bank. Say hi if you bump into us at these locations! 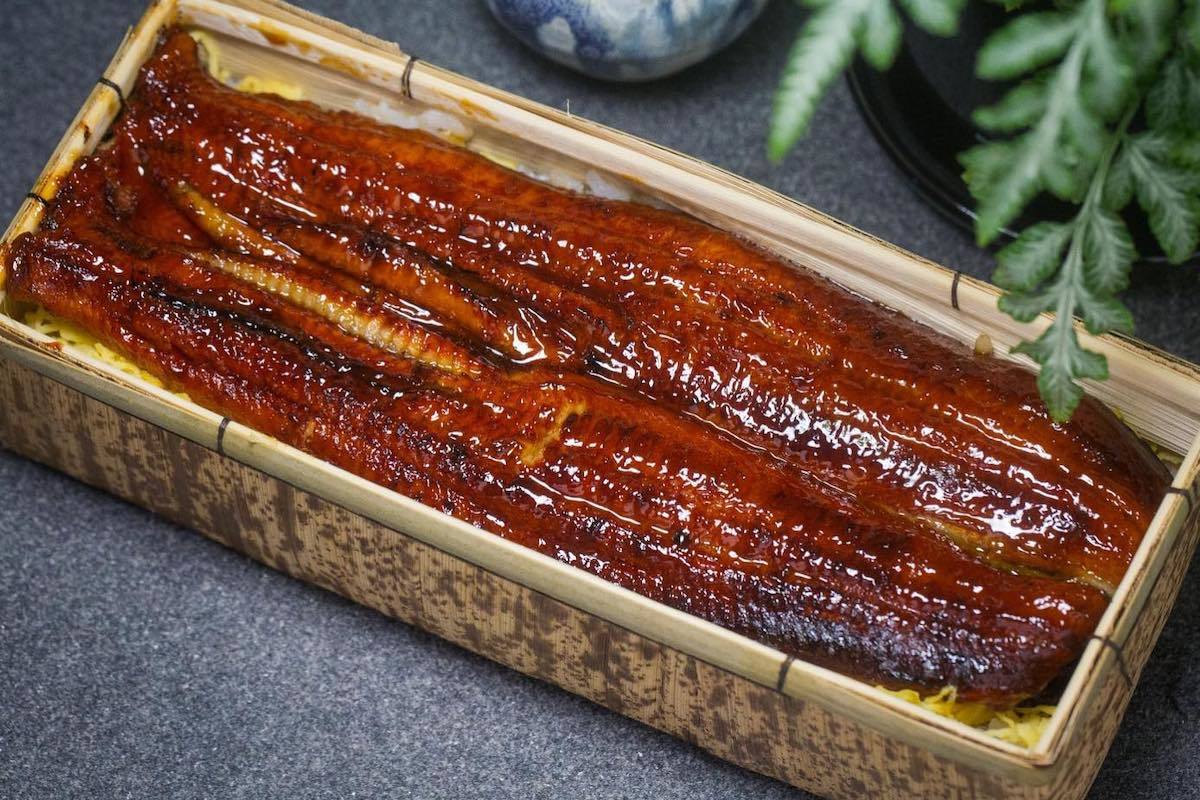 This newly opened Japanese restaurant does have seating, but considering how limited it is, we recommend grabbing one of their refined lunch boxes to go if you happen to live or work nearby. For something fresh, we like the negi toro rice box ($75), which comes topped with diced raw tuna belly and spring onion, or one of the excellent mixed sushi boxes (starting from $88). If you’re in the mood for something hot, try the grilled chicken or unagi rice box (starting from $85). 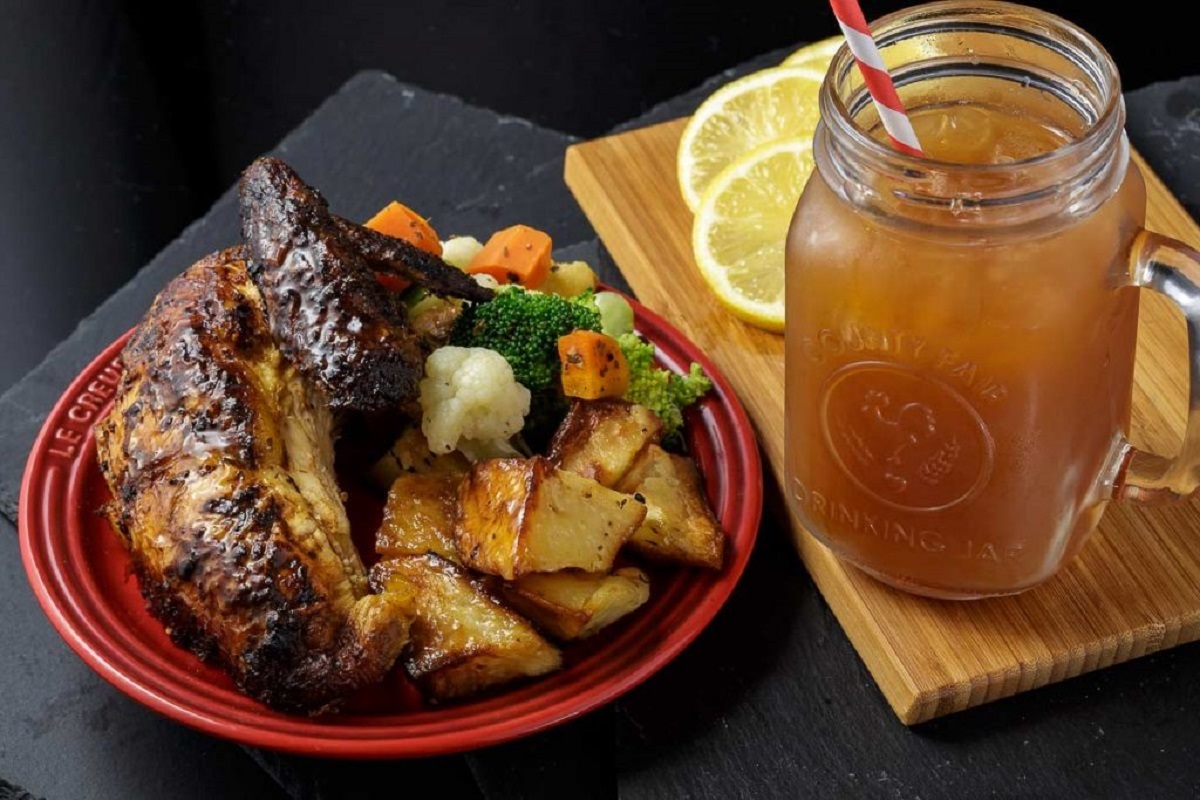 This little takeaway has drawn in local office workers for years with the irresistible scent of roast chicken—seriously, you can just follow your nose along Hillier Street instead of looking up the shop number—and turned them into regulars thanks to the affordable lunch sets. For $88, the best-selling set classic comes with a quarter of roasted chicken, a side dish, and either soup or iced tea; throw in an extra $10 and you can swap the chook for roast duck. Sharing with friends? Opt for the half or whole birds (starting from $148), which come with two or four side dishes respectively. For an easy, filling lunch on the go, the roast chicken sandwich ($62) is an excellent choice. 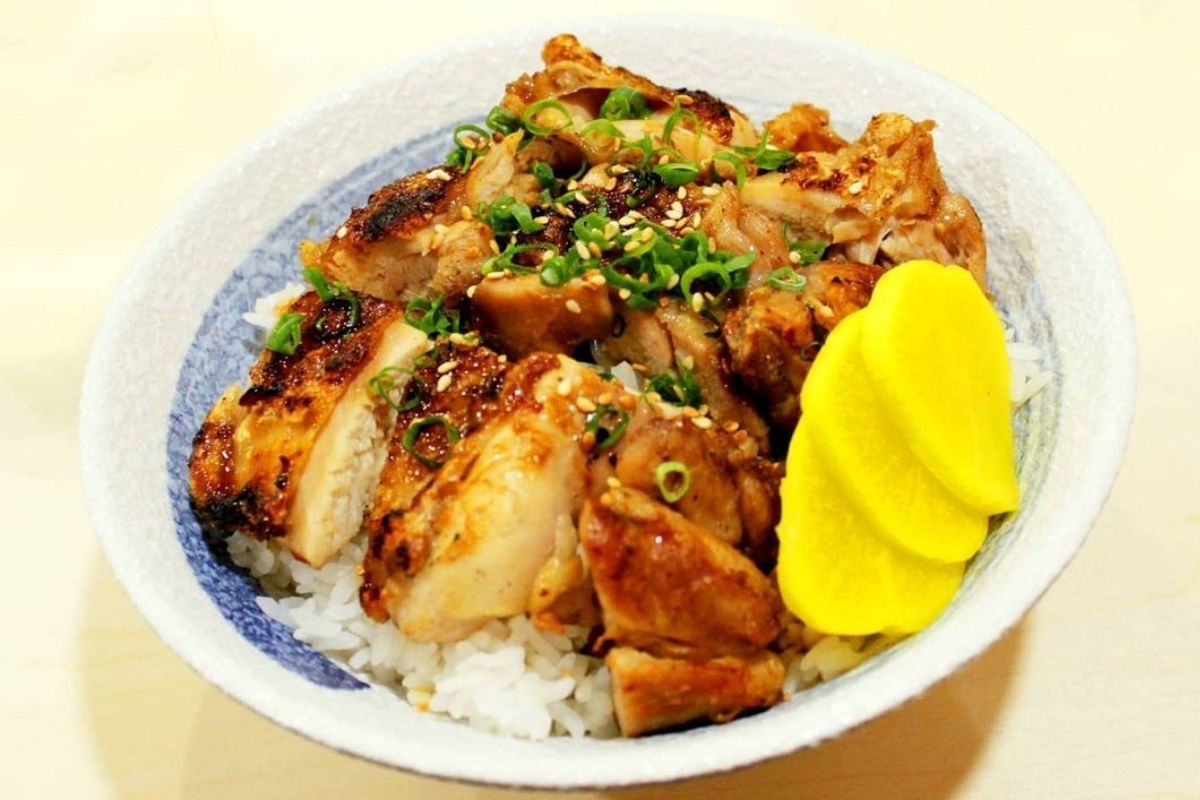 For a high-quality donburi rice bowl that doesn’t require you to shell out the big bucks, look to Don Jo (丼造). From Japanese grilled eel ($78) to curry pork cutlet ($88), there are a plethora of mouth-watering selections that will fill you up. If you are feeling fancy, keep an eye out for their daily specials that revolve around fresh ingredients delivered every morning, or indulge in their assorted sashimi bowl ($88) that features four kinds of raw cuts.

Your neighbourhood guide to Sheung Wan 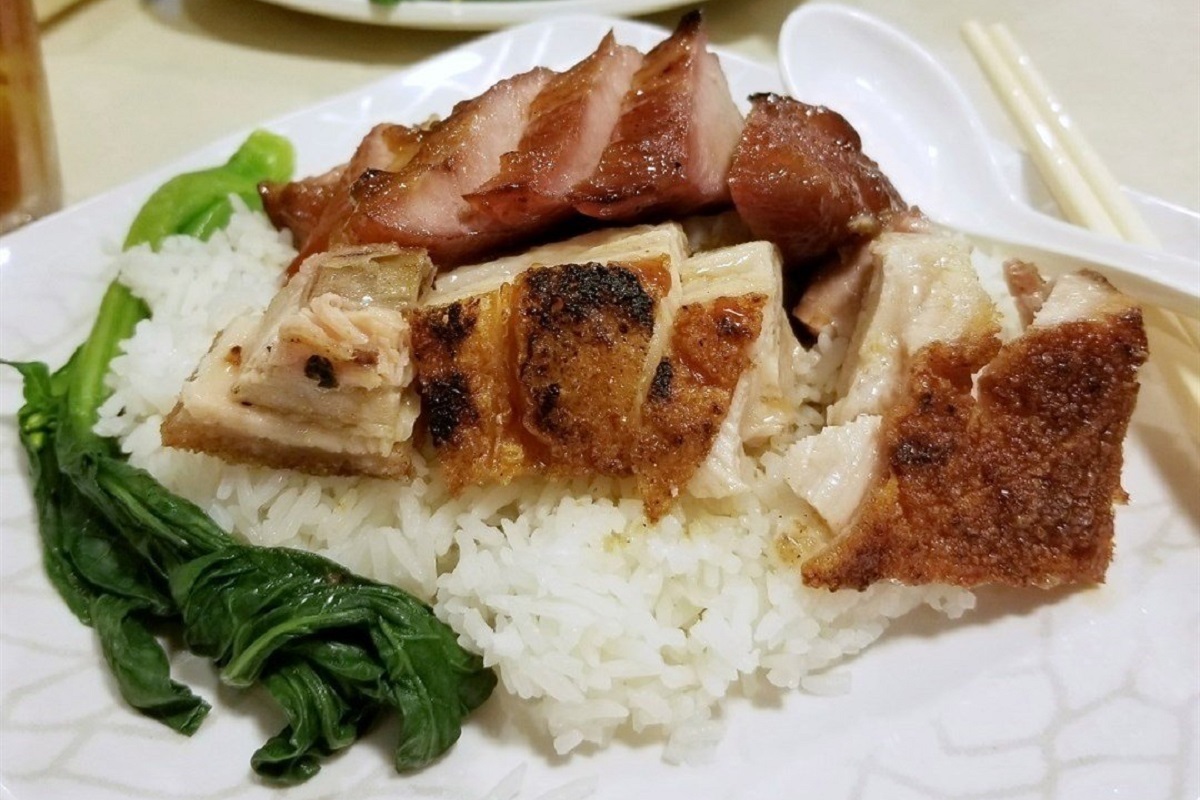 For a quintessential Hong Kong meal, head to this no-frills siu mei (燒味; Cantonese roast meat) joint on Bonham Strand. For a taste of pure comfort, go for the classic combo of barbecued pork & suckling pig ($53) on rice, or try the roast duck rice ($60); don’t forget to ask for a pot of ginger and scallion sauce (薑蓉; geung1 yung4) to drizzle over the meat. You can get about $10 knocked off if you order your food to go, but remember to bring your own container as typical rice boxes (飯盒; faan6 hap2) come in styrofoam with single-use plastic bags and cutlery. 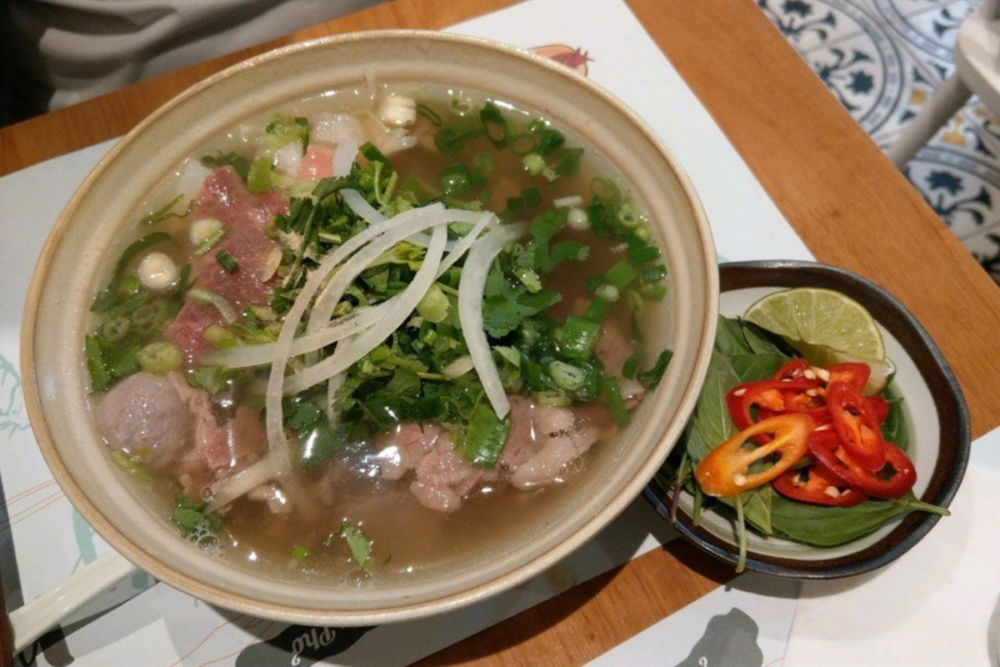 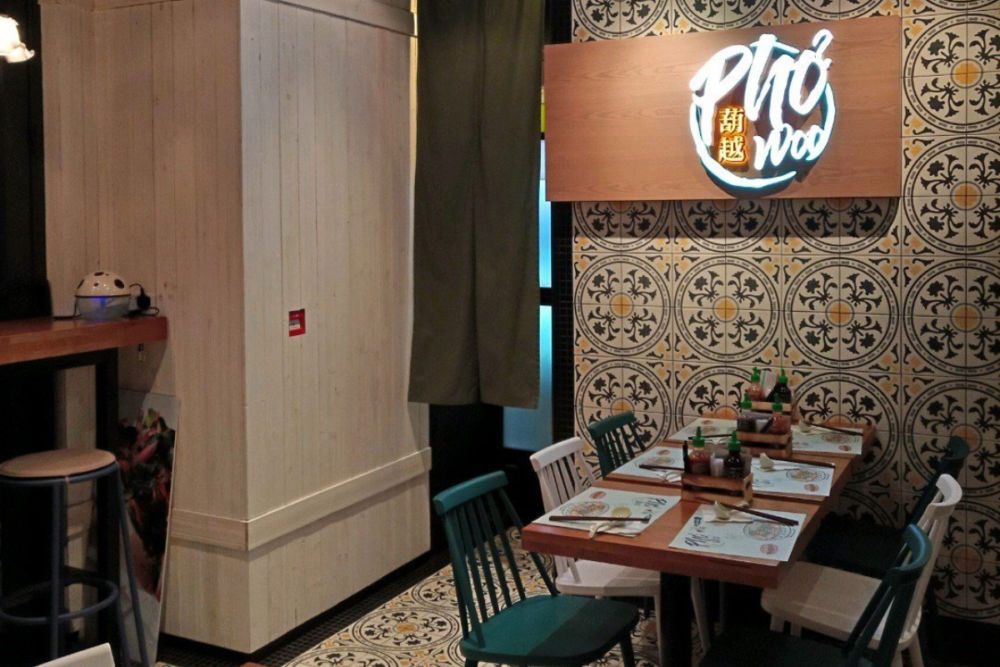 We do always love us a nice bowl of phở, especially in this cooling weather. This cosy little corner restaurant can get quite packed at lunchtimes, but they’ve got a comfy bench outside with order papers so you can tick off your choices while waiting. Their beef phở ($68) is quite affordable for very decent portion sizes, and you can choose two toppings to go with it, including raw beef, rib finger, skirt steak, tendon, beef ball, tripe, and Vietnamese ham. If you’re indecisive or want a bit of everything, then their signature monster beef phở ($88) will sort you out. They also have bánh mì sandwiches for under $50, and fantastic spring rolls. 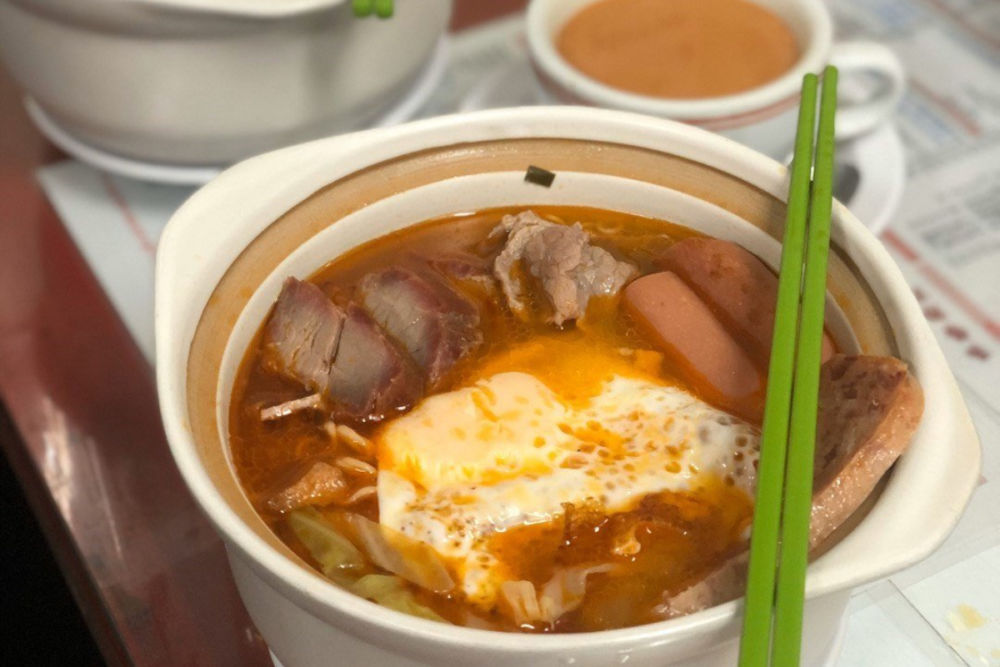 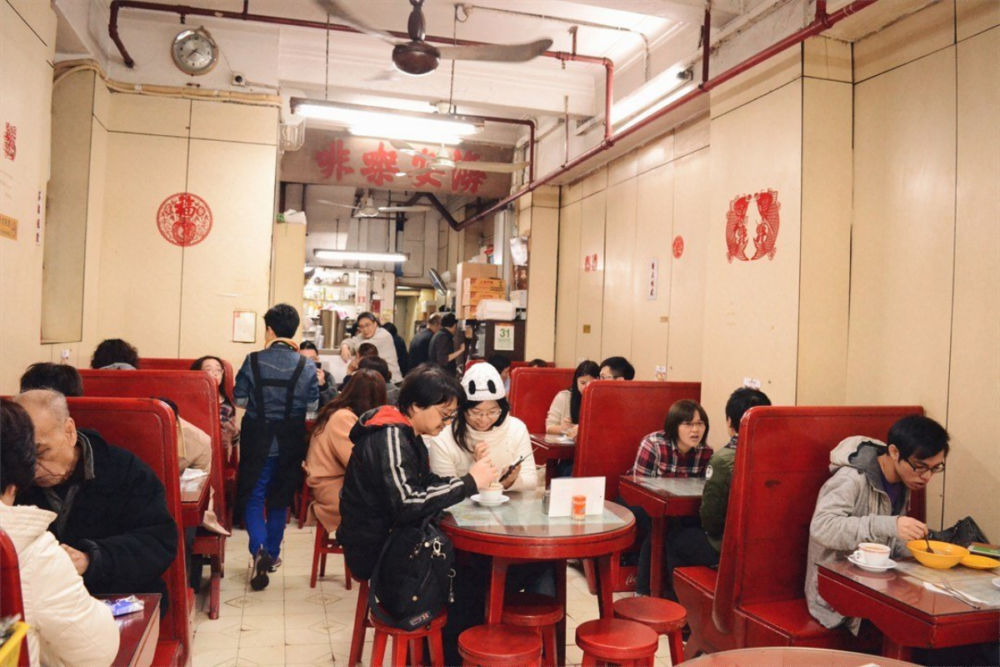 Even transient travellers who are not in Hong Kong for long know about our famous cha chaan teng cafés, but did you know that the cha chaan teng’s humble predecessor is known as a bing sutt? These Cantonese “ice rooms”—that’s the literal translation—are traditional shops where locals would pop in for cold drinks, prevalent in the 1950s and 1960s. There really aren’t very many of them left, but Hoi On Café is one such bing sutt.

This is a small diner that has been around for nearly 70 years, only affording enough space for elbow-to-elbow table sharing, with decor that barely seems to have changed over the years. They specialise in homey, simple foods that have always been popular in Hong Kong—noodle dishes, pineapple buns, toast, classic beverages, and the like.

One of their most well-received offerings is lo meen ($48), a dish of instant noodles mixed with greens and flavouring and topped with char siu. For a set meal that comes with coffee or tea, this is a great deal for a lunch spot in Sheung Wan. Another special we’ve tried is the claypot instant noodles ($45), which comes with assorted meats and a sunny-side-up egg. Expect some queuing during lunch hours, but the turnover is generally very quick, and there’s not much lingering around after you’re done. 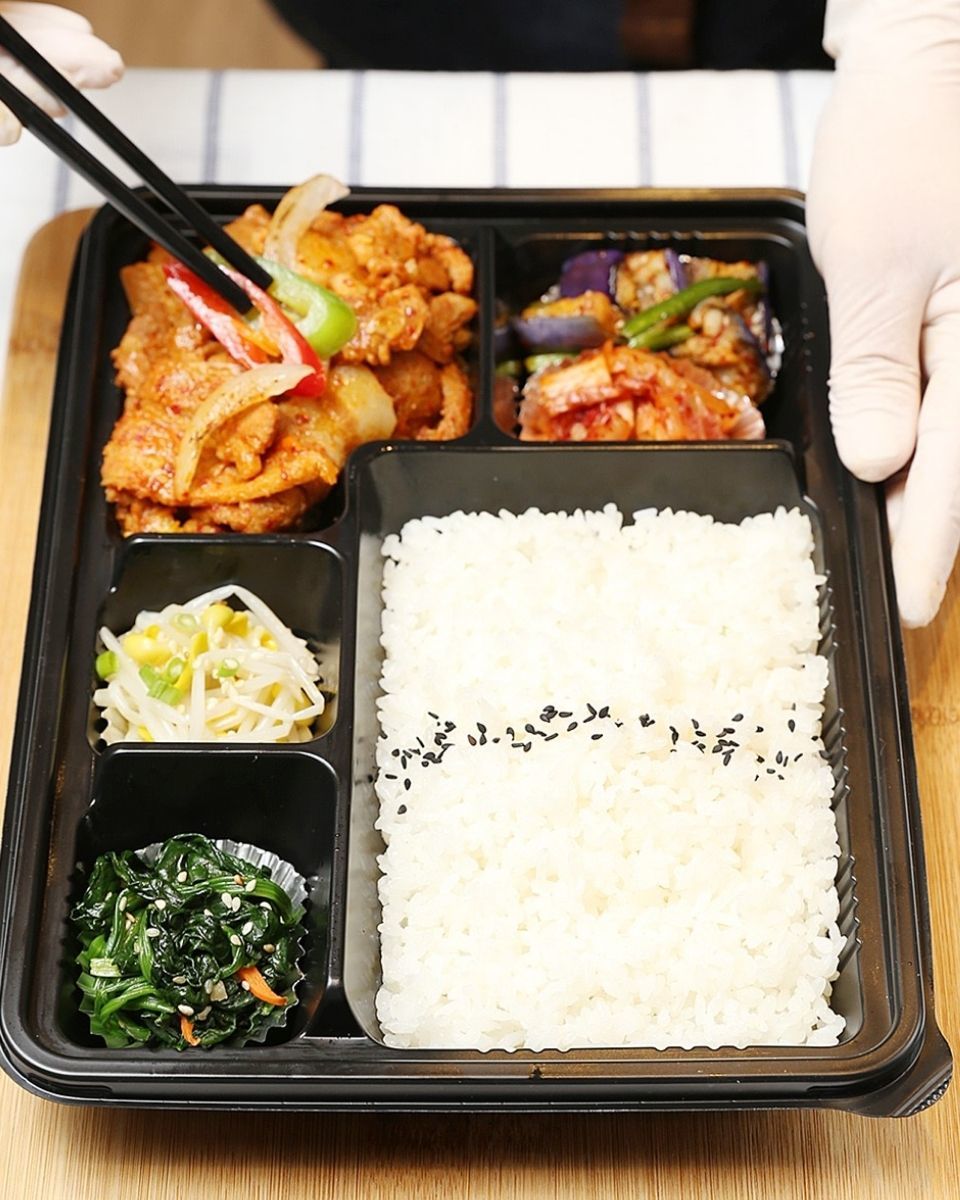 Specialising in dosirak (도시락) Korean lunch boxes, O’taste’s meal deals allow you to tuck into a variety of items, whilst still filling you up. Each squarely sectioned-off carton contains a bed of rice, a choice of meat, and either five (starting $70) or seven (starting from $88) delicious banchan (반찬) side dishes to munch on between bites. Their pork cutlet dosirak with five sides ($70) is a comforting option reminiscent of days racing to get to the cafeteria, bringing back the schoolyard joys of opening up a packed lunch.

For lighter options that include an addictive roll of kimbap, check out their classic O’taste gimbap lunchbox (starting from $60), served with beloved Korean street snacks. Bring home a little taste of Seoul and check out their array of frozen and instant-cook products on display in the store too! 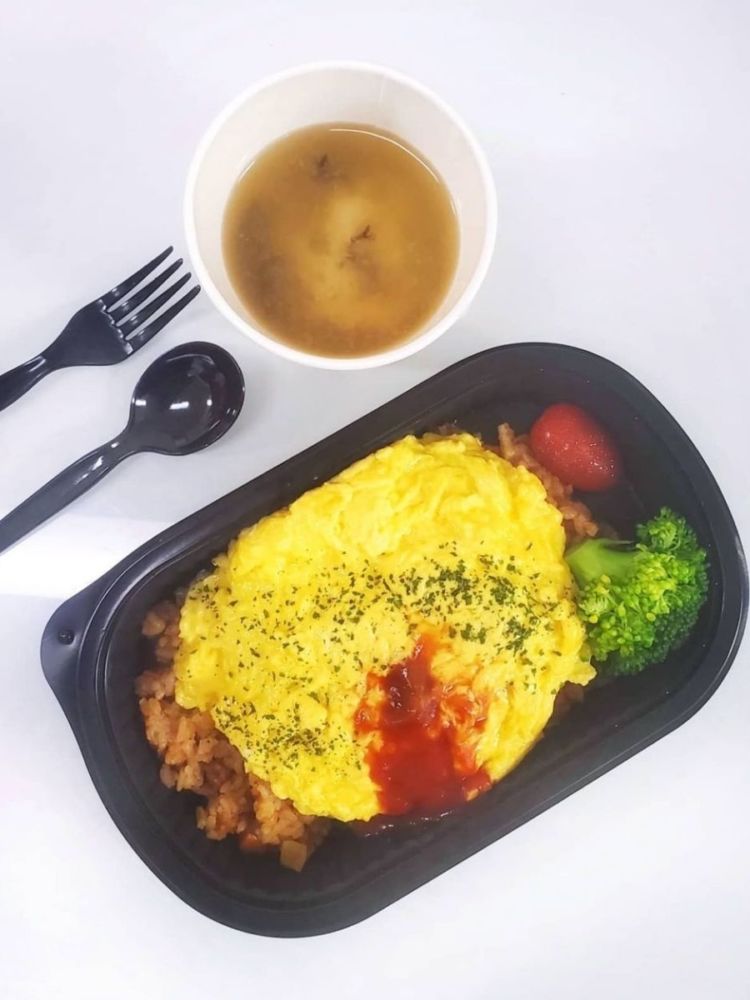 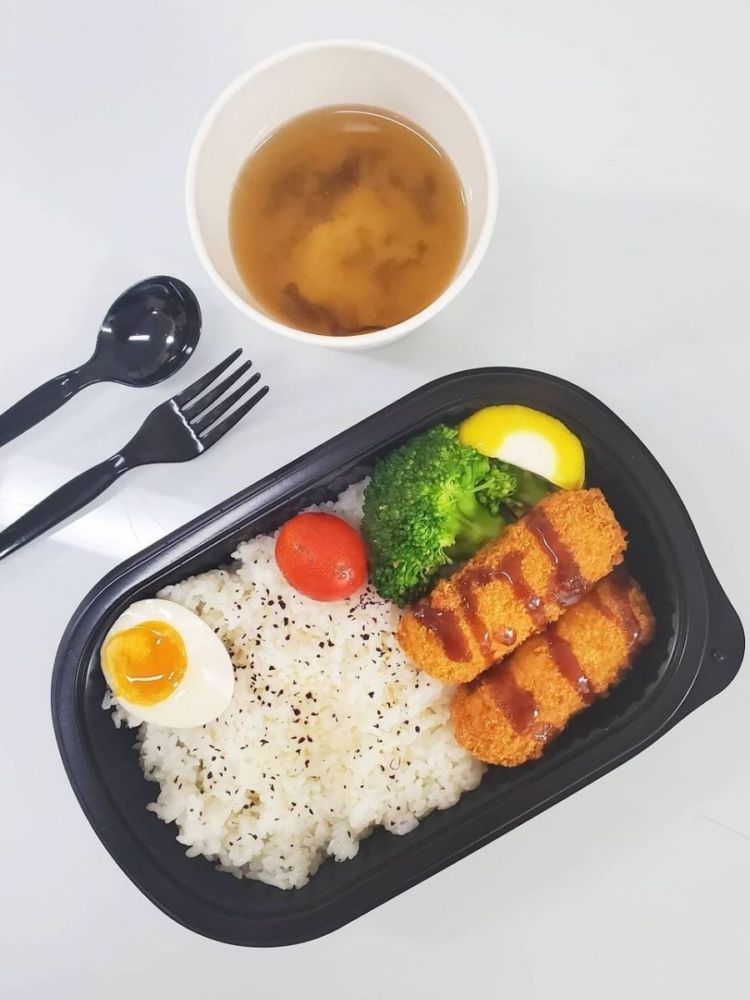 Blink and you might just miss this tiny corner shop by the staircase on Hillier Street—and that would be a shame! Familiar to many Hong Kong diners, this takeaway spot serves up boxes of delectable yōshuku (洋食) fare—Western-inspired Japanese food. Rice is paired with robust meat-based dishes like the hambagu in tomato cream sauce ($58), or the lemon-tinged chicken nanban ($58).

For a classic that never disappoints, give the Japanese omelette rice ($58) a try and prepared to be impressed by how fluffy and soft the blanket of egg can be. Several items come with a complimentary bowl of miso soup, as well as cheeky add-ons like crab cream croquette ($20) and deep-fried oyster ($10). 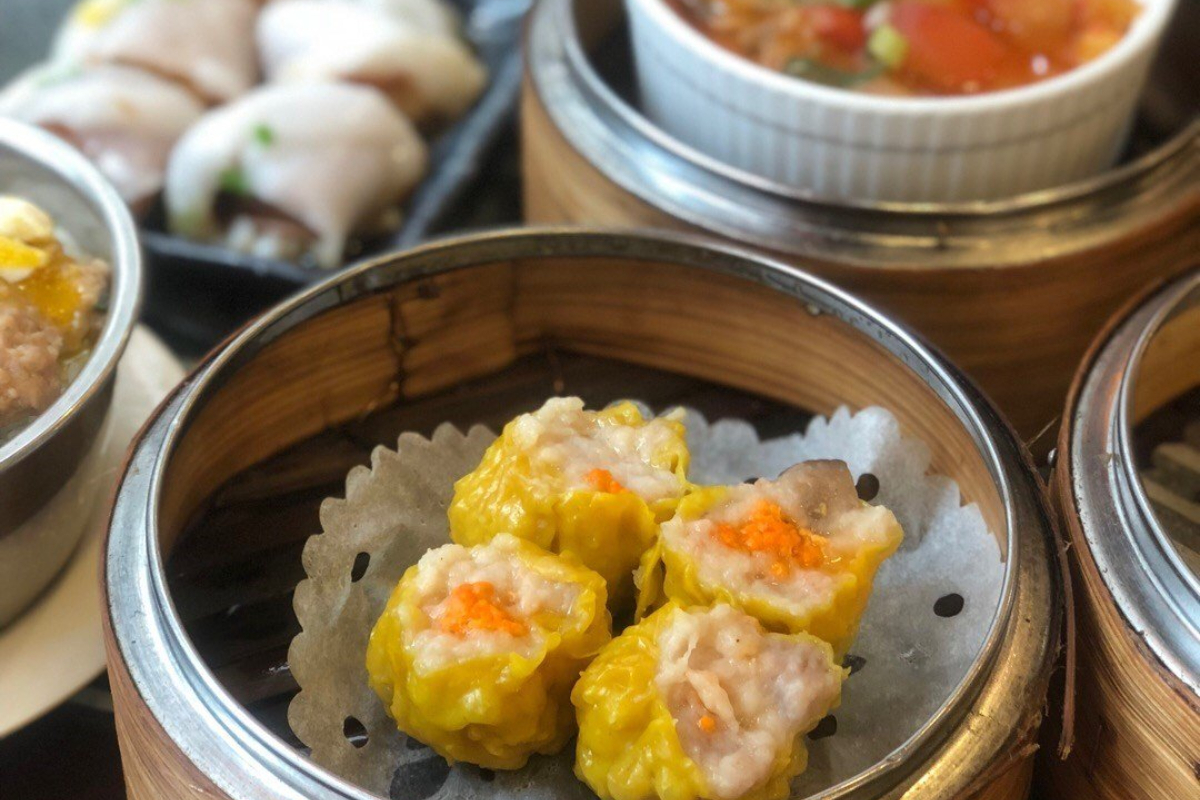 This beloved yum cha spot doesn’t have a massive range of dim sum, but the ones that are available are done well. Our go-to choices are the crab roe siu mai ($29), glutinous rice balls with shrimp and pork stuffing ($20), pan-fried turnip cake ($20), and the spring rolls wrapped in rice rolls ($26).

Dim sum is obviously a meal best enjoyed in a group, so bring your colleagues or friends, and you can also split a chicken and mushroom steamed rice pot ($32). Seating is pretty tight, and diners are expected to share tables with strangers, but we think it just lends to the authenticity of a dim sum experience.

Be of Gouda Cheer: Hong Kong’s best places to... 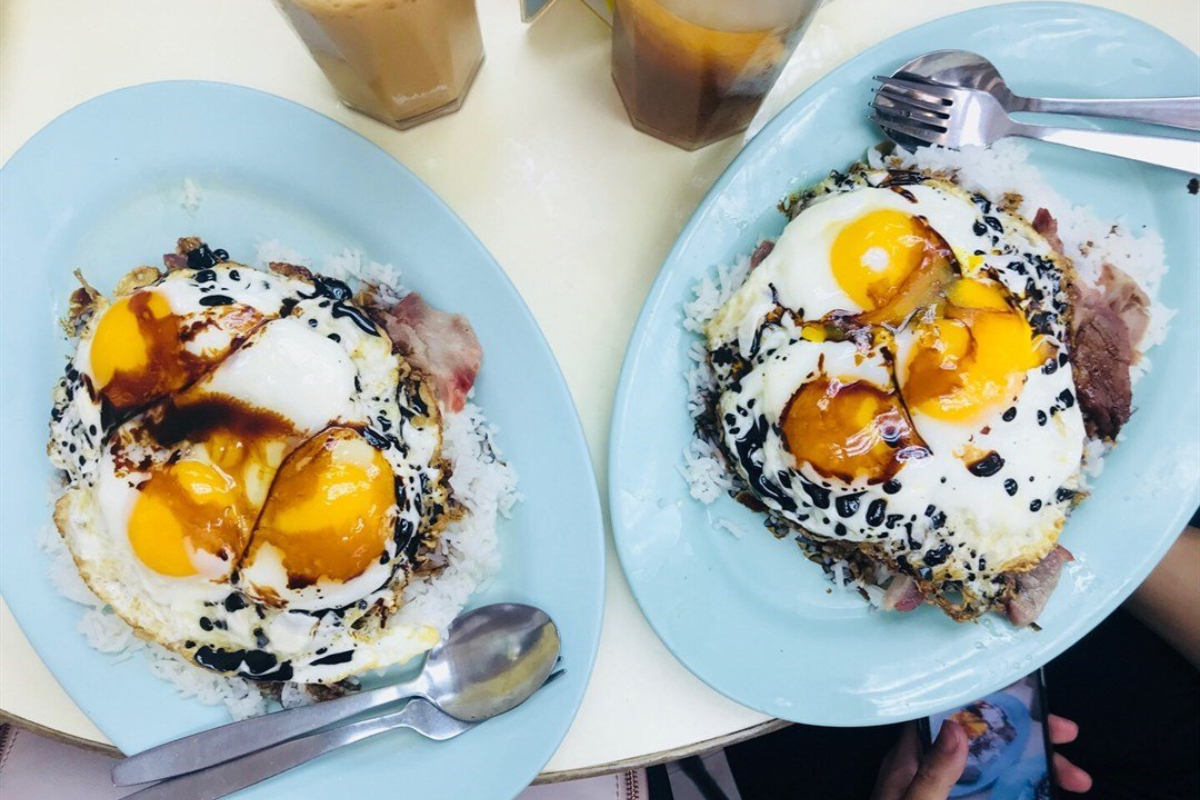 Much loved by both locals and expats in the know, Ma Sa is so famous that it’s even been featured in Stephen Chow’s classic film God of Cookery. Their absolute must-try dish is the triple egg char siu rice ($35), which has people flocking to Sheung Wan for lunch from all across Hong Kong.

Make sure you arrive early to beat the crowds because they will often run out of char siu during lunchtime, in which case you’ll have to swap to luncheon meat or ham—still tasty as heck, but not the classic after all. There’s something so satisfying about popping the egg yolks and letting it run over the soy sauce-drenched rice, then digging in with the perfectly half-fatty char siu. If you’re wary of the protein overload, rest assured that Ma Sa has an extensive menu full of other traditional Hong Kong eats. This really is local no-frills fare at its very best. 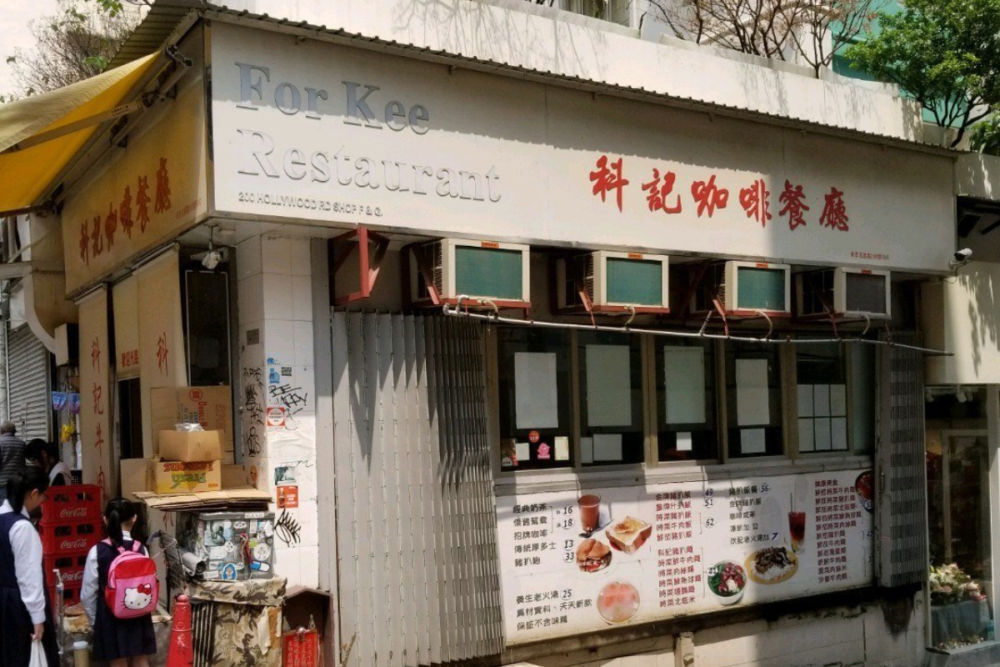 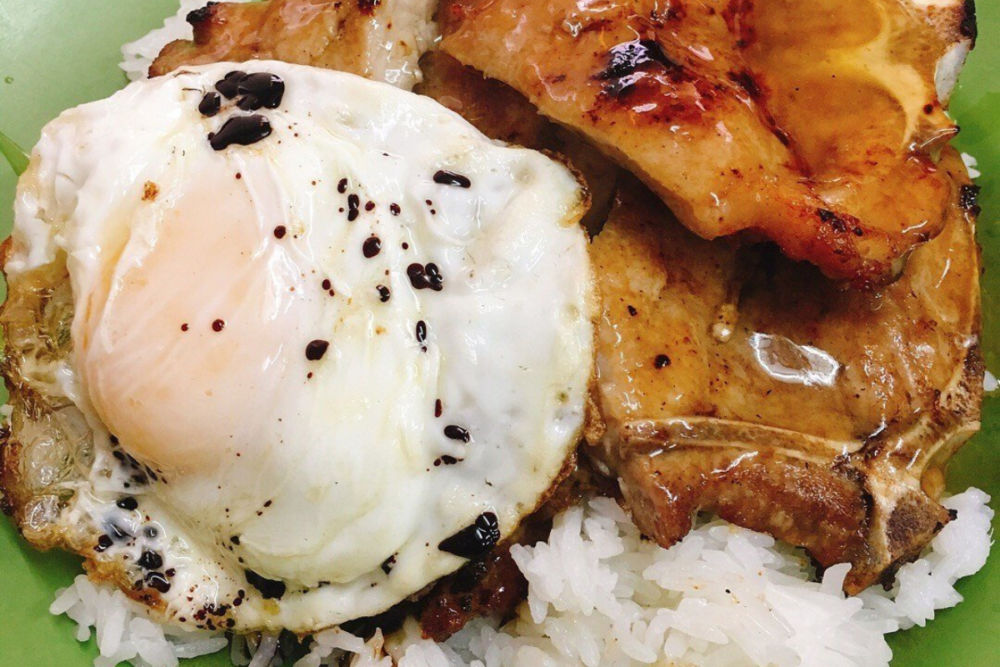 Another traditional Hong Kong institution that’s been knocking around for a good while, For Kee Restaurant (科記咖啡餐室) specialises in pork chops. They serve a huge variety of pork chop rice dishes, and the most popular would be the signature pork chop rice ($49) served with their homemade sauce. Diners can choose to upgrade this dish to a set with coffee or tea for $5 more.

The tomato pork chop rice ($61) is perfect for those who like something tangier; the sweet and sour tomatoes really whet the appetite. If you don’t feel like a full-on rice and meat dish, opt for the pork chop bun ($32) instead. This cha chaan teng is very local and doesn’t even have an English menu, so bring a friend who can speak Cantonese along. Don’t forget to give the resident cats a pat goodbye before you leave! 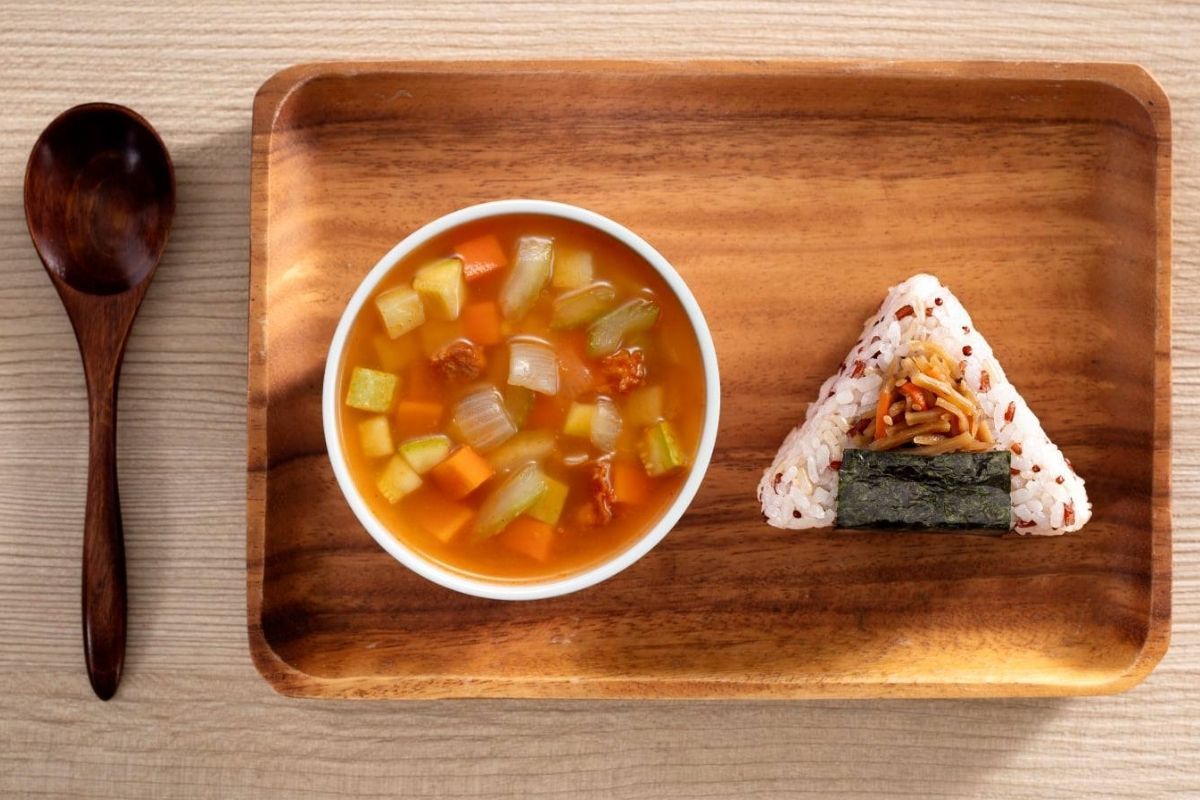 Filling and wholesome, the eponymous rice balls served at this shop are a choice option for days where you only want to have a little nibble. Although standard onigiri varieties such as Japanese-style tuna salad ($16) and wasabi octopus ($16) are on the shelves, the brand has also come up with some Chinese-inspired combinations, like honey BBQ pork ($16), and even international fusion flavours like carbonara ($16). Heftier products, like thick-cut sandwiches ($38), soups ($37), and rice bowls ($55), are also available to supplement your meal.

The ultimate guide to healthy eating in Hong ...

Brought to Sheung Wan by the Taiwanese diner of the same name, this takeaway shack has all the essentials of the cuisine. Featuring a menu split between rice and noodles, with snacks to boot, their bento boxes come inclusive of a free daily drink, with the option of an extra side for an additional $10 dollars.

Dig into the signature fragrant and chewy braised pork rice bento ($42) or the much-loved oysters & intestines vermicelli soup ($36) that is flavour-filled in its bouncy chewiness. Split a carton of deep-fried taro pork balls ($25) or scallion pancakes with pork ($22) for an extra special treat to go along with your lunch, before ending it on the sweetness of their original pearl milk tea ($12).