Evel Knievel meets Jackass: Travis Pastrana’s Nitro Circus Live is About to Get Crazy in Macau!

By Localiiz 30 June 2014
share:
June 30th 2014 Do you like your entertainment fast and furious with a dash of death defying? Petrol heads and extreme sports freaks unite as Travis Pastrana’s Nitro Circus Live returns to Macau on August 9th and 10th! 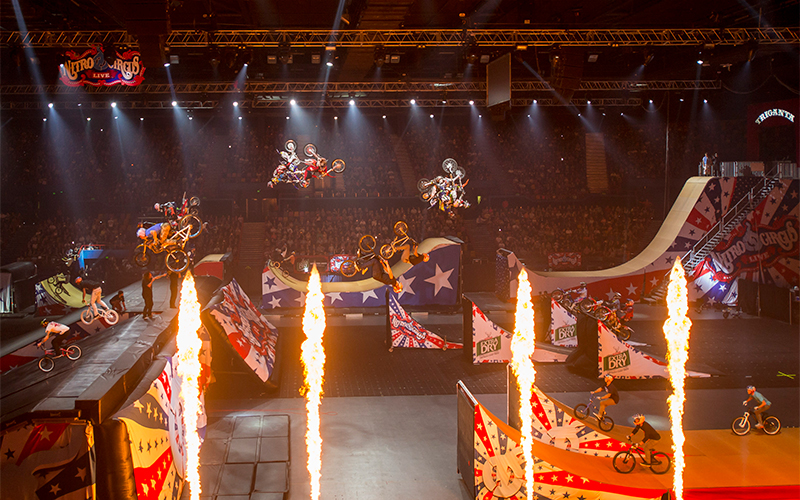 The heart-stopping spectacular - which will see 45 of the world’s most fearless FMX, BMX and Skate stars test their mettle (and a host of outrageous contraptions) on the 50-foot-high Nitro Gigant-A-Ramp – will grace The Venetian Macao’s Cotai Arena for two nights only next month. Nitro Circus founder and 17 times X Games medallist Travis Pastrana himself will also be taking part in the global touring phenomenon, so get ready for a record-breaking sports spectacular. Think Evel Knievel meets Jackass, Nitro Circus first began when Pastrana and his crew of action sport enablers started an insane DVD series featuring their nutty stunts on wheels. This was soon picked up by MTV and turned into a smash-hit TV series, before the boys (and Jolene Van, apparently the only woman who can hold her own against them) took the show on the road with Nitro Circus Live. The most recent Aussie tour saw several World Records broken, and everything from rocking horses to lazy boys, snow skies and a bath tub rolled down the ramps in a haze of pyrotechnic glory. Don’t try this stuff at home, but DO go see the show! What: Travis Pastrana’s Nitro Circus Live Where: The Venetian Macao’s Cotai Arena When: August 9th & 10th 2014 Price: HK$1,280 (VIP Reserve), HK$780 (A Reserve), HK$580 (B Reserve), HK$280 (C Reserve) Tickets: Visit the website, call: Macao: (+853) 2882-8818, Hong Kong: (+852) 6333-6660, email: [email protected]