Cuddle up with a warm mug of hot chocolate this Christmas Eve (and Christmas Day and Boxing Day) with one of our selection of the best classic and new-school Christmas films to watch on Netflix. Paul Hsiao, chart maker and film enthusiast at Movieconomist, gives us his favourite holiday films for every occasion.

For a romantic Christmas: The Holiday

The early-2000s era were a more innocent time and Nancy Meyers’s The Holiday could be the perfect movie to capture that sense of whimsy and heartfelt nativity. Kate Winslet and Cameron Diaz star two women from opposite sides of the world who agree to do a home exchange during the Christmas season and find a little more than they were looking for. Nearly 14 years since its release, the film has several mysteries: How did it cost nearly $100 million dollars to make (that’s almost the budget of Deadpool) and why is Hans Zimmer, famed composer from films like Gladiator and Inception, credited with the soundtrack? The Holiday is almost too good for its Lifetime movie premise, and leagues above the typical Netflix romance fare.

For an action-packed Christmas: Die Hard

What’s more classically Christmas than machine guns and hostage situations? Like the protagonist John McClane, after years as a romantic comedy lead, Bruce Willis seemingly accidentally burst onto the action scene as an everyman cop stuck in a building full of European terrorists, in what would come to define the rest of his career. And for good reason—more than thirty years later, the film still is a taught and competent action thriller that has taken a life of its own as probably the only action movie appropriate to play during the holiday setting.

For those who want a classical Christmas: How the Grinch Stole Christmas

Fun fact: Reportedly, star Jim Carrey needed training from the CIA to endure the torture of being in the iconic Grinch suit, which took eight-and-a-half hours a day to put on! However, suffering aside, Carrey brings to life Dr Seuss’ iconic character in Ron Howard’s celebrated film about the eponymous green Grinch who learns about the true meaning of Christmas in the town of Whoville—a classic that everyone should watch.

For those who want a Santa origin tale: Klaus

The Academy Award-nominated animated film is actually one of Netflix’s first movies to put the streaming platform on the awards circuit. Klaus features a star-studded cast, with the likes of Jason Schwartzman, J.K. Simmons (J. Jonah Jameson himself!) and Rashida Jones. Telling an unconventional origin story for Santa Claus, Klaus draws on Nordic mythology and cutting-edge animation to weave an enchanting tale for all ages.

For those who want a Tom Hanks Christmas: The Polar Express

For the world’s first all-digital capture film, auteur Robert Zemeckis—the director of Back to the Future and Who Framed Roger Rabbit—opted to adapt The Polar Express, the classic children’s book about a young boy who is sceptical of Santa Claus. He goes on a remarkable adventure aboard a magical steam locomotive, whisking him away to the North Pole. Tom Hanks, probably the human embodiment of wholesome, pulls an Eddie Murphy by playing the motion capture of six characters and even voices the narration!

For the cinephile Christmas: Hugo

Gangster-film auteur Martin Scorsese trades pistols and pasta for childlike whimsy. Starring Asa Butterfield, Chloë Grace Moretz, Sacha Baron Cohen, Jude Law, and the inimitable Ben Kingsley and Christopher Lee, Hugo follows the story of an orphaned boy living in 1930s Paris, who finds himself at the centre of the mysterious circumstances surrounding his father’s death. Despite its period setting, Hugo can be seen as one of Scorcese’s most personal films to date since it’s ultimately a love letter to filmmaking.

For those who want a Christmas caper: Catch Me if You Can

Known as “the James Bond of the skies,” Frank Abagnale (played by a baby-faced Leonardo DiCaprio) uses his talents and wits to elude the snare of a dedicated FBI agent Carl Hanratty (played by Tom Hanks) as they embark on a game of cat and mouse with the annual tradition of a Christmas telephone call. A mostly light-hearted crime caper, Catch Me if You Can is one of Steven Spielberg’s most understated movies, featuring a stand-out jazz score from orchestral maestro John Williams.

For the “Netflix Originals” kind of Christmas: Let It Snow

There are so many middling live-action Christmas movies on Netflix that have been made by Netflix that it has become its own sub-genre. Sifting through the nearly 50 holiday-themed Netflix original offerings, the cream of the crop for me is Let it Snow, starring Kiernan Shipka (Mad Men, The Chilling Adventures of Sabrina), Anna Akana, and an unrecognisable Joan Cusack (yes, the sister of John).

Somewhat of a spiritual follow-up to To All the Boys I Loved Before, Let it Snow is also based on a young adult novel capturing the romantic complications of various high schoolers in a small town. While it is no Citizen Kane (or Mank, for that matter), it is still an earnest Apple commercial-esque depiction of innocent holiday drama—a panacea to the whirlwind of the year that was 2020. 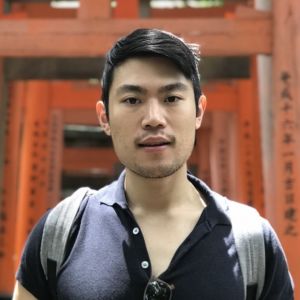