It may be hard to picture Hong Kong without its signature skyline and high-rise apartments, but even this bustling metropolis was once a barren lump of land. Before the British arrived, the first indigenous settlers of Hong Kong built and lived in walled villages that sheltered them from pirates, bandits, and wild beasts. The tight-knit villagers were immigrants from southern China and often hailed from the same clan, having moved to Hong Kong centuries ago.

Unfortunately—but perhaps inevitably—these historical communities have since dwindled greatly, destroyed to make way for the city’s rapid urbanisation. Only a handful remain today. Seize the chance to look past Hong Kong as we know it and gaze into the far past by visiting the greatest remaining villages in the New Territories today. 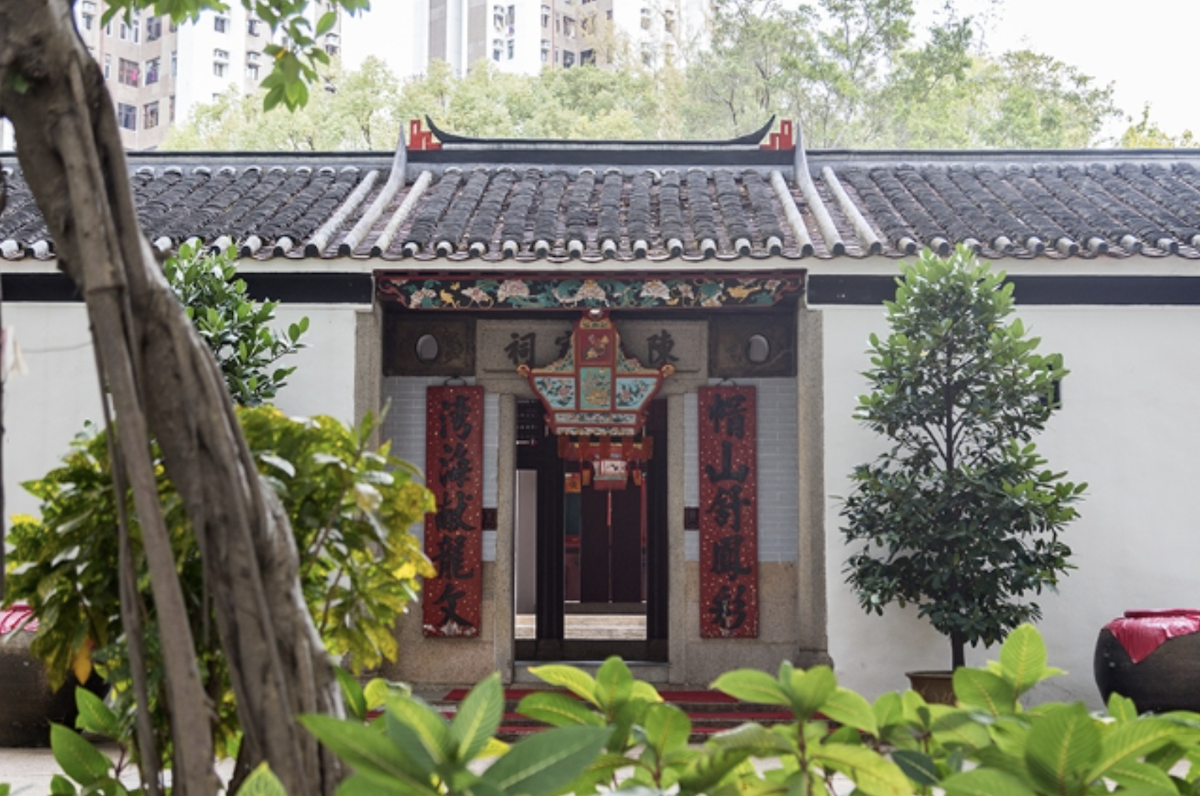 Before you head off into the great unknown of the New Territories, check out the Sam Tung Uk Museum in Tsuen Wan for fuller historical immersion. Built in the 1700s and aptly repurposed to serve as a museum, you’ll get a chance to experience the rural life of settlers before the arrival of the British at this Hakka walled village. Walking through its walls, you can almost imagine yourself in another era as you roam around the well-preserved original houses and fiddle with the everyday objects the villagers used in this highly interactive exhibition. 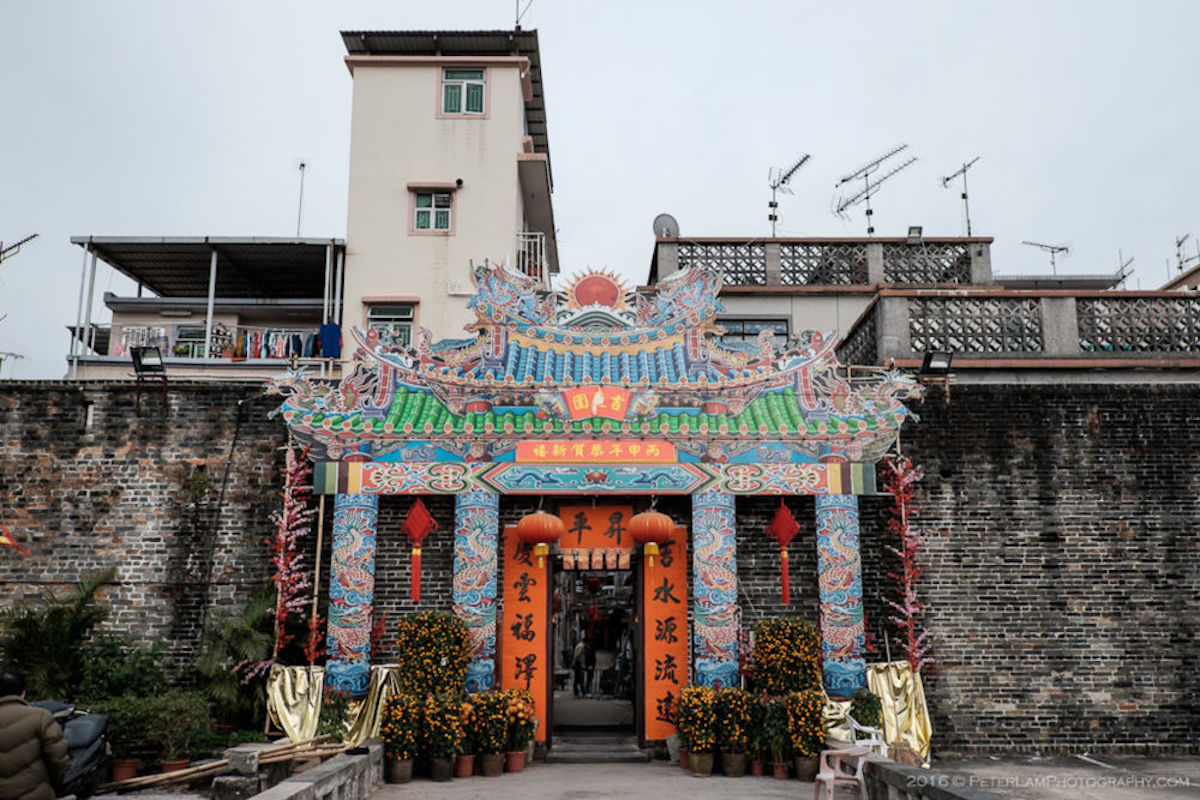 Hong Kong’s most renowned traditional village is probably Kat Hing Wai in Kam Tin, just a short drive away from the bustling Yuen Long neighbourhood. Established during the Ming dynasty, the ancient landmark has served as the Tang clan’s family stronghold for more than 500 years, and now, you too can visit it.

The walled-off enclave has a single entrance, where visitors make a $3 donation before passing through its front gates. Even though its original stone houses have since been replaced by modern buildings like most other villages, the ancestral shrine with all its intricate engravings is a rugged beauty to behold. Haven’t had your fill of anachronism? Both Tai Hong Wai village and the Wing Lung Wai village are just minutes away. 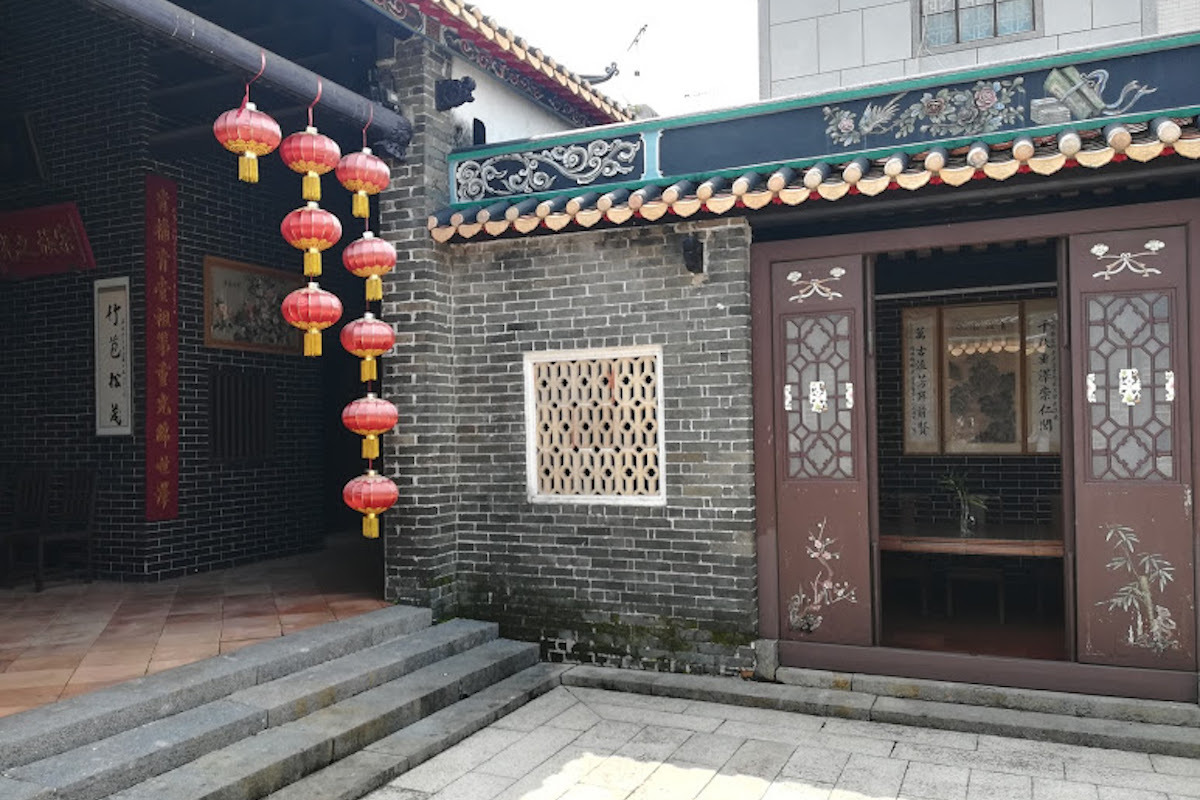 On the other side of Kam Tin is another Tang family stronghold, known for its cluster of historical buildings with ornate carvings. Keep an eye out for the dragons, carps, and other mythical creatures that line the rooftops and see if you can piece together the stories they tell.

On the way to the village, you’ll pass by the Yi Tai Study Hall, but don’t be deceived by its unassuming white exterior—the former village school used to host prominent scholars from around the region. Inside the village is the Tang Kwong U Ancestral Hall, a declared monument and an archetypal piece of Qing architecture complete with a central courtyard. When you’re done wandering through Shui Tau Tsuen, check out the nearby Shui Mei Tsuen to see the legendary Kam Tin Treehouse. 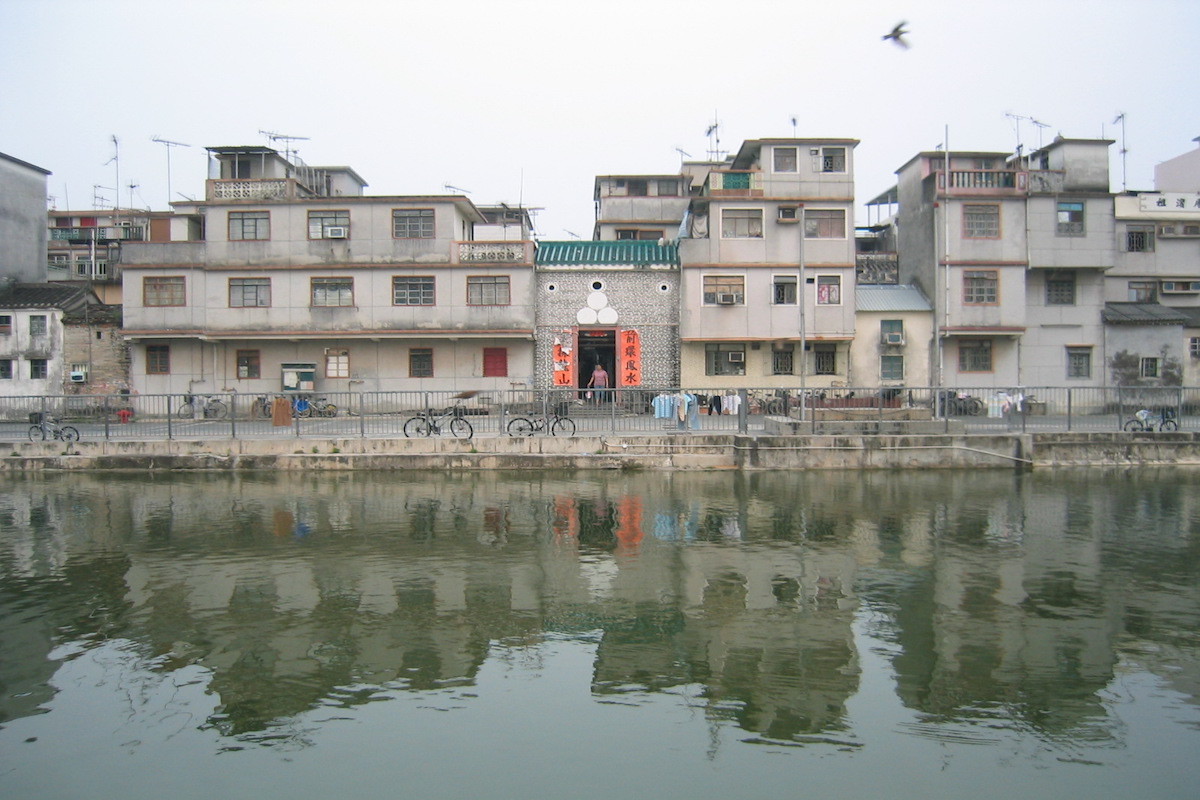 Up at the northern tip of Hong Kong is the Pang clan fortress Fanling Wai, a group of stout, blocky houses that form the backdrop to its tranquil pond. The Pang clan moved to this area in the 1100s and set up the village some four centuries later during the Ming dynasty. At one point, the pond at the entrance of the village was filled with fish to pacify a phoenix; other defensive measures that remain today include watchtowers and a trio of cannons that double as a popular photo spot. 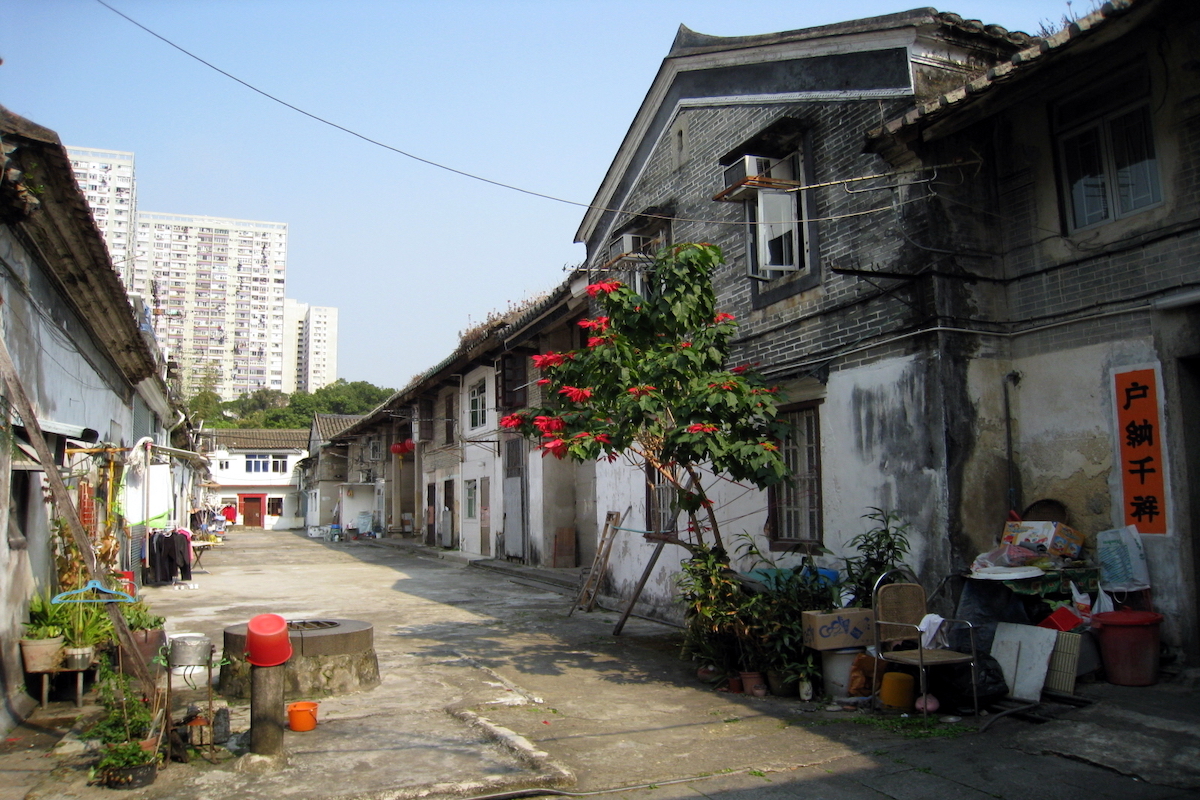 The Chinese are a practical lot, and it shows in names like Tsang Tai Uk (曾大屋), which literally means “Tsang’s Big House” in Cantonese. You guessed it—this Hakka village is a property of the Tsang clan, though having been built in the 1800s means it’s relatively new compared to all the other ancient giants on this list.

Tsang Tai Uk was fortunately spared during Sha Tin’s massive new town revamp, and even today, you can still see the original construction materials of brick, timber, and granite in the walls. Prince Charles himself paid a visit in 1979 to have a nosey around, having studied archaeology and history at Cambridge; follow in his footsteps and tour Tsang Tai Uk’s antiquated courtyards and ancestral halls. 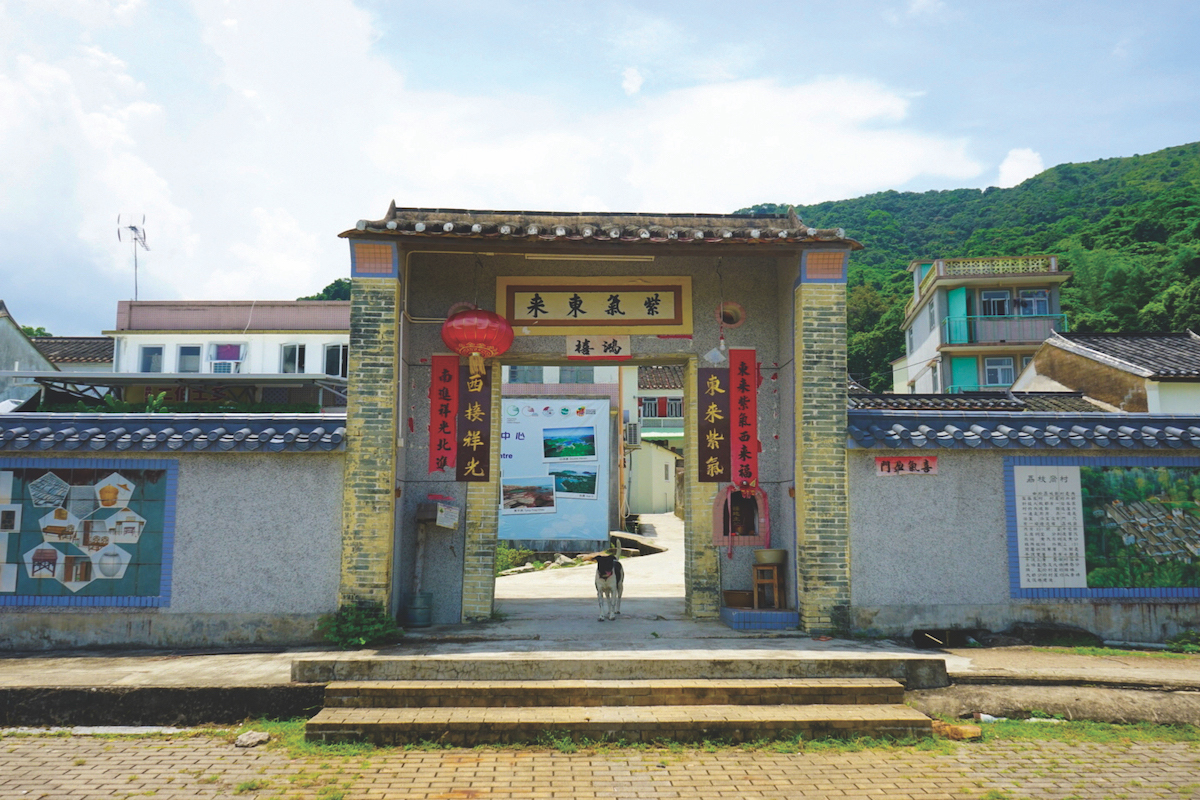 This Hakka village in Sha Tau Kok is a bit harder to get to, but its rich natural habitat and pristine houses are well worth the day trip. The 300-year-old community is ensconced in the Plover Cove Country Park, replete with rare geological formations, plant, and animal species such as the elusive Chinese pangolin.

Saunter along the smooth Lai Chi Wo Nature Trail to soak in the undisturbed natural beauty. You’ll arrive at the protective feng shui forest that surrounds all 200 houses of the village—quite a substantial settlement in its heyday. Although barely anyone still lives here nowadays, remember to be respectful as you explore the stone mills, wells, and monasteries left behind by the villagers.

Hidden Hong Kong: The Five Great Clans of the...

By Catharina Cheung 6 May 2020
Culture 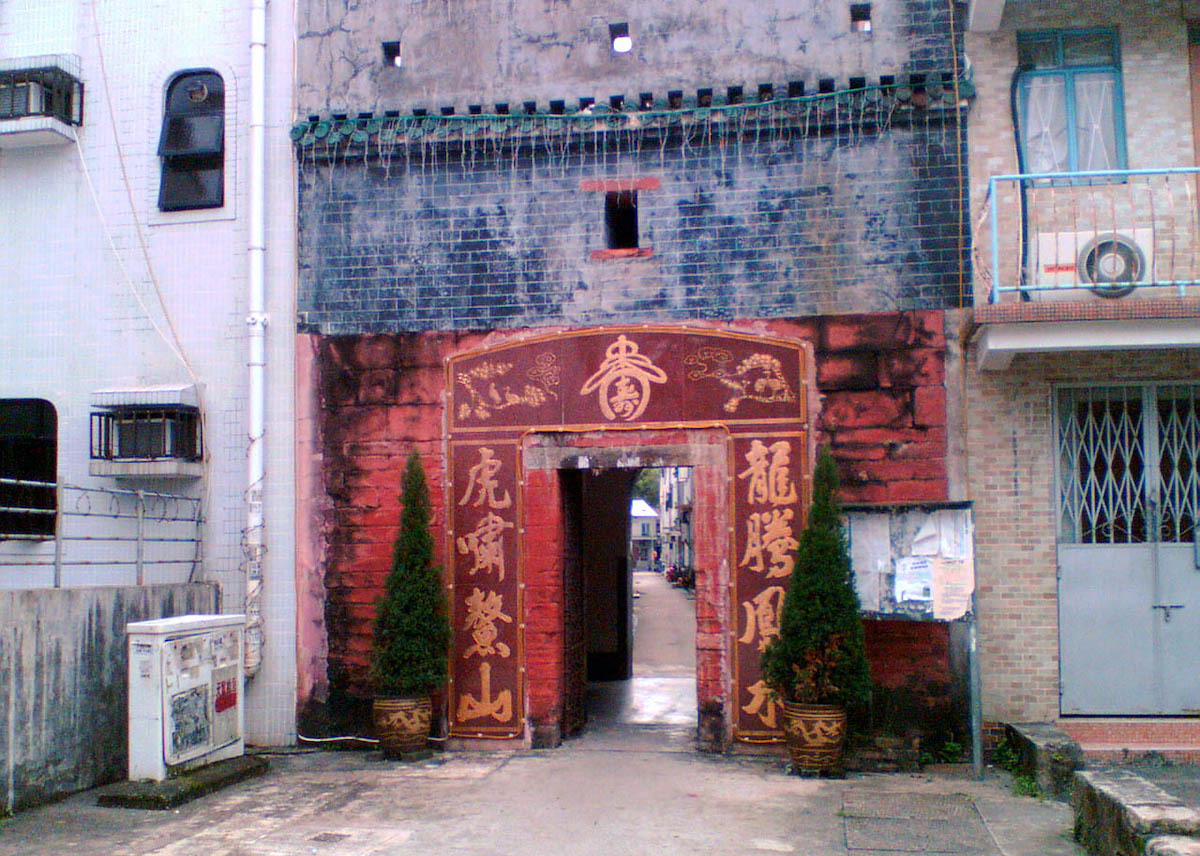 Another larger site to explore, Sheung Shui Wai actually consists of not just one, not two, but nine traditional villages. They were established by the Liu clan—one of the five great clans of the New Territories—who arrived in Hong Kong during the Yuan dynasty. Their first village, Wai Loi Tsuen, wasn’t built until the 1500s, and it is also one of the few existing villages that preserved its original moat over the centuries.

As you thread your way through the string of connected villages, you’ll run into ancient wells, ancestral halls, and even chess tables and stone daises from bygone eras. A contrasting sight from a more recent era would be the colonial-style Old Sheung Shui Police Station in Po Sheung Tsuen, setting up Sheung Shui Wai as a representation of Hong Kong’s hybrid past. 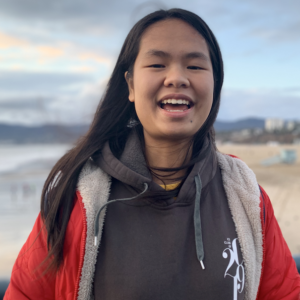