In 1936, after five years of construction, Haw Par Mansion (虎豹別墅)—or the Tiger Balm Villa—officially opened its doors, sprawling across the foot of Jardine’s Lookout in Tai Hang. Securing over eight acres of land, the eclectic mansion married both classical Oriental elements and Western architecture. However, despite its impressive frontage, it was the ornamental garden that gave visitors unforgettable recollections of the complex.

Haw Par Mansion’s gardens continued to open as a public theme park until the 1980s, although in a state of constant decline. Unable to escape its fate, the garden was demolished to make room for a luxury residence, and the mansion fell into limbo, existing as a hollow shell of its former self. We dive into the history of the Haw Par Mansion, from rumoured tales of how it all began to how locals remember the ornamental garden. 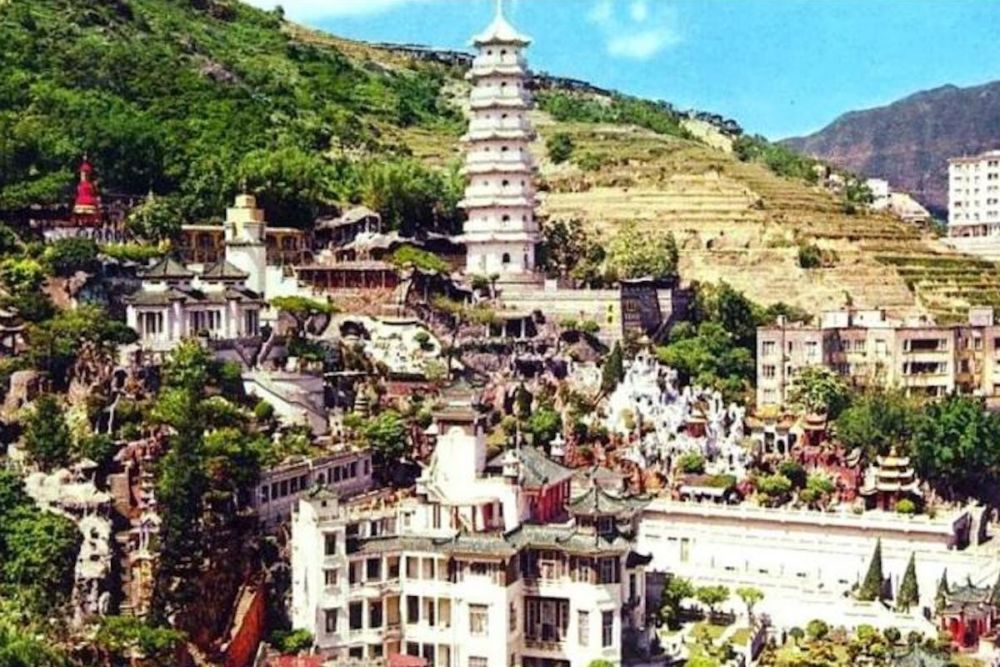 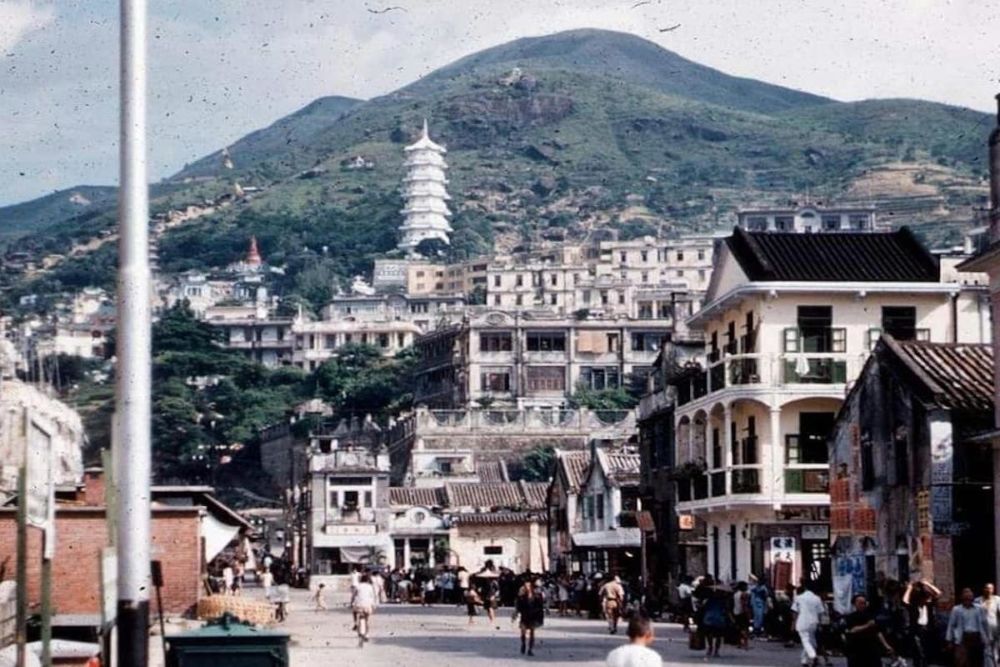 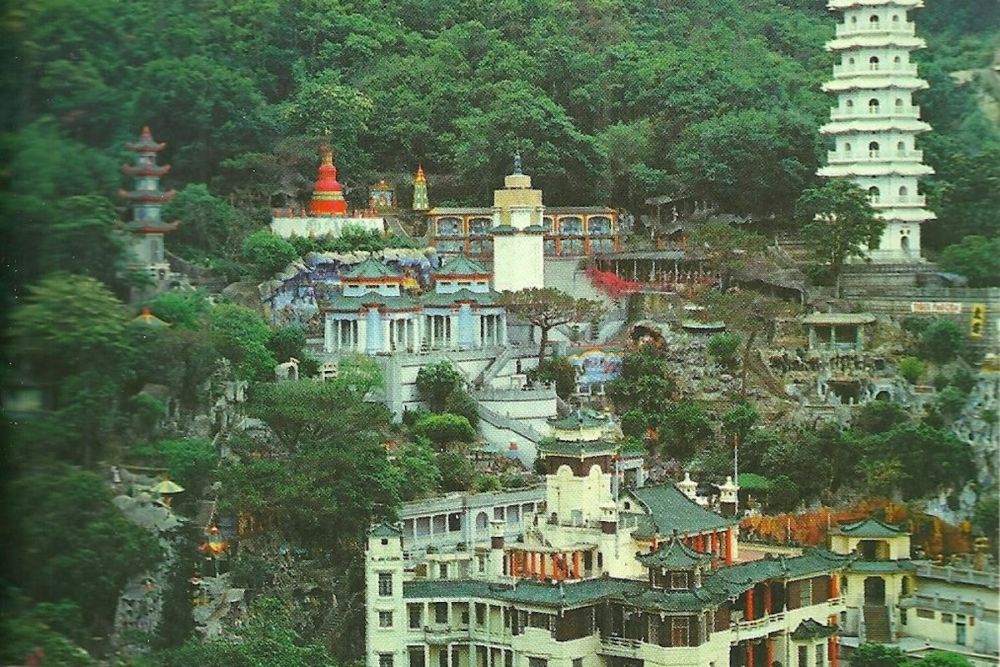 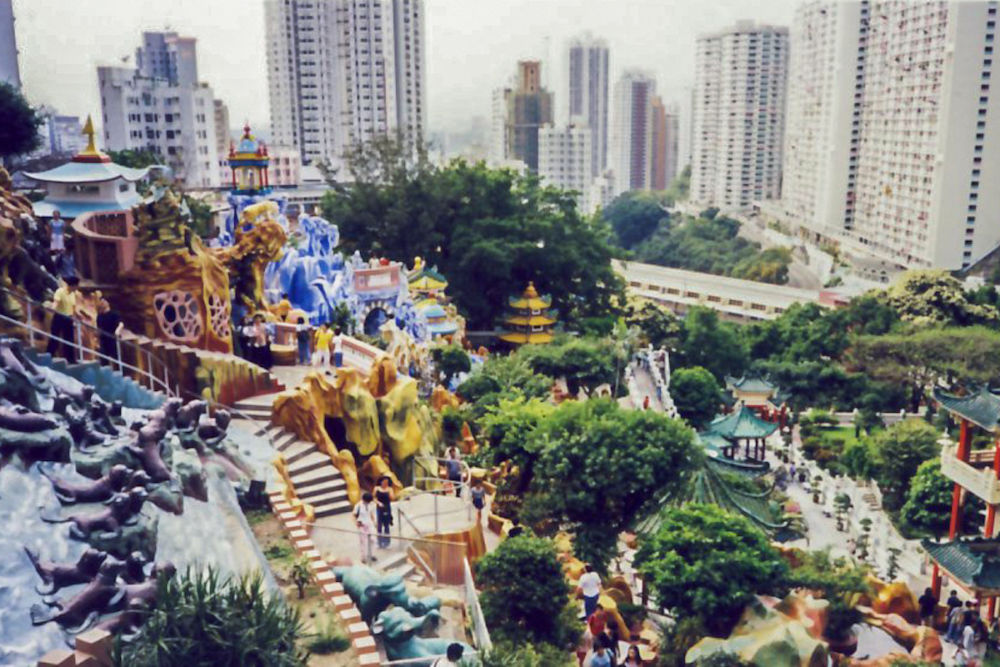 In 1909, Burmese-Chinese brothers Aw Boon-haw and Aw Boon-par—whose origins can be traced back to Fujian—inherited a small herbal shop established by their father in Yangon. Soon, the secret formula to the Tiger Balm ointment that their father left behind turned the two budding businessmen into fast billionaires.

When Aw Boon-haw brought his second wife to Hong Kong, she fell in love with its cosmopolitan vibe. It inspired Aw to built his second Haw Par Mansion—after his first in Singapore—across a steep, rocky lot, set amongst farmed plateaus in Tai Hang.

It was here where he created a vast, public, and unforgettable garden in a Chinese Renaissance style, filled with all types of murals and sculptures amid artificial grottos and mini-waterfalls. Its installations spoke of Buddhist, Taoist, and Confucian morals, with murals and reliefs that depicted scenes of the Chinese mythical underworld and Chinese folklore, amongst others. 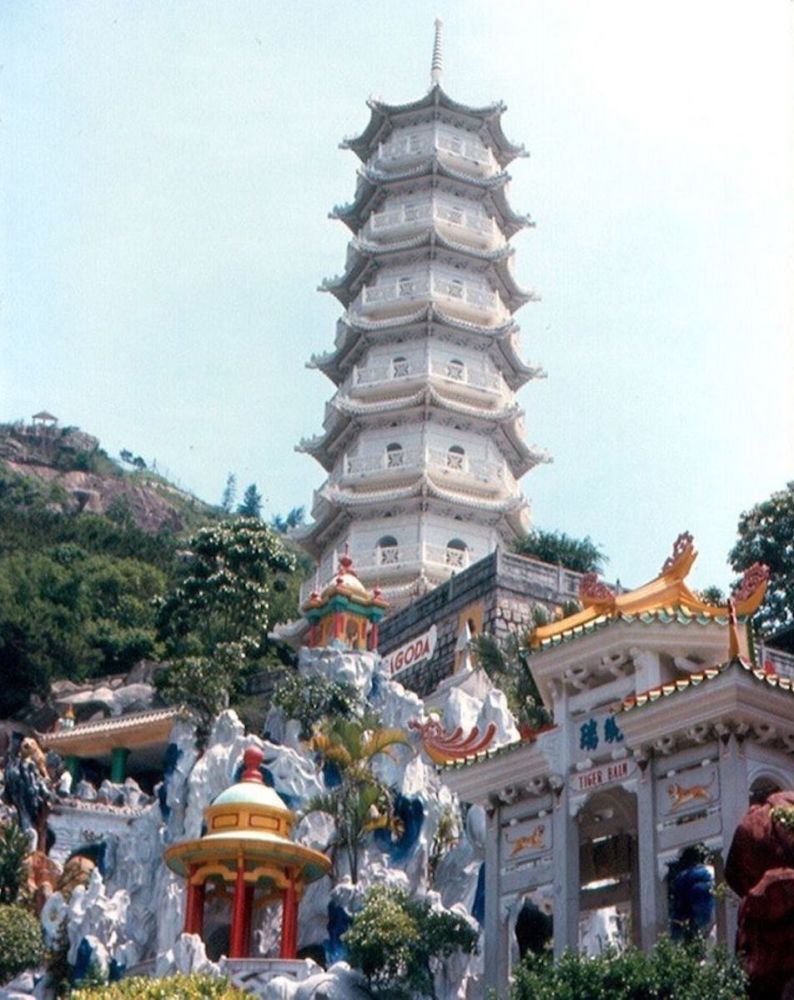 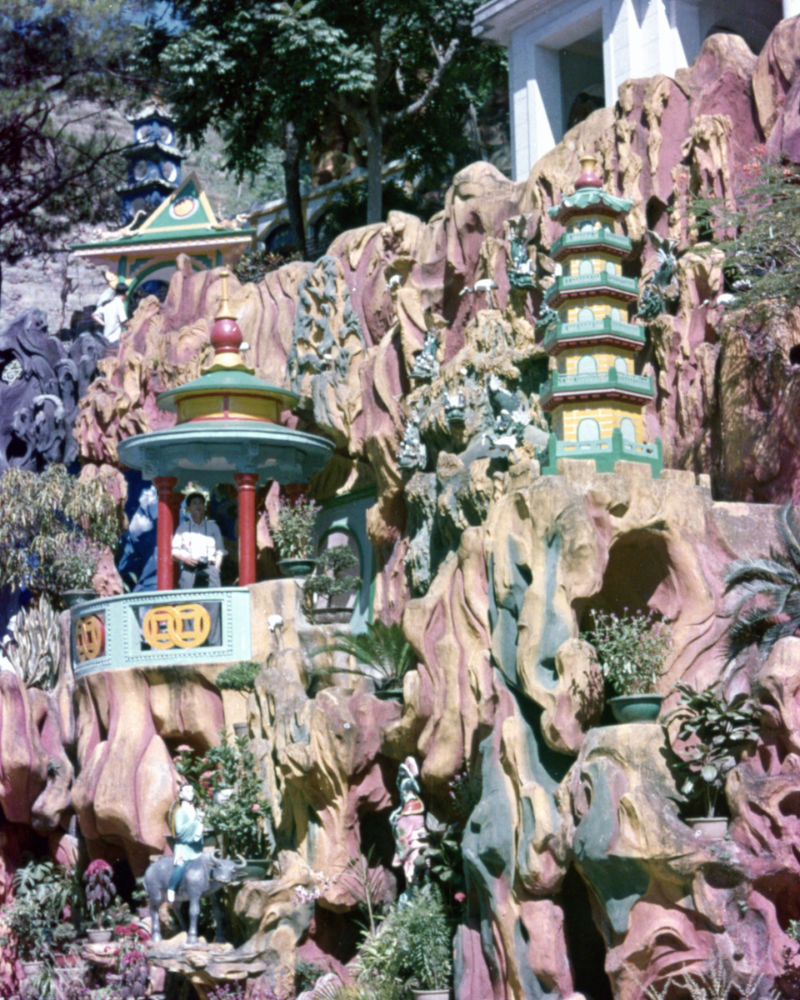 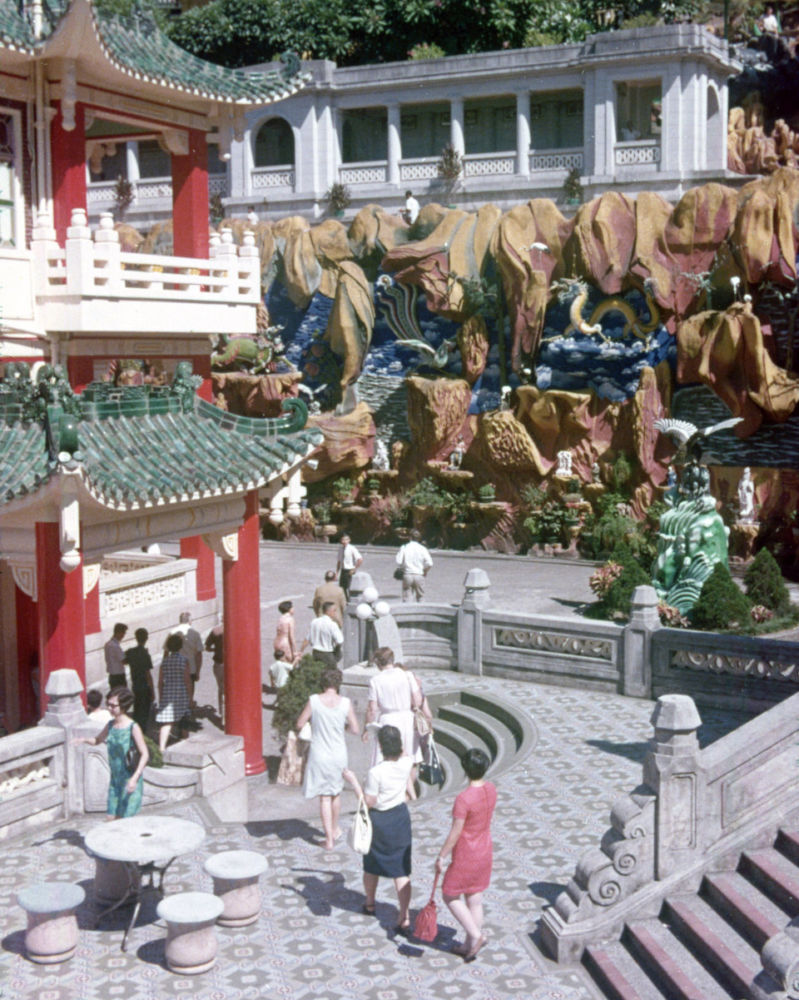 Rumoured tales: Why was the mansion built?

While some believed that Aw Boon-haw wanted to advocate Buddhist, Taoist, and Confucian teachings with his enigmatic mansion—all while promoting the Tiger Balm—locals deemed it was not merely a publicity stunt.

Tiger Balm bequeathed the Aw family with an immense fortune to spend at their discretion. However, despite the commercial success of the Tiger Balm ointment, the family’s fortune was built upon the misfortune of others. Supposedly, to ward off bad karma and strengthen his merit, Aw created the garden to worship wandering spirits from the lowest realms of hell in hopes that they would reincarnate as humans or divine beings.

Likewise, some assumed that the unique feng shui of Jardine’s Lookout was auspicious towards the family’s swelling fortune and virtue. Facing the Victoria Harbour and backed by mountains, the complex created an effect where the “white tiger illuminated the valley (白虎照堂).” When government plans to shift the coastline further into the harbour began to take effect, it destroyed the enviable feng shui that Haw Par Mansion had enjoyed. In 1954, Aw Boon-haw died of a sudden heart attack. From then on, the Aw family’s fortune waned, and ownership of the mansion was transferred from one hand to another. 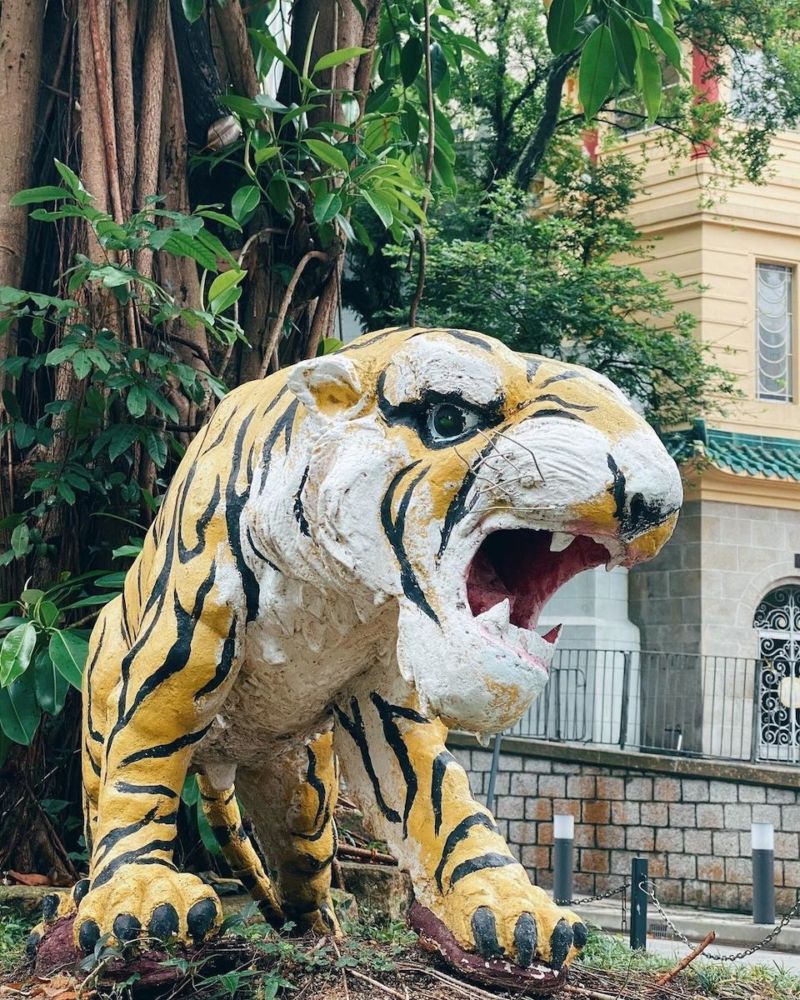 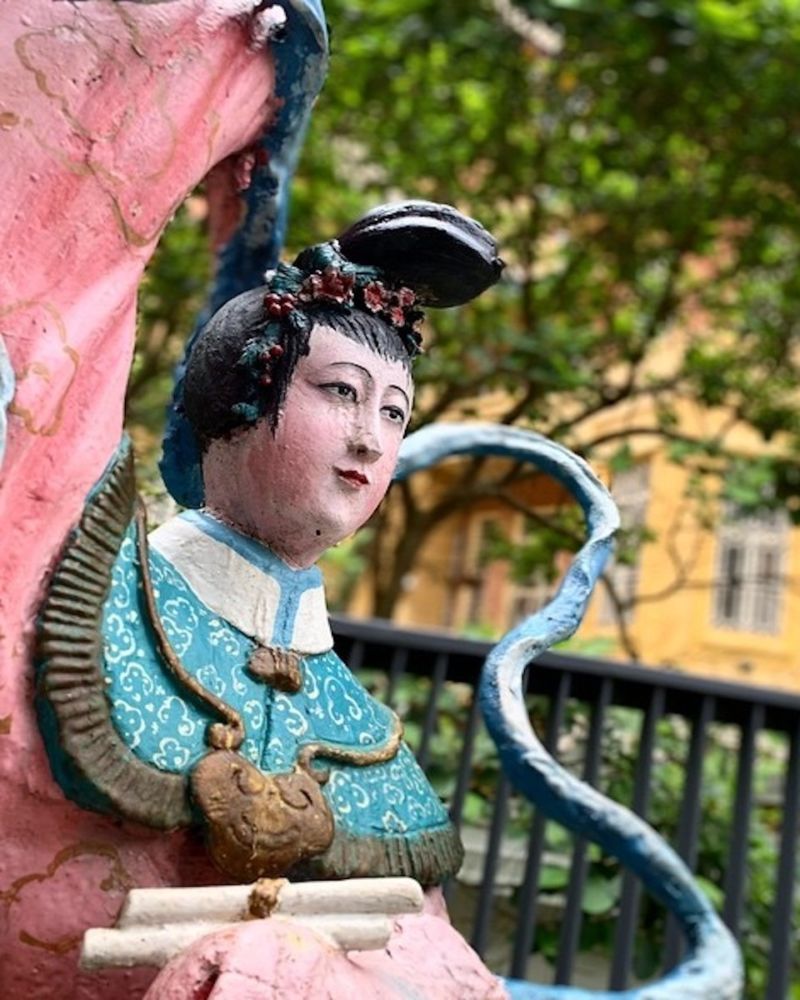 Rumours and myths aside, it was the nightmarish garden that made the Haw Par Mansion world-famous. The Tiger Balm Garden that adjoined the mansion was bedecked in figurines and sculptures that depicted ancient Buddhist beliefs at the heart of Chinese culture.

Sandwiched between a series of caverns were jaw-dropping dioramas that told the stories of the 18 levels of Buddhist hell. They described how the spirits of the dead are judged by Yanluo Wang for every sin committed—from murdering to stealing.

The dead were atoned with eternal punishments around-the-clock: being pulled apart with five horses, trudging up a mountain of knives, being fried in oil, getting your tongue decapitated, and so on. The tortures were depicted in unrealistic yet vivid details.

While grotesque figurines saturated the gardens below, peacocks blushing in their fan-like plumage added colours to the garden’s top terraces. There were bright displays that depicted Chinese folklore stories like Journey to the West (西遊記) and “The Cowherd and the Weaver Girl” (牛郎織女). Perched above the garden was an iconic seven-storey octagonal pagoda dressed entirely in white paint that could be seen from afar. 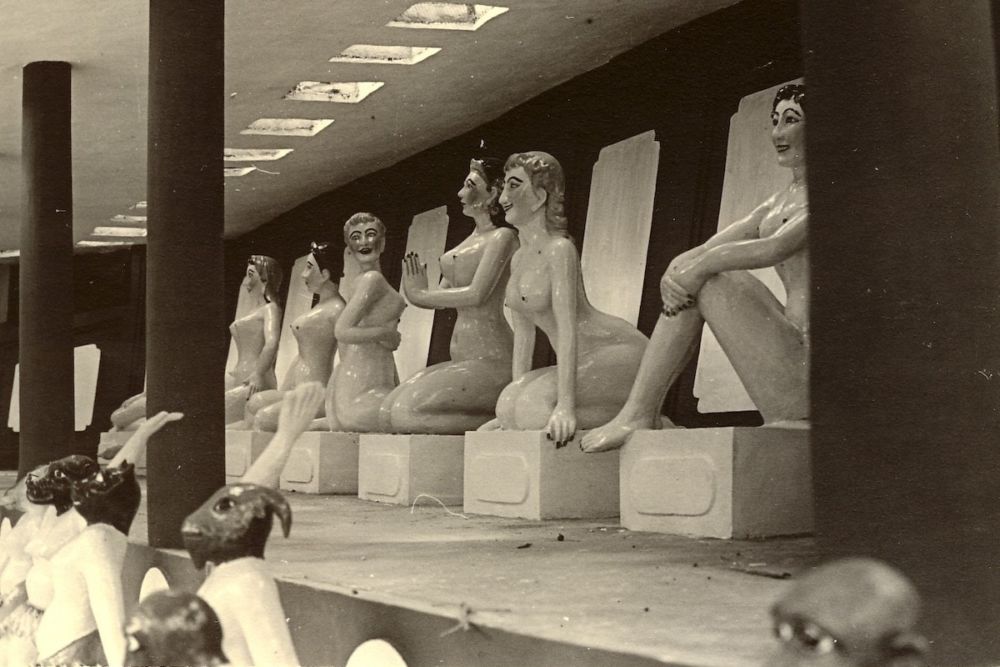 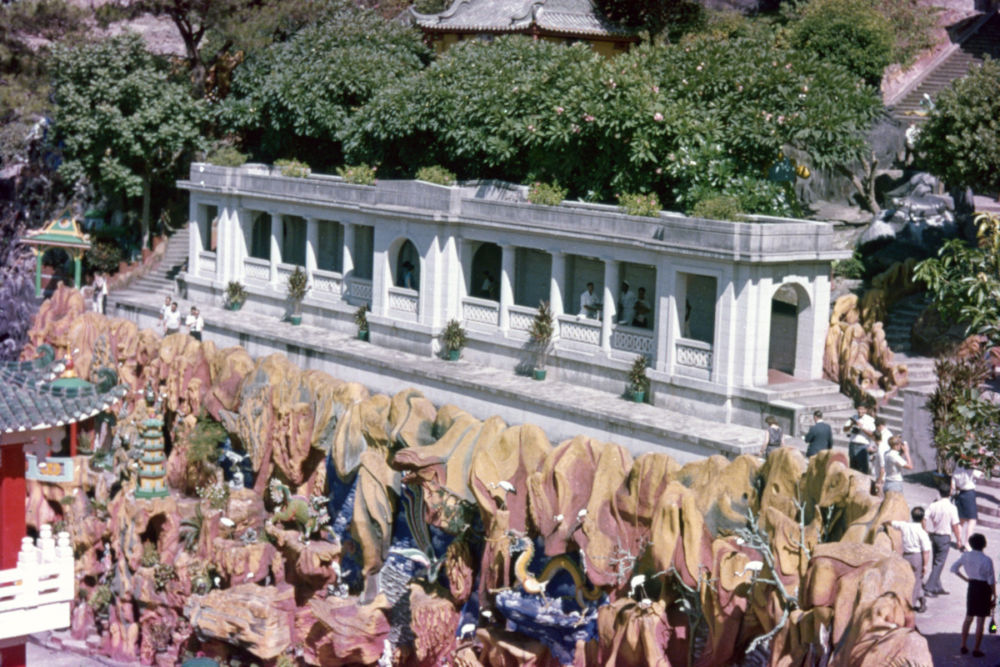 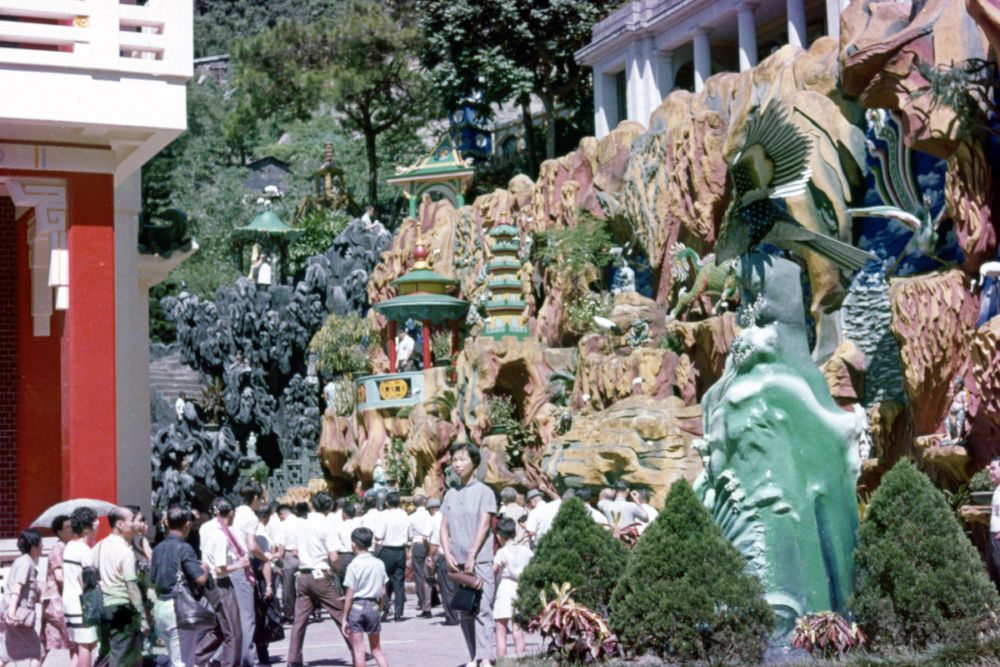 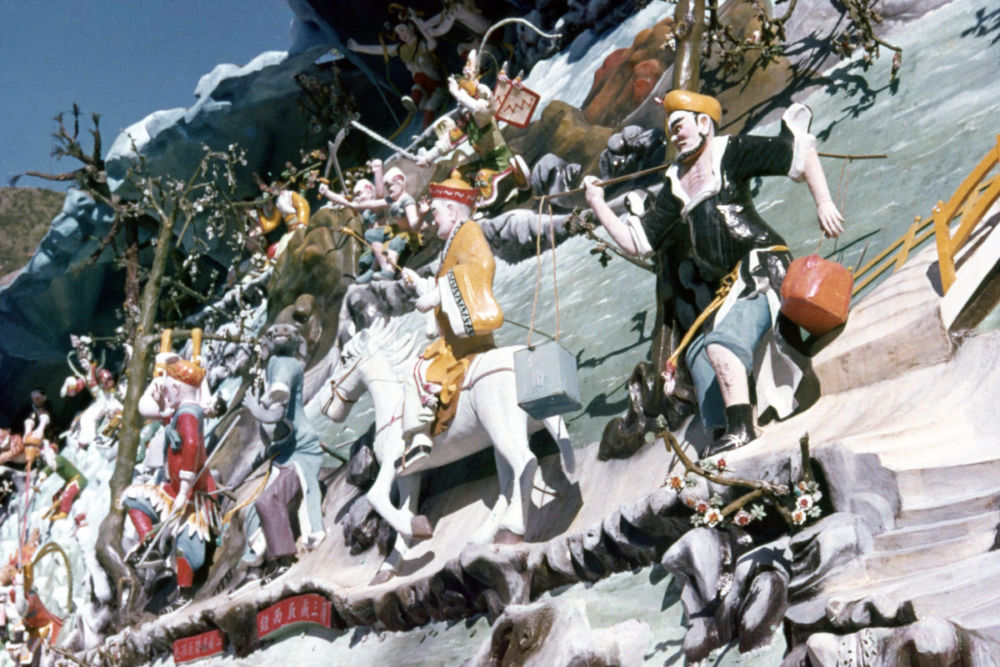 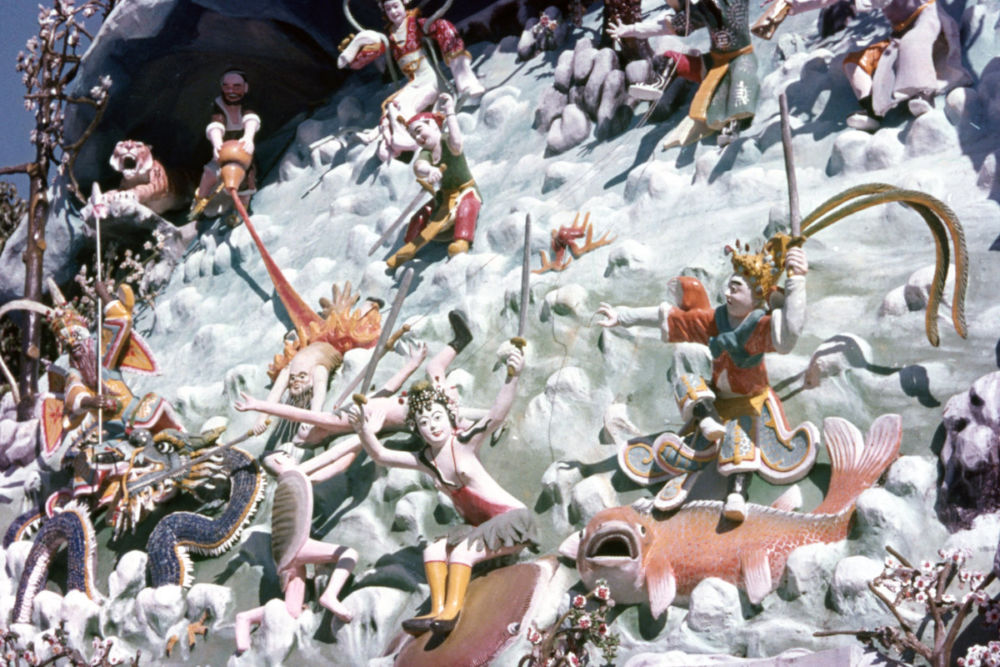 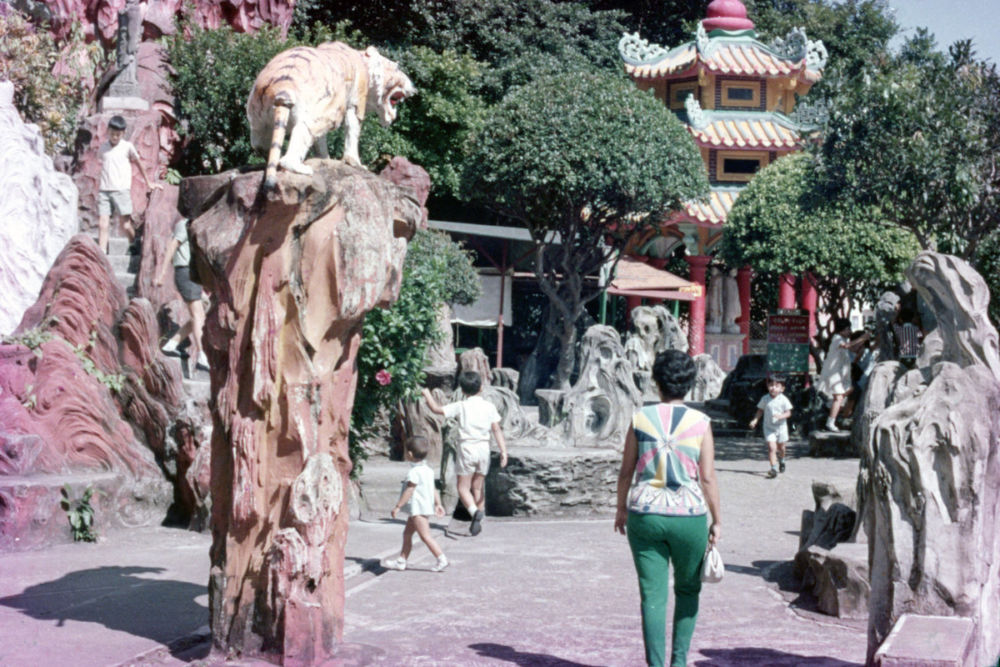 Into the tiger’s den

With the passage of time, the private mansion itself has experienced waves of drastic alterations. In its prime, the front garden was punctuated with a spring of running water. Topiary—bushes trimmed in geometric shapes—gave the front garden a distinct look that radiated the distinguished status of the Aw family. The Haw Par Mansion rose behind, with a façade built from ivory stones and red bricks topped with glazed green tiles.

While Haw Par Mansion no longer possesses its original charisma, visitors can roam freely inside the mansion. As you walk through the building, the front doors open into a spacious foyer sandwiched between two moon-shaped portals. Embellished with stained glass, one gateway depicts migratory birds tending to their feathers, while the other is inlaid with two life-size tigers, each bearing a lush orange coat. 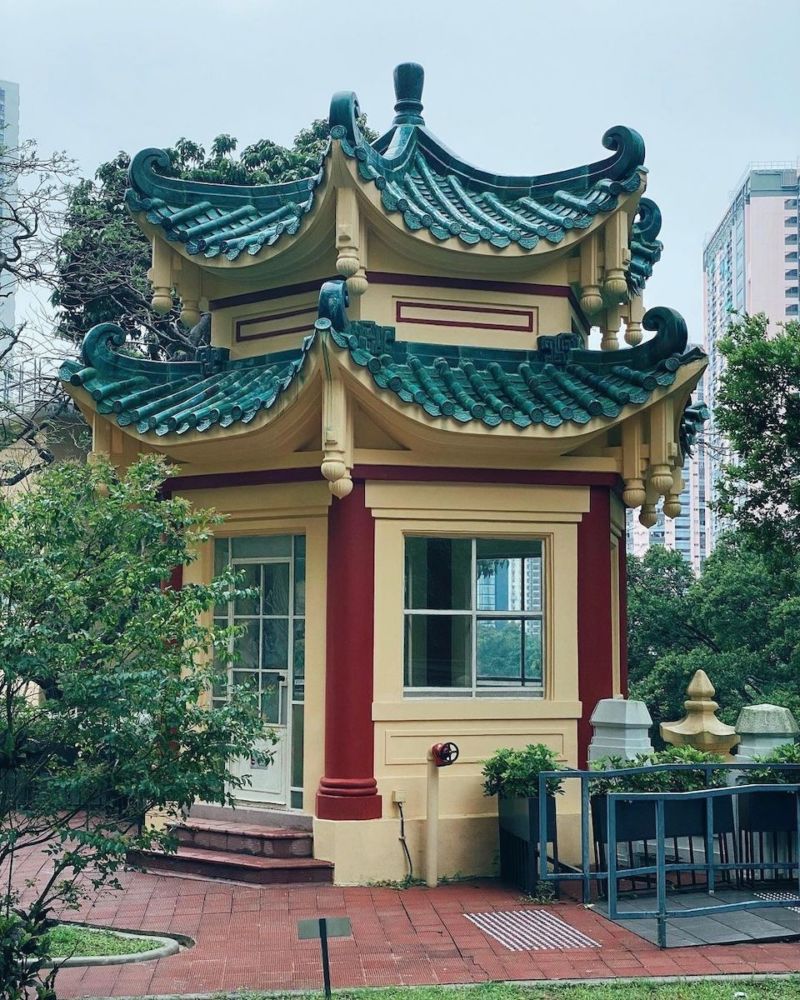 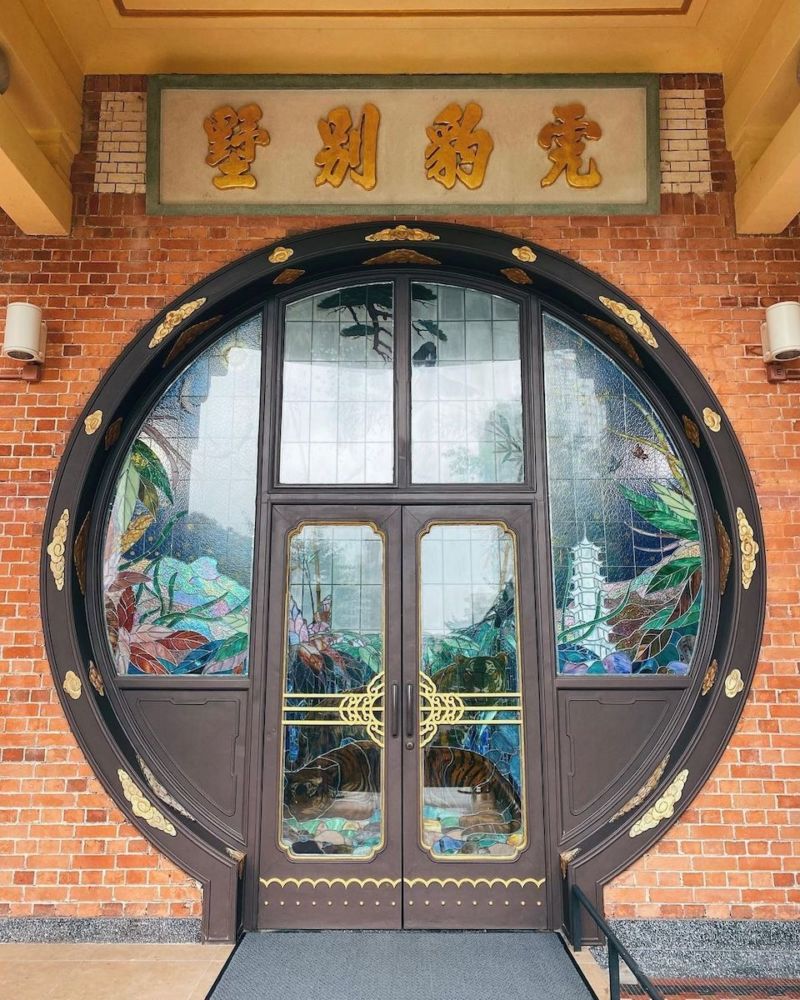 The backdrop to a famous urban tale

Haw Par Mansion not only gave its visitors a tantalising experience, but it was also the backdrop to a city-shaking headline story. One night in 1981, a series of unusual thunder and lightning besieged the sky above the mansion. When a worker attended his daily cleaning at the murals the following day, he found seven fox heads imprinted on a wall.

The foxes had deep black eyes believed to prey on the life of men to achieve longevity. The worker hurried away to warn his co-workers, came back, and found the wall at its original. Later on, in the same year, sightings of a fox fairy (狐仙; wu4 sin1) appeared in a nearby building in Causeway Bay. 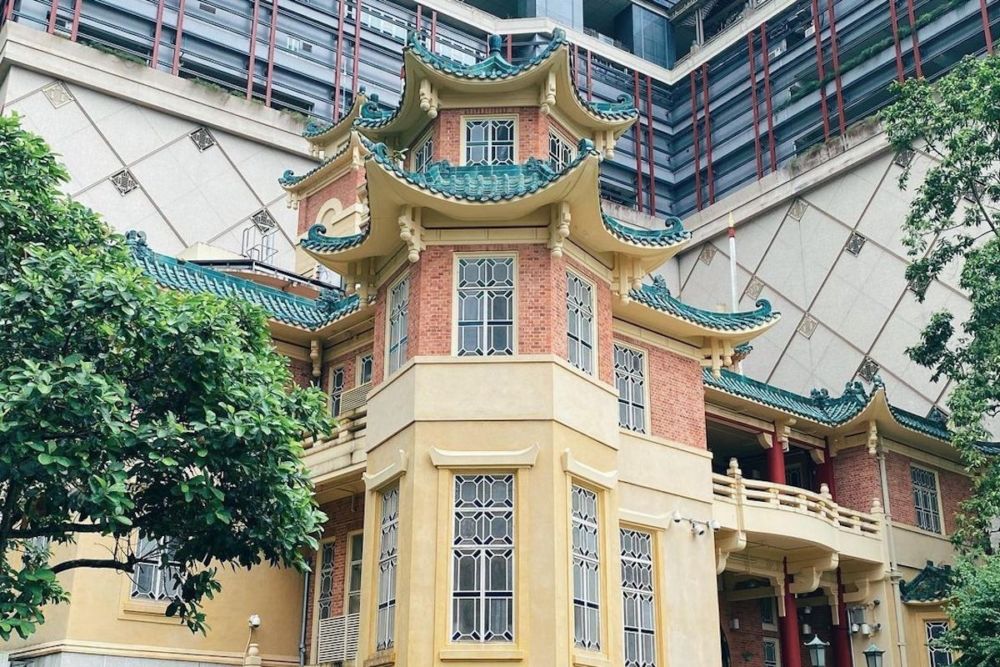 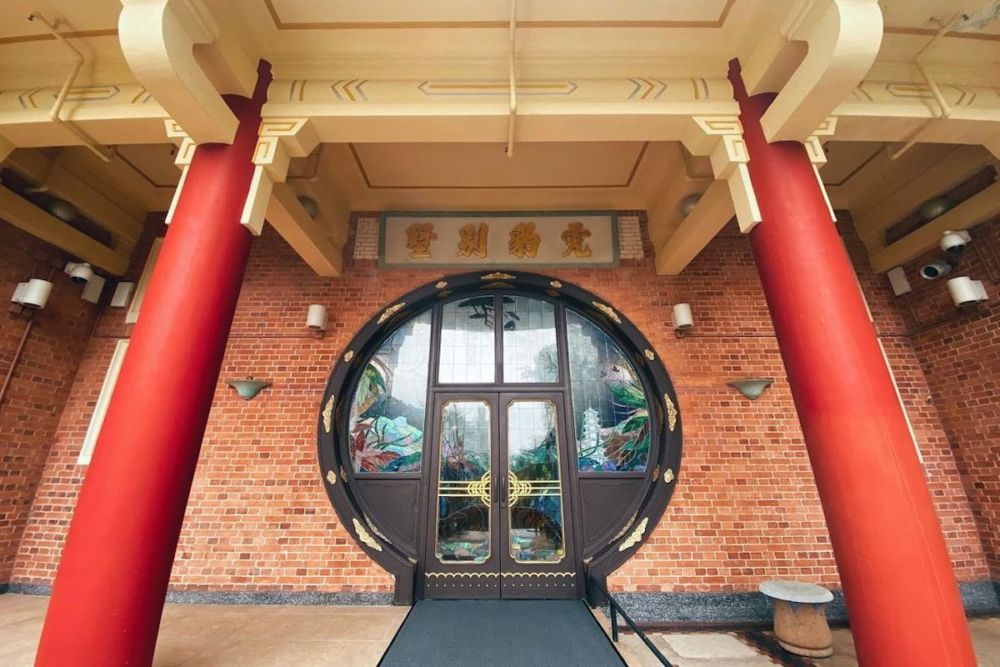 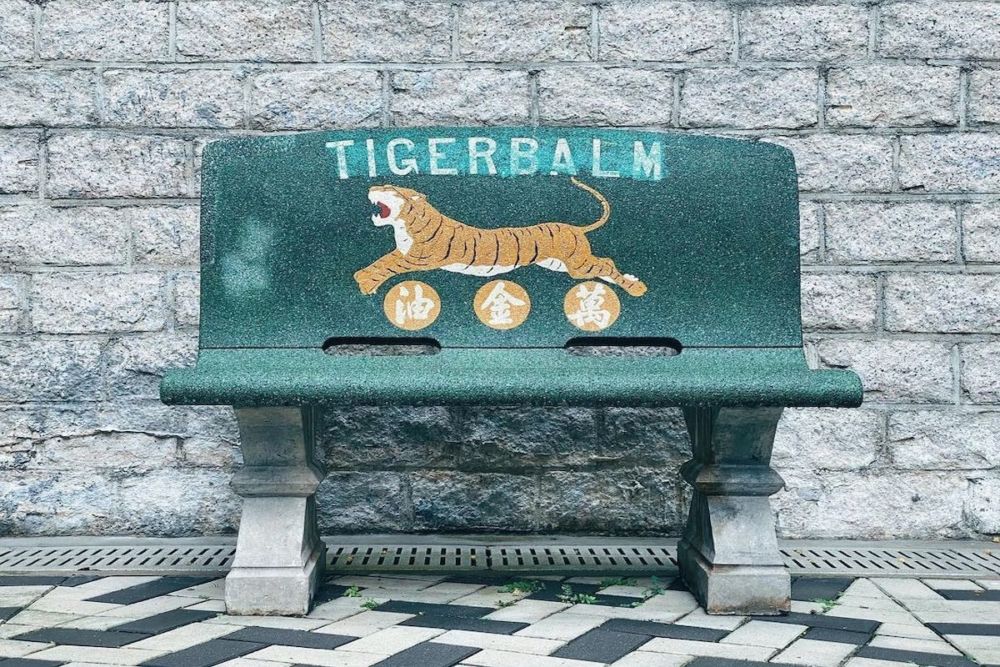 In 2004, the Tiger Balm Garden was demolished for redevelopment. Haw Par Mansion was classified as a Grade I historic building and is now home to Haw Par Music, where it continues its mission to advocate cross-cultural exchanges. It is open daily for visitations and guided tours with free admission. While it’s a pity how little is left of the original Haw Par Mansion, memories of this iconic complex are carved into the minds of countless visitors who once had the chance to take a glimpse inside the gates of hell in Hong Kong. 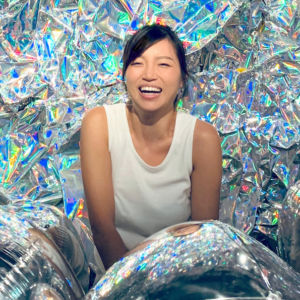