A century-old Romanesque water reservoir system hidden in Sham Shui Po is being demolished, causing an outcry in the Hong Kong community. You can’t be blamed if you’ve never even realised there was such a structure in this urban area, because the Sham Shui Po Fresh Water Break Pressure Tank is tucked away on top of Bishop Hill (also sometimes known as Mission Hill or Wo Chai Shan). Demolition is already underway, but it has recently come to light that there is a historical structure within the old reservoir, believed to have been built as early as 1930. Understandably, locals, as well as the Sham Shui Po district councillor, are calling for demolition to be halted immediately. 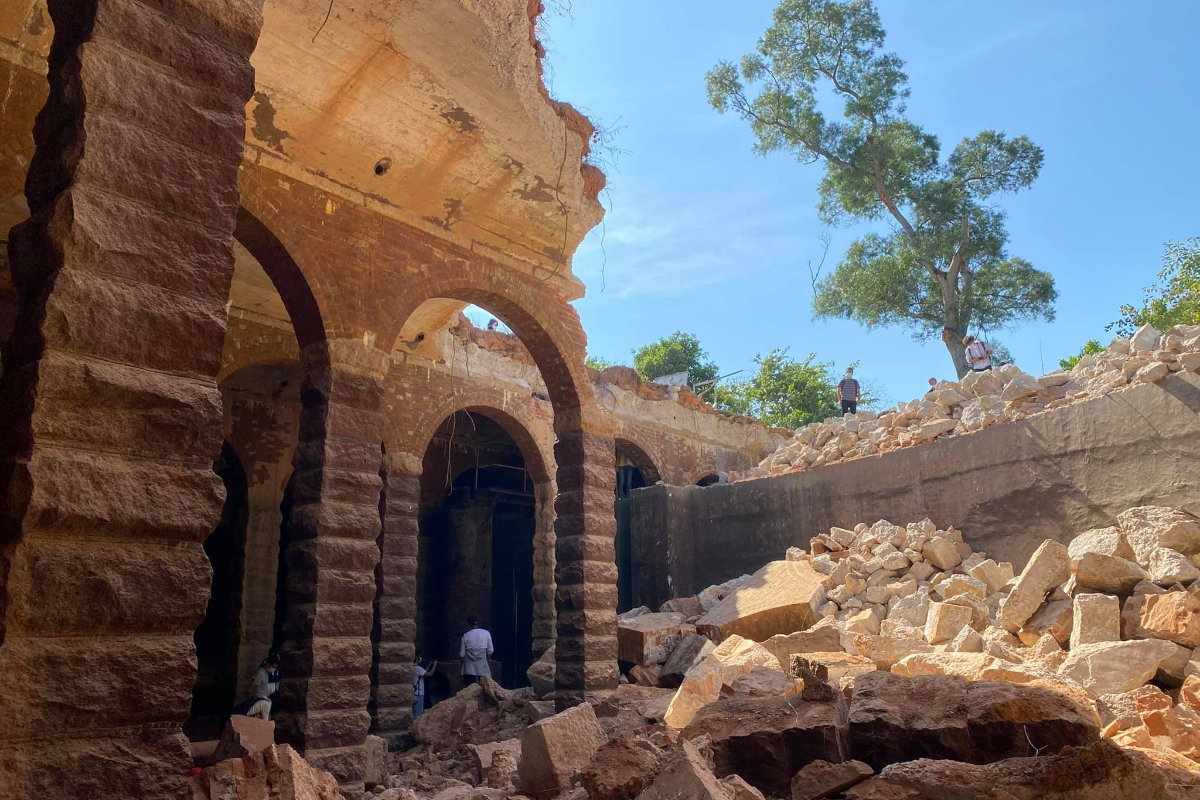 This old, red brick structure was constructed in a Roman style, complete with well-preserved arches and columns. Colonial-era documents and maps dated 1924 have already shown a service reservoir on Bishop Hill. Sleuthing Hongkongers have also matched old citations and maps and concluded this reservoir is the same as what used to be referred to as the Kowloon Tong Reservoir in 1900. Indeed, this bit of detective work seemed to be corroborated when the district councillor of Sham Shui Po, Kalvin Ho, posted on Facebook about the issue and included a picture of a column from the reservoir with the year 1909 inscribed on it. 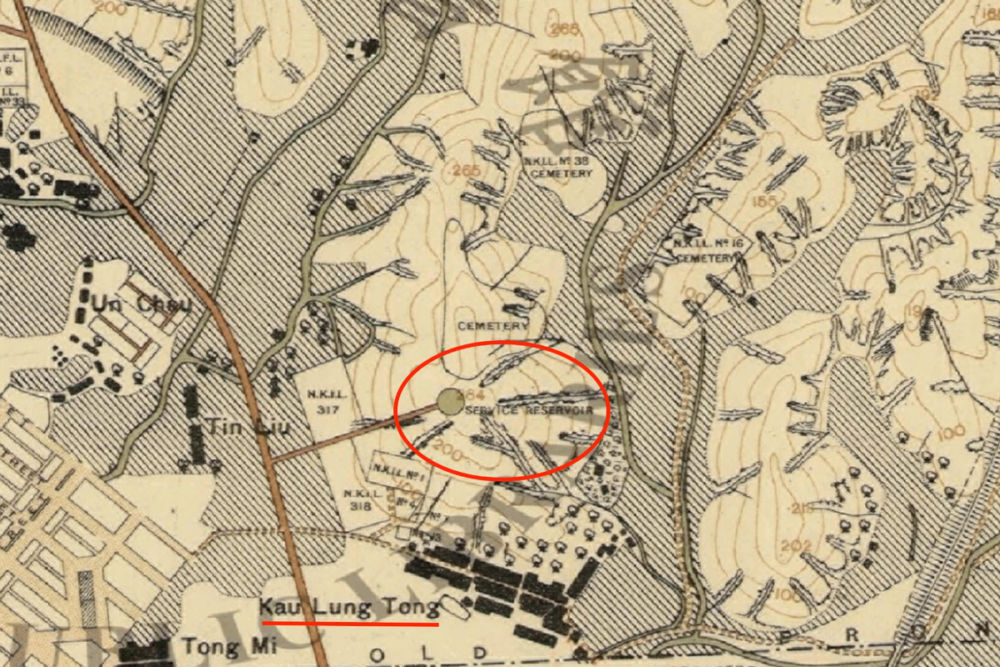 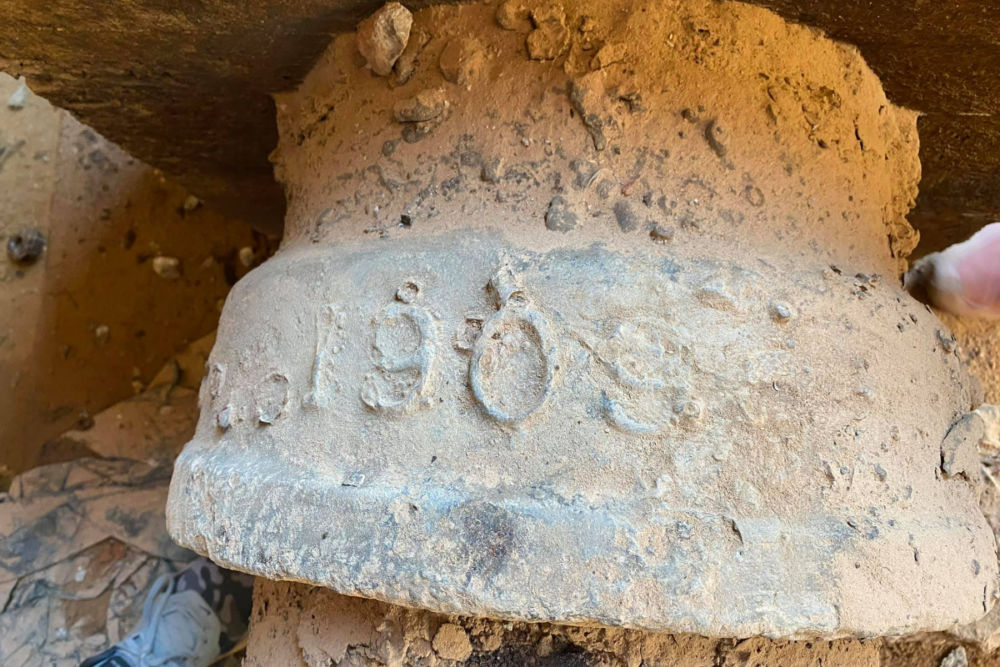 The issue surrounding the Sham Shui Po Fresh Water Break Pressure Tank has already been brought up in a district council meeting back in 2017. The WSD deemed it unnecessary for use since the water supply system in the Sham Shui Po area is already accounted for, and therefore concluded that the site should not fall under the purview of their department, and was exploring handing it over to the Lands Department for management.

According to minutes from the 2017 district council meeting, an expert had concluded that the water tank had problems with its structural safety and was not suitable for opening to the public. It was also mentioned that the demolition of the freshwater break pressure tank might necessitate the levelling of the hillside area substantially.

Apart from obviously wanting to see a historical site preserved instead of being torn down, another reason that Hongkongers local to the Sham Shui Po and Shek Kip Mei area are contesting this government decision is because the area around Bishop Hill has long been used as a friendly neighbourhood space. The reservoir structure itself may have long been abandoned, and the area at the top of the hill is fenced away, but that hasn’t stopped locals from venturing in and reclaiming the urban space for their community. 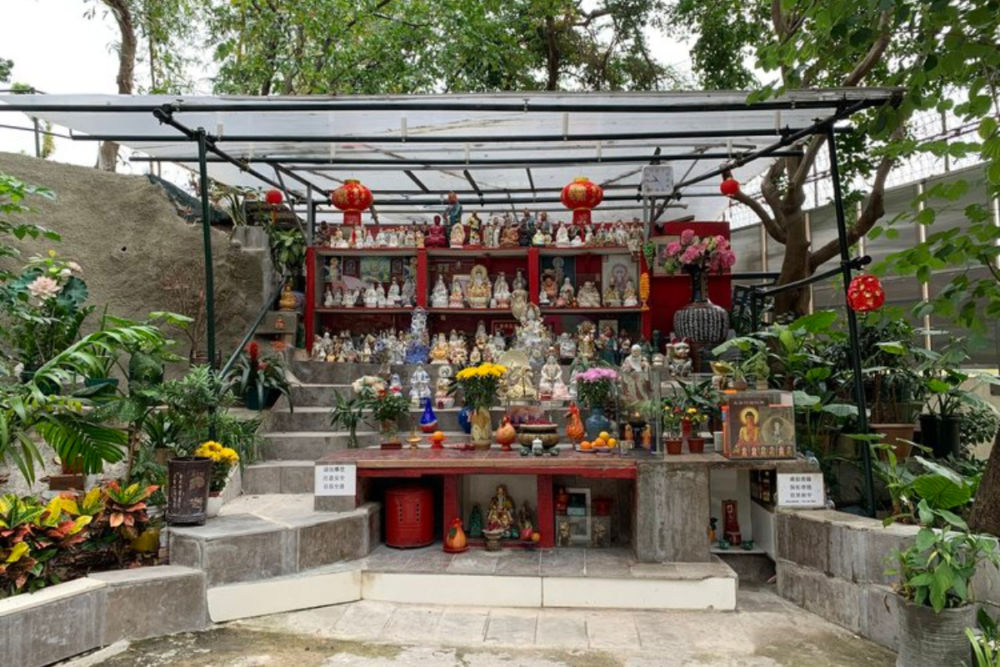 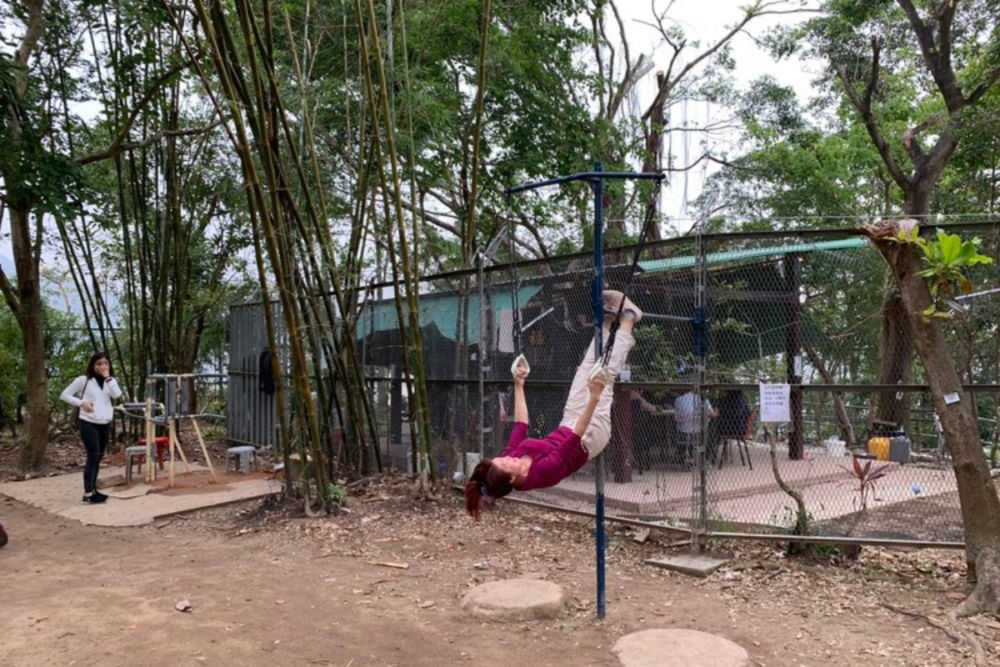 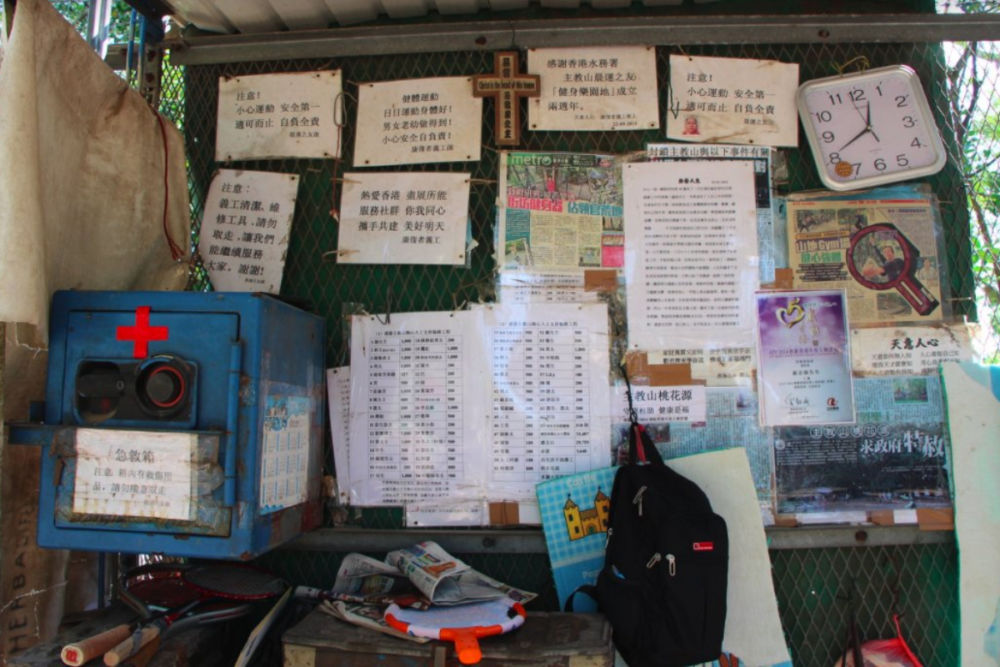 Kindly residents living nearby have been hauling equipment up Bishop Hill and constructing fitness and exercise stations by hand for years. The reservoir roof is now a community-made recreational space, funded and maintained out of the pockets and hearts of the locals who frequent it. Aside from fitness stations, they have also built railings alongside staircases for accessibility, a shrine to house religious statues collected from the hillside, and a shack with encouraging messages pinned up and a communal first-aid kit. The result is an organic, quirky swathe of space made by and for the community, with public equipment located both inside and outside the fenced areas—which technically makes usage of this area somewhat illegal.

Perhaps Bishop Hill has always been viewed as a bit of a sore spot by the authorities. The hill used to contain a large number of shanty shacks housing immigrants from mainland China. It is also known to have a population of stray dogs unusually numerous for such an urban area—the lane near Sai Yeung Choi Street North and the Police Sports and Recreation Club is known by locals as “Dog Poop Lane”—and the occupation of the hill by neighbourhood communities likely does not sit well either. 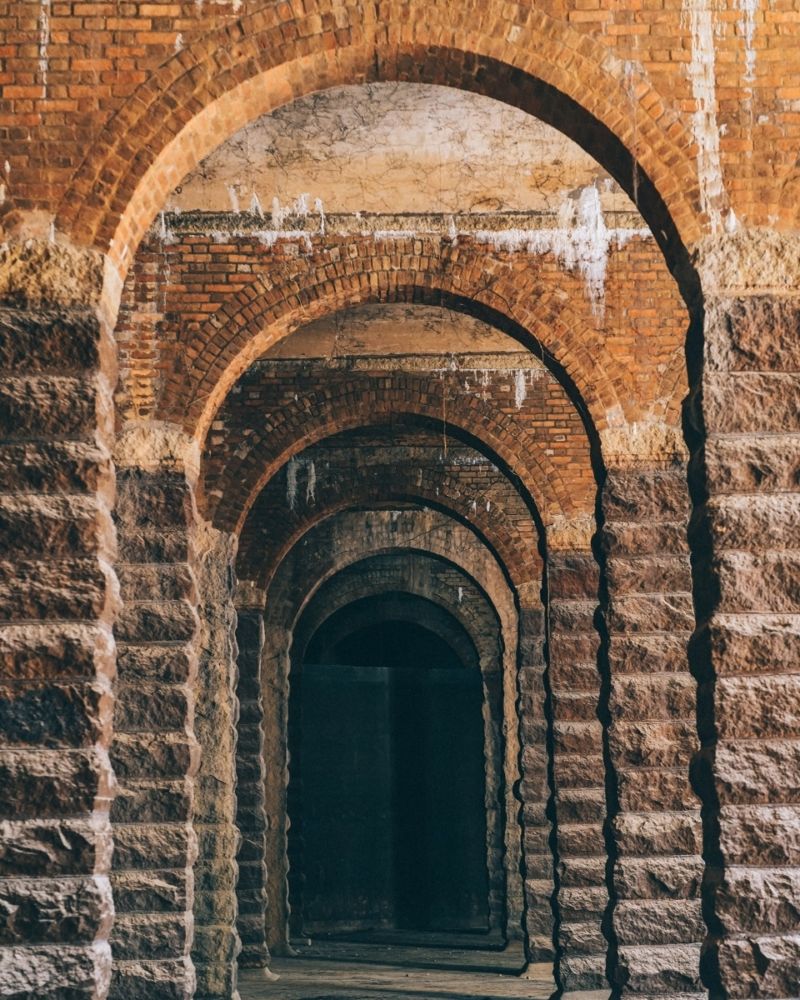 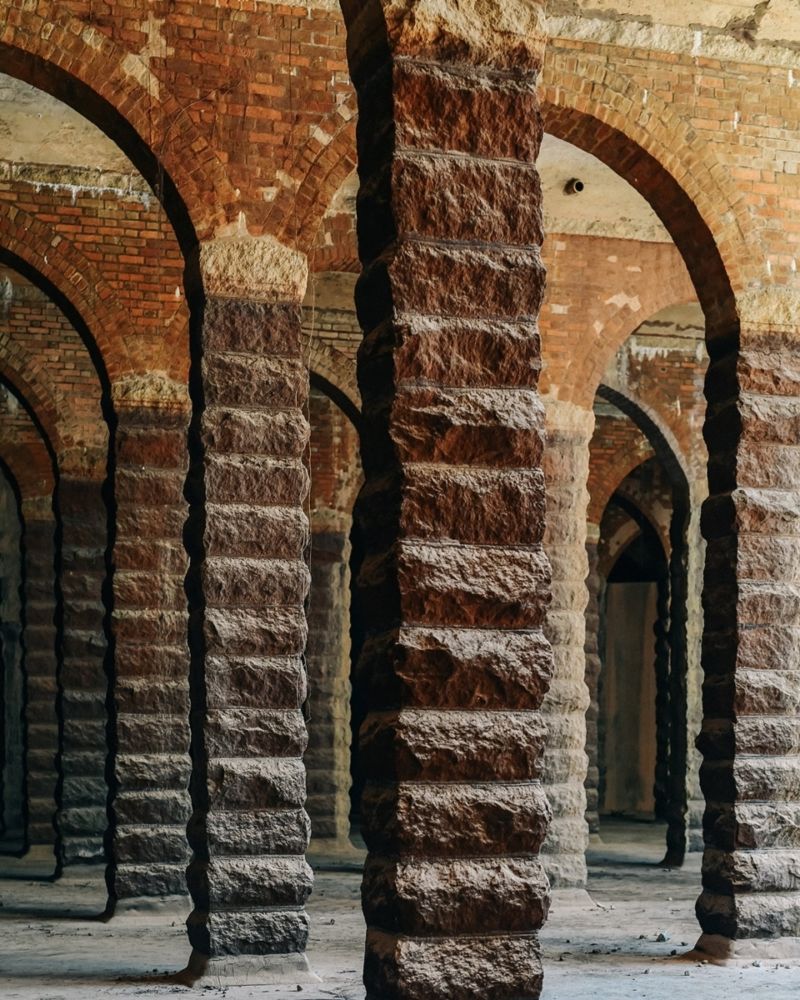 Concerned locals have been visiting the site to document it in photographs and ask after the demolition process, but the reservoir has since been cordoned off by workers and the public denied entry. Hong Kong government departments have always been notorious for weighing up structures by the value of the land it sits upon instead of by historical and cultural significance, so it remains to be seen what the final decision will be regarding the Sham Shui Po reservoir and the Bishop Hill community area.

8 outdoor superstitions to be aware of, according to Hong Kong aunties