A Heated Discussion - The Polar Bear in the Room

By Localiiz 2 September 2014
share:
September 2nd 2014 by Brian Adams Hong Kongers are busy people, rushing to work, dashing to a lunch appointment, or hurrying home for time with the family. But as we clamour about, do we consider the impact that our taxi rides, bus trips, or hired cars are having on the environment? The team at Greenpeace thought we could all use a reminder. So with the help of Pauline, a ‘polar bear’ operated by two volunteers, they took to the streets last month and shot our Video of the Week. Now edited and ready to be shared, Pauline can be seen touring Hong Kong, encountering the many sources that the NGO says contributes to shrinking amounts of arctic ice. https://www.youtube.com/watch?v=znq-lDM_29w   “We want to raise awareness,” Greenpeace Communications Officer Sandy Zeng tells Localiiz. The prominence of the Shell logo is no mistake says Zeng. “We want The Lego Group to cut ties with Shell – the Danish toy company is giving away Lego cars at Shell service stations.” 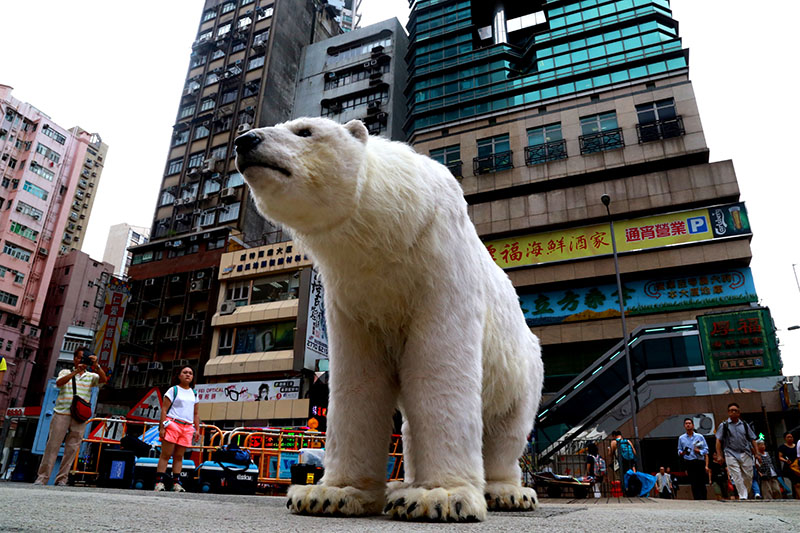 According to the U.S. Geological Survey, two thirds of polar bears will disappear by 2050. As sea ice melts, its absence impacts several aspects of the lives of polar bears according to the National Wildlife Federation (NWF), a U.S. based NGO focused on protecting wildlife. Less ice means a shorter hunting season and with average bear weights dropping, in some cases by up to 15 percent, reproduction rates are negatively impacted. The NWF also cites a single case to drive home the direct impact of ice melt. On its website the NGO highlights that a “female polar bear reportedly swam for nine days - nonstop-across the Beaufort Sea before reaching an ice floe, costing her 22 percent of her weight and her cub.” 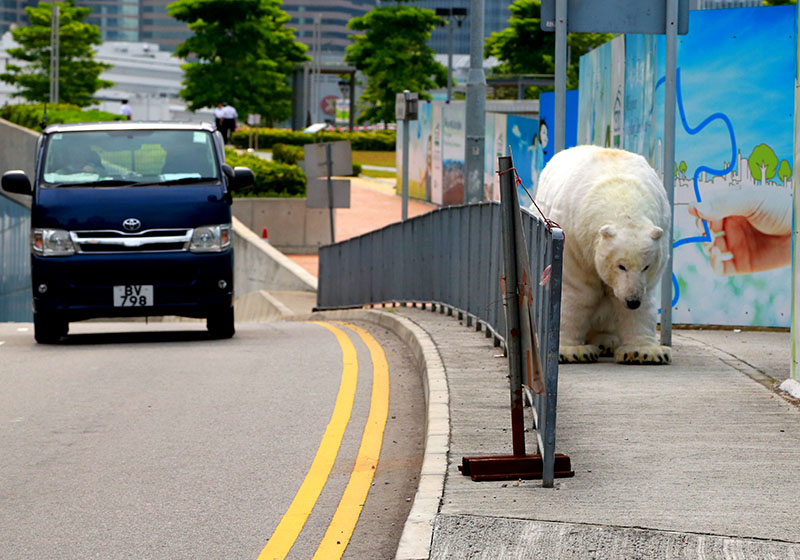 Pauline is on her own journey according to Zeng, travelling around the world on her way to Chile next month. More information regarding the Greenpeace “Save the Arctic” campaign can be found here . Got anything cool you'd like Localiiz to share? Send us your stuff!