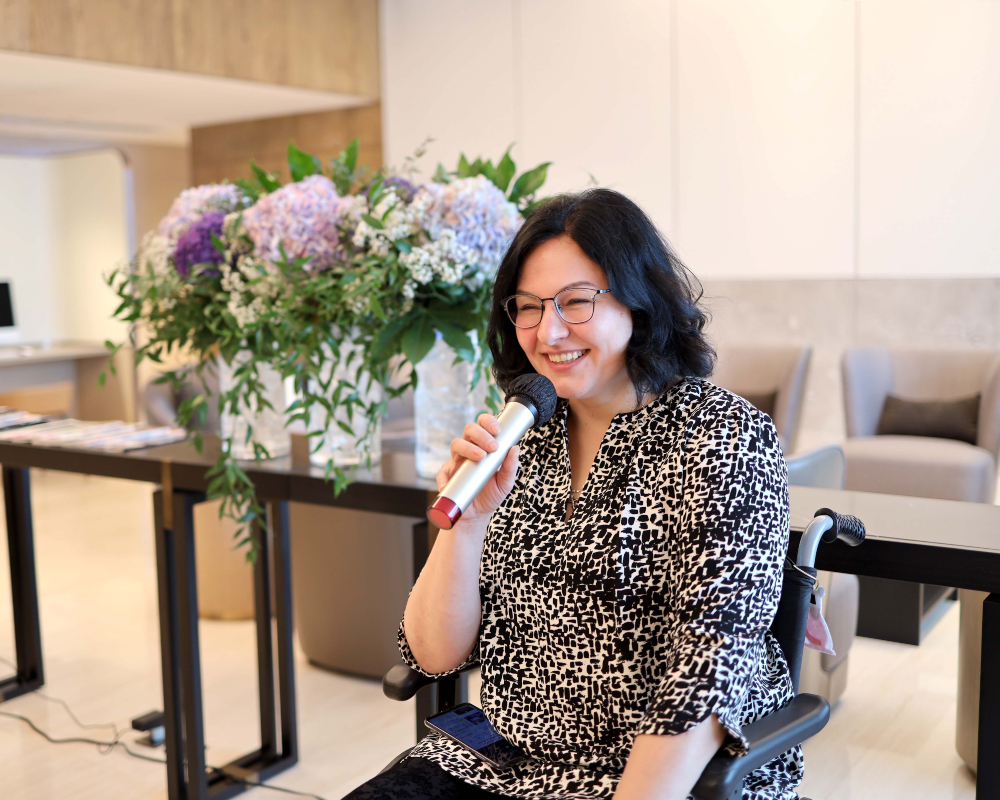 Born in Ukraine, Oksana Birkun has inherited her angel’s voice from her parents. She starts singing at the age of 5 and playing the piano at 9. Being incredibly gifted in music, she won The Regional Young Composers Contest at the young age of 14. Her singing techniques were further honed to perfection during her piano and vocal studies at university where she developed an interest and discovered talent in opera singing. Her singing talent has been recognized with her band receiving numerous awards in singing competitions. After settling in Hong Kong more than 15 years ago, Oksana has been leveraging the profound power of her beautiful voice to spread joy and love through casual street performances, intriguing flash mobs, and large-scale hall performances.