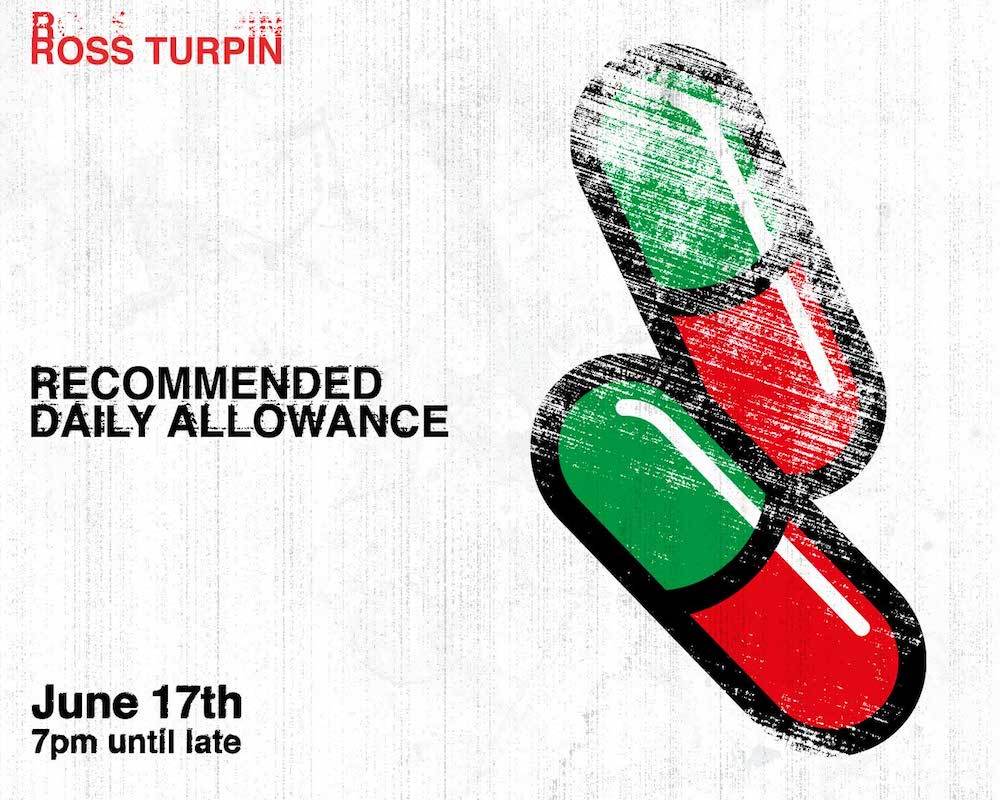 Young Soy Gallery presents Ross Turpin’s solo show, “Recommended Daily Allowance.” The show highlights Turpin’s signature pill images, which are among the most iconic street art in Hong Kong that span across town. Turpin’s pill combats the dark and frightening truth of his own mind; it represents a war against the hate, violence and chaos within him. His pill removes him from what is real, and allows him to endure the chaos of life and reality.

This show is not only the first time Turpin will be putting “the pill” out for the public to see, but it will also be accompanied by a series of work that tussles with similar ideas.

The show is one night only, and it would be a shame to miss your daily dose. After all, it is what the doctor ordered. Come and see it with your own eyes.