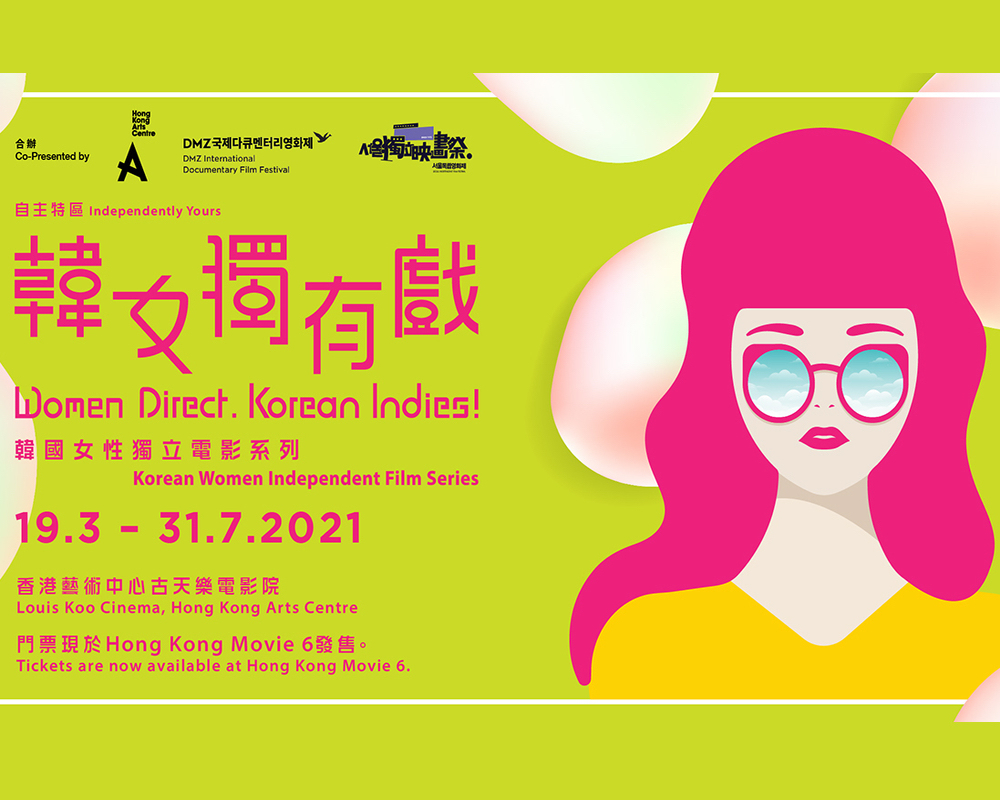 In South Korea, women have been voicing out loud through activist movements such as #EscapeTheCorset, #MeToo, #MyLifeIsNotYourPorn, and 4B (or Four No‘s— no romance, marriage, sex and childbirth). The first feminist political party, the Women’s Party, has also been recently formed to fight for more influence in the development of the deeply patriarchal and conservative Korean society.

More prominent and realistic images of women have also appeared in Korean cinema. A growing number of women filmmakers are creating courageous and captivating works to make their views be seen and heard, and #SendingMySpirit also encourages people to buy tickets for films with greater female involvement. Proudly presented by the Hong Kong Arts Centre, the DMZ International Documentary Film Festival and the Seoul Independent Film Festival, “Women Direct. Korean Indies!—Korean Women Independent Film Series” brings you on a journey to explore the recent wave of women’s independent cinema. The selected works observe and delineate women’s places and emotions in Korean society with great intimacy and delicacy, and will show you a diversity of women’s lives that you might not have experienced before.