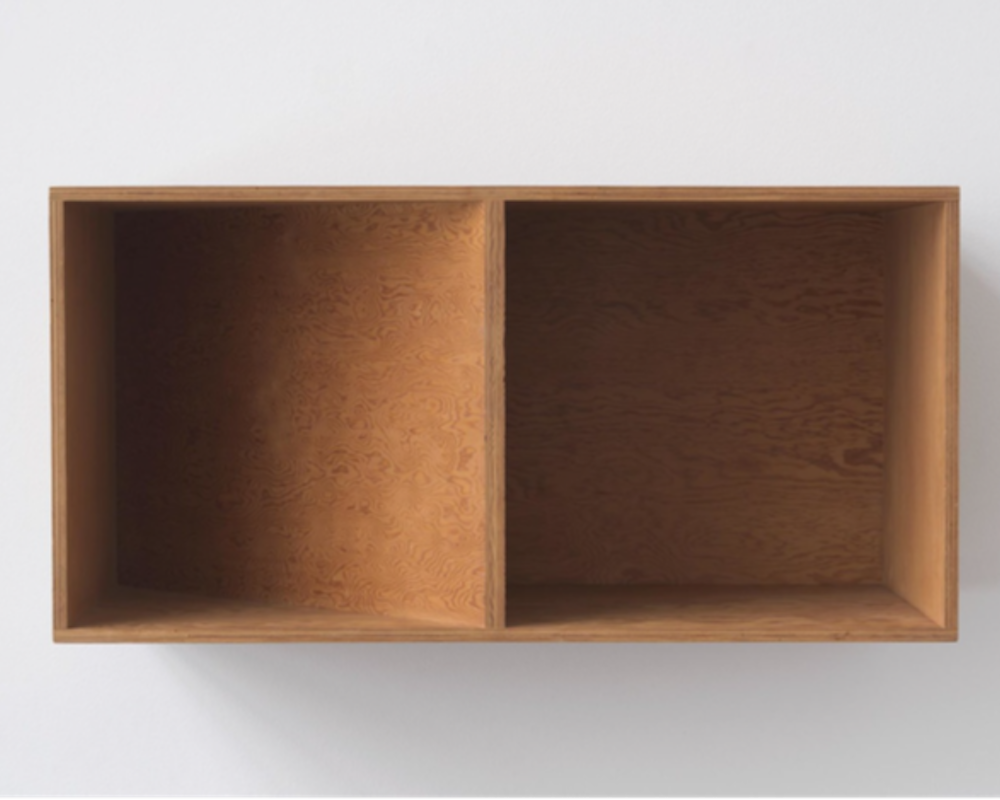 Gagosian is pleased to present the first solo exhibition dedicated to twentieth-century American artist Donald Judd (1928–1994) in Hong Kong. Judd played a central role in defining the art of his time, and his work continues to be influential today. The exhibition will feature significant pieces from the 1960s through the 1990s and is the gallery’s first presentation of Judd’s work since announcing its representation of the artist and Judd Foundation in September.

The exhibition highlights a selection of Judd’s single-unit wall pieces from 1965 through 1991, made with some of the primary elements in his material vocabulary including galvanized iron, coloured plexiglass, plywood, anodized aluminium, and painted aluminium. Also on view in Hong Kong are two floor pieces from 1989 made from unpainted Douglas fir plywood; together with a set of Judd’s woodcut prints. Created between 1992 and 1993 on handmade Korean hanji paper, the prints feature compositions of rectangular blocks and gridded forms in saturated colours.

Judd began as a painter in the 1950s, but by the early 1960s he came to regard spatial concerns as paramount (though he referred to his objects as three-dimensional works rather than sculptures). Through his globally influential visual work, as well as in his incisive critical and theoretical writing, he articulated new possibilities for art that exists on its own determinedly physical terms, removed from notions of metaphor and illusion.

To this end, he designated that his works were untitled and developed new terms to describe them, including wall piece—a single unit or multiple units designed to hang on the wall—and floor piece—a work that stands directly on the floor without a traditional sculptural pedestal. Examples of both with be presented at Gagosian Hong Kong.