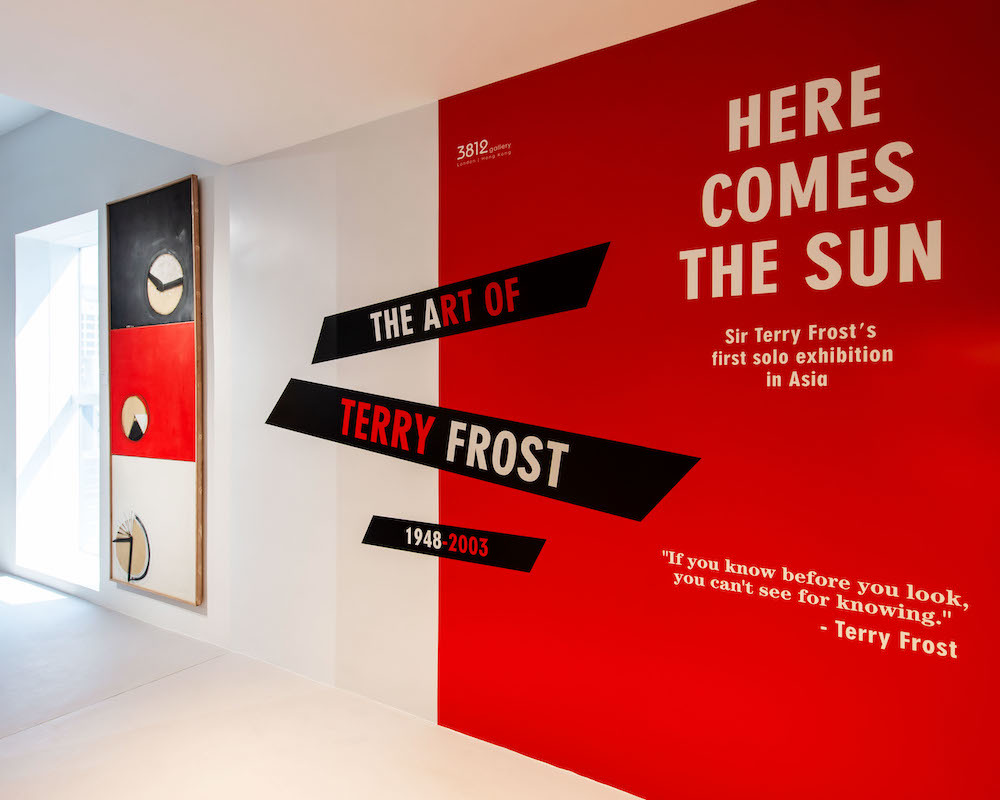 Celebrating its tenth anniversary, 3812 Gallery is pleased to announce the opening of its new 3,600 square-foot gallery space on Wyndham Street, Central opening on 25 February 2021. For its inaugural show, the gallery will present the first solo exhibition of Sir Terry Frost RA (1915-2003) in Asia, entitled “Here Comes the Sun—The Art of Terry Frost, 1948-2003.” The exhibition will display 20 acrylic and collage paintings, and oil on canvas works, created by this seminal figure in modern and post-war British art between 1948 and 2003.

As suggested in the exhibition title, “Here Comes the Sun” showcases Frost’s signature use of warm and shining colours, alluding to the Pearl of the East with rich historical and cultural significance. Throughout his career, St Ives had a profound effect on him, as it was this very place where Frost's artistic vision found true expression. His paintings took on the feel of the landscape around him as he explored the idea of natural forms as emblems of abstract forces. This exhibition establishes a dialogue that transcends the boundaries of time, space and culture between the coastal dwellings of St Ives and Hong Kong. The humanistic spirit of the two beautiful places meets here, bringing together the East and West through the important works of Terry Frost.