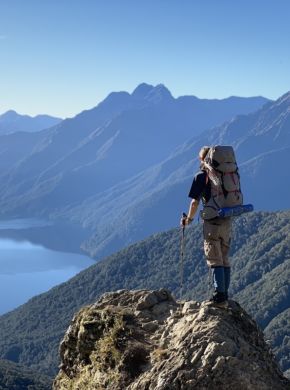 Marine scientist, nature nut, and filmmaker, Nick Roosen’s passion for exploring the great outdoors is matched only by his curiosity to learn from vanishing cultures. Literally raised in a jungle, Nick is most in his element when studying saltwater crocodiles in Australia’s Northern territory, filming flying snakes in Borneo, or sharing a laugh with Himba communities in Northern Namibia. He loves telling stories that give a voice to culture, conservation, and wildlife.