Where to Travel in Asia During the Half Term Holidays

For teachers, parents, and students, a week-long holiday breaking up the school term offers a welcome and much-needed respite. And for those who don’t live their lives around semesters and school holidays, we’re going to take a stab in the dark and say you probably need a holiday anyway. If you're in need of a little travel inspiration this October, then look no further than these top destinations.

Beijing is a cultural capital that should be on all travellers' bucket lists. October is also one of the best times to visit. With the scorching summer a mere memory and the bitter cold yet to set in, temperatures tend to hover around the 20°C mark. To top it all off, with Golden Week having recently passed, the skies are (relatively) pollution-free, too.

An hour's drive from Osaka, Kyoto boasts beautiful temples, stunning side-streets, and one of the most walkable cities in Asia. While spring and cherry blossom season are popular times of year to travel, the falling autumn leaves offer an equally picturesque backdrop to your travels (and hopefully one with fewer tourists). If you can be flexible with your timing, the Jidai Matsuri (Festival of the Ages), which takes place on October 22, is a unique historical festival well worth catching.

They don't call it an Indian summer for nothing. Thankfully, the phrase (and its autumnal reality) make for a much more palatable temperature than Delhi in July. October is one of the dryer months of the year too, and skipping monsoon season can save you a day or two stuck indoors. With Diwali taking place on November 7, a visit in the weeks leading up to the festival of lights will have you experiencing India in all its glory.

For those short on time, Hanoi makes for the perfect weekend break. With October firmly in the city's dry season, visitors can enjoy cooler climes and a less humid atmosphere. With museums, lakes, and a mixture of ancient and colonial architecture scattered across the city, there's something to suit every type of traveller, and you're sure to find a good bowl of pho around most corners.

Offering one of the nearest city breaks to Hong Kong, Taipei has a whole host of offerings, not least of which is its street food. But if you're setting a week aside, venturing further afield from the centre and down the east coast will take you along a picturesque route to Taroko National Park. Known for its hot springs and eponymous gorge, nature lovers won't be sorry they strayed from the city for a day.

While you're not entirely out of the rainy season, Kota Kinabalu's tropical climate means you're seldom in for a full day of downpour. Using the city as your base, island hop from Jesselton Point to one of the many islands around Tunku Abdul Rahman National Park. For the physically fit looking to challenge themselves, October boasts some of the best climbing conditions for Mt Kinabalu, Malaysia's tallest mountain and a World Heritage site.

Why not do a little Seoul searching on your next holiday? In Hong Kong, famous South Korean exports include K-pop and barbecue, but if you're looking to go straight to the source, then hop on a plane and experiment the real deal. In this city of nearly 10 million people, navigating the sprawling metropolis does take some time, but if you've got that to spare, a week spent exploring Seoul and the surrounding areas will fly by. 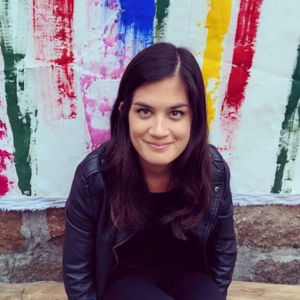