With Jakarta’s unpredictable weather and congested roads, many of its natives like to city-hop to neighbouring places such as Bandung. The capital of West Java does have a colder climate, thanks to its geographic location where the city lies on a river basin and surrounded by sturdy mountains. This also makes Bandung one of the few cities in Indonesia with less tropical temperatures.

However, its cooler climate is not the only reason why people flock to the city of eleven-million residents. From delicious gastronomy and plentiful shopping to natural sanctuaries, Bandung is a charming metropolis with a flair like no other. Here are the five main reasons why you need to take notice. 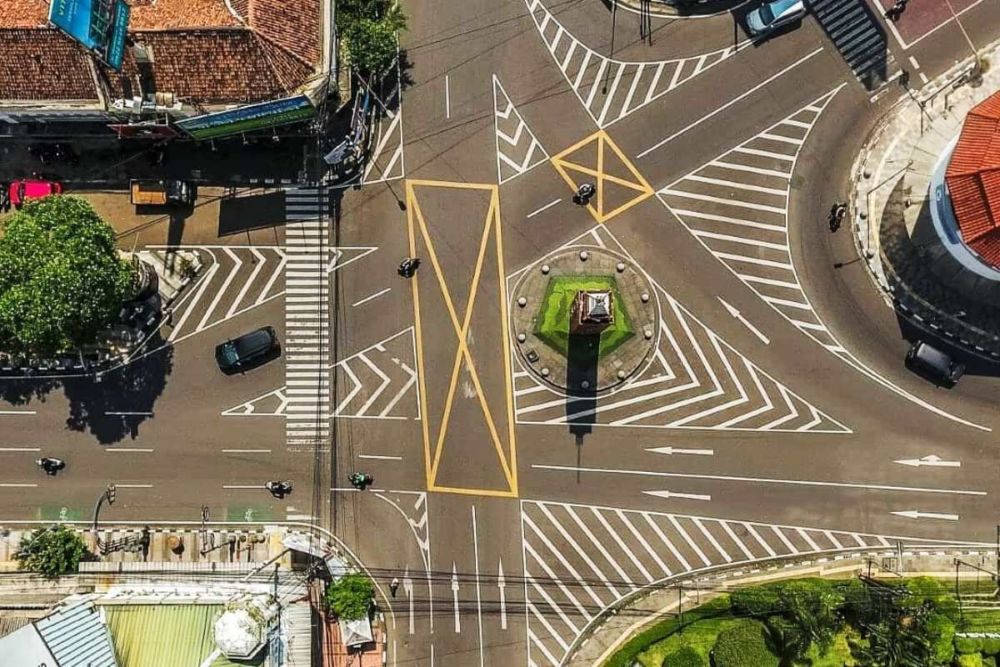 While Bandung is vast on its own—with highland areas in the north and modern attractions down south, the quintessential city is also blessed with wide concrete pavements for passersby to explore the city by foot. Take its two popular streets for instance—Braga and Asia Afrika Street. Braga is a promenade street that houses chic cafes and restaurants and was once named the “Paris of Java” for its fashion maisons back in the 20s. Nowadays, you can stroll through the breezy road, have a good meal, and marvel at the bright colonial Dutch buildings along the road.

Elsewhere, once known as De Grote Postweg, the Asia Afrika Street was constructed in the 50s for the historic Asean-African conference. The street boasts a plethora of Dutch architectures, like Kantor Pos, Gedung Merdeka, Hotel Savoy Homann, Museum Asia Afrika, among others. 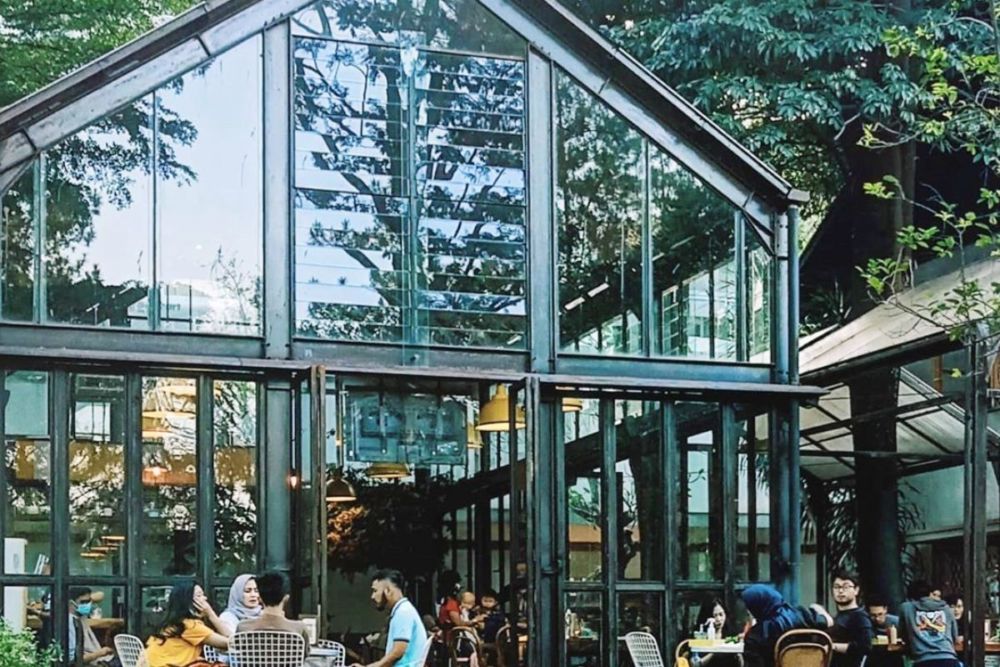 Bandung has a more unique F&B scene when compared to Jakarta, and has a reputation for being a food haven. Chic, vibrant, and youthful, you can find a mélange of eateries serving delicious meals from the West to the East at affordable prices.

For an outdoor setting, do visit Hummingbird Eatery and Miss Bee Providore where this house-turned-restaurant will leave you breathless with its design and menus. Want to sample local food? Try Purnawarman Restaurant in Hilton Bandung or Paviliun Sunda for the best Sundanese meals. There are also colonial Dutch eateries that should not be missed, like Braga Permai Restaurant and Glosis Restaurant—the oldest steakhouse in town.

Don’t forget to visit the upper hills Dago area, where exquisite restaurants offer stunning city views. The Valley Cafe has top-notch steaks and a million-dollar vista, while Cocorico is a hilltop restaurant with skylight interior and scrumptious Indonesian fares. 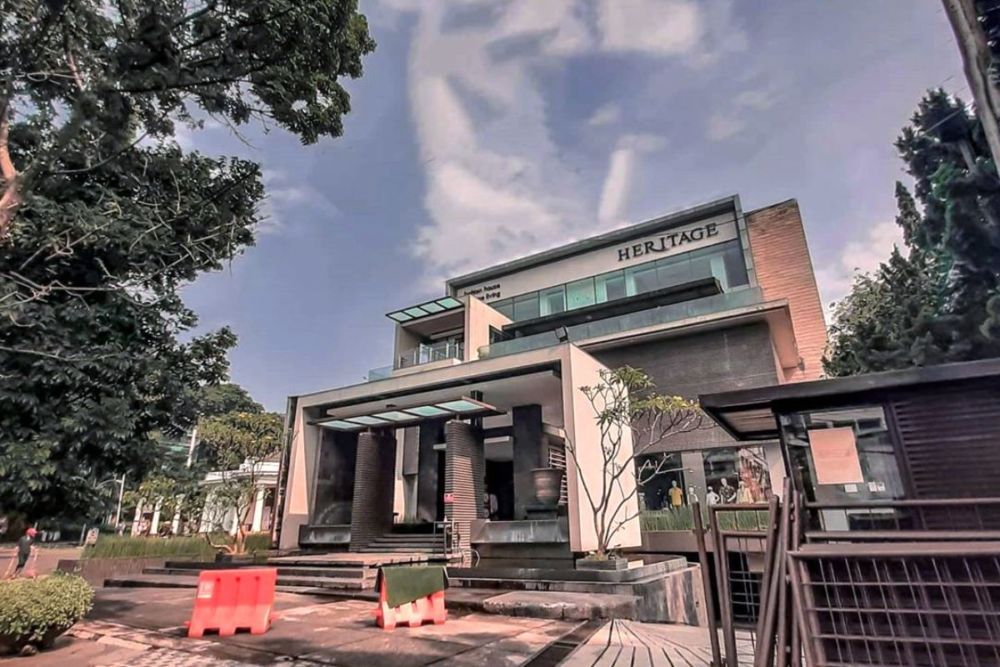 Asked any Indonesian why they visit Bandung and chances are they will answer “to shop”. Popular for its factory outlets, Bandung is the place to go for stylish wardrobes at affordable prices that come directly from branded garment factories. You will find a wide array of denim stores on Cihampelas Street in Northwest Bandung, for brand-name jeans at cut-throat prices. Meanwhile, Setiabudi Street, Dago Street, and Riau Street are also packed with buyers who swarmed these trinity areas to get their hands on the latest branded items.

Bandung is also the centre for home-grown labels. Nowadays, there are more than 300 local distros—short for the Indonesian term distribusi, or distribution—that sell Indonesian fashion labels that are trendy, comfortable, and come with modest price tags. Trunojoyo Street is the most popular option. 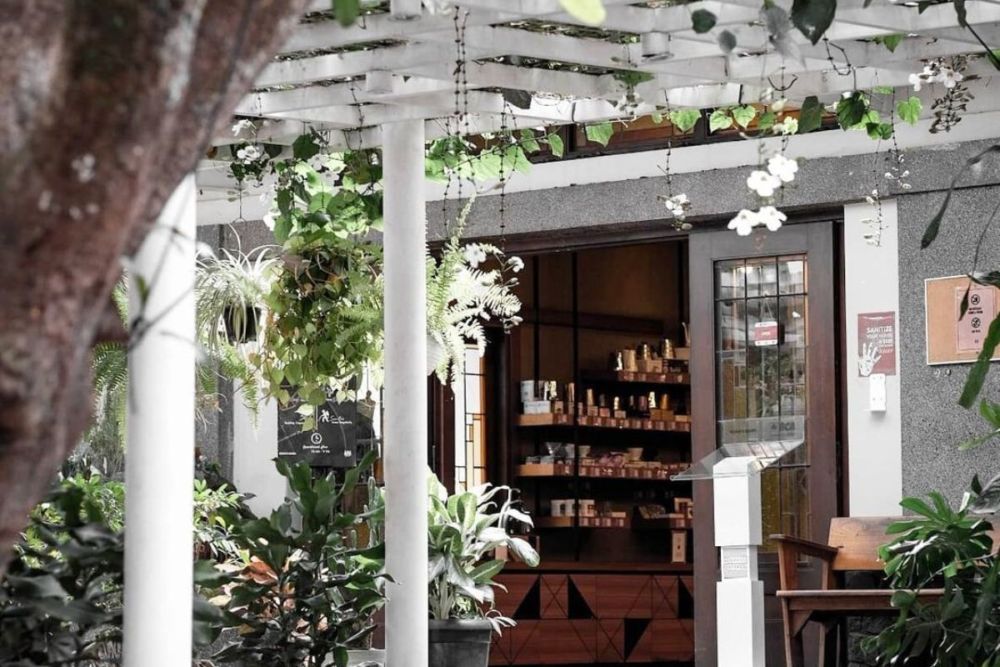 It’s true that Bandung restaurants have their own panache, but its coffee shops are surely the cherry on top. With swanky coffee shops spread around its nook and crannies, Bandung’s brewing game is one-of-a-kind. Warunk Upnormal has multiple branches in Jakarta, but its original home in Bandung holds a special place in many hearts, where you can enjoy its specialities—a bowl of warm noodles and delicious caffè latte.

Furthermore, Noah’s Barn in the Dago area features an expansive list of single origin coffee served in expansive settings. Want to get closer to nature? Visit the famous Cafe D’Pakar, also in Dago, and indulge in its banana fritters and a cup of warm Joe while gazing at the towering mountains. 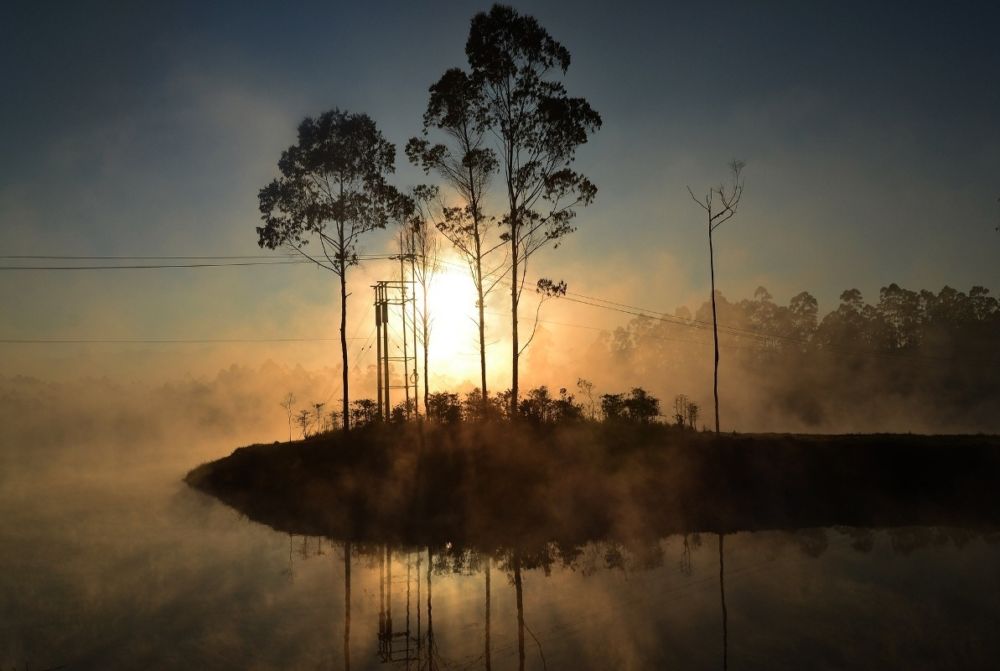 Whether it’s swimming in the green canyons, exploring ancient caves, or camping on the highlands—there are countless natural attractions to visit around Bandung. The picturesque Green Canyon by the Cikahuripan River is surely a sight to behold. With towering cliffs and widened rocky walls next to the river, the turquoise water goes four metres deep. Don’t worry, there are also some shallow spots for you to dip your toes. Note—there’s a IDR500 entrance fee.

Tucked away in the Padalarang area is the majestic Pawon Caves that can be reached after a good 20-minute hike up Mount Pasigit. Interesting tidbit—the serene caves became a historic site when ancient human remains were found there by scientists back in 2016. 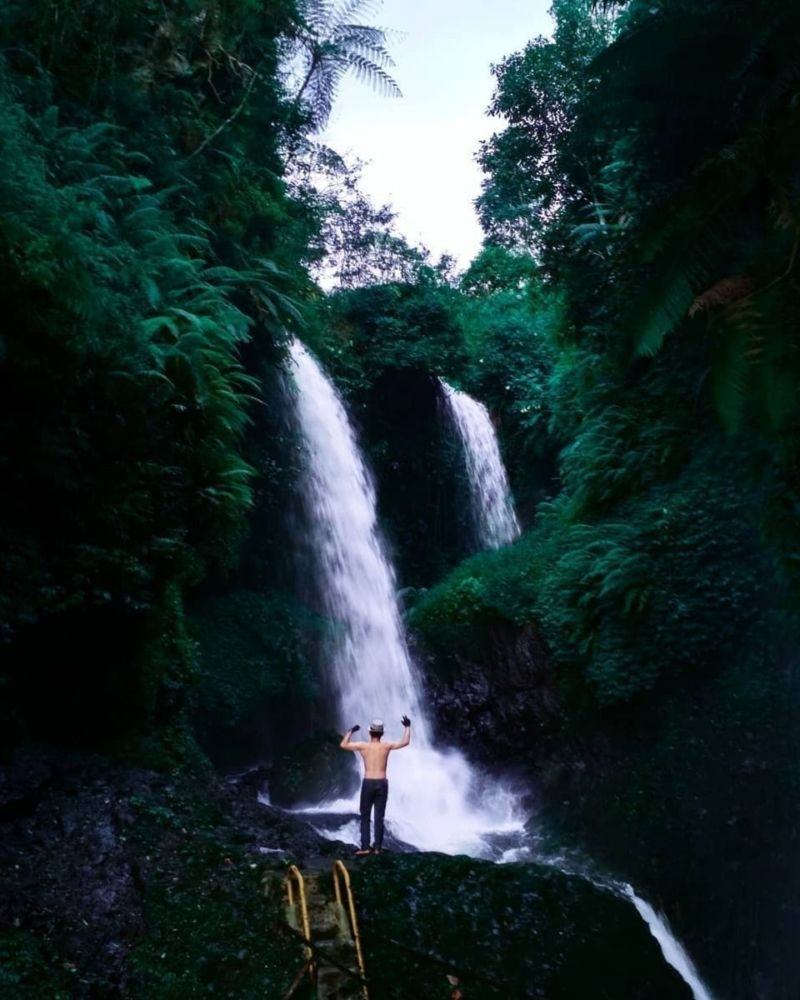 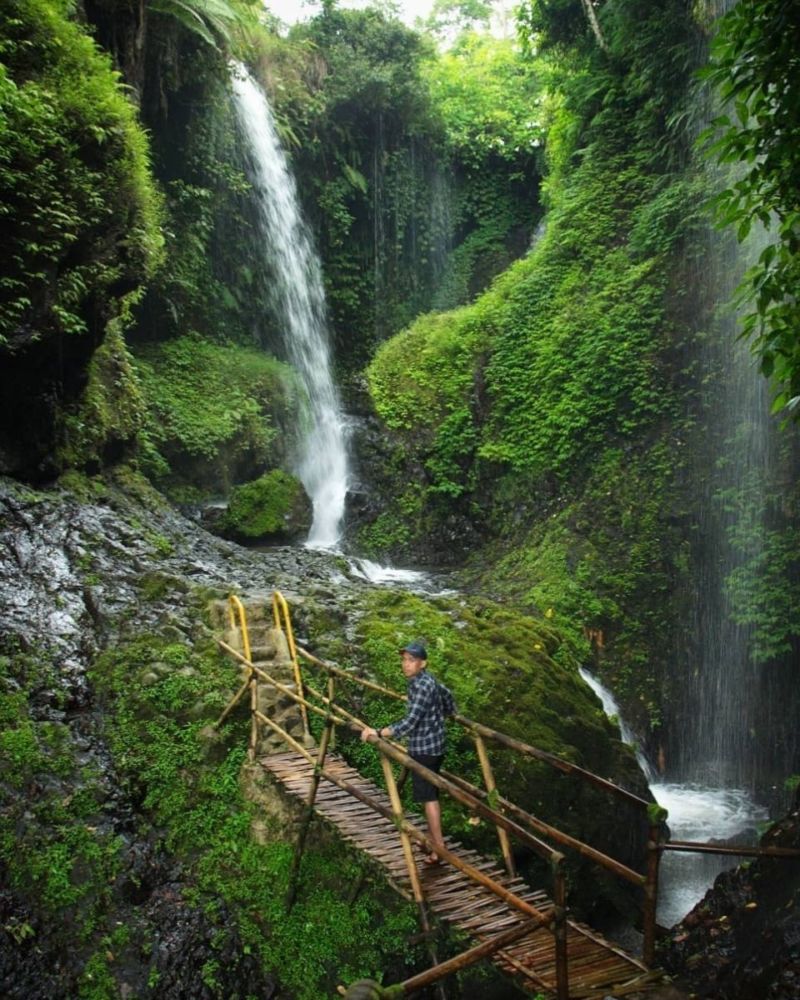 Meanwhile, you can set up your tents and enjoy four different waterfalls and two caves at Ciwangun Indah Camp, located in the Parongpong area. The most popular sites here are the Tilu Leuwi Opat Waterfall, which is enveloped by surrounding pine forest followed by a gorgeous tea plantation, and the pristine Situ Lembang River. 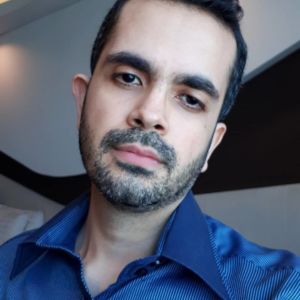 Business graduate turned writer, Umesh spent the last decade writing for luxury lifestyle magazines in Jakarta that allowed him to travel the globe and live a good life. With Bali as his favourite island and Tokyo as the most magical city, he loves visiting new haunts, local bars, and scouting for the next vegetarian sensation. When he is not writing, he can be found in a movie theatre or at nearby art exhibitions. Find his musings on @cosmiknaga.