How to Travel to Hong Kong with Pets

Most of the pet parents these days consider their pets a part of the family and the thought of leaving behind their pets when travelling makes them very sad. It is for this reason many pet parents prefer to travel with their pets. While it’s true that travelling with pets is extra work, expense, and even a hassle at times, but the benefits for both pets and their pet parents are many. Hong Kong is a popular destination for travellers who like to travel with their pets, but the requirements to travel with your pets in Hong Kong can be somewhat complicated.
Anoop Nain, a pet-loving marketing manager at Enuke Software who spends most of his time studying gobs of data to find trends related to mobile app development and the software development market, has compiled a list of the most important things to know if you are planning to travel with your pet to Hong Kong. 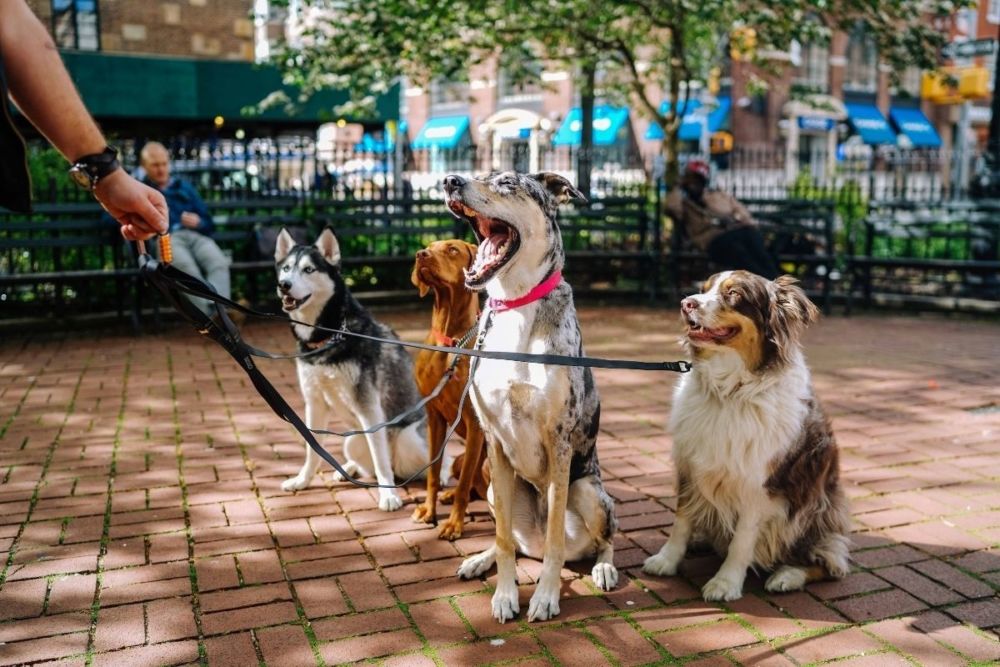 Whether you have a pet dog or cat, of whatever shape and size, you will need to obtain an import permit in order to gain entry into Hong Kong. As pet import permits can be tricky to obtain, it's important to start early and understand the protocol carefully. The guidelines are clearly set out, so you should face no problem doing it on your own.
How to apply for the permit? The application should be submitted by the applicant in a prescribed form (Form No. AF240). Facsimile copies are available from the interactive telephone at +852 2708 8885.
What is the fee? A fee must be paid at the time of the application. The fee for one animal is HK$432 and HK$102 for every additional animal.
How to apply? You can apply either in person or by post to the Import and Export Section of Hong Kong’s Agriculture, Fisheries, and Conservation Department. Import and Export Section, Agriculture, Fisheries and Conservation Department, 5/F, Cheung Sha Wan Government Offices, 303 Cheung Sha Wan, Kowloon 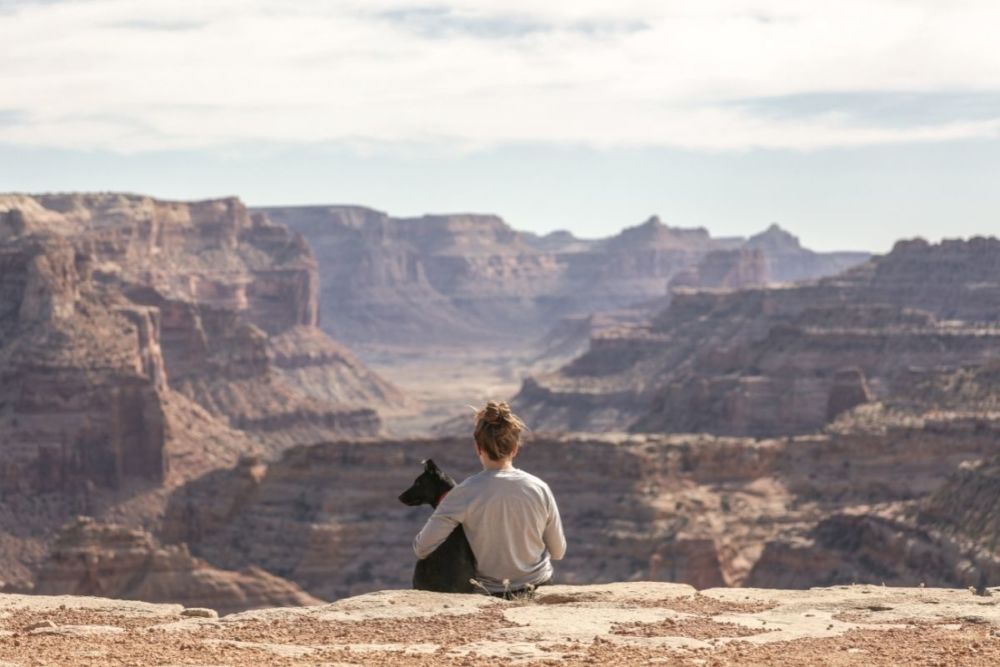 If you are planning to travel to Hong Kong with your pet, your pet will require a DEFRA (Department for Environment, Food and Rural Affairs) export health certificate. This certificate confirms that your pet has received all the required vaccinations and doesn’t carry any infectious diseases. It is also very important that your pet receives all the mandatory vaccines. The vaccines must be administered between 10 days and 12 months prior to travel. 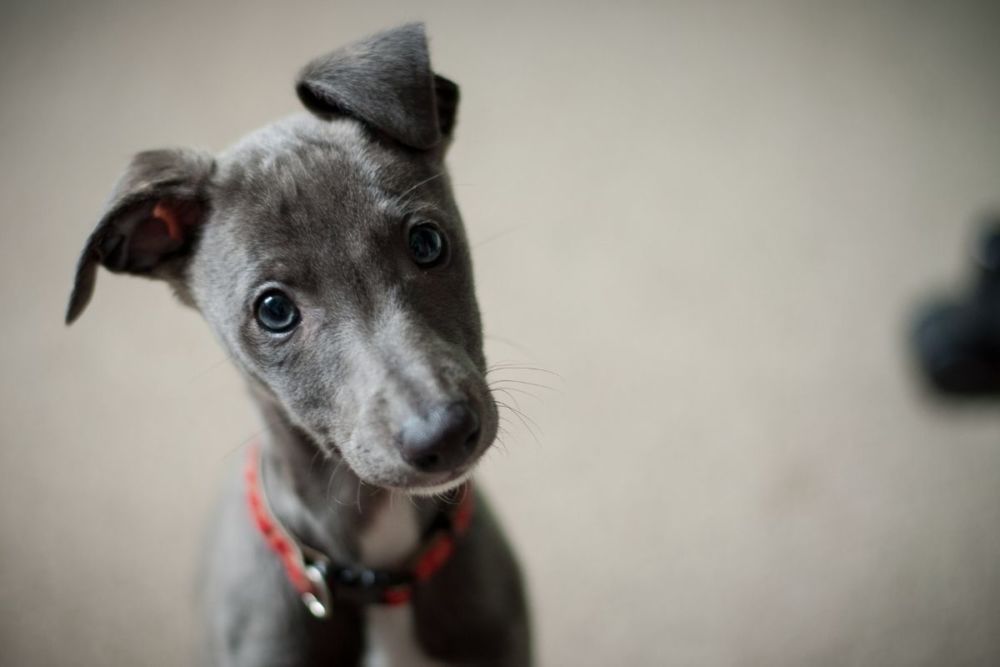 When travelling to Hong Kong or any other place internationally with your pet, it is important to find a pet-friendly airline. Pet-friendly airlines prioritise the safety of your pets during transit. The pressure and temperature are maintained just right in the cargo area to accommodate pets. Also, pets are the last to be loaded and the first to be removed upon arrival. Air Canada, Air France, Lufthansa, KLM, and Japan Airlines are just a few of the major carriers deemed as pet-friendly.
Important: Pets entering Hong Kong must arrive via manifest cargo, so you will have to fly separately from your pet.

The Best Places to Take Your Dog in Hong Kong 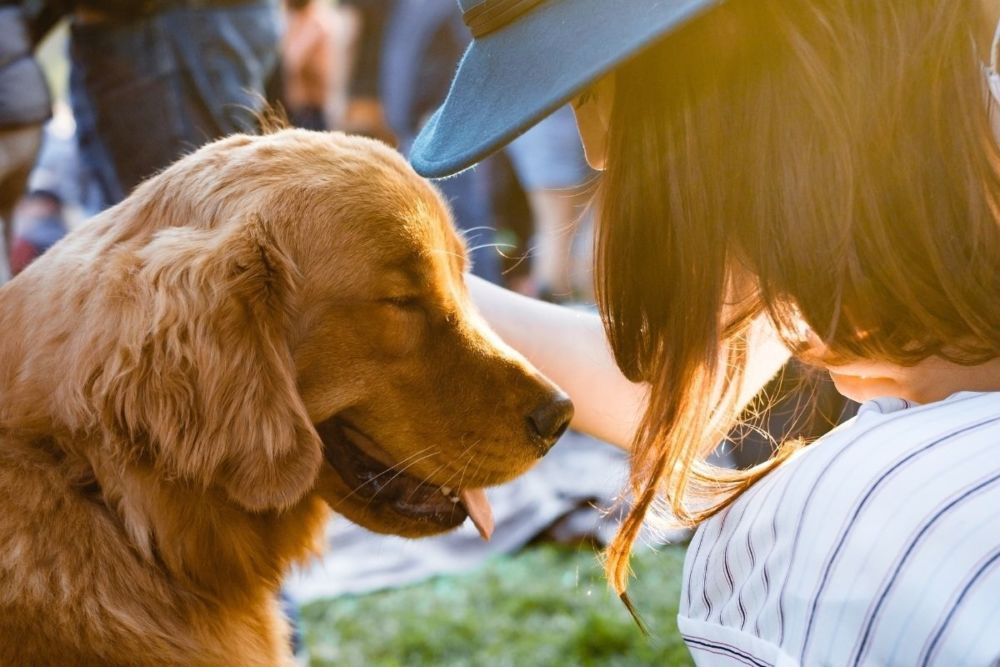 Preparing your pet for the journey

If your furry kid has never been on a long journey before, it is important to prepare them by taking them on short drives first and then increase the time gradually. It is important to get them used to the crate in order to avoid any unpleasant situations later. Also, take a walk around the airline terminal or station with your pet to get them familiar with the sounds and smells. Don’t forget to reward them for their positive behaviour. It is important to make the entire experience positive and happy for them. 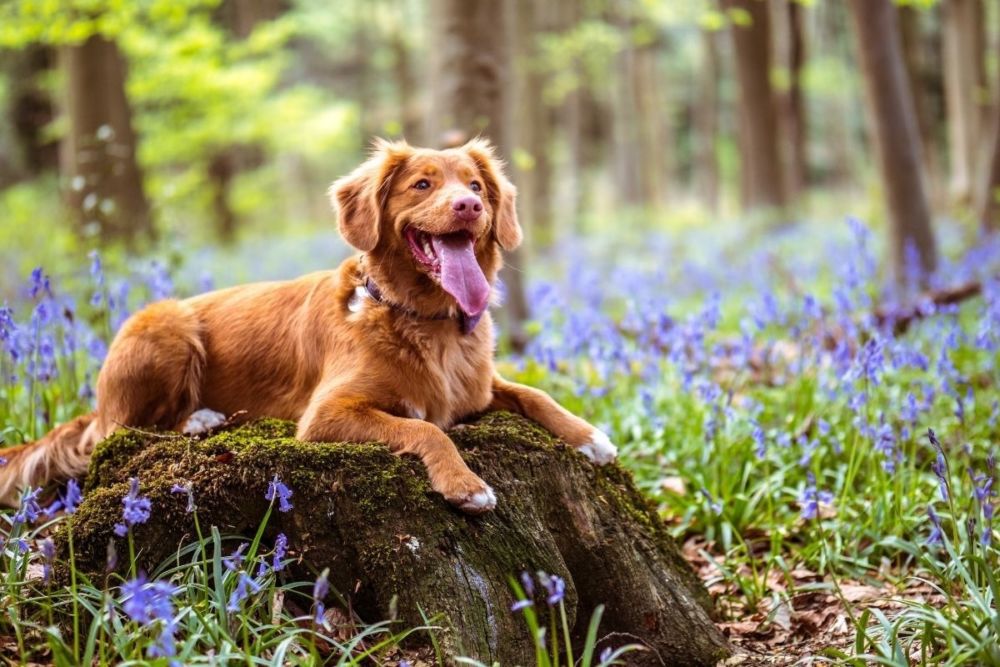 Buying and preparing the right crate for your journey

If you’re buying a shipping crate for your pet, be sure large enough for your pet to comfortably sit, stand, and turn around in with ease. It should not slip around when the plane moves or stops. The crate should be lined with absorbent bedding, like shredded bits of paper or cloth. Also, put a piece of your clothing in it so that your pet doesn’t feel separation anxiety. Leave a small bowl of frozen water in the crate that will keep your pet hydrated if they’re thirsty. The frozen water bowl won’t spill during the loading time.
Important: Make sure to attach your pet’s identification to the crate to avoid misplacing them. Also, make sure your pet is up to date on all the important vaccinations and is microchipped. 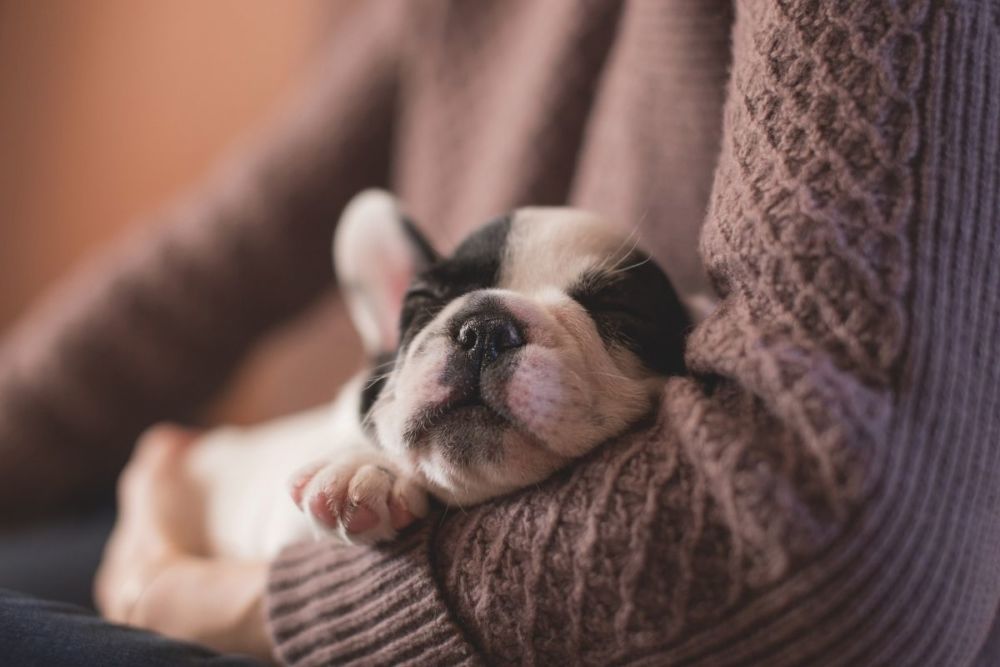 If you are travelling with a brachycephalic breed, like Pug, French bulldog, or any other snub-nosed breed, you may encounter certain restrictions. While it’s not impossible to travel with such breeds to Hong Kong, the rules can be stricter for such breeds. Also some carriers don’t accept certain breeds at any time of the year and some only accept them during the cooler months.
Banned breeds: A few breeds, including Japanese Tosa, Pit Bull Terrier, American Staffordshire Terrier, Fila Braziliero, Dogo Argentino, and their crossbreeds are banned from entering Hong Kong, because they are considered dangerous breeds. These breeds were originally bred for fighting and protection, but today they are banned for the very trait they were once bred for.
Restrictions on cat breeds: Hong Kong is very welcoming of cats. All kinds of cats are allowed for import into the country, except Bengal cats. If you have a Bengal cat, you will need to produce documentation certifying that your cat is of fifth or five generations removed.

9 best pet-friendly restaurants and cafés in ... 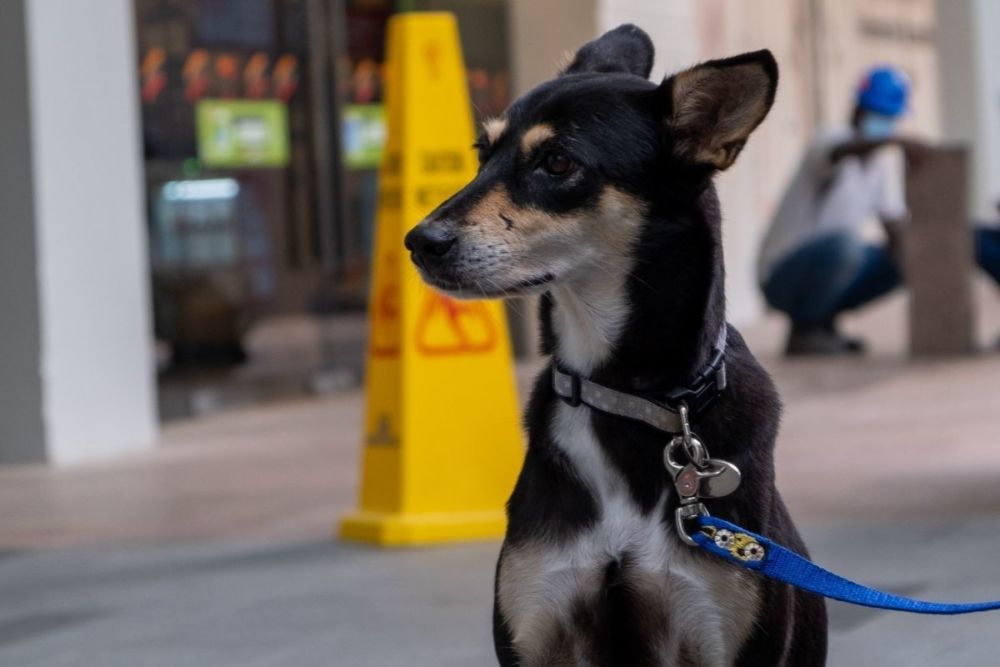 Discipline is key to happy travelling

If you have a pet that hops out of the door at the first opportunity, it is very important to train your pet before you start planning your travel. Be consistent and insistent, because having a well-mannered pet makes for a much more pleasant trip. 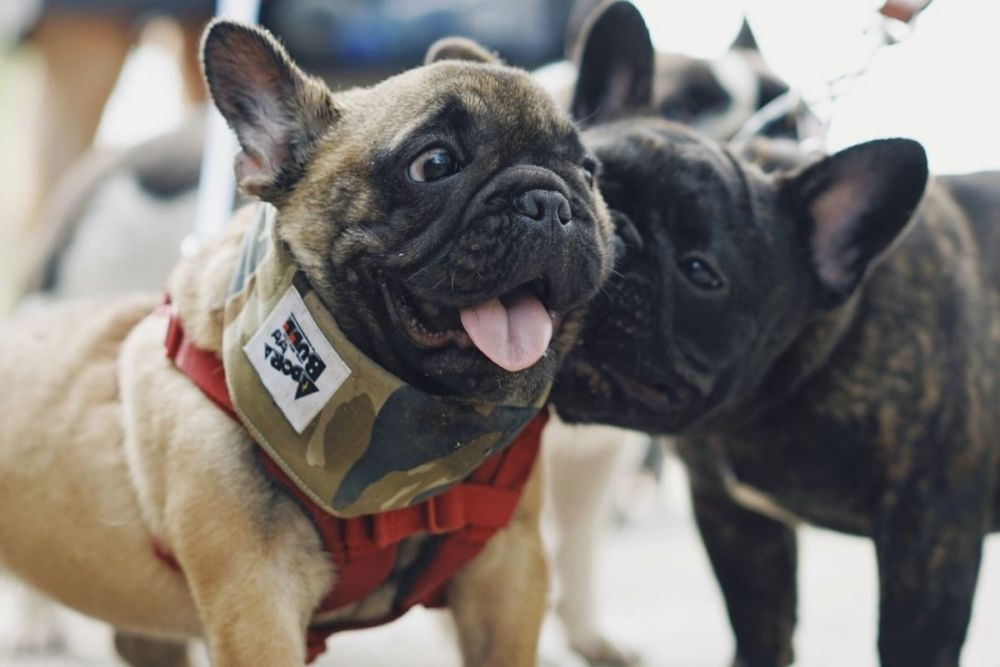 Photo credit: For Chen (via Unsplash)

Make friends on the way

The most wonderful result of travelling with your pets is how others react to them. Pets are not just great travel buddies, but they are also great conversation starters. Most people love pets, which will help you make new friends in a new country quite easily. If you’re wavering about taking your pet along on your trip to Hong Kong, don’t give it another thought. Although there are some rules and regulations, once you get through them, you will definitely have a great time in this beautiful city. The benefits of having your furry family member with you on your trip will far outweigh any planning and effort you make, and your travel will be greatly enhanced and will be more enjoyable with your furry friend’s presence.