Vietnam offers some of the most spectacular sights and landscapes, including the rugged limestone isles at Hạ Long Bay, and the mountainous town of Sa Pa in the Hoàng Liên Son Mountains. It’s no surprise that the country is home to an abundance of wildlife and untouched nature, but what might be an unknown fact to some, is that the region also houses the biggest cave in the world—Hang Sơn Đoòng.

Situated in Quảng Bình Province’s Phong Nha-Kẻ Bàng National Park, the UNESCO-protected cave spans over five kilometres and towers as high as 200 metres. With something so breathtaking, it’s difficult to know where to begin. Here, we’ve compiled a beginner’s guide to exploring the world’s largest cave in majestic Vietnam.

Hang Sơn Đoòng was first uncovered in 1990 by a local named Hồ Khanh who was trekking the national park and stumbled upon the breathtaking cave. It was then re-discovered in 2008 (by the same man) and it was found to be a lot larger, as a result of the underwater tunnel connecting to another cave.

In 2013, the cave was made available to the public, but only through one company, Oxalis. Visits are mostly restricted to scientific research, and more people have been to Mount Everest than visited Hang Sơn Đoòng—so that’s the kind of level of accessibility to expect. There’s also a waiting list of about two years, and you need to be extremely fit to embark on it.

The cave itself, perched in Phong Nha-Kẻ Bàng National Park, was formed during the Cambrian-Permian geological eras, making it between 400 to 450 million years old. Its ecosystem is so impressive that it houses its own weather system and generates clouds within the cave. One would find jungles, microorganisms, and rivers—it really is like entering another world.

There is only one way to visit Hang Sơn Đoòng cave—and it’s through the tour operator with the only license and safety approval, Oxalis Adventure. The company works with the British Cave Research Association and the Vietnamese government to carry out its expeditions. The tour runs once a week, between January to August (due to flooding), and the four-day tour (three nights camping) is not for the faint-hearted.

It has a maximum of ten participants per session. The group includes caving experts, local guides, chefs, park rangers, and porters to help with luggage and tents. Access is controlled to 1,000 visitors per year, so there is quite a long waiting list (as you can probably imagine). A feasible and immediate option would be to check out National Geographic x Facebook’s virtual 360-tour.

Although there isn’t much found evidence of people living in the caves at any point, the cave is, however, rich in other forms of life. This includes monkeys climbing the treetops, snakes roaming the grounds, and even fluffy creatures from flying foxes to squirrels. Limbert, one of the discoverers, stated that he has come across seven new species of fish, spider, scorpion, woodlice, plankton, and shrimp—all without eyes, an evolutionary result of living in darkness. Although it is mostly darkness in the cave, there are occasional beams of sunlight.

5 reasons why Central Vietnam should be your ...

To get to the cave, you need to walk through the Ban Doong village (the only village in the area), accessible only by foot due to its dense jungle surroundings. It’s worth getting to know the local villagers who carry traditions which have been around for centuries. It then takes two days of intense jungle trekking and river crossing to get to the entrance of the cave. Expect to embark on an adventurous expedition throughout, and be prepared to abseil, climb rocks, and swim through underground rivers, to fully explore the massive space.

Camping inside the cave is part of the tour—a unique experience, and a once-in-a-lifetime opportunity. Safety comes first, for the visitors and for the cave’s perseverance. What’s incredible is that only 70 percent of the cave has been explored so far—and scientists predict that it will get even bigger as they discover more tunnels and hidden entrances. The tour might be a bit of a splurge for some—setting you back at up to US$3,000—but for those willing to push their limits, it’s well worth it. 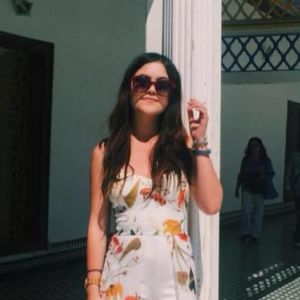 Faye Bradley is a freelance writer based in Hong Kong, covering topics in travel, wellness, F&B, and the arts. As the editor and business development executive for Cha Siu Papers Times and Compare Retreats, Faye has experience in writing predominantly about luxury travel and well-being. With a keen eye for finding hidden gems, exploring new destinations, and tasting best-of-the-best cuisines, she continues to pursue her love for writing about travel and visiting remote lands. You can find her by the pool with a good book and a mojito in hand.