When picturing a holiday in China, the Forbidden City or the Great Wall usually come to mind. But by venturing far north, one might find themselves coming across a former Russian Orthodox church and a towering castle sculpted from ice—all in the same city.

With the construction of the Chinese Eastern Railway in 1898 to connect the Trans-Siberian Railway—an endeavour financed by the former Russian Empire—Harbin grew from a rural settlement to the capital of the province of Heilongjiang, opening up the city to Sino-Russian trade. Now aptly known as the “Moscow of the Orient,” you can kill two birds with one stone and discover Russia and China all in one sitting.

A place that is best to visit when temperatures are at their lowest, with the city appearing at its finest when its festivals are in full swing, picture a Swiss wintry holiday with a Chinese twist—this is your guide to exploring Harbin, one of the coldest places in China. 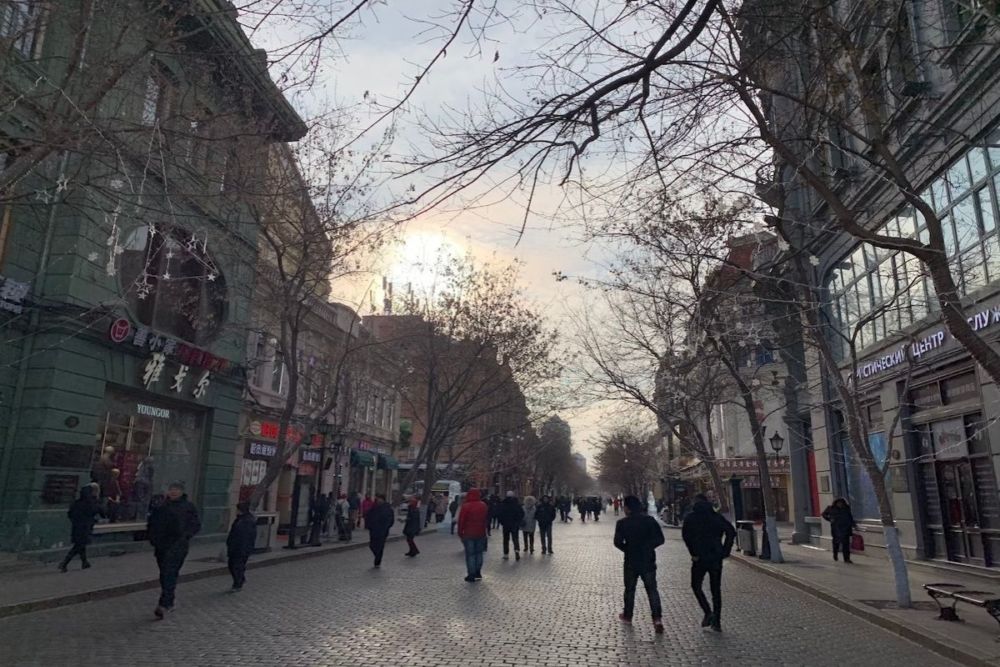 Make an excursion to the cobblestoned pedestrian-only Central Street, which is lined with stores, restaurants, and—above all—various styles of European-inspired architecture, including Eclecticism, Baroque, Renaissance, and modern aesthetics. Russian souvenirs such as chocolates and matryoshka dolls are also plentiful. If luck permits, visitors may spot an ice sculpture being made right before their very eyes! 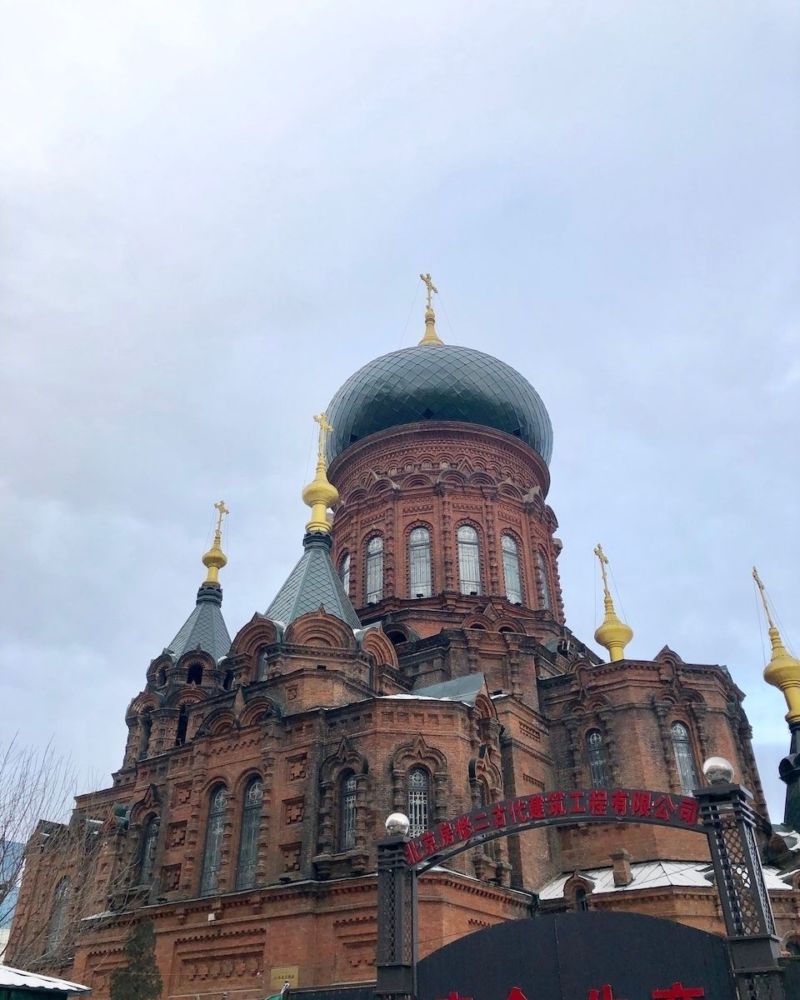 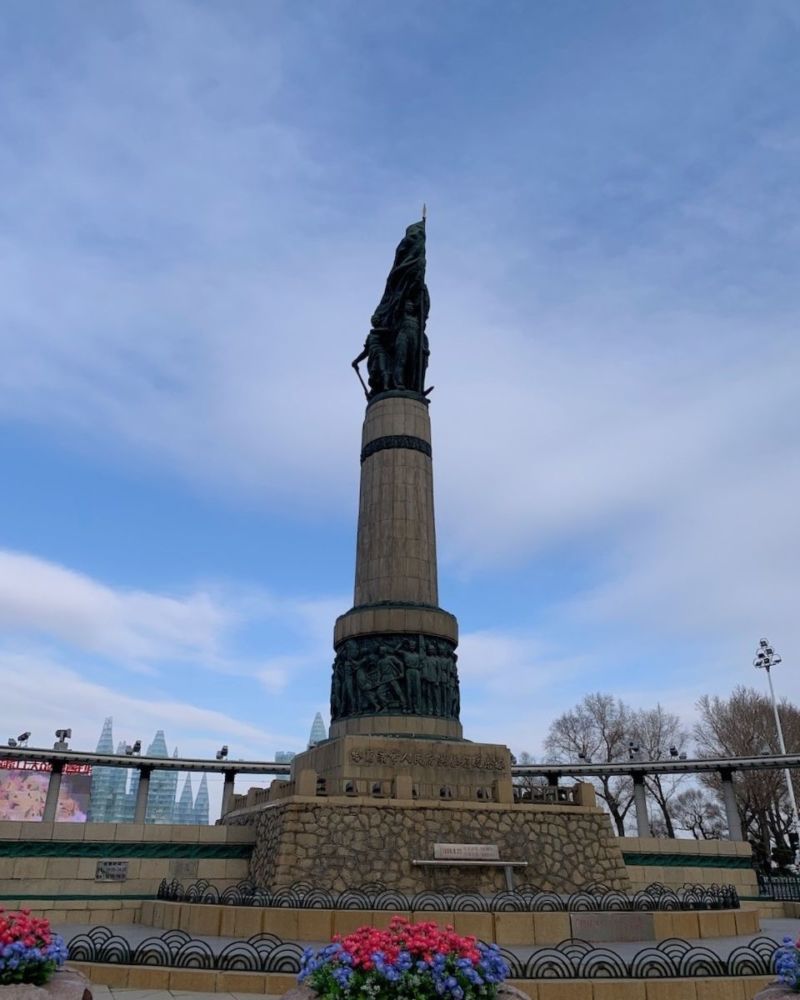 The Saint Sophia Cathedral, built in 1907, is another iconic landmark with Russian roots that boasts a well-preserved gleaming green dome and the Municipal Architecture and Art Museum (Harbin Architectural Art Gallery) within.

China never ceases to amaze in terms of architecture, both traditional and contemporary—the Harbin Opera House is no exception. A modern marvel with smooth white aluminium panels that seems to undulate against the landscape, it has an equally stunning interior that covers approximately 850,000 square feet. 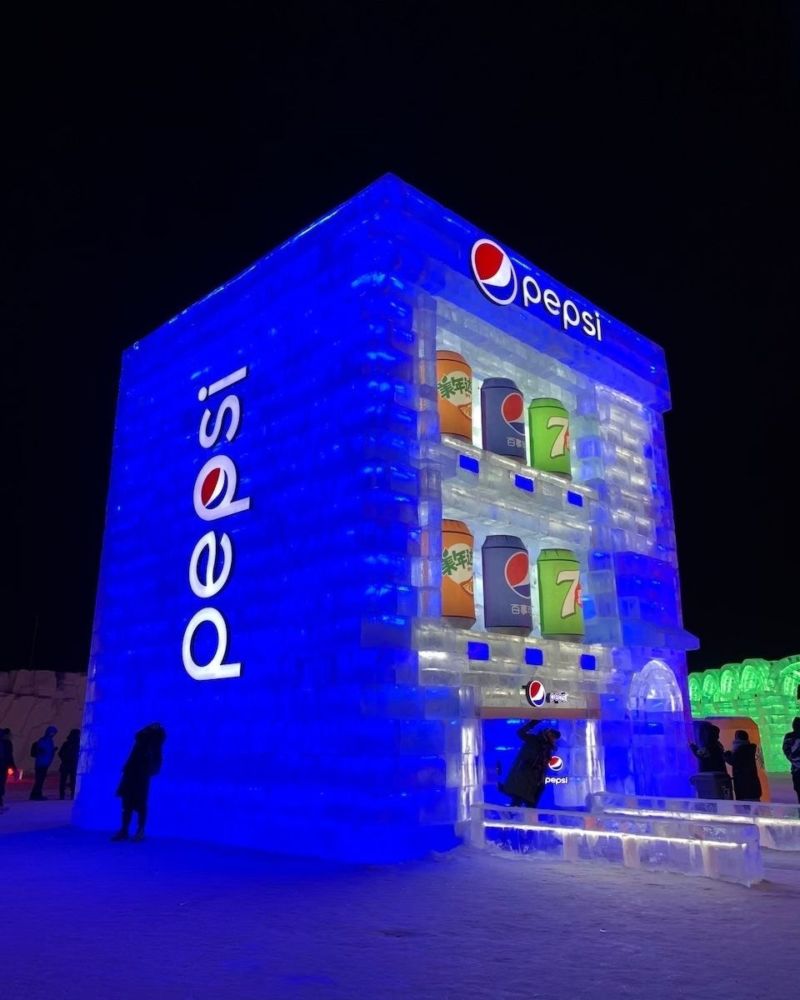 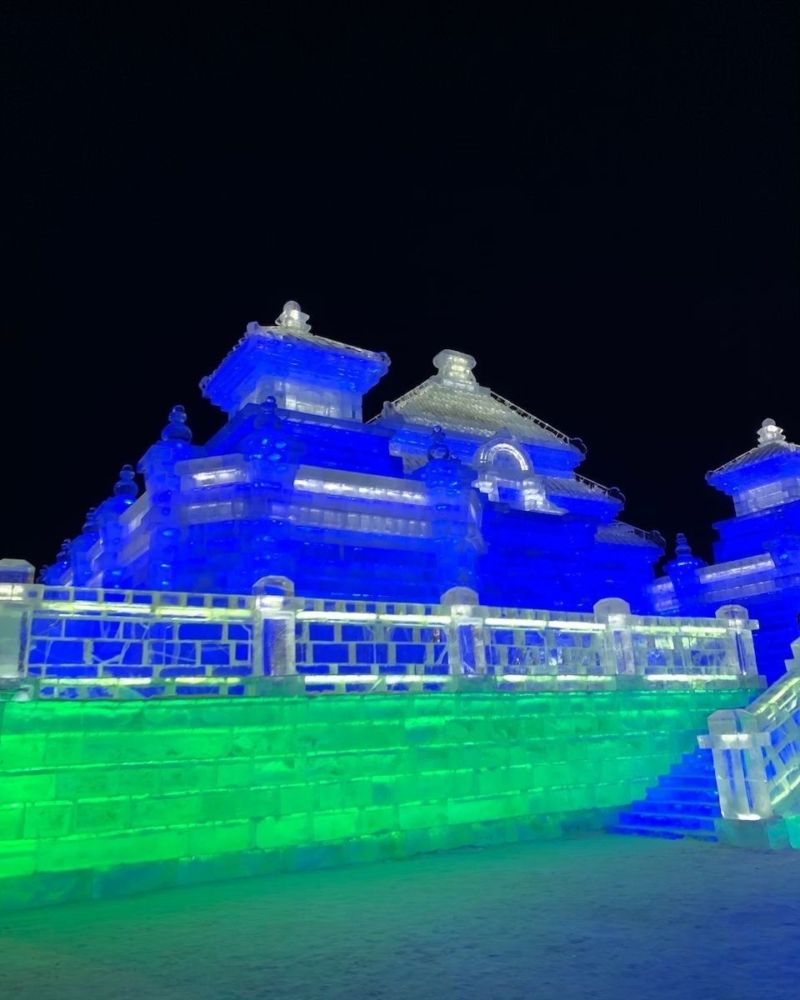 Harbin has made the most out of being the coldest city in China by playing host to the largest annual ice and snow festival in the world. Once the nearby river, Songhua, freezes over, ice blocks are cut to create the massive sculptures at the Harbin Ice and Snow World, one of the main exhibition areas of the festival.

Once the night turns dark, the spectacular installations are illuminated with multicoloured lights. Creations include ice castles, landmarks, pagodas, and even a colossal vending machine. The sculptures change every year as artists from various countries participate in the annual competition. 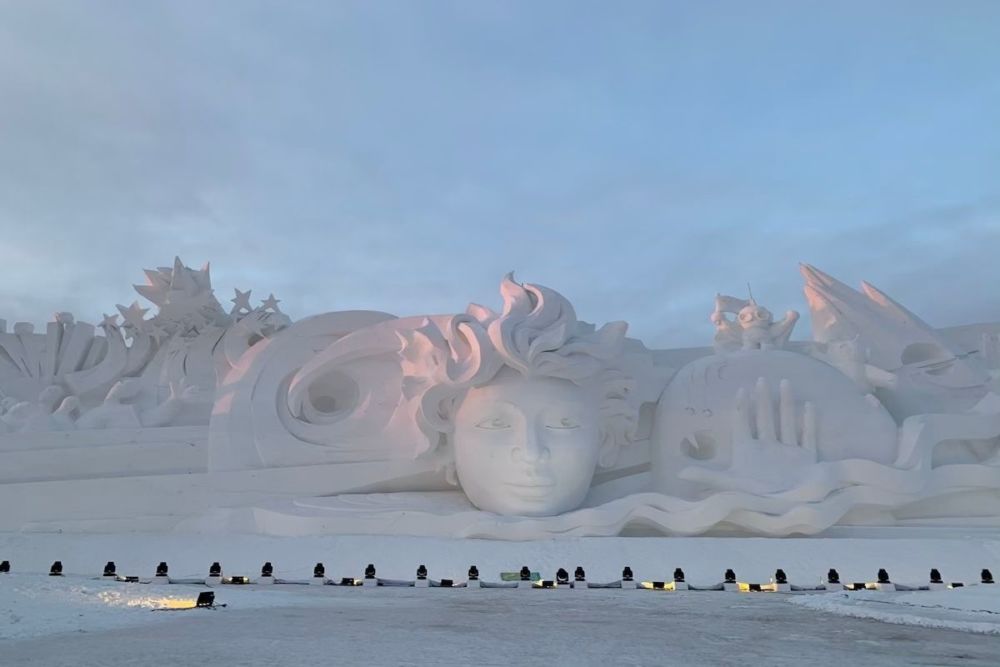 On the opposite side of the Songhua lies the Sun Island, which features compacted snow sculptures best seen in sunlight. The displays are so enormous that visitors will have a hard time visiting them all on foot. This 38-square-kilometre area even has sculptures that double as slippery, snowy slides and moving projections upon the snow buildings accompanied by music reminiscent of Vivid Sydney, a light and music festival in Australia. 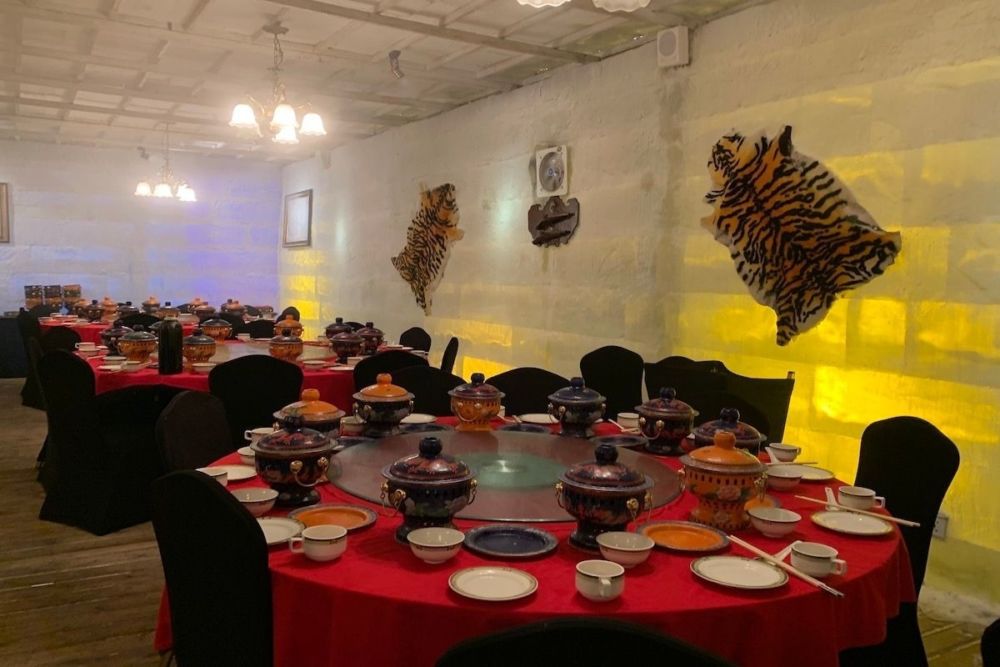 What to eat and drink

For an unparalleled gastronomic experience, head over to Shangri-La’s Ice Palace. Come winter, hidden in its lobby is the door to a freezing hot pot feast—quite literally. Diners will have to keep their coats on to taste the flavours of northern China as the restaurant is made out of ice. Each individual is given their own hot pot, where they can cook generous servings of meat and vegetables that flow freely.

Another must-try dish in the city is the guō bāo ròu (鍋包肉)—the crispy sweet-and-sour pork dish which allegedly hails from the city. The dish is surprisingly light, and the thin slice of pork—perfectly wrapped in batter paired with the combination of sugar and vinegar—creates the perfect savoury fare.

Although Chinese people traditionally love to make dumplings during cultural festivities, it is especially important in Harbin. There are many restaurants selling this dish exclusively in the city, where pork and chive dumplings are sold as the signature type. 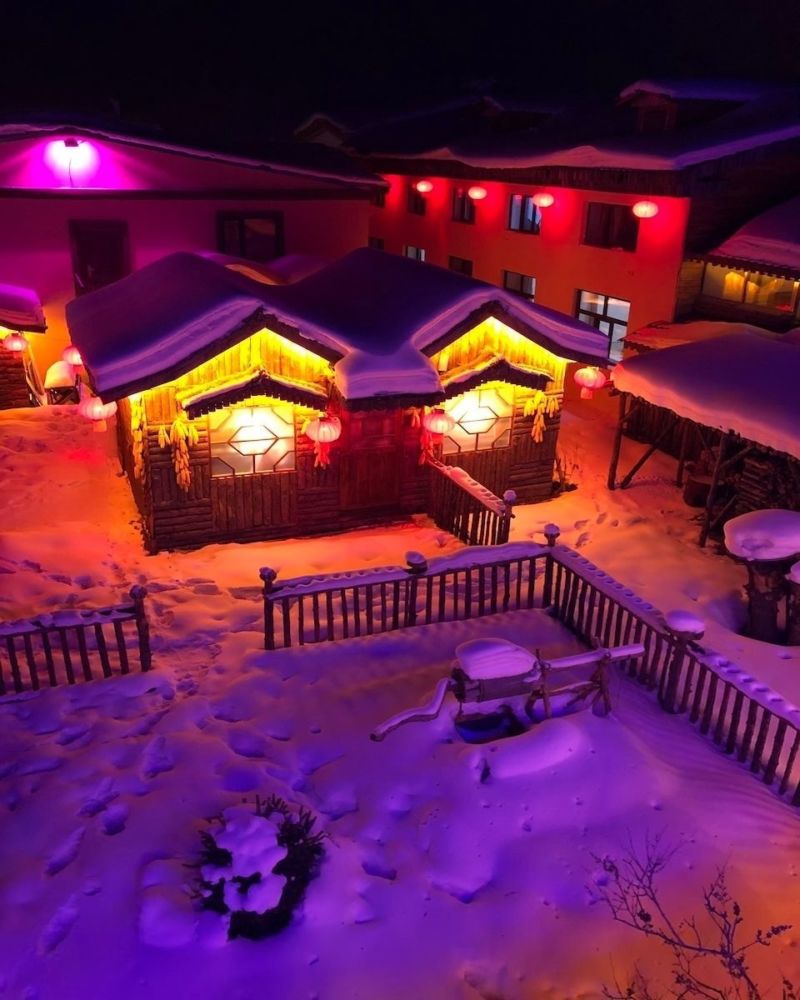 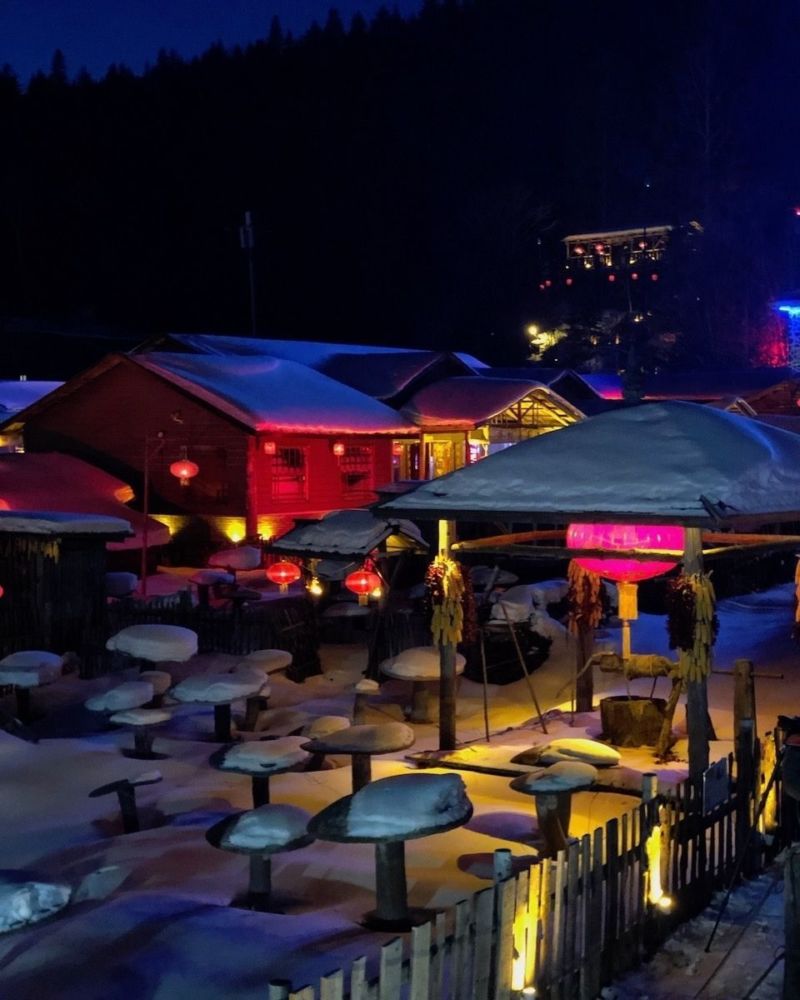 Although it may not be exactly a stone’s throw away— rather, approximately 280 kilometres away from the city of Harbin—the Shuangfeng Forest Farm in Mudanjiang City, also known as China’s Snow Town, is well worth a two-day visit.

Known for its unique climate where thick snow falls seemingly in sheets upon little wooden houses scattered throughout the town, every corner sets the stage for a fairy tale with wooden fixtures placed to create pure white “snow mushrooms.”

Adrenaline junkies can go for a ride on a snowmobile, whilst those wanting a quiet stroll can take a walk along the main street where meat skewers are available by the dozen, and popsicles are sold without the necessity of a refrigerator. 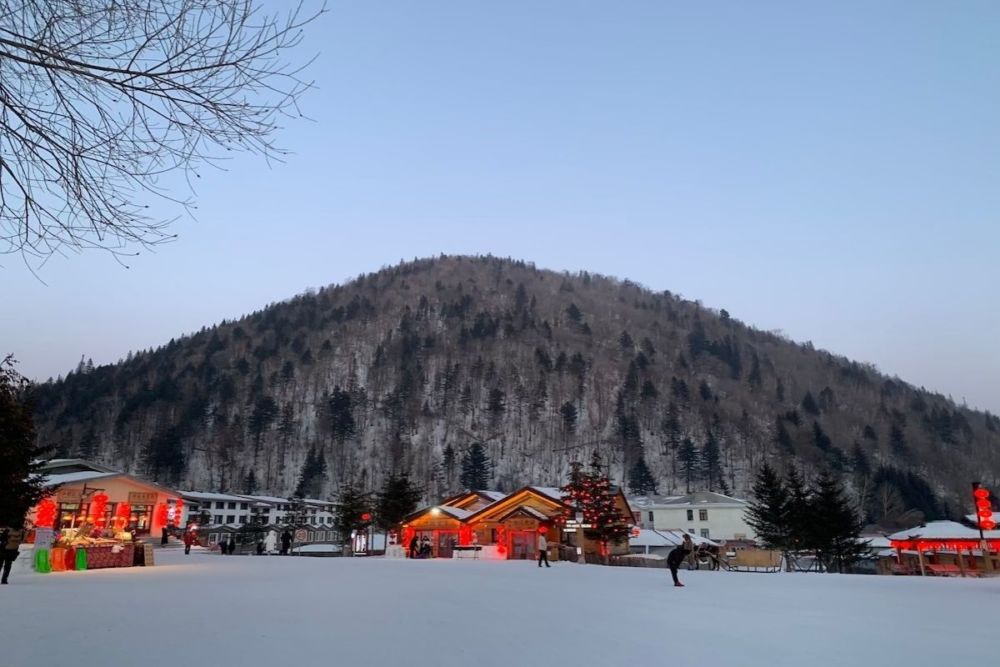 Bracing for the weather

This is a terrain where the temperature averages negative 20 degrees Celsius, which may come as a surprise to those used to warmer climates. Travellers should be well-prepared to stuff their suitcases with a good coat, hats, scarves, thermal inner wear, gloves, boots with a good grip, heat packs, and even a face mask—depending on personal tolerance levels.

Holidaymakers may find themselves wearing several layers of socks, as your feet and hands are the most susceptible to the icy weather. Taking off gloves to operate smartphones is also almost unimaginable, so going the somewhat old-fashioned route and bringing along a digital camera is advisable.

There are not many direct flights to Harbin from outside of China, with the exception of Seoul and Tokyo. If you’re travelling from outside of Asia, you will need to stop over at least once. For those who prefer to take a high-speed train, you can also take the bullet train that connects major Chinese cities with Harbin. There are not any night trains though, so be prepared to stay over for one night in your transit city. 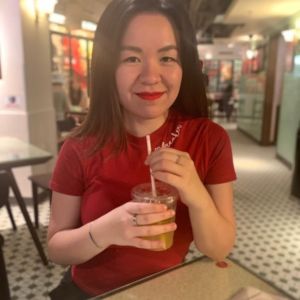