Sumba, Indonesia: The wild, wild West in the East

We land in Tambolaka Airport on a bright sunny morning in late April 2018, after a 55-minute charter flight east of Bali. We are in Sumba, an island in eastern Indonesia. We jump in a car and head west, crossing a lush tropical jungle, home to tribal villages.

I have not seen a landscape this pristine in most parts of Southeast Asia. There were no other travellers along the way during the hour-and-a-half drive, apart from the couple sharing our ride. In many ways, Sumba is like a lost world. It’s twice the size of Bali, and yet has only one-sixth of its population. A little further from Asia’s usual beach holiday haunts in Thailand and Maldives, I deeply inhale the remote magic of Sumba, far away from the island of Bali, and untainted by tourism. 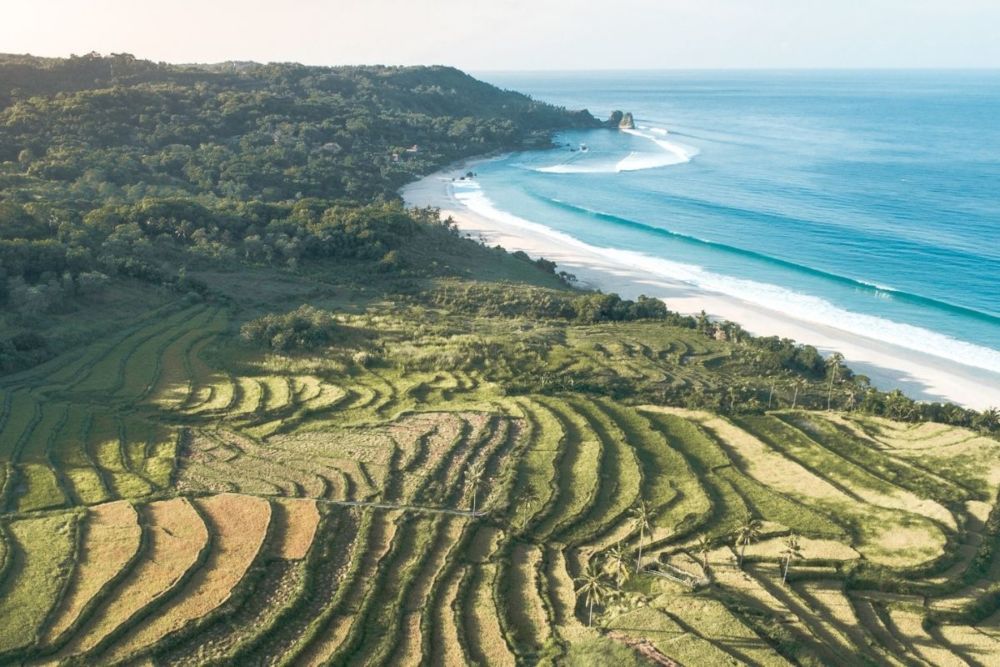 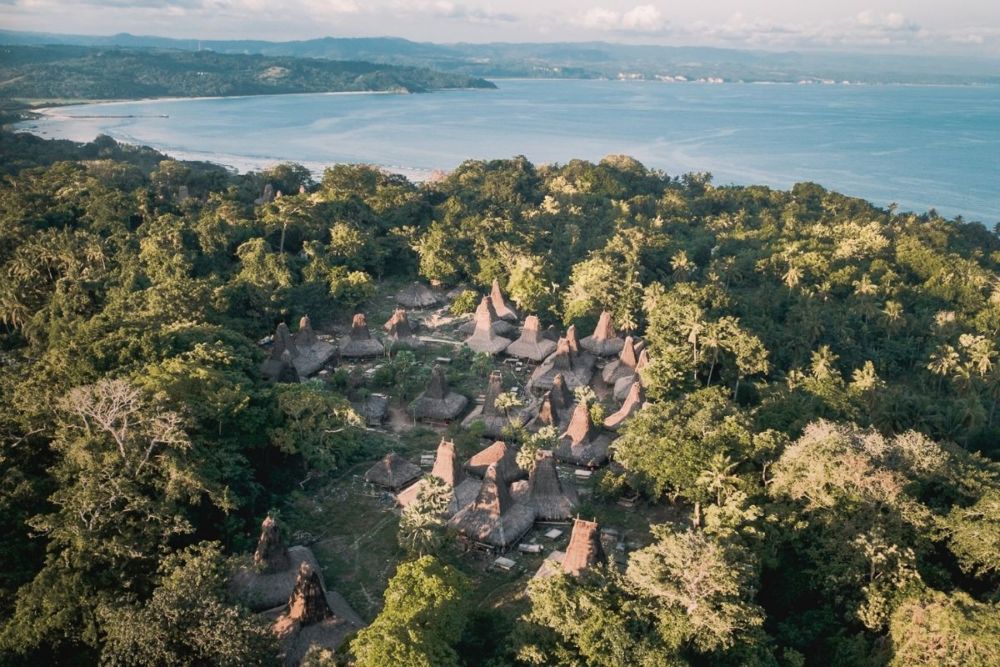 Sumba is one most impoverished region in Indonesia, where tropical diseases like malaria is still a concern. As recently as the 1960s, headhunting—the practice of taking one’s head after killing a person—was still common practice. Yet the beauty of this island’s wilderness and ethnographic treasures are all worth it, reminiscent of the feel of Bali over 30 years ago before the island’s gentrification. Foreign presence in the archipelago started in the eighteenth century when Indonesia was a Dutch colony starting from the 1820s and trade flourished along the maritime routes. Chinese and Arab traders had brought horses, discovered sandalwood in Sumba, and partook in the slave trade. 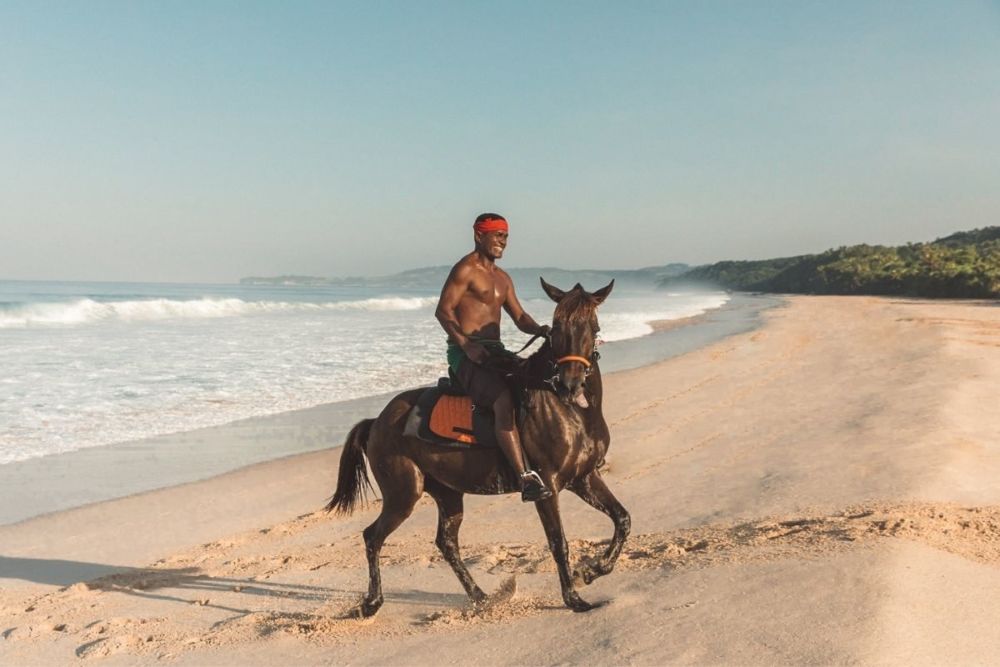 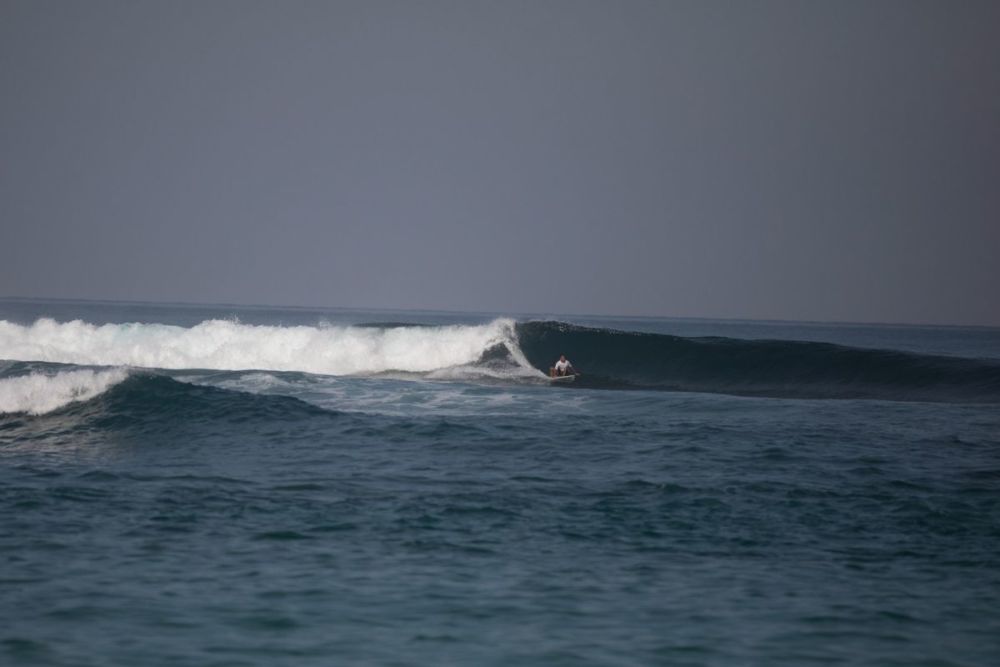 Horses are found all over Sumba and I later learnt that they are still an essential part of its culture. The Dutch East Indies took over the “Sandalwood Island”—as they liked to call it—before they relinquished control of Indonesia after the Second World War in the 1950s, with Sumba’s official independence granted in 1962. Colonial forces largely left the indigenous people alone, which contributed to the preservation of Sumba’s unique culture, as headhunting islanders were free to continue with their practices and way of life until the 1960s. 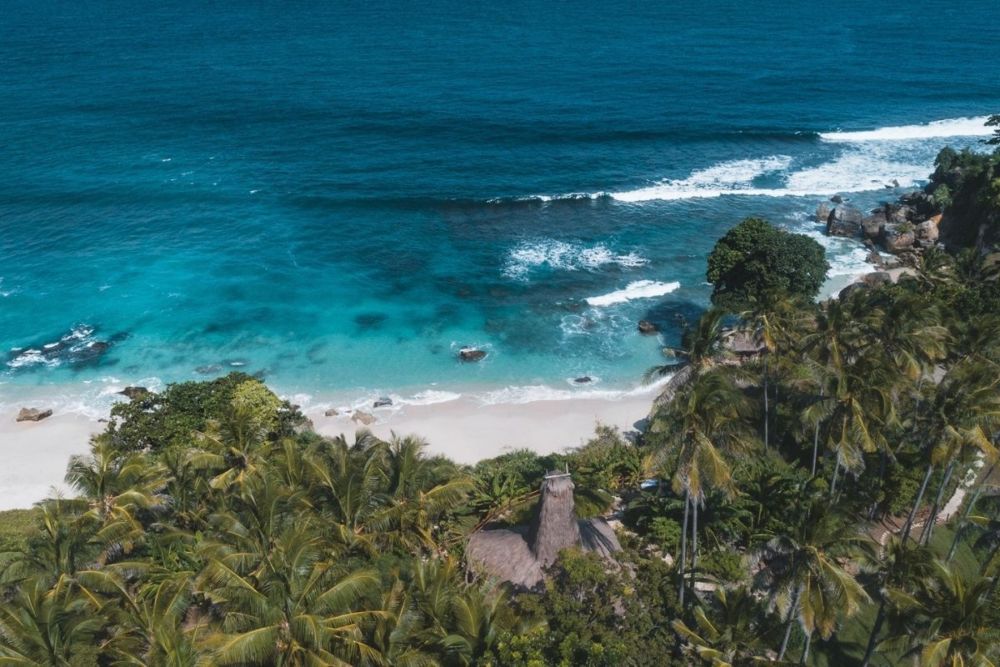 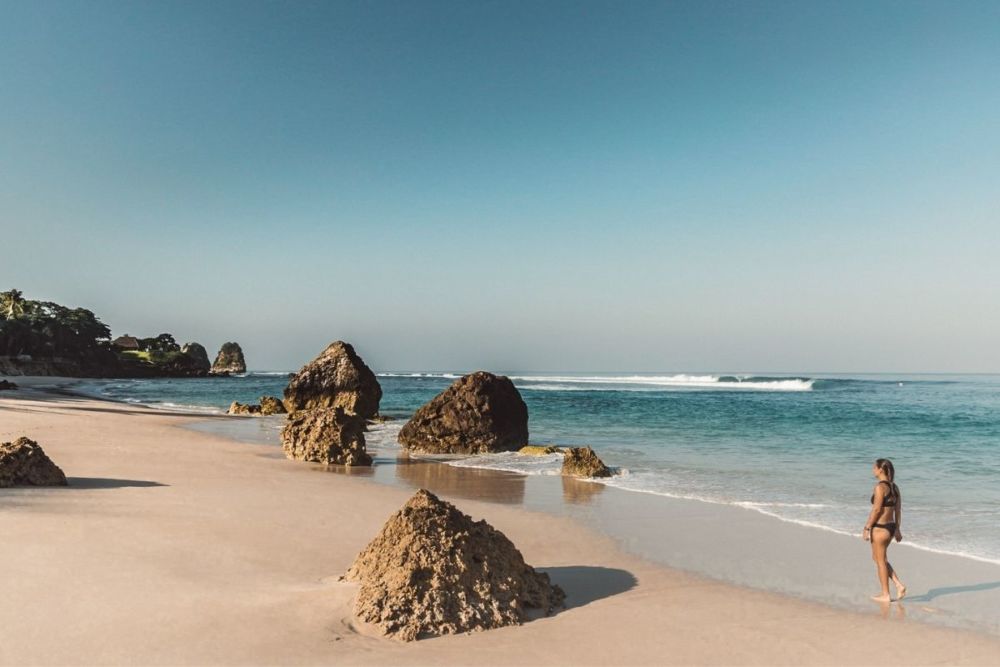 Sumba is located at the far end of the country and turned into Indonesia’s wild, wild West. It remains isolated today and I feel immensely privileged as I navigated across the tropical jungle—home to wildlife and lush botany in Southeast Asia. The vast majority of its 600,000 population live like the old days: dispersed across villages, dependent on agriculture. Permissions to explore the territory are still negotiated with tribal kings and the few towns I came across are little more than trading posts or missionary settlements.

In West Sumba, all the way across the Indian Ocean, I stand in awe of the two-and-a-half-kilometre-long pristine white sand beaches in a country made up of thousands of volcanic islands. Rice paddies frame the blue ocean, while the cluster of black rock emerges from the turquoise waters. In the distance, I see mountains and more jungle. 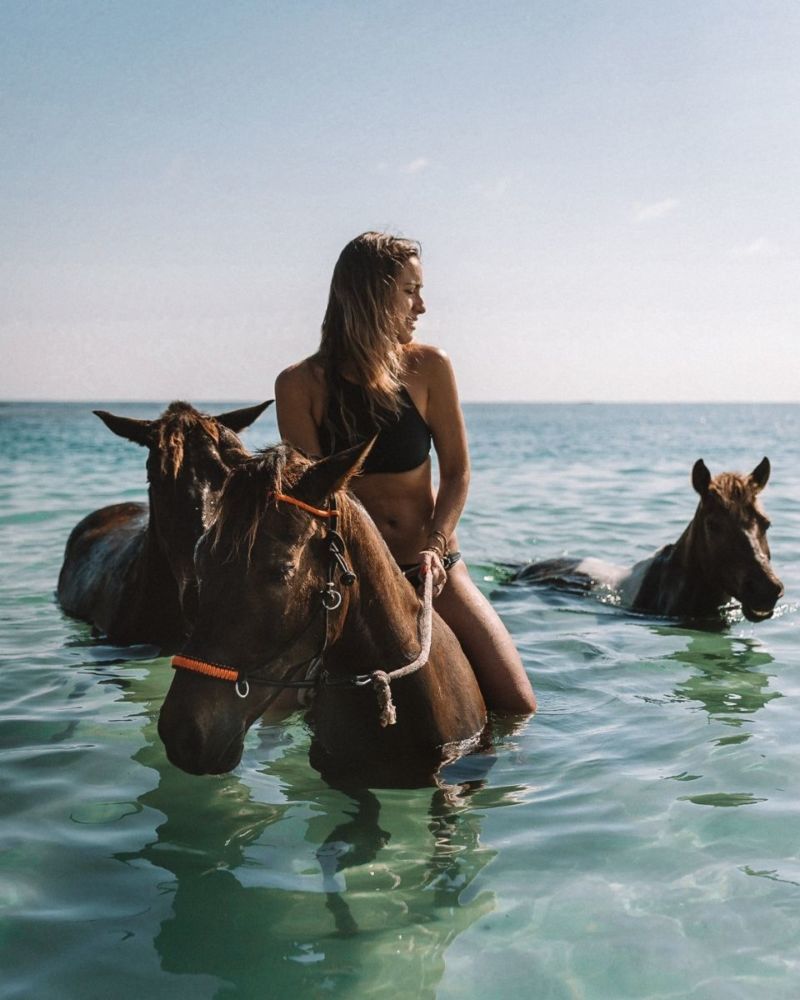 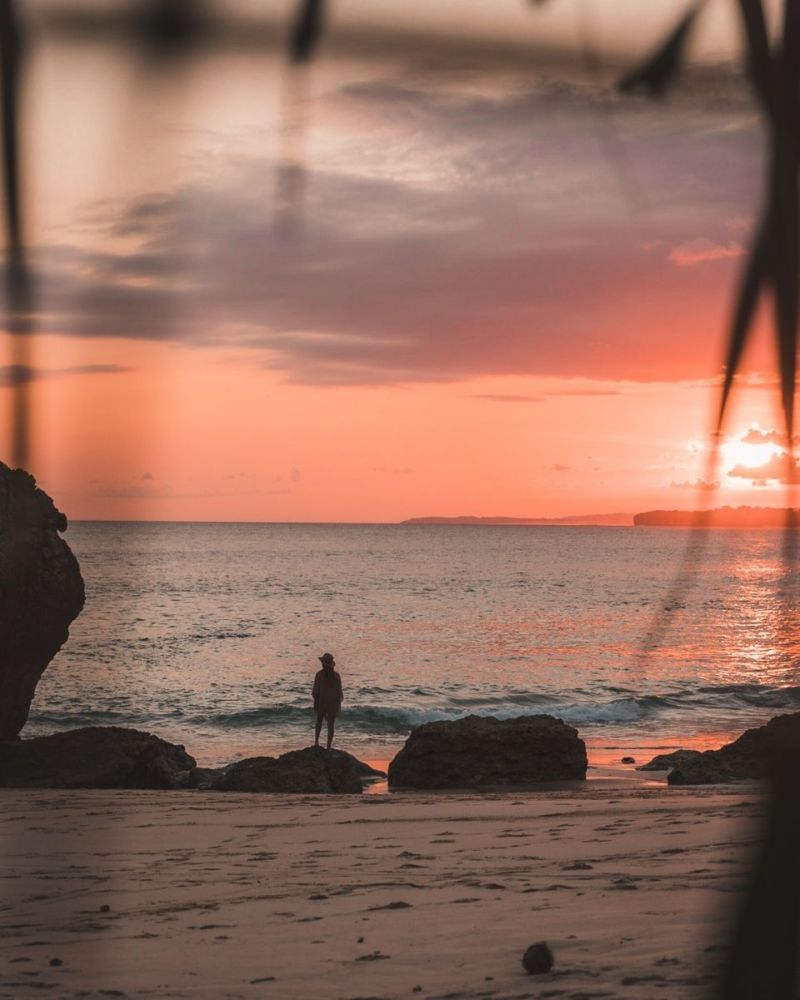 “It’s one of the most compelling beaches in Southeast Asia,” I hear my husband say. We are on the beach of Nihiwatu, watching horses going for a swim as we go for an afternoon walk. It doesn’t take long until I join them in the water. The next day, I gallop along the empty and wild stretch of pristine white sands into an extraordinary sunset. There’s no evidence of human habitation, no footprints ahead of me.

On the same beach, there is a famous wave called Occy’s Left, named after former World Champion surfer Mark Occhilupo who made the break famous in the cult surf film The Green Iguana. The wave is 300 metres long, with swells that travel uninterrupted across the Indian Ocean before arriving at Nihiwatu. Occy’s is one of the best surf breaks in Indonesia and remains the main attraction of Nihiwatu. 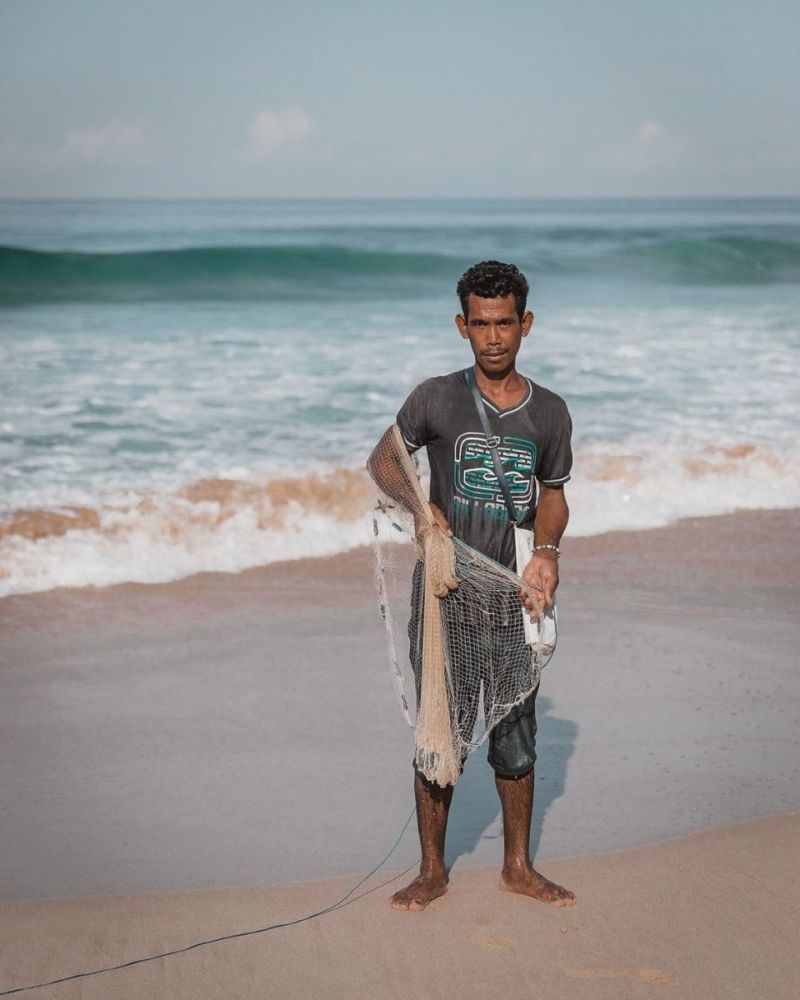 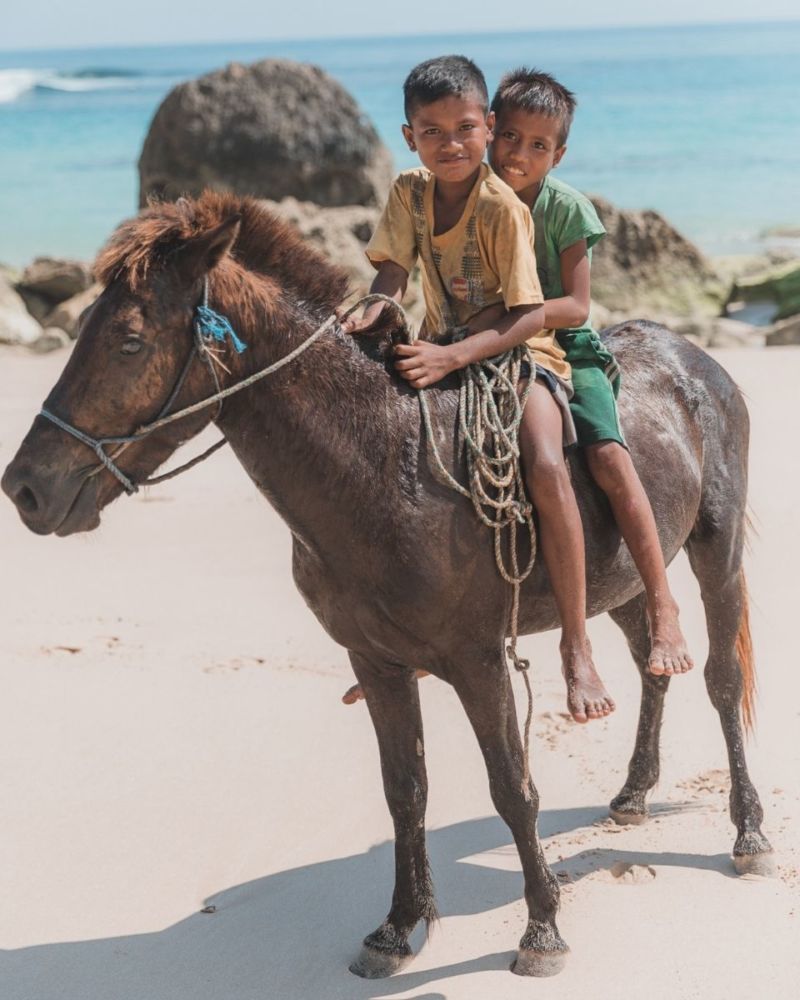 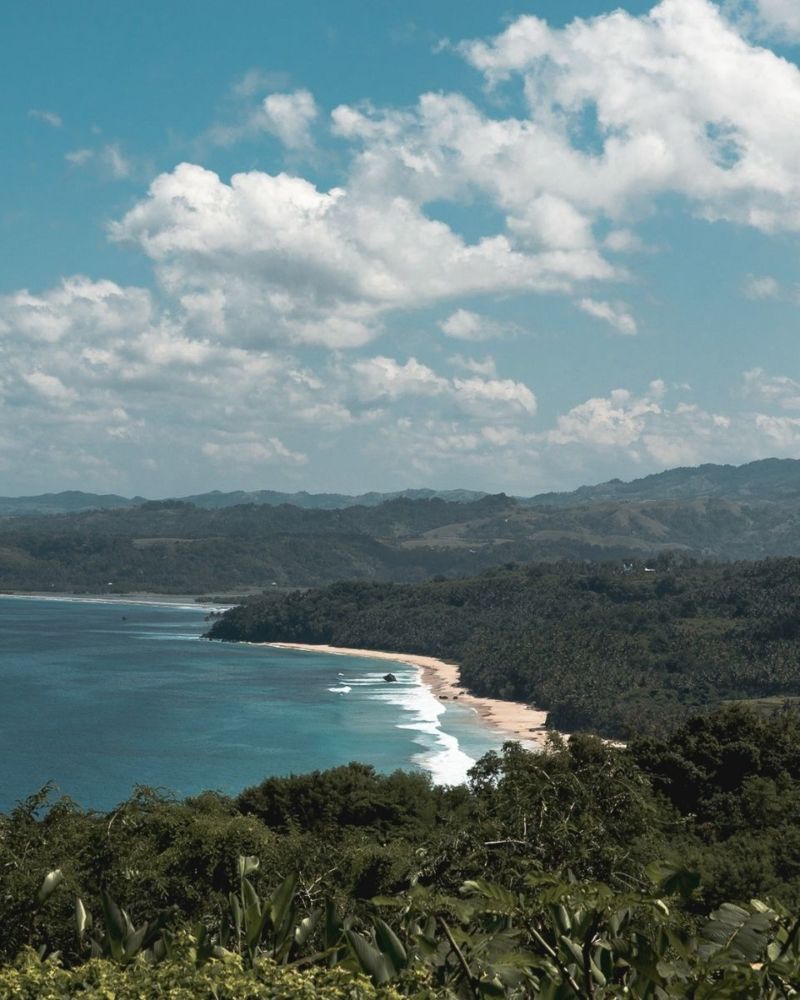 Claude Graves first set camp in Nihiwatu Beach in 1988 and founded a surf resort. A few years ago, Chris Burch (ex-husband of fashion designer Tory Burch) took over the property and turned it into a luxury adventure resort. Only guests of Claude’s resort have the right to surf it. Still today, surfers staying at the resort need to pay a fee of US$100 to ride it. I have mixed feelings about how the “new explorers” handle the special wave. In a way, keeping Occy’s private helps to protect Nihiwatu against the crowds I often try to escape from, but I also believe a wave shouldn’t belong to any one person.

“One needs to be brave to get into the ocean. It is scary,” says Tiger, our local guide, as I wonder why we barely see any fishermen or locals in the water along the beaches of Sumba. “Fishing requires courage,” he explains. “Instead, most of us rely on farming, Sumba horses, or Indian cows.” 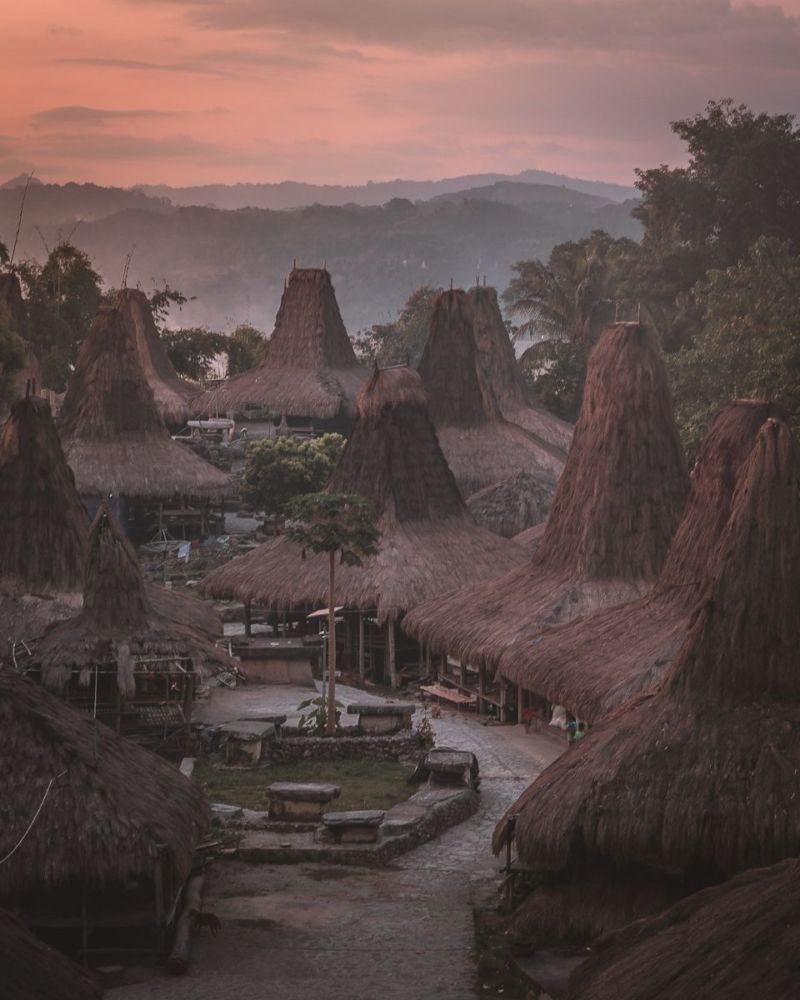 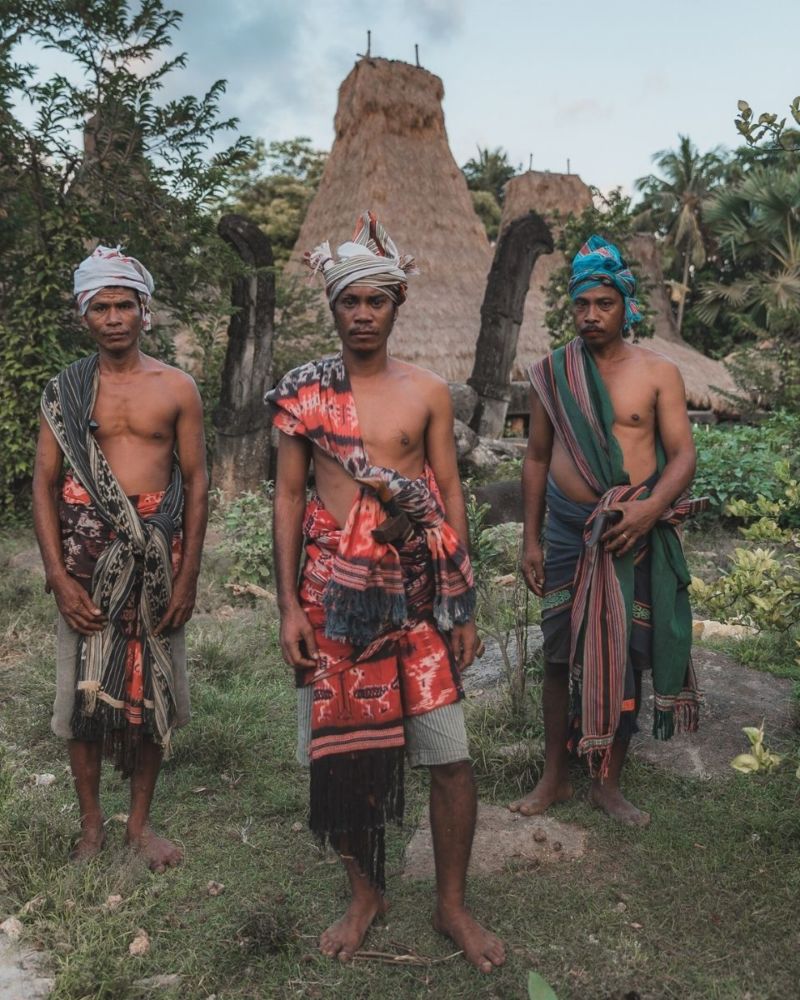 Natural resources aside, the real Sumba experience is to learn about its culture and traditions. We go deeper inland and visit century-old Sumbanese villages, including Praijing. I watch a group of men eating betel leaves, the common intoxicant of the region, that turns one’s mouth bright red and reminds me of a previous expedition to Papua New Guinea. I also get to admire the construct with “alang-alang”—a wild grass that forms thatched roofs, typical of Sumba’s distinctive architectural style. However, sadly some of the traditional roofs have been replaced by concrete.

Sumba is an island of shamans and ancestor worship, with a deep tribal culture, making one feel the urge to get out and explore what makes up this forgotten world. The East is a highly stratified society based on castes, whereas the West is more ethnically diverse.

The Sumbanese still believe in zoolatry—or animal worship. Animals are both worshipped and slaughtered as part of rituals. Hand-carved spears and swords feature during the legendary game of “pasola”—a festival on horseback considered the most important event on the island. 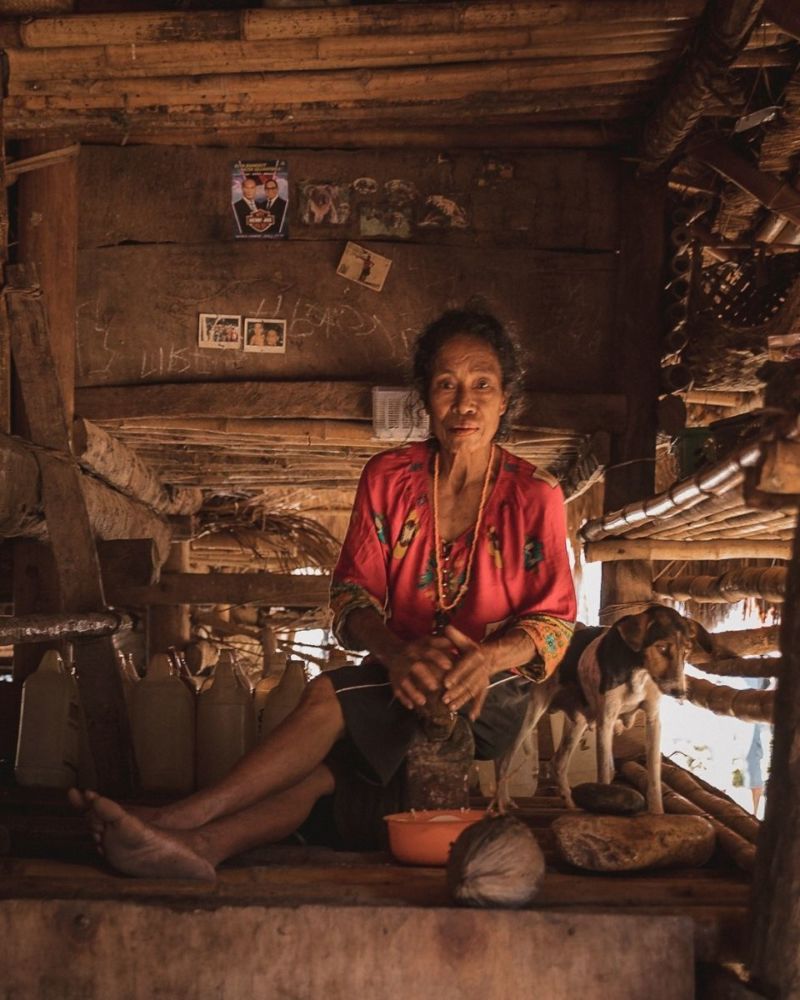 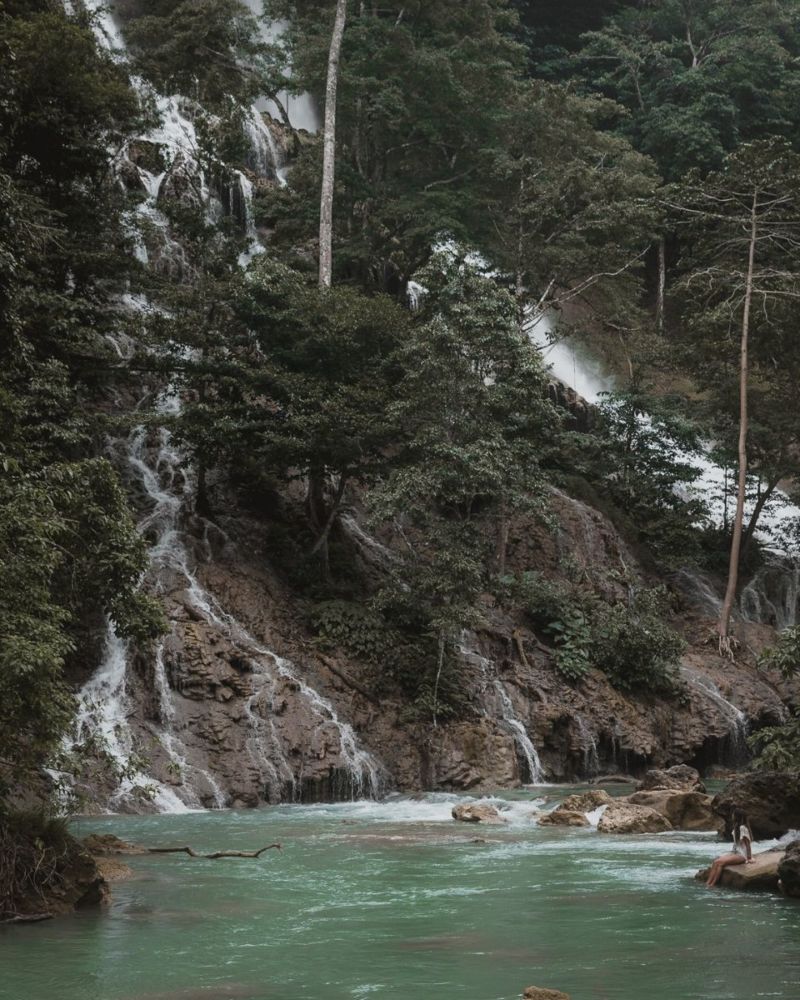 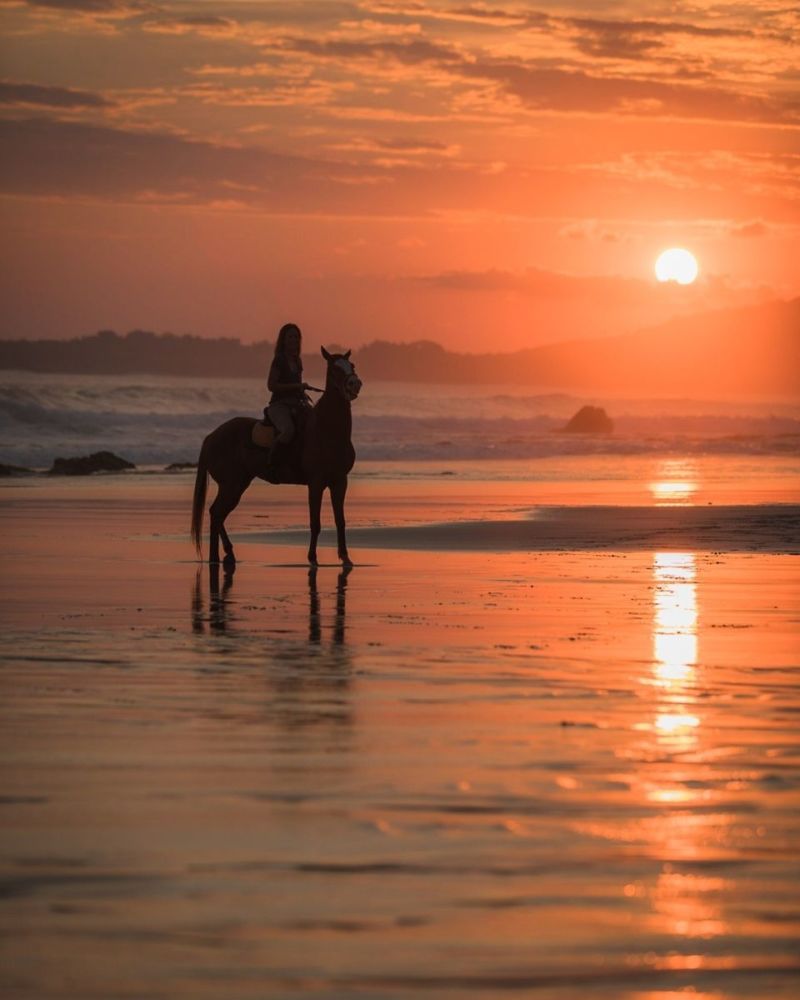 Sumba’s remoteness and isolation have long sounded irresistible to me. It’s a place where I experienced pristine waterfalls where locals come to bathe, trek wild trails, and ride wild horses. But to feel the heartbeat of Sumba is to meet its people, understand its religion, and witness its ancient rituals. Sumba made me realise that even the most compelling wilderness is not as interesting as the people who occupy it. 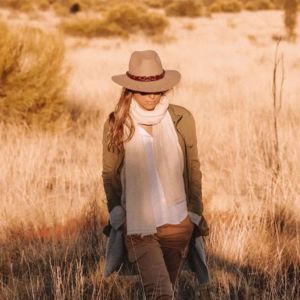