By crystal_wilde 17 July 2014
share:
Taking your clothes off in front of an audience is not something traditionally encouraged in Chinese culture. But with the rise in popularity of burlesque and pole dancing in Hong Kong, showing some skin in the name of art seems to be making its way out of the risqué realms of taboo. We speak to US burlesque powerhouse Angie Pontani on a visit to Pole Paradise Studio, and two local performers from Aerial Arts Academy at a photo shoot at House of Siren, to find out if sexy but safe entertainment is cultivating more acceptance in Hong Kong. 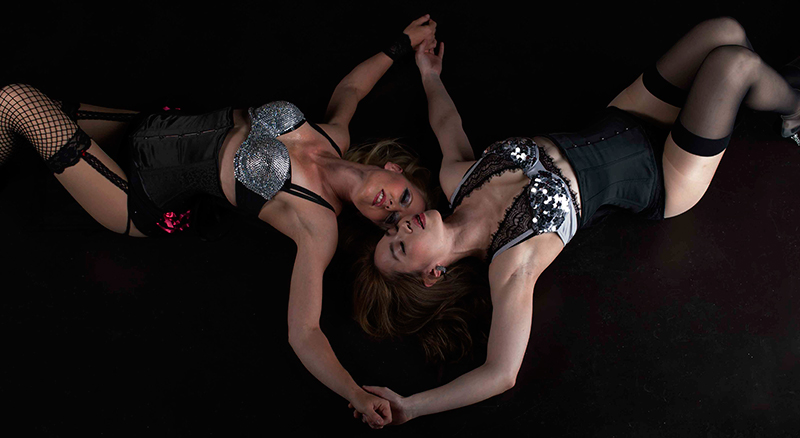 Derived from the Italian word ‘burla’, meaning ‘joke’, the art of burlesque was synonymous with comedy long before eroticism. Applied to the literary works of Chaucer and Shakespeare and the music of Richard Strauss, it’s been bandied about since as early as the 17th century, used to describe the caricaturing or ludicrous treatment of serious works. When Edwardian musical comedy pushed burlesque out of fashion in England at the end of the 19th century, it was briskly picked up by variety shows in America, which featured lewd comedians and increasingly exotic “cooch” stripteases. But with their popularity resting heavily on the free flow of alcohol, these shows were dealt a mighty blow when Prohibition came into force. 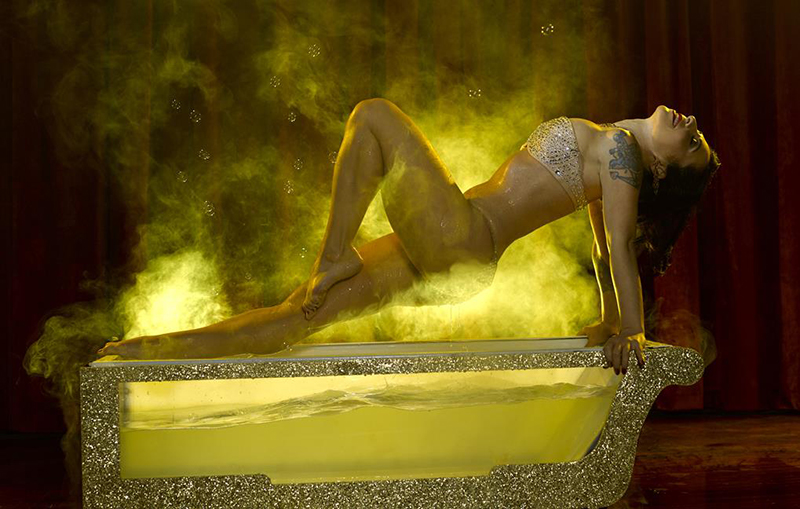 Angie Pontani has been making a splash since her teens

However, even a lack of booze could not kill the love for burlesque, as nostalgia for the spectacle was kept alive thanks to films like Cabaret and All That Jazz, finally cumulating into a cult revival (sometimes referred to a neo-burlesque), on both sides of the Atlantic in the early 1990s. Now the word is only really used to describe a retro style of dance/striptease, distanced from what is otherwise referred to as ‘stripping’ due to its choreographed nature, the presence of nipple tassels and its general acceptance as an art form from a bygone era. Undeniably embodying this golden era of burlesque, Angie Pontani has been personifying old school American glamour in the vein of greats like Tempest Storm and Betty Page since quitting school to join the chorus line in the Dutch Weismann Follies - a rough and ready speakeasy/cabaret set up in a New York apartment – at the tender age of 17. Four years later when the show shut up shop, Angie was determined to create something “just as fabulous” herself, marching her two older sisters out the dance on the Coney Island boardwalk dressed in makeshift showgirl outfits she created from her curtains and the plastic fruit from her kitchen table. 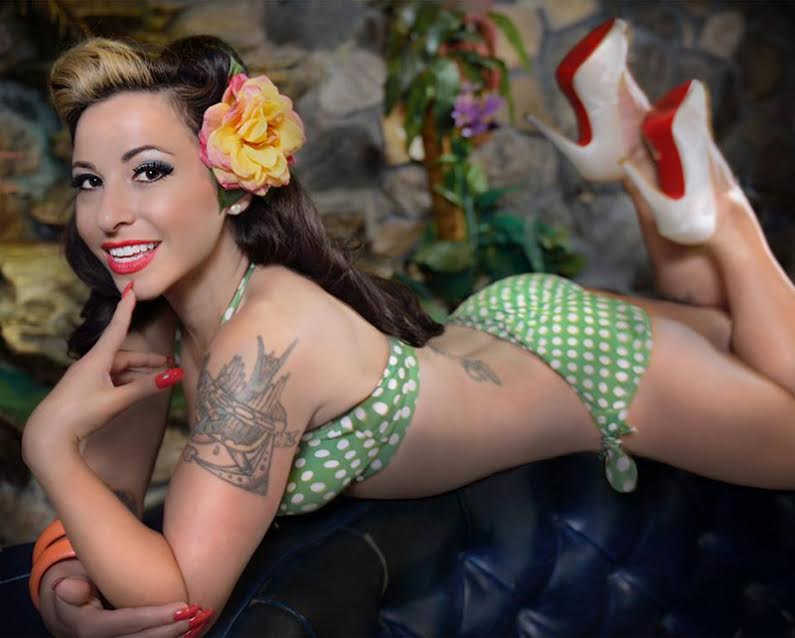 After years touring the world, appearing on TV and creating DVDs with The World Famous Pontani Sisters, Angie struck out on her own in 2006, and is still going strong at the age of 37, bumping and grinding in corsets and performing classic gloves peels in the most imaginative of settings. Back in Hong Kong to share her extensive expertise with the students of Sheung Wan’s Pole Pardise Studio, Angie reminisced about performing her ‘baseball routine’ at Dragon-I two years ago, the first ever burlesque performance in the club. “I could tell a lot of people were seeing it [burlesque] for the first time,” she told Localiiz. “They were a bit confused to start with, but by the time the show finished it had completely blown their minds!” Despite still describing the Hong Kong scene as “in its infancy”, Angie is convinced burlesque will soon bloom in the Fragrant Harbour. “Burlesque has got something for everyone, and if you don't like it, you probably won't like a lot of things,” she said with a cheeky wink. 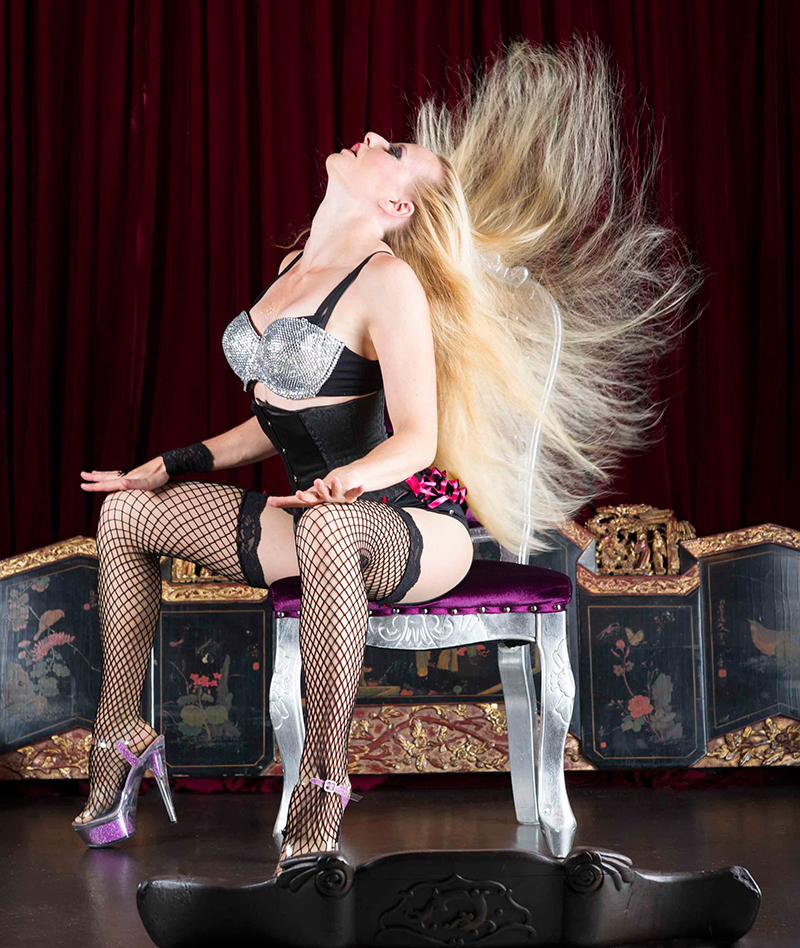 Ea Holm, who teaches lap dance and burlesque at Hong Kong’s Aerial Arts Academy and performs as a freelancer, is proud to be part of the emergence of the movement in the city. Describing sexy as her “default mode” and insisting she feels more comfortable with her clothes off than on, this red hot Danish dish is keen to see the local entertainment spiced up. “I don't think it's as daring as it is abroad. It's very rare the bra comes off here. Coming from Europe where people sunbathe topless, and especially where I come from where everyone is topless everywhere, I would expect that every time. But here, most of the time I don’t get to show off my nipple tassels,” Ea complained. 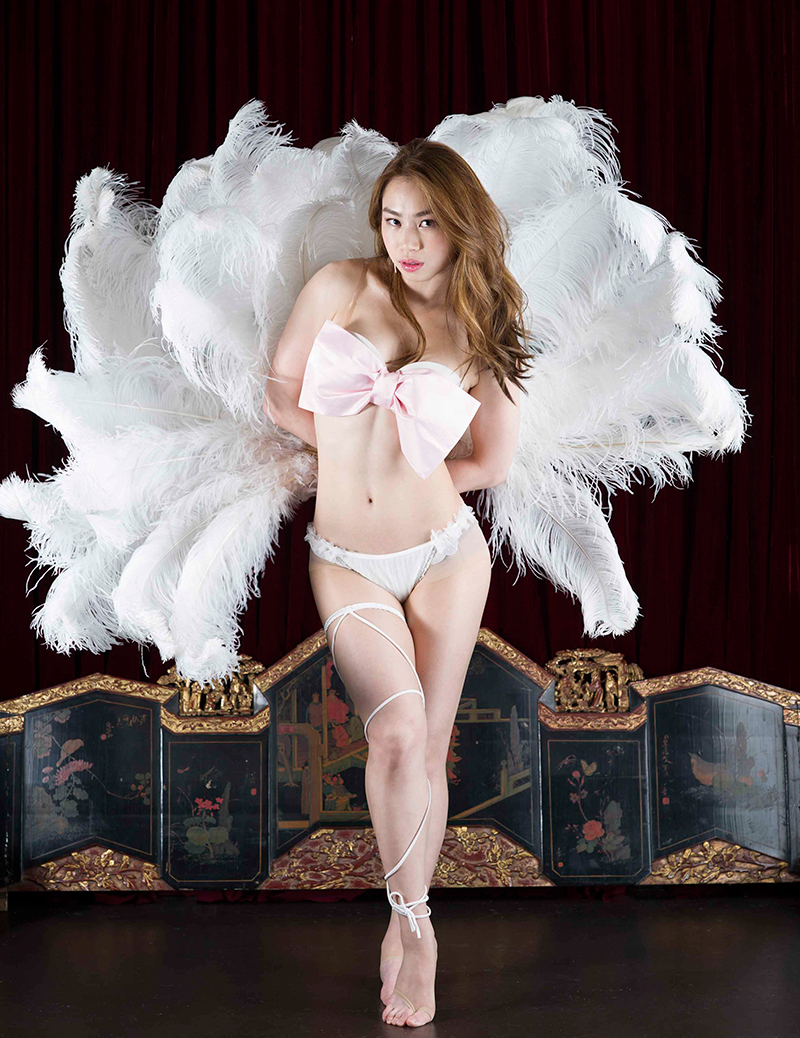 Natalie Choi (Aerial Arts Academy) is one of many Hong Kong girls to fall in love with burlesque: By MJ Photography HK

However, there are clearly still some cultural barriers to burlesque (at least as it’s known in the West) in Hong Kong. But as a new generation of local girls begin to embrace genre, even the most conservative minds are being cajoled to change. Born and bred Hong Konger Natalie Choi faced disapproval from her parents when she first quit cupcake baking and wedding planning to become a full time performer and teacher of all things sexy. Originally only taking lessons herself to surprise her boyfriend, she became addicted to the buzz she felt when strutting her stuff. “Before my parents were not impressed, but now they've seen my career take off and my confidence grow, and when they come to see my performances they feel happy. I might only be wearing underwear, but they know now that it's just a performance.” 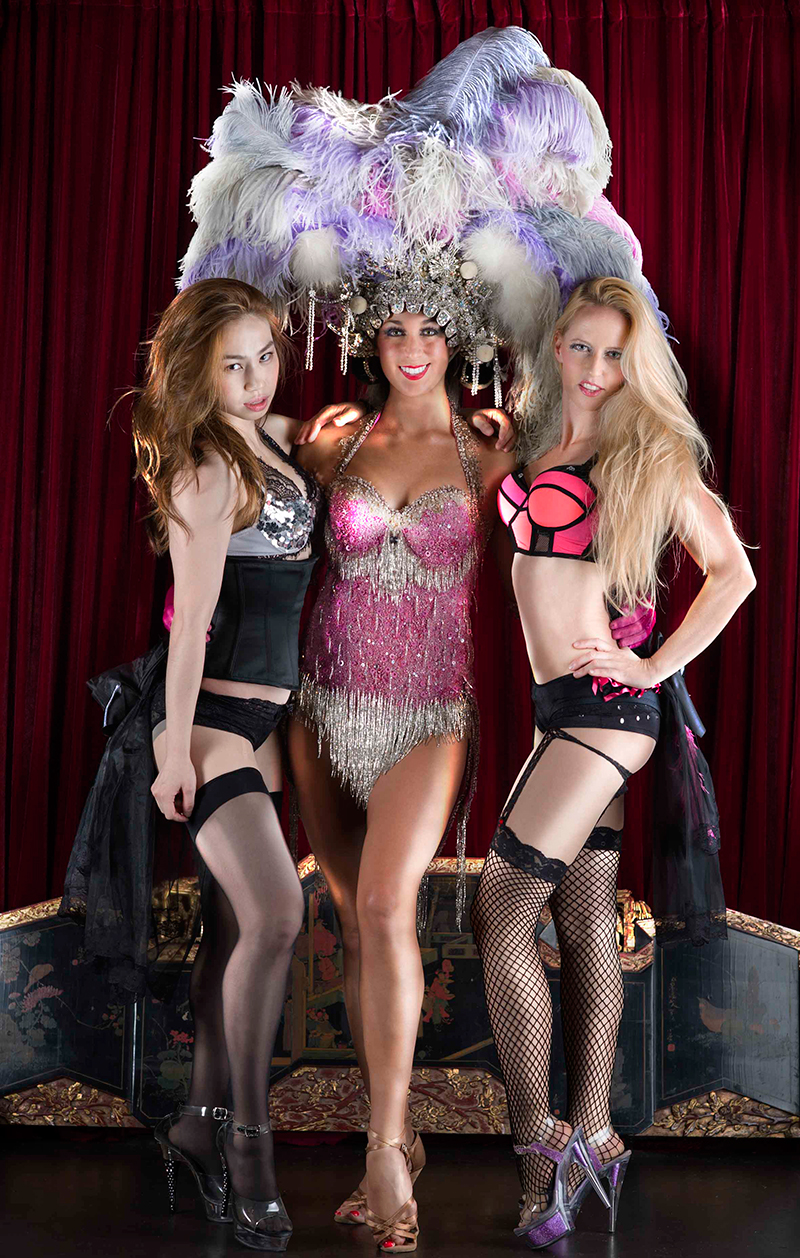 Natalie says she’s seen similar transformations in the local girls who come to her classes. “When they start they are very shy and come to the classes wearing long pants. But after just a few sessions they're all in their knickers,” she giggles. But with this sexualisation, of course, comes accusations of objectification; the argument that burlesque in no different from stripping and porn in regards to its exploitation of women. However this was a suggestion unwaveringly denied by all the women we spoke to, particularly Angie Pontani, who insists burlesque is a “gals’ game”, and “a business women are kicking ass at”. 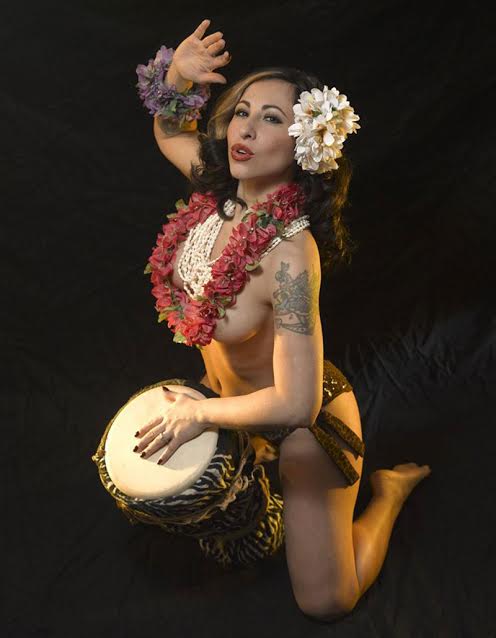 Angie on the bongos

“A lot of people actually call it a feminist movement because it's women reclaiming how they present their bodies and what it is to be sexy,” Angie said. “I'm my own boss, I get to travel constantly and meet amazing people, and I get to do stuff like swim out of a giant oyster shell and swing and glittery baseball bat. Basically, the women who do burlesque are saying, ‘I can wear red lipstick and tease my hair without losing my identity as a feminist’.”

To try pole dancing, aerial arts and other sexy dance forms for yourself, contact Pole Paradise Studios, which has locations in both Sheung Wan and Sai Kung. House of Siren in Mid-Levels is available for hire (with special rates in July and August), and can also arrange entertainment (including burlesque dancers), catering and amazing original costumes for clients.